The computer hangs, blue and black screens, does not reach the load of Windows. Computer Support - HWzone Forums

The computer hangs, blue and black screens, does not reach the load of Windows. 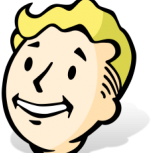