Bezeq fiber - has anyone already experienced and can experience an opinion? Networks and Internet - HWzone Forums

Bezeq fiber - has anyone already experienced and can experience an opinion? 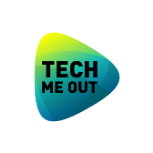 All the fibers work great and give you full speed, no matter if they are from Bezeq, Hot, Unlimited, Partner, Cellcom .. If there is fiber, no matter whose = it is better than without fiber.

Thank you very much man, who would have believed that such a simple setting in a converter did such damage .. I was already crazy about it! I will finally update in a few days that everything is going smoothly. @NR