Drivers for the latest games? • HWzone GeForce Experience only

Users are again angry at NVIDIA, This time due to a decision to require registration and installation of dedicated software for obtaining Drivers Which accompany the major game launches

NVIDIA is a leading video card maker in the market by a considerable margin, so it's likely to make a lot of right business moves - and yet, it doesn't appear to be immune to puzzling and really popular choices either.

First we saw the story of the unique graphic memory (some will say 'broken'Geforce GTX 970, after that we saw close marketing and sponsorship for Arkham Knight that turned out to be a headline that wasn't quite ready to operate on any video card from a manufacturer - and now we're making a decision to "lock" some of the drivers (drivers) distributed by the manufacturer within the applicationGeforce Experience that is not particularly popular. 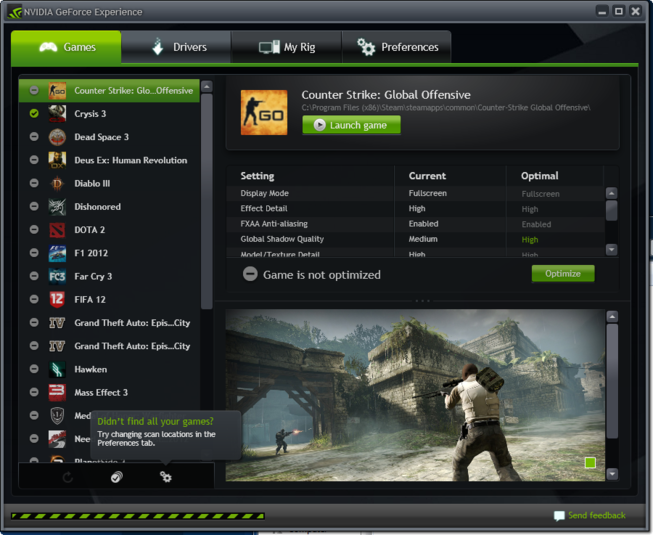 B-NVIDIA Declare that the drivers that accompany the launch of prominent popular titles, called Game-Ready Drivers and include hardware adjustments for that specific title, will only be available to those who register, download and install the company's GeForce Experience app, which is a sort of online center for all capabilities And features related to the company's products - getting optimal gaming settings based on system hardware, video recording of what appears on screen, streaming live games from the network, streaming games from your PC to devices Mobile Supporters and the like.

The company's general drivers, which are usually distributed once a quarter, will still be available to anyone on geforce.com as before, but those who want to spend most of their performance in a fresh game, Star Wars Battlefront (probably the last title to win the Game-Ready driver available for standard download on the NVIDIA website) will need to do so via theGeforce Experience.

In addition to the fact that people on the Internet do not like situations where they are 'robbed' of what they have gotten used to freely,Geforce Experience because it is ultimately an application that runs in the background on a regular basis with a certain resource consumption. The fact that this software tends to operate slowly and with various errors and mishaps, which makes it even more desirable to use it compared to the alternative of installing a clean driver without unnecessary additions, does not help either.

Was the decision to annoy some consumers equal to the move, which is apparently intended to increase exposure to the services and related products that NVIDIA markets? We hope so, because it seems that relative damage has already been done and the wheel can no longer be reversed.


Wait, there's more!
Join To the group of zon And you can receive exclusive updates on various offers on the net, share content that you find interesting, consult with members of the site, and more - Join now!
Tags
NVIDIA AMD Radeon graphic cards Geforce
Share
Facebook Twitter LinkedIn WhatsApp Telegram