Windows 10 will receive official support for at least a decade

Recently, we heard a number of comments from Microsoft about the need to switch to access in which the window system will be given a service, rather than a shelf product that changes every few years as it was since its first version to this day. Terry Meyerson, in charge of development Windows, Even though it sounds that declares Windows 10 will be the last Windows system we will need to purchase.

We do not know whether Microsoft has any concrete plans to transform Microsoft Windows 10 to the latest windows system, but judging by the information about its support period it will receive the software grant - in fact nothing seems to have changed.

10 Windows will enjoy mainstream updates, which will add features and features to it, by October of 2020 - and then receive updates Security And bug fixes for another five years, until October 2025.

It sounds like a lot, but according to Microsoft, it's the same service they received Windows 8, Windows 7 and even Windows Vista in the past - and a little less than it received Windows XP Which, as is well known, has enjoyed several extensions for its period of security support because of its great popularity (which continues to a large extent today). 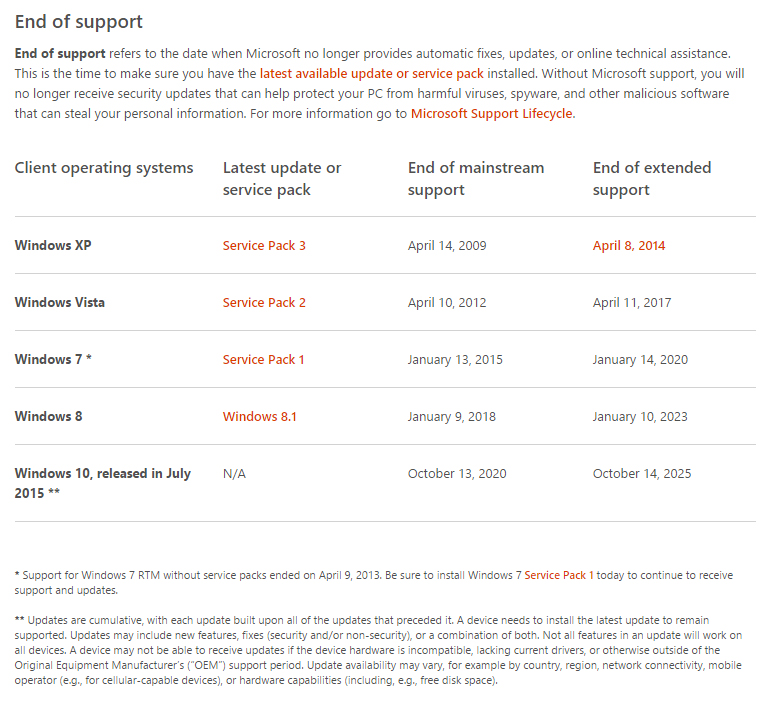 Does all this mean that in a few years it actually looks like a system Windows Another (seemingly the one that will be given a service, not a product)? Let's hope that Microsoft already has some sort of organized idea for the rest of the way.