If you are not yet convinced that a tiny computer can satisfy all your needs just like a full-size, fifth-WALNUT The chip giant might do the job

After an unusual period of industrial silence, Intel seems almost ready to step up and come back to life with new processor families - this time for crowds, And not just players and professionals with deep pockets. we are talking about The Kaby Lake וApollo Lake Of course, they are supposed to win official performances over the next two months, and in the meantime are starring in a number of very interesting slides At the fanlesstech.com site, As those who will launch a new generation of Compact NUC Computers.

The new generation will continue to provide us with tiny, dual-core Core i portable processors, with low profile models based on only SSDs on the M.2 connection and higher models that will also have one SATA 3 drive space in the 2.5-inch configuration, with the choice of the Core Series processor i3 in the base models, the Core i5 processor in the middle models - and a very intriguing Core i7 processor with a built-in graphical core from the Iris family of Intel And with an enlarged thermal envelope of 28 watts in the upper model. 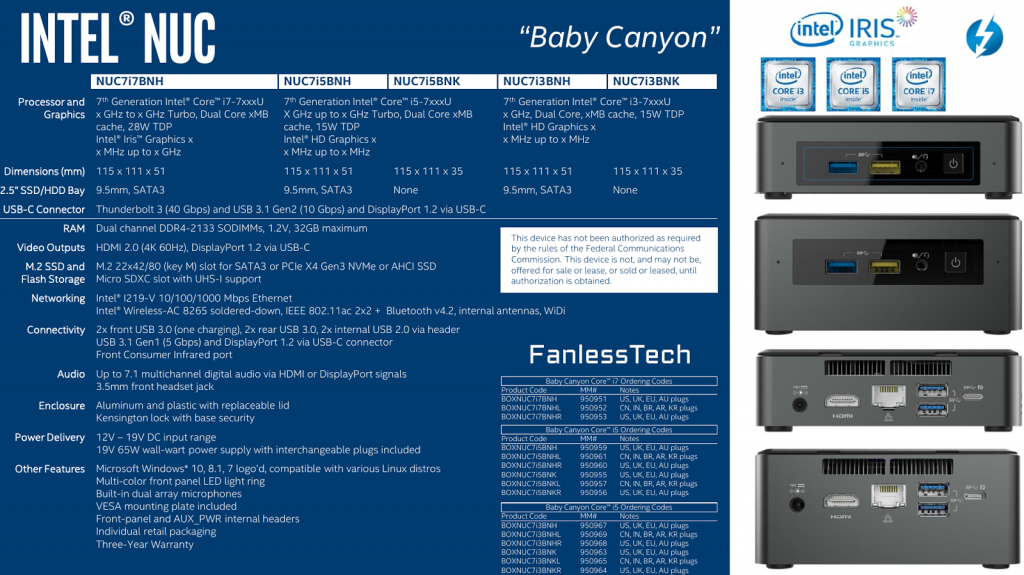 Thecore The new ones will offer an aluminum and plastic casing in black or dark gray - which looks much better than the silver from previous years, to our taste

Some NUC core models (named after Baby Canyon) will include one type USB Type C connection with support for Thunderbolt 3 technology for transmitting data up to 40 GbpsAnd support for connecting external video card stands, as you will recall), And all models will also offer a pair of grooves for memories DDR4 Up to 32 GB and output HDMI 2.0, to support advanced display resolutions of up to Ultra-HD. Not bad at all. 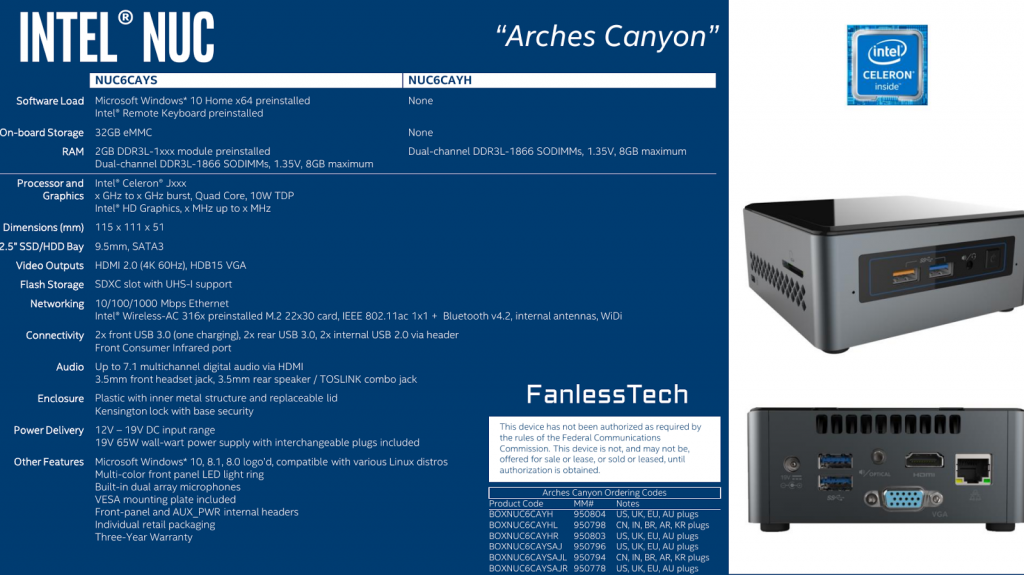 At the low end, a pair of NUC models will be proposed based on the new atom processor family (one with a system Windows 10 pre-installed and the other with no operating system), high version with 2.5-inch drive and no M.2 connector, 14-inch Celeron-branded core processor, support for 3GB maximum DDR8L memory and connection HDMI 2.0 with support for Ultra-HD display, next to the old analog VGA connection. 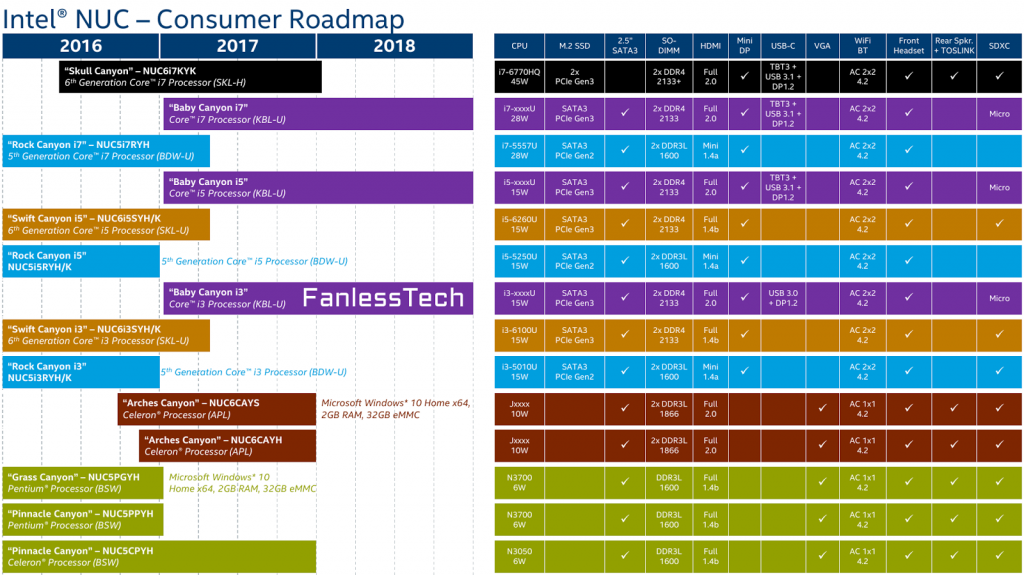 Roadmap designed to launch models - Celeron At the end of the current year, andKaby Lake At the beginning of 2017

This is another important upgrade for the NUC family, which seems to be more effective and relevant with each generation Processors New - and we're expected to meet them in stores starting last quarter of 2016, when it remains to be hoped that prices will be even more surprising and competitive than we have ever met. 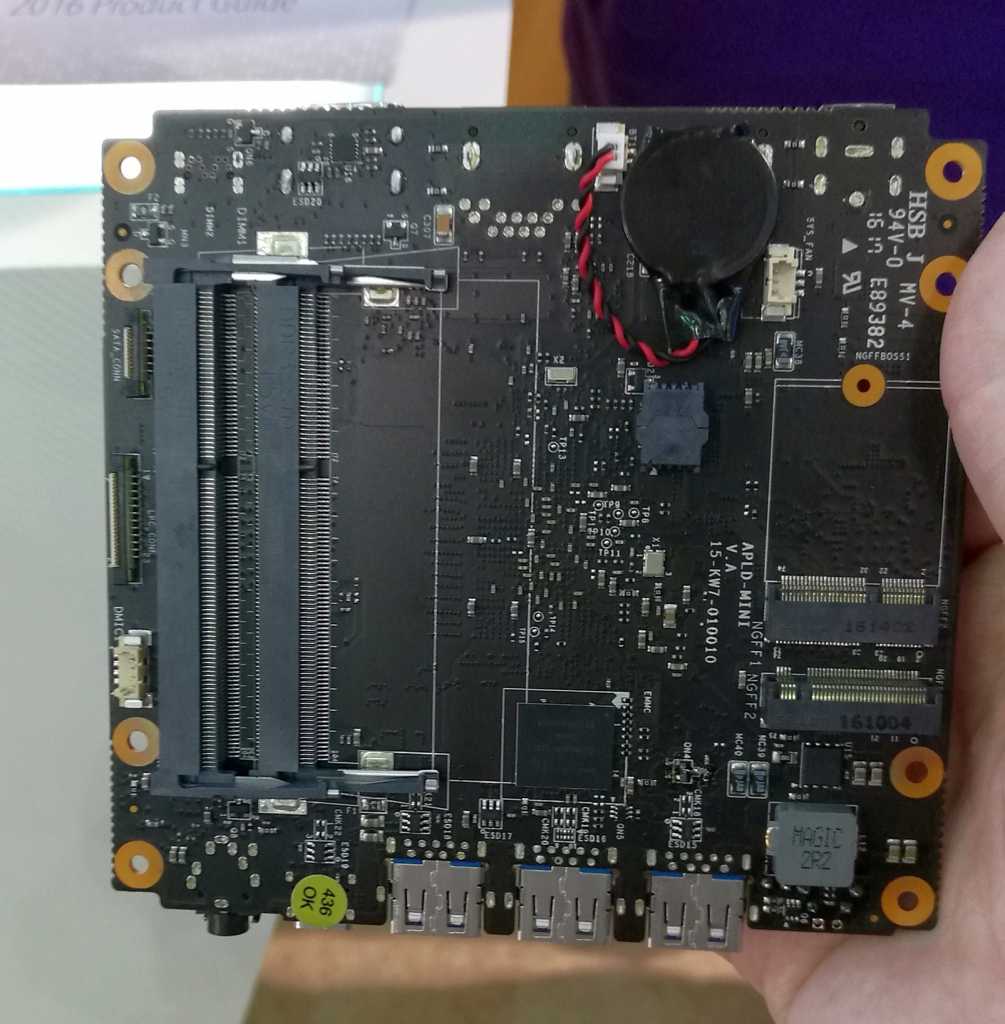 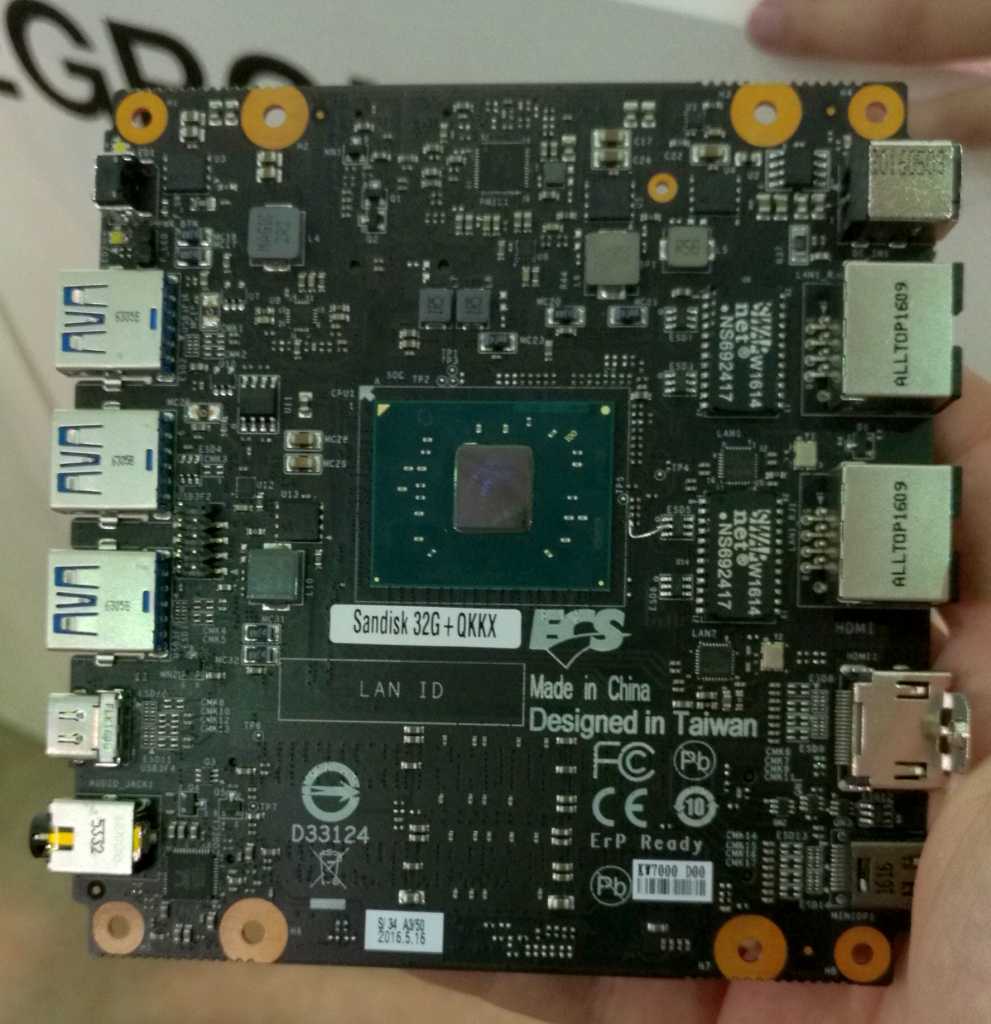 At the same time as Intel's own programs - it seems that other hardware players are already preparing products based on the new generation chips, as seen in this miniature motherboard document from ECS (the popular mini-maker of the LIVA family), which is also based on the Apollo Lake chip , From the site anandtech.com