We already know Which is NVIDIA's GTX 980 Can reach psychic speeds, whether in the "conventional" speed range or not As part of the use of advanced refrigeration devices, But now he manages to break his own records once again - with the kind help of Asus.

The Taiwanese manufacturer has introduced a new and prestigious GeForce GTX 980 model 20th Anniversary Gold Edition (20), which offers a basic 1,317MHz working frequency and a maximum 1,431MHz Boost frequency, which makes it faster by 17 than the XNUMX,GTX 980 The standard and the card with the highest working frequency "from the factory" that we have encountered to date. 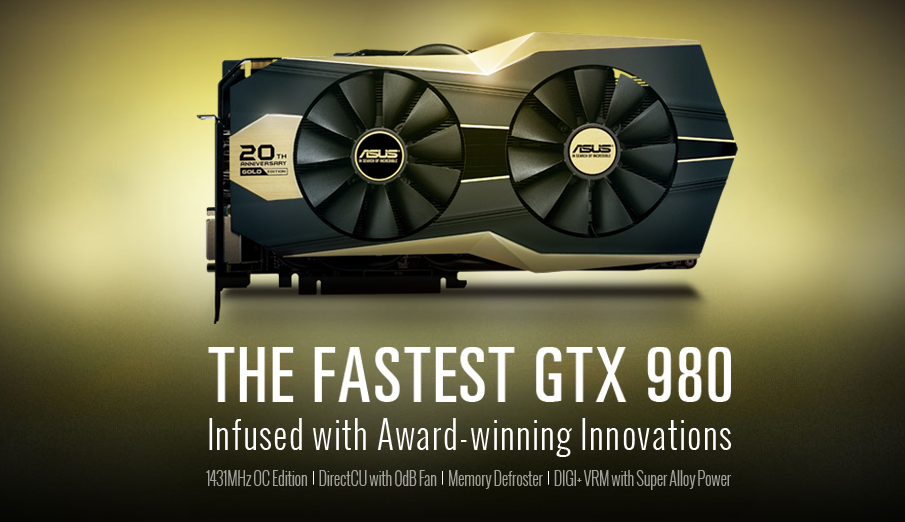 It is not yet clear how this Gold Edition will be priced, but anyone interested in the card GTX 980 Based on the most successful chip that has come off the production line - (probably) no longer need to look anywhere else.