An online store called PC Connection has added its site for pages Six processor models Stationary from the Skylake section Future של Intel, Including prices for pre-order - which gives us an initial, specific indication of the prices that are expected of us in the new generation that should arrive in a few months.

model Core i7-6700K The upper is offered at the price of 401 dollars, while the model Core i5-6600K Which can be purchased on the same site at 279, where in both cases prices are several times higher than the prices of the corresponding models from the Haswell (updated) Devil's Canyon), God-Core i7-4790K andCore i5-4690K. 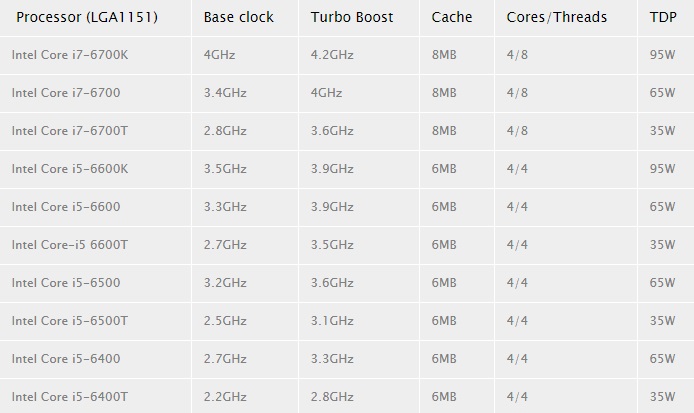 From past experience we already know that pre-order prices for processors tend to be significantly more expensive than the official recommended prices sold after launch, but when it comes to an addition of between $ 30 and $ 40 per model compared to its predecessor, it seems to significantly reduce the chances of "surprising" price reductions. Of Intel, if anyone expected such. It seems that at best the Skylake generation processors will officially go up just like their predecessors, or be a little more expensive at worst. We hope to receive the answers already This coming August.