Can 10 windows only qualify as subscribers? 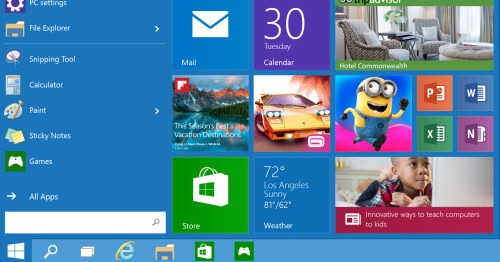 After many years in them Microsoft Office Will price Windows at a price that is not accessible to all, online reports indicate that the company plans to offer its next operating system as a 'Freemium' service to subscribers

Windows as a subscription service? Recent reports, which arise after a conversation with Microsoft's VP of operations Kevin Turner, Indicate that the company plans to offer one option in which it will be possible to purchase the system Windows 10 Subscription eligibility with a fixed monthly payment. The possibility, which came after many years in which rumors of the integration of this pricing method in the operating systems of the company is expected to come, will allow users to enjoy everything that Microsoft has to offer and affordable to everyone.

One of the questions that answered Microsoft's new direction was whether the company would start losing money on its new operating system. Windows "This is not a conversation we had in the company. The thing is that we need to profit from the system in a different way today. And there are services that accompany it. We have a golden opportunity to bring more and new services to the product, and do so in a completely creative and new way."

But what does it mean to consume our next operating system as a subscription service? First of all, we will have to assume that our Microsoft user (which only in Windows 10 has appeared as an option to log in and join the system) will be at the center of the new subscription service. With services like Office 365, Skype OneDrive storage service and music service Xbox It is possible to assume that packages that include all the services that Microsoft has to offer on its broad platform will also be available for consumption, in addition to basic operating system packages alone. Because of the monthly pricing, a price tag that is no higher than 20 ($ 10) will have to be where users will be able to earn from the subscription service, and it will still be more profitable than ever to purchase a system license.

With over toA million and a half users Who are trying the earlier version of the operating system Windows 10 of Microsoft Office, Which brings a number of significant upgrades compared to its predecessors, it appears that using a new method of consumption the company can create a product that is not only accessible to all, but it also answers to everyone's problems.