While the world's largest gaming conference is taking place in Germany alongside the Hot Chips and Micro Architecture Conference at Stanford, announces Intel On the series Processors New Lightweight Mobile - First with 6 Core and 12 Capacitors

Another step in the evolution of power for laptops comes with the launch of a new series of processors today Intel. Meet Comet Lake, the series Processors Headed by the first processor that comes in 15W heat casing only and 6 physical and 12 logic cores.

Since the launch of the eighth-generation Coffee-Lake processors with Core i5 8250U and i7 8550U, the lightweight mobile world has greatly upgraded and expanded the number of cores from 2 to physical 4. Today there is also a new possibility thanks to technological enhancements of Intel And maturation of the production process. 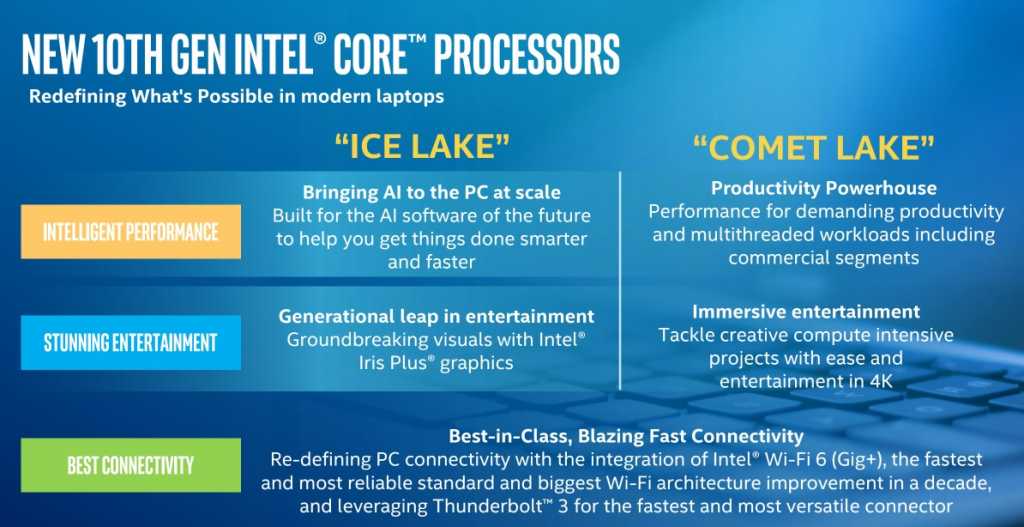 Tenth Core Generator Processor Intel For computers Mobile Split between two series starting today. One is the recently announced Ice-Lake. Series Comet Lake The new one mainly comes to be used by those who need more power in a low heat jacket. 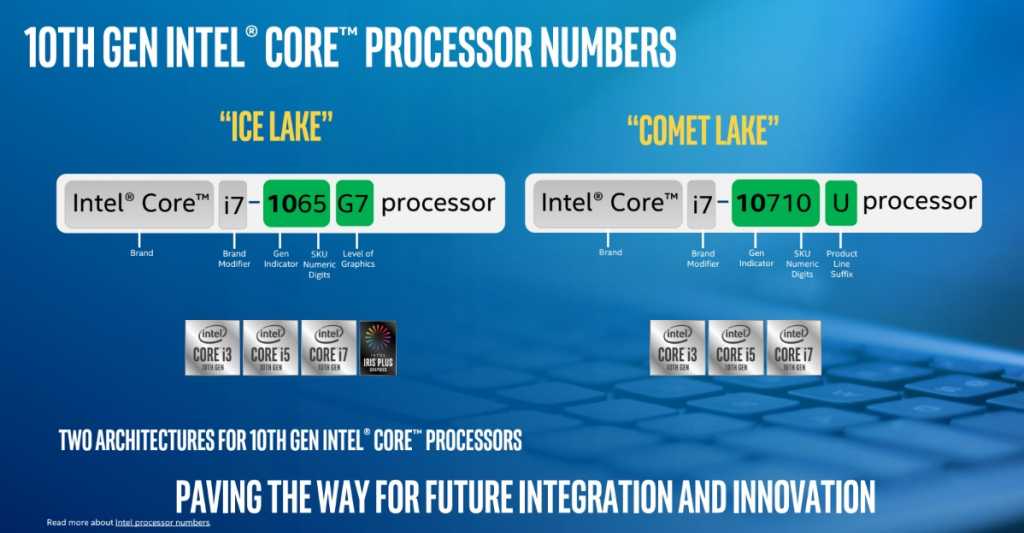 Along with the new series, there are also new names. While the Ice Lake processor calls for example 1065G7, the Comet Lake processor retains a bit more of the traditional switching form, with the 10710U for example. 10 At first it means series 10. The big difference that needs to be recognized There are no two series is that Ice Lake is manufactured in a 10 nanometer process and includes Core Advanced graphics (what Intel calls the 11th generation), while you have Comet Lake Made in the "traditional" 14 nm process. 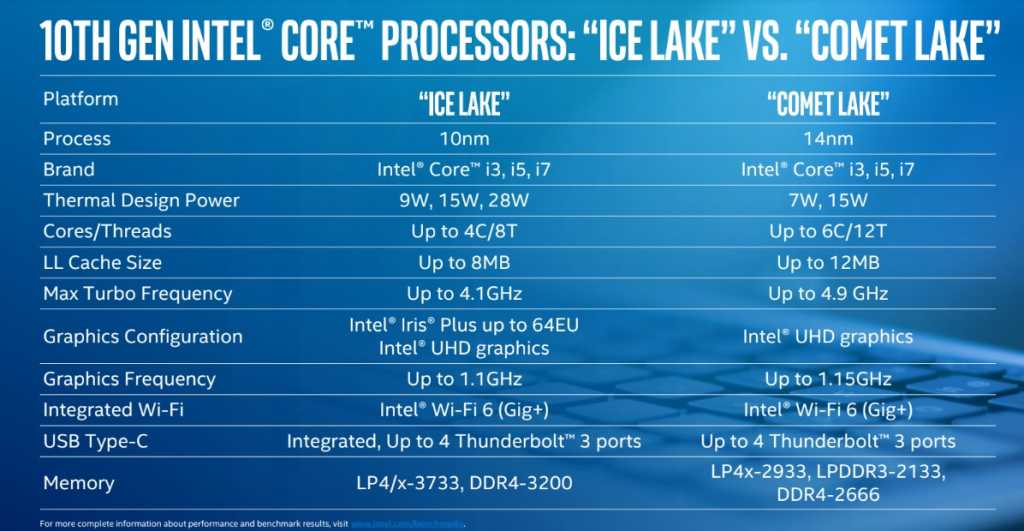 Here's a little more about technical characteristics between the different series. The Comet Lake series also accepts Thunderbolt 3 as an integral part of the system and ultra-fast WiFi support. Series Comet Lake Can come in 7W heat casing with Y processors and typical 15W heat casing in U series when there are exceptions as well. 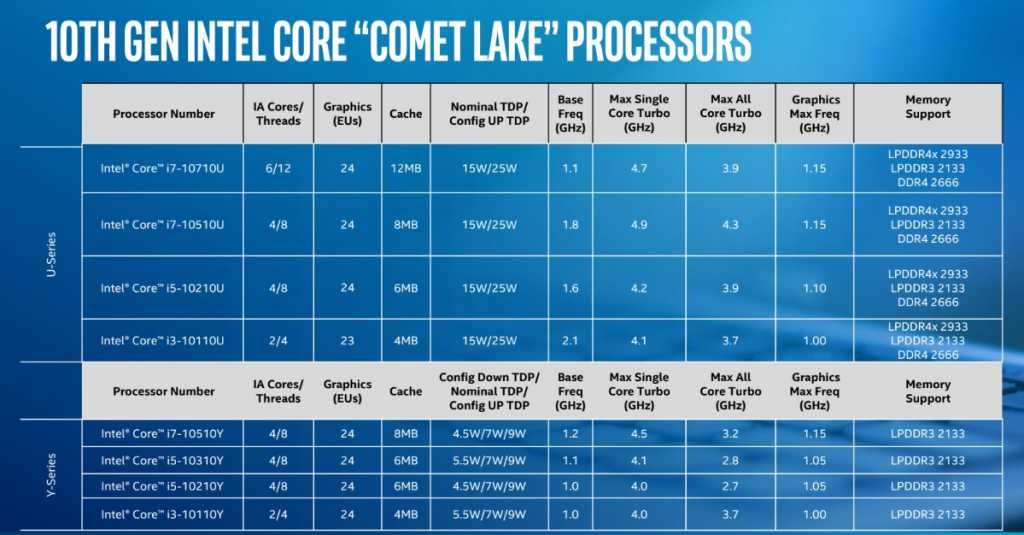 The processor core i7 10710U is actually the world's first processor for laptops that contains impressive 6 physical and 12 logic cores using HyperThreading technology and all in 15W heat casing (!). We believe there is actually the potential for an extremely easy workstation. This processor has 12MB of זיכרון Third-level cache, basic 1.1Ghz frequency and automatic acceleration up to 4.7Ghz for one core and 3.9Ghz for all cores.

Of course it is important to put asterisks in the right places. One big thing is that the actual operating frequencies will depend mainly on the different laptops manufacturers. Solutions Cooling Relatively small ones will bring in the computer Mobile Which will have lower operating frequencies when working. Note that the laptops manufacturers also have the option of configuring the processors for the 25W heat casing. If they do, processors Comet Lake The newcomers will on average work at higher frequencies.

A processor like the Core i7 10710U with an efficient and compact cooling solution can certainly serve a laptop weighing around one pound for chores like video renderings, encodings and chores so far Processors The owners of the 4 cores had little difficulty with them.

The Y series with the smaller heat casing also gets upgraded when models with 4 cores and 8 capillaries first appear, something that didn't exist before. The series is led by the Core i7 10510Y. This series supports memory DDR3 And comes in 4.5W, 7W and 9W configurations. That means we will see Processors These appear on various tablets, ultra-compact laptops, and other smart consumer products that work primarily on battery. 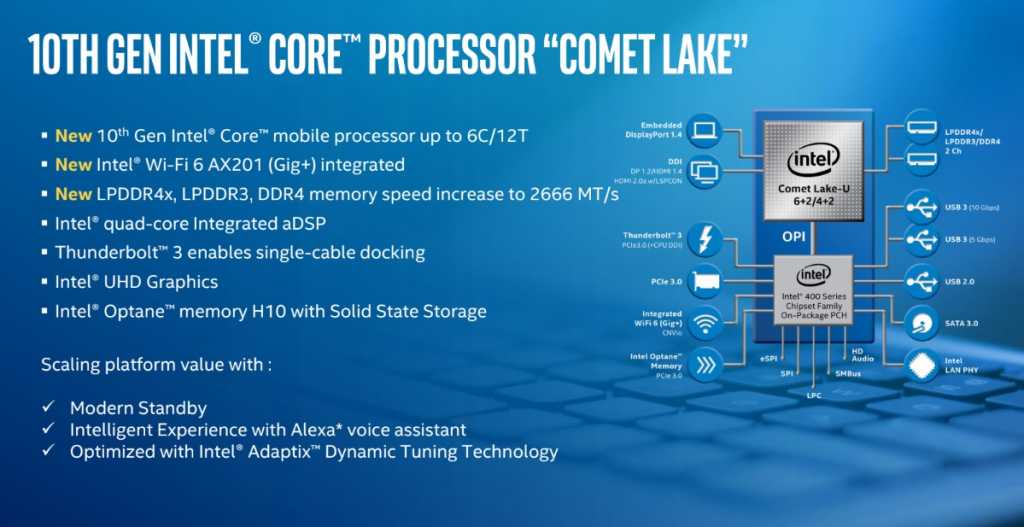 Is this a serious news for those who find it difficult to find the balance between a mobile workstation and lightweight laptops? We hope to know soon as we go out to new laptops for stores with processors Comet Lake Elaborate.