A trip to ASRock's booth at CES 2017: Who asked for a motherboard and did not receive?

The Consumer Electronics Show is defined, as the name implies, as an exhibition for home electronic products - but that does not mean that it did not represent some of the most prominent (and also some less prominent) players in the hardware world, who may make an effort to show us all the good things they made For 2017.

We popped in to visit the booth of the amiable ASRock company, where we were greeted by an impressive column of new and sophisticated motherboards - also for Intel's LGA1151 bracket and its Kaby Lake processors, But also for the new AM4 chassis, The most important and the most important AMD Which will begin its path with the E-RYZEN, And will continue to serve us in generations and other product families as well.

For future processors of AMD We saw both boards based on the leading X370 chipset, both the B350 mainstream chipset, and even the basic A320 - with the leading model being the X370 Taichi (not related to that special Asus laptop) and boasting metal-reinforced PCI-Express X16 slots for length Days, a pair of M.2 connectors for drives SSD New generation, support for connections USB 3.1 10 Gbps, connectivity Wi-Fi 802.11ac is built into the board and more, and the AB350 Gaming K4 model also includes a slot PCI-Express Reinforced and a pair of M.2 connections, which is quite respectable. 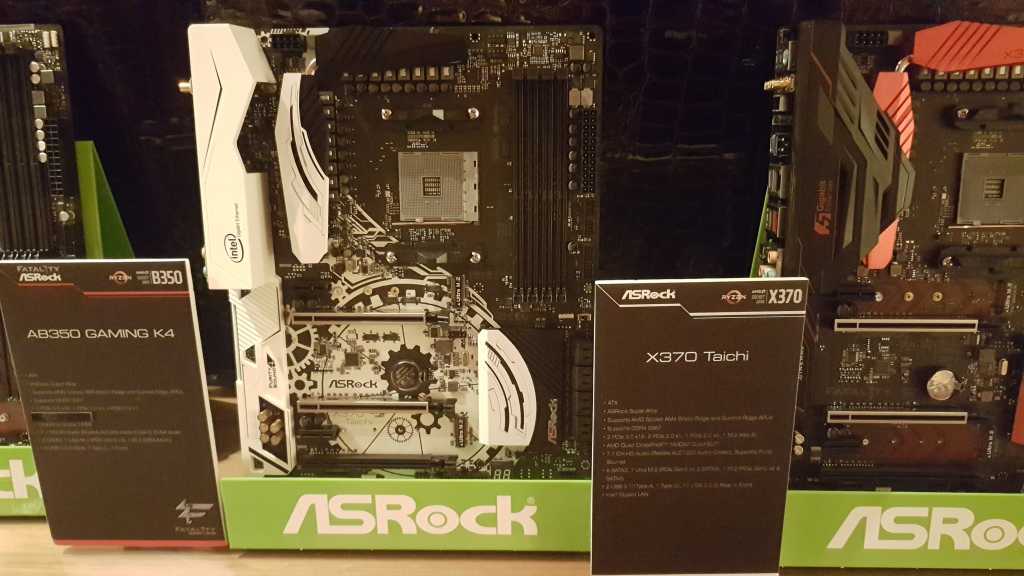 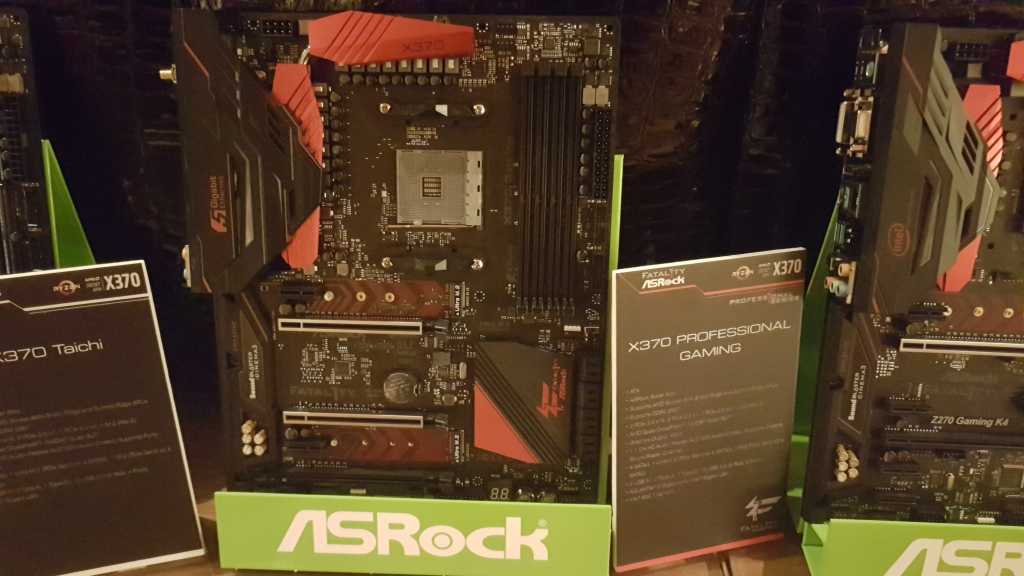 Also in the computer sector of Intel We met a motherboard under the Taichi brand, this time based on the equivalent Z270 equivalent chip set, with almost identical black and white design but also with no less than four PCI-Express 3.0 X16 slots, 3.1 10 X- Bit, and three M.2 connections, two of which are suitable for the reception of the first products in the innovative Optane family Intel. 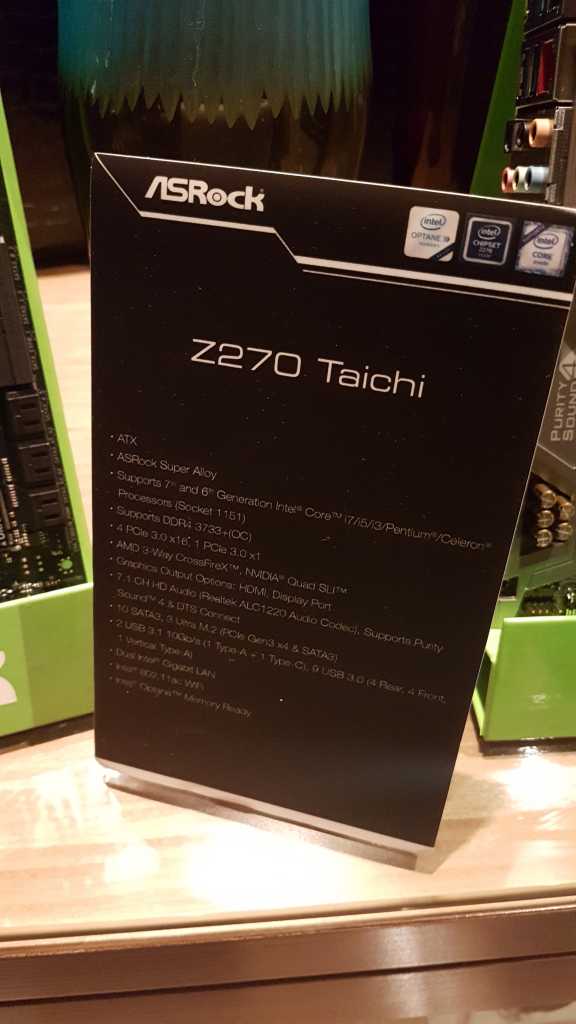 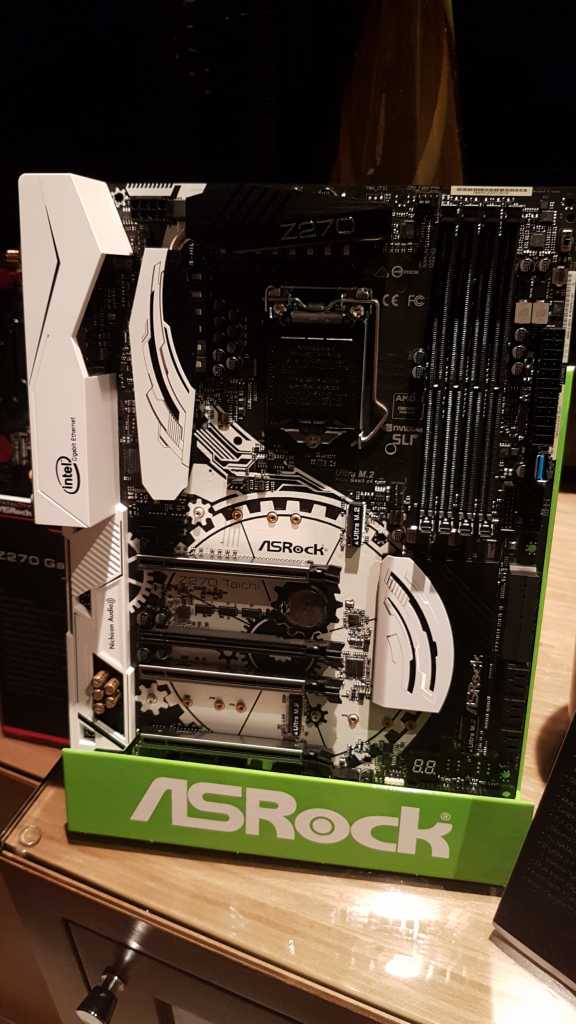 Another advanced product was the Z270 Supercarrier which offers a structure with lots of impressive metallic components, two USB Type C connections with support for Thunderbolt 3 technology - and even chip New from Aquantia that has an impressive Ethernet connection of 5 Gigabit per second. It will be the most advanced board on the company's current line and will carry a massive price tag of approximately $ 400. 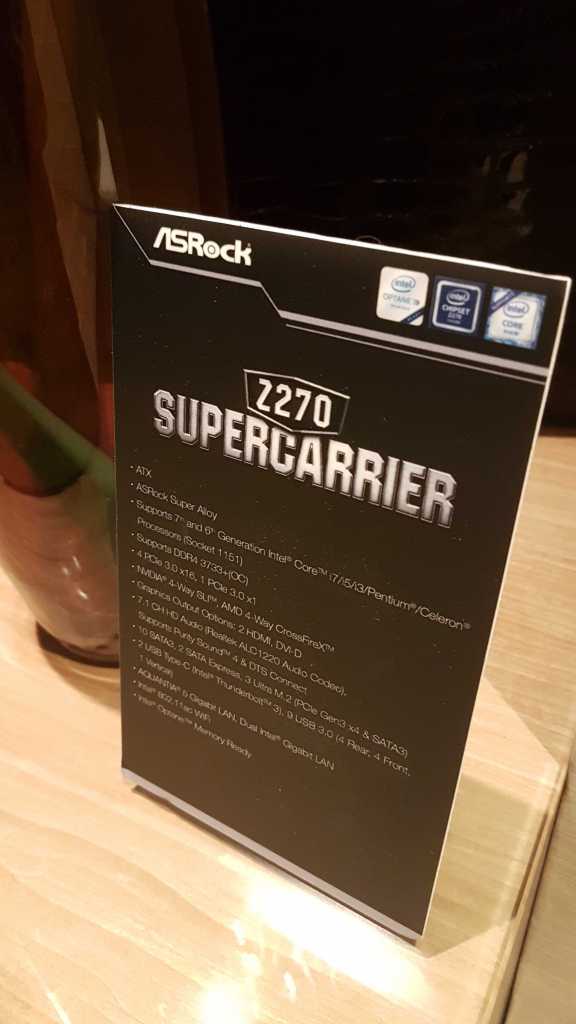 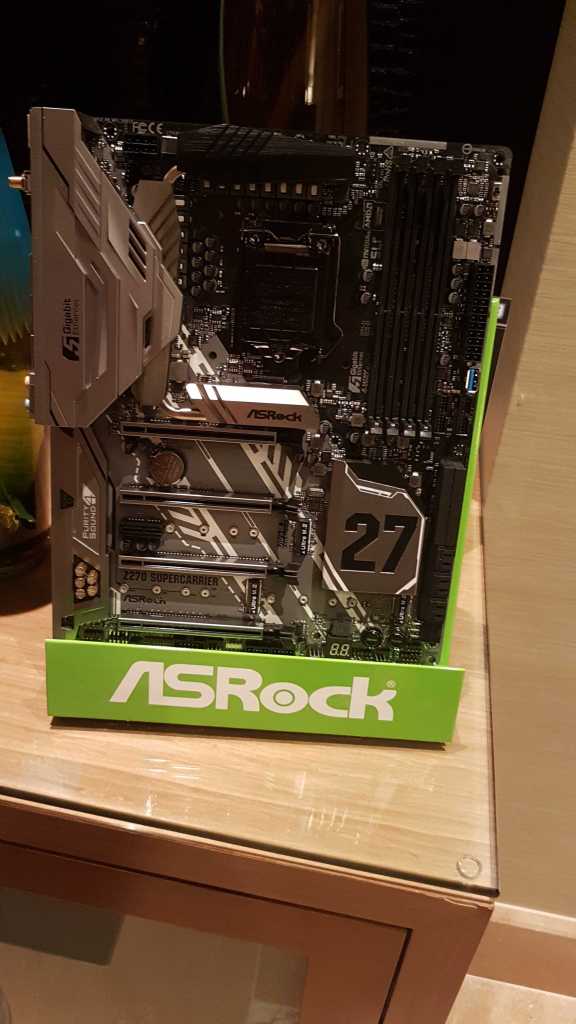 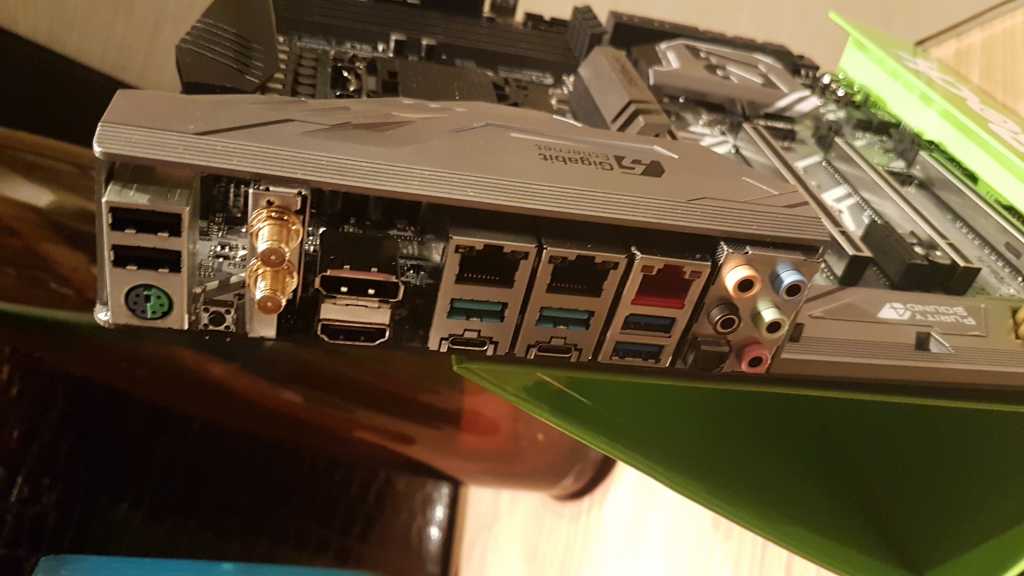 Another interesting model that meets the name Z270 Gaming-ITX / ac, offers the compact dimensions of the Mini-ITX standard, including a metal-reinforced PCI-Express 3.0 × 16 slot, a Thunderbolt 3 support connection, one M.2 connection and also 802.11 Wi-Fi connectivity Built-in AC - with a designated price tag of less than $ 200. 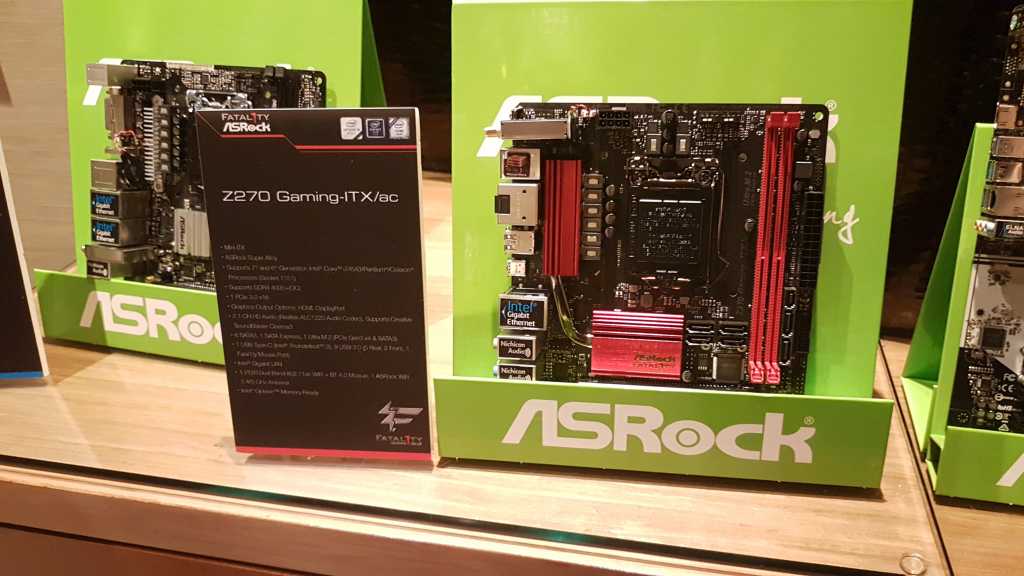 Another area where ASRock invests more than other motherboard manufacturers is in the new STX configuration Intel, Which is even more compact than the common Mini-ITX.

The manufacturer plans to offer a one-of-a-kind tablet with a compatible chassis for this field, which will support the new Kaby Lake processors, will include three M.2 connections for SSDs, one connection with Thunderbolt 3 technology - and even a dedicated MXM connector for a portable video card, With support for the GeForce GTX 1060 model NVIDIA Or the Radeon RX 460 / 470 / 480 models AMD, Which will actually allow for decent performance for both general processing and mid-range gaming plus in minimalist packaging with a volume of a few single liters. Very cool! 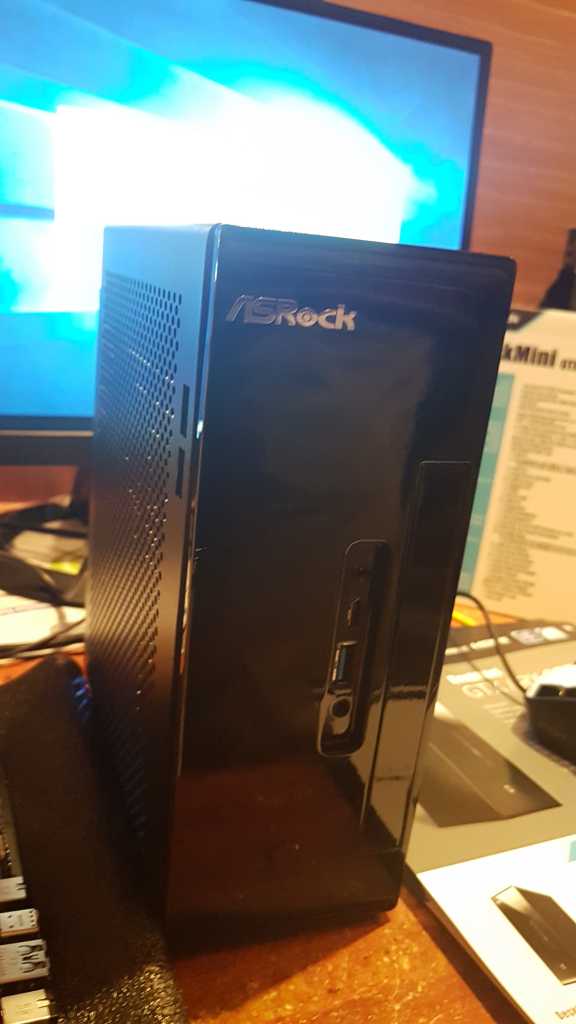 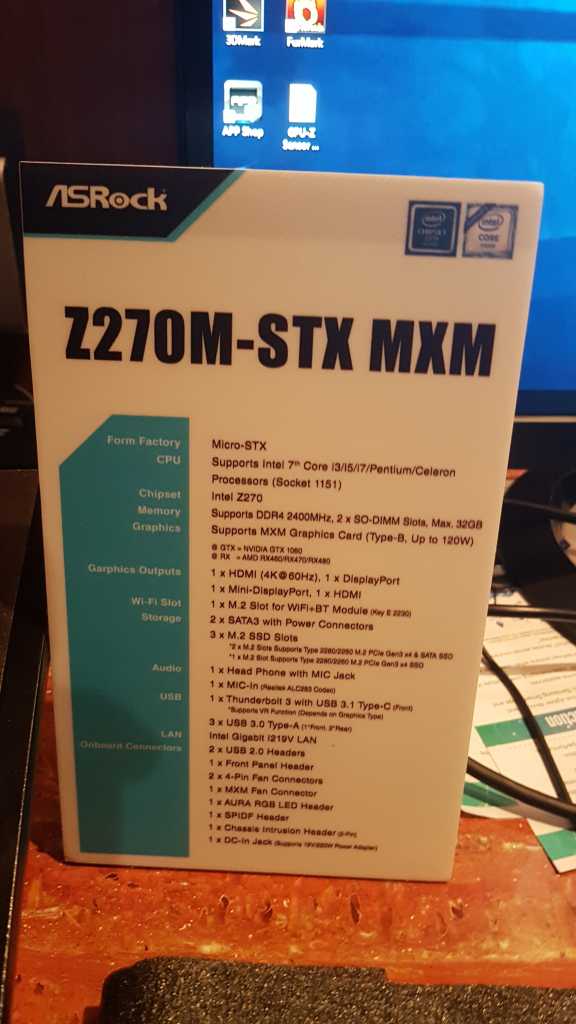 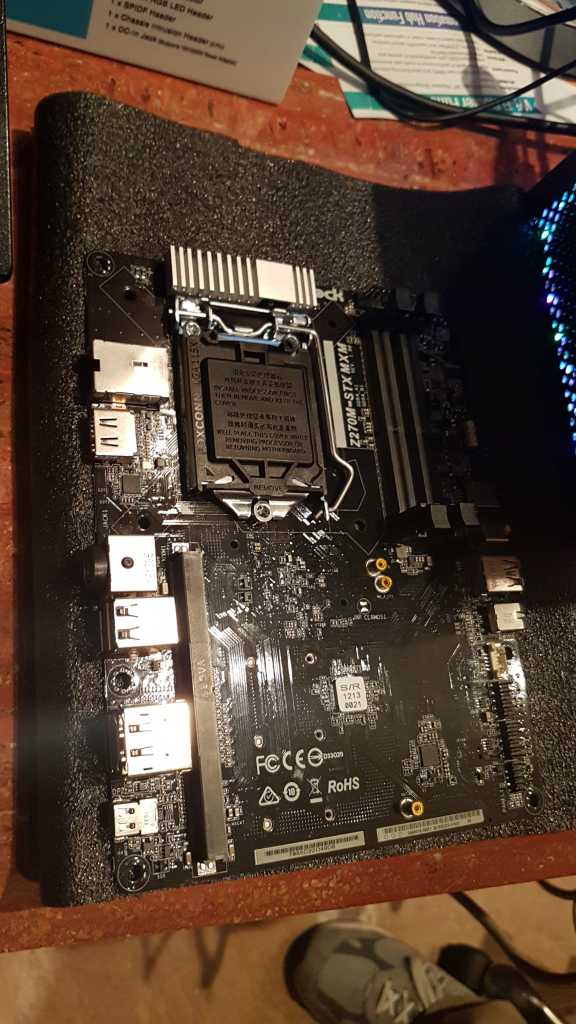 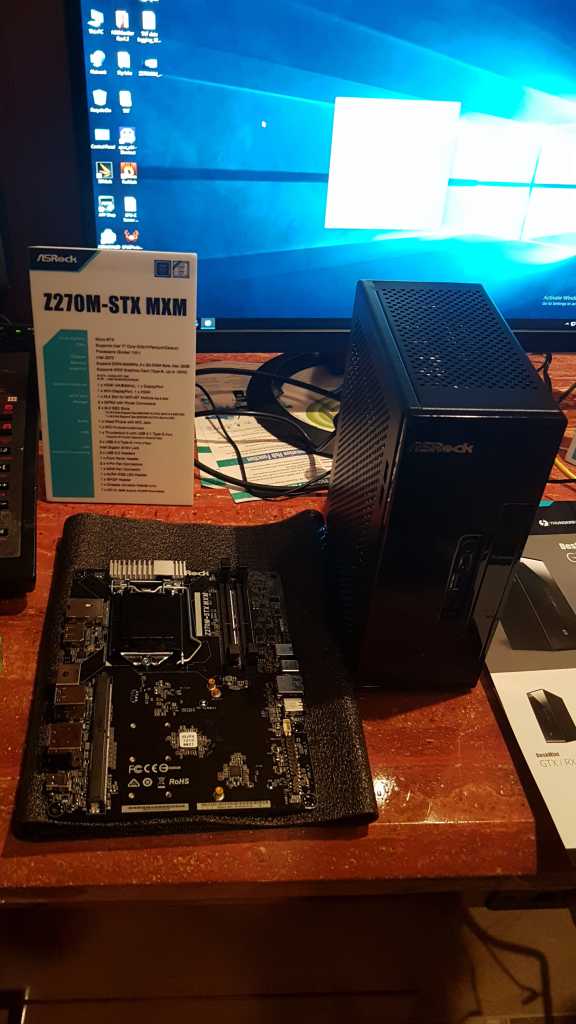 For dessert, we also met the company's new 10 router, which was first introduced at the Computex 2016 exhibition in June, with 802.11ac connectivity at 2.4GHz and 5GHz frequencies, as well as the ZigBee and LoRa standard, To increase significant ranges between them and your personal smart device or other home appliances. 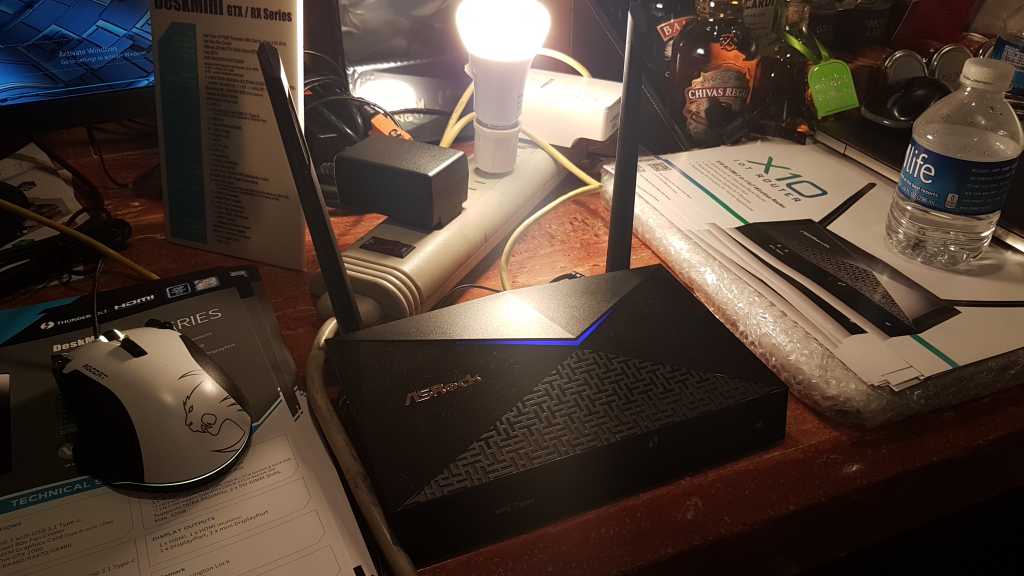 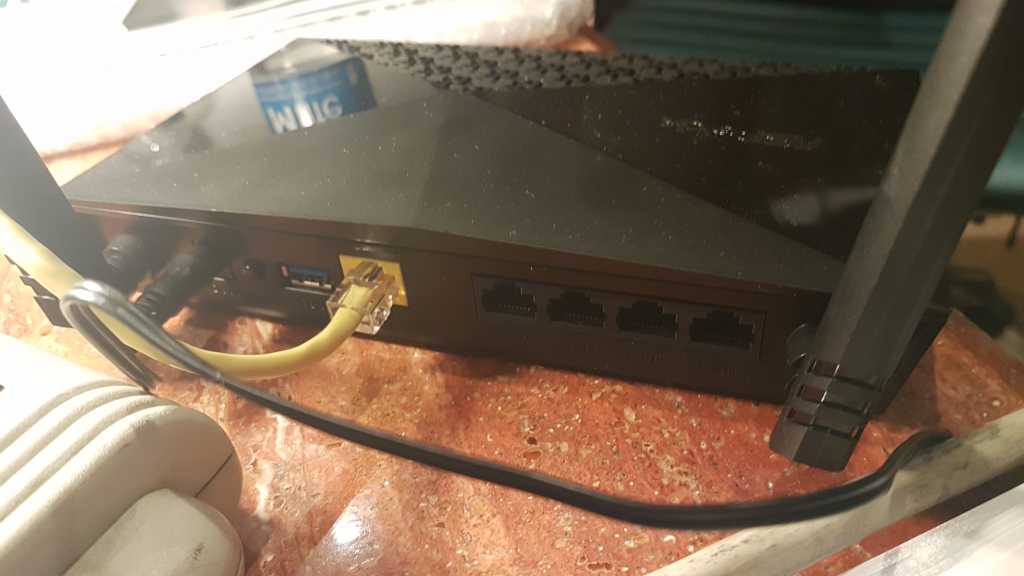 Do you have a favorite product from everything the manufacturer has presented? Let us tell you about it in comments.