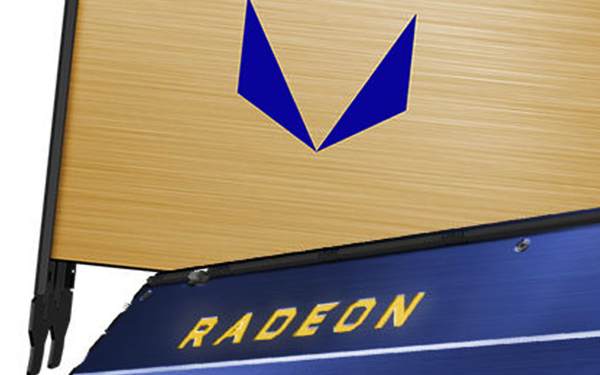 The Sunnyvale chip developer is preparing for the next technological leap in chip manufacturing, and plans to provide us with two new architectures over the next three years

Analysts' annual day AMD Provided us with a lot of new and juicy pieces of information, with among the announcements of new products for the near term also a reference to the company's roadmap to the end of the decade - which was in fact a continuation of the map that was presented to us on several occasions last year.

We've already seen that 2017's year is AMD Will be dedicated to maximizing thePolaris To the mass market and the initial launch of the E-Vega But now we are getting an up-to-date confirmation that toward the end of 2018 we will get the Navi architecture as a particularly important addition, based on the company's innovative production process, GlobalFoundries At 7 nm - while somewhere in the middle of 2019 we can enjoy another new architecture, in an improved 7 nm process, which has not yet even received its own official code name.

Waiting for the production process to mature at 7 nanometers may prove to be a dangerous gamble for AMD if the process suffers from any delays, especially when we know that NVIDIA Is already ready to jump into a new production process at 12 nm with its TSMC partner (with strabismus for another production process in the 10 nanometer which is in stages Development But it appears that the company is convinced that this is the right step for them, and they are convinced that the "Vega Will be able to maintain its relevance and competitiveness in the next 18 months.

Based on the current road map and taking into account the method it presented in the past year,AMD Will provide us with the launch of a second generation of Vega and Dor Polaris During the year 2018,ships, When 2019 is dedicated to this new generation, while 2020 can give us the new and nameless architecture in the altitude market,ships You will get its own refresh and squint into the mid-range market - although these are pure speculation at this point, when it is likely that the company has a number of ready-to-use contingency plans in case significant technological delays like the one we mentioned in the previous paragraph appear.

In the bottom line, it appears that after aligning the technological line with 28 nanometers and now at 16 / 14 nanometers, we will see a separation between the developmental axes of AMD and NVIDIA In the world of video cards - and it will certainly be intriguing to find out which manufacturers will be the ones who will be able to better predict the future and prepare for it accordingly. what do you think?

Another interesting and general roadmap of the company presented us with (at least) three incarnation plans for the core-core architectureZen - First this exists now and will accompany us in all products based on 14 nanometer manufacturing processes, then Zen 2 that will arrive with the transition to 7 nm technology, andZen 3 is somewhere towards the year of 2020, with the technological upgrading of the same new manufacturing process.

All this seems to indicate that there is no reason to expect another revolution in general processing in the next few years, although this seems to be quite necessary after the move to Zen proved to be a narrowing of the gaps in technological capabilities compared to the cores of Intel, And now it seems that all you can expect is the addition of more and more processing cores in each product, the extra efficiency that will allow you to compress more of those cores in more compact products and perhaps also a slight addition to the frequencies that will bring us a bit closer to the 5GHz threshold, Above which it is impossible (or does not pay at the practical level) to rise in the silicon chips universe.

It's probably still a bit early to talk about it, but there may be a chance that Zen architecture will accompany us until the end of the silicon era in the semiconductor world, which may come as part of a future production process at 5 or 6 nanometers - after which we may find a whole new world. Of architectures and processing technologies. Is the modular nature of the technology from home AMD Will be able to maintain relevance for such a long period? We'll see.