A glimpse into the future? AMD's Monster Processing Cube 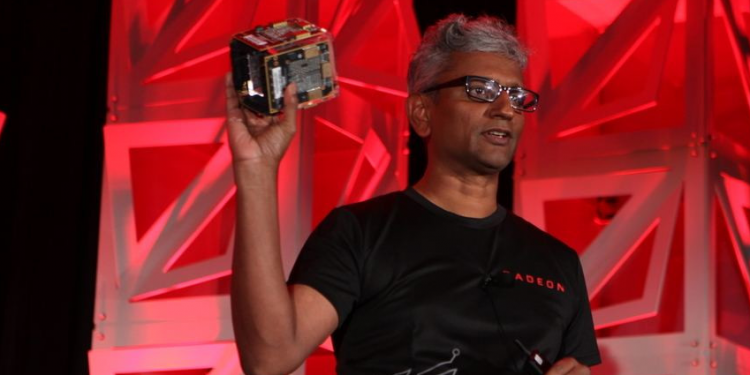 AMD has a very interesting time these days: Waiting for the launch of the new generation of Zen processors has brought its share to record a record value it has not had in the last decade, and we are also launching another new graphics core that can compete with the best ones thatNVIDIA offer. In other words - the chip developer shoots on all fronts, and it sounds completely not bad so far.

B-AMD Although they have not yet unveiled a product to the home-based graphics processing market based on the Vega generation (perhaps contrary to their reporting this month), they have made their first leap into deep computational learning with a new family of products bearing the name Radeon Instinct - and includes the MI25 which is the first product based on Vega (the core of the Vega 10, probably), with fast HBM2 memory built on chip The processing, power consumption of less than 300 watts that allows the use of compact passive cooling for the unit, and a statement of particularly impressive performance with up to 12.5 trillion floating point calculations with a standard 32-bit, or up to 25 trillion exactly 16-bit floating point calculations, which is common More in the Deep Learning world.

This is a performance that is about 15 higher than that of the latest monstrous Titan X at home NVIDIA - thus placing the red player in the market with the potential to conquer the pinnacle of performance for a single processing core, which has so far been almost always reserved for the green competitor.

Did you think that everything you read so far was impressive? B-AMD Not content with that, they also introduced a particularly interesting experimental product that has already been dubbed the 'Vega Cube' - four printed circuits that all contain the same core of Vega as the acceleratorRadeon Instinct MI25 and arranged together to form a cube with dimensions of about 7.5 × 10 centimeters (and a total volume of less than 0.6 liters, ostensibly) that could provide up to 100 trillion (!) Floating point operations per second in 16 bits, or up to about 50 A trillion point-of-view operations per second exactly 32 bits.

Connecting several such units together effectively for the resulting cooling and bandwidth could allow us to have more compact and powerful supercomputers, and who knows - maybe this is the beginning of a new school for how computers and processors are built, which will become a competitor to the "flat" method .

We will hold on to the fingers that are new and surprising AMD They will not stop coming. And you?