Love to develop and create or dream to enter the field? You should know the Arduino 101 from Intel And the company Erdoino, Also called Genuino 101, and claims to be the cheapest development board based on a processor x86-32 - Only $ 30 target price.

The Arduino / Genuino 101 is a board intended to be the successor of The Uno is very popular In this world of development. It offers the same basic dimensions and functionality with 14 digital inputs and outputs from which 4 can be controlled by PWM, six analog signal inputs, a USB connection for interfacing with computers and uploading the code to the board and connecting power to an external battery or power supply. However, the great peculiarity is that the Atmel microcontroller replaces here the tiny curie module of Intel, Which includes a real x86 type 32M core at an 192MHz frequency, an additional ARC core, 24 of kilobytes of flash memory and XNUMX of SRAM memory, Operating System Real-time (RTOS) type ViperOS. 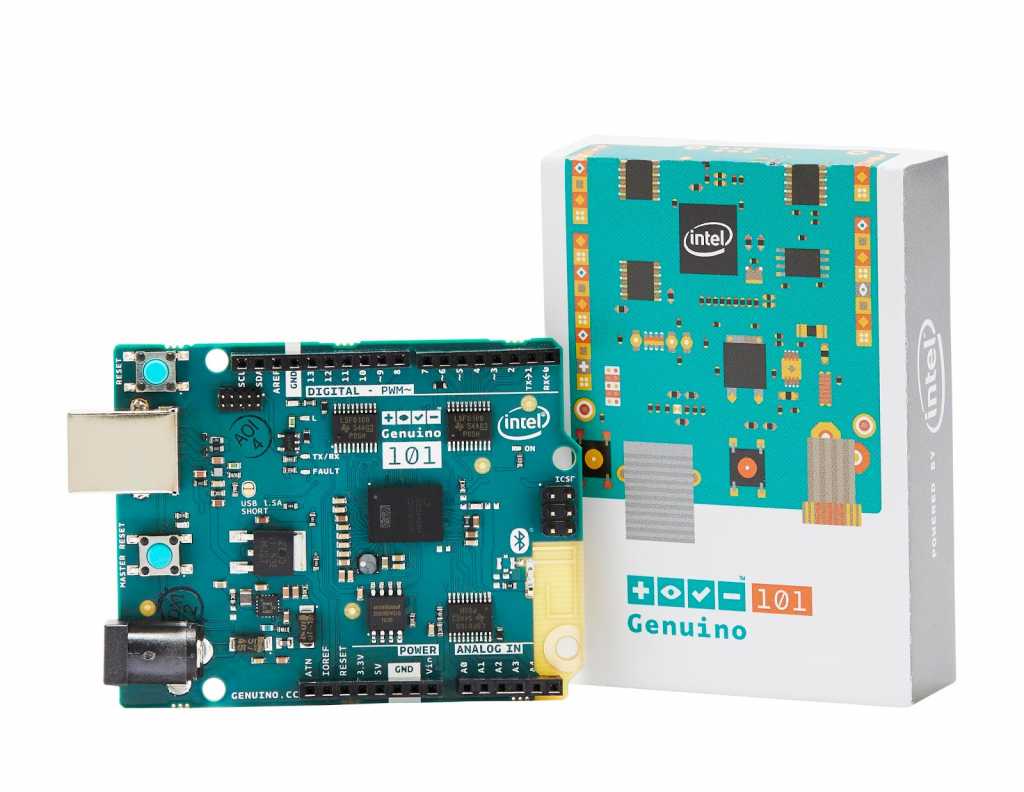 Beyond hardware improvements, the Arduino 101 includes a module Bluetooth Built-in economical and built-in accelerometer and gyroscope with 6 axis measurement capability - which together should allow the new board to serve as the basis for a wide range of smart applications, with connectivity to the smartphone and the internet in general, without the need for any additional boards and modules. 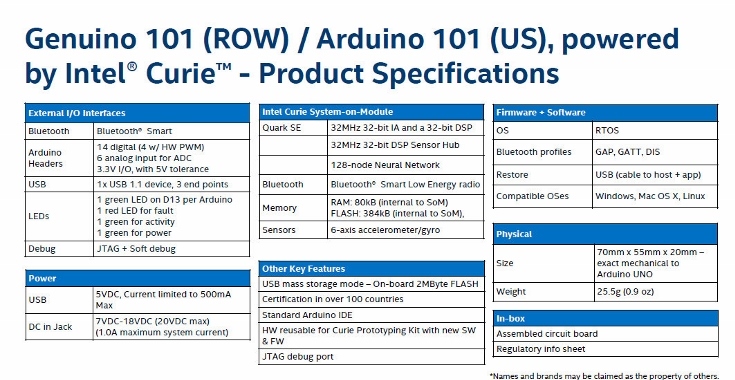 The name of the new board, which combines the number 101 (We thought about it first), Is not a coincidence of course - and indicates its primary purpose is to be the first, most basic and simplest way to understand students in schools and anyone else who wants to take their first steps in the development world based on electronics and hardware. Something that has not really been within Intel's jurisdiction yet, which has offered advanced, larger and more expensive development panels than the Galileo family And Hudson. 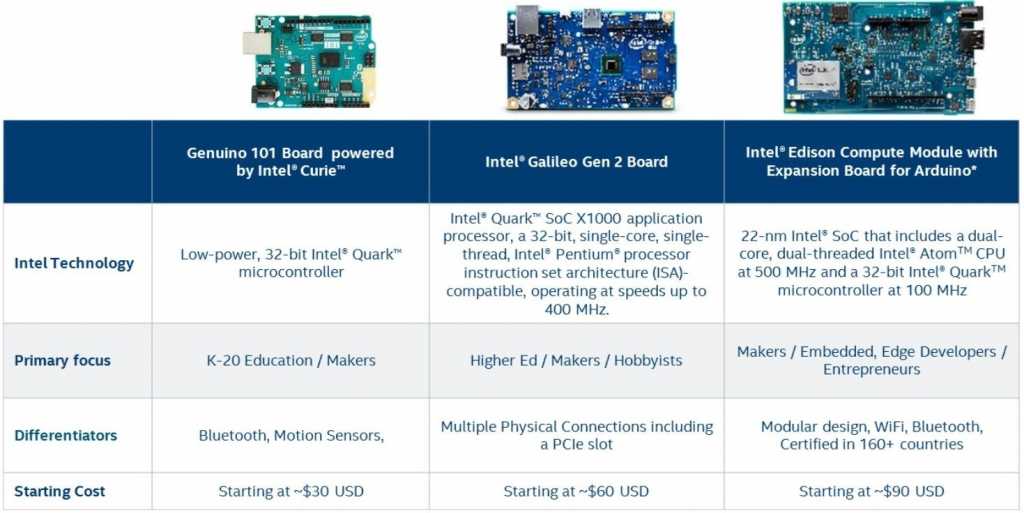 Will the chip giant, which controls almost all aspects of the high-performance hardware and computing world, succeed in becoming a leading player on the other end of the spectrum, in a world populated by micro-controllers that can make almost any product online and smart? It is too early to predict, but it seems to be one of the directions Intel.