This year at CES, the hardware giant decided to make a particularly colorful performance,RGB Washing the world of hardware with keyboards and cases that look like nightclubs. Among its unique gaming products, it has introduced several new motherboards with colorful LEDs that are fully programmable.

Little brother of flagship Was introduced. The Maximus VIII Formula Asus Putting some color into the high market of motherboards. In addition to the advanced components such as the cooling elements, power systems and storage ports, there is also a nice LED lights system that will give some color to the computer using special software. 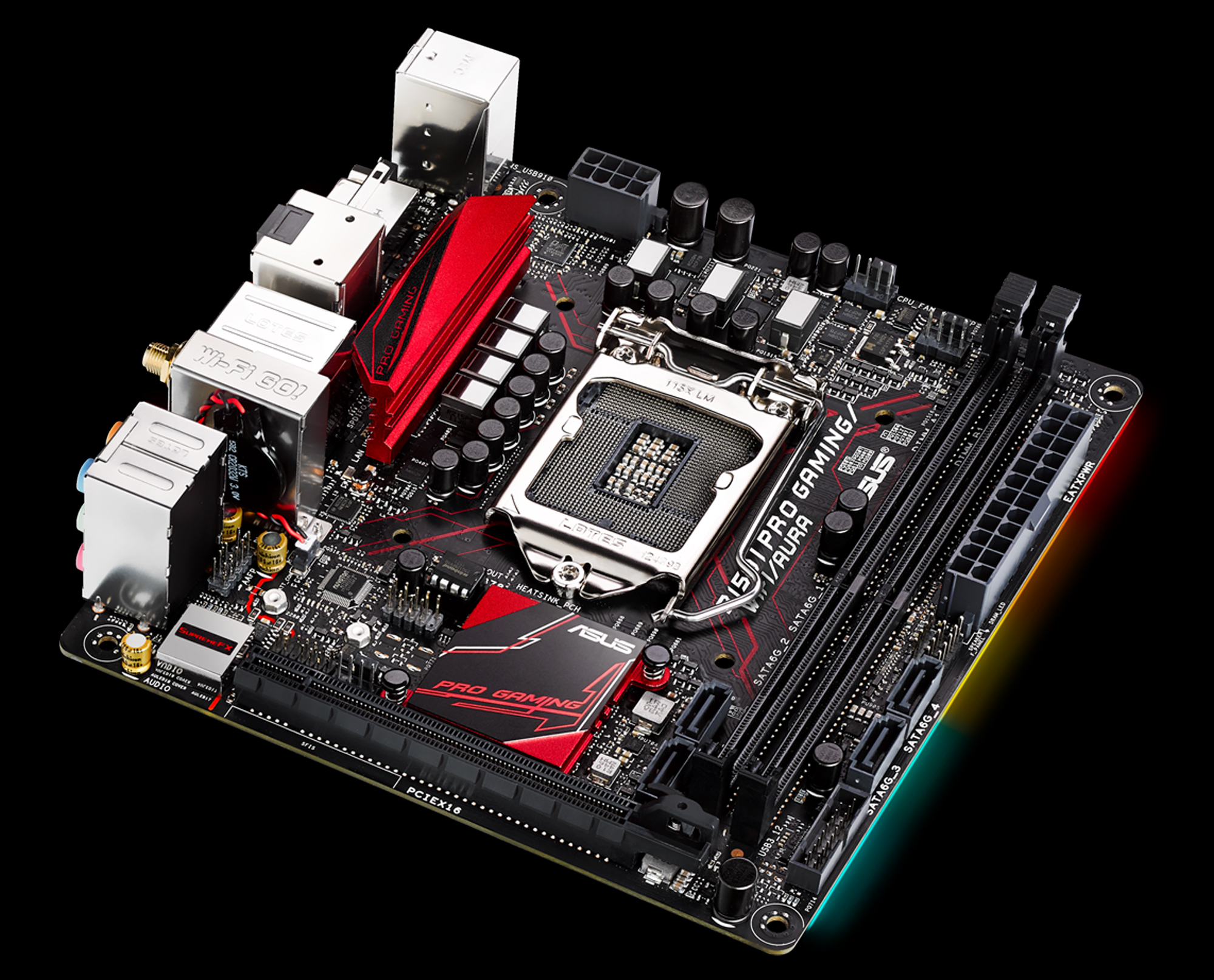 About "Little Tiny And It Has Everything" We have already heard Previously. It seems Osus wants to take it one step further. The panel based on the B150 chipset is an insert Sound An advanced electric system that looks impressive, a fast WiFi AC controller and of course LED bulbs like the new Formula. The price of this motherboard and the formula is not yet known, but is not expected to be particularly low given their features.

The highlight of the ASUS display at CES is its new gaming screens. Since the launch of the Swift series, Asus has been gaining popularity among gamers who want a fast screen with high frame rate per second. The first screen is theASUS MG28UQ

Asus wants to climb far beyond its 2560X1440 to bring screens 4k (3840X2160 resolution). This series opens Asus With two screens, one 28 inches in size and one 24 inches. Big Brother, the MG28UQ is a quick TN panel screen, though less quality than theIPS More suitable for color accuracy and wide viewing angles.

The MG28UQ may be the4k Fastest over the 27 inch you'll find. Asus Claims its response time is only a few milliseconds. A small brother named MG24UQ joined this screen. This 24 inch screen also contains a 3840x2160 resolution but is panel based IPS Better quality.

Both of these screens contain FreeSync technology. When AMD's next graphics hearts take shape, they will have tremendous graphics power that will enable users to truly enjoy them with dynamic image synchronization for a dynamic second to prevent Tearing a picture.

There is also ultra-wide

The Swift PG348Q ROG Asus Is its first serious footsteps in the ultra-wide gaming screens market, a category that comes to ask "Why should I connect three small screens when one large area is allowed?"

As befits such a large screen, it carries a resolution of 3440X1440 in relation to 21: 9. It is based on a quality IPS-sized 34 inch panel that reaches a frequency of 100 Hz (up to 100 images per second). The cherry on the cake is support for Gsync NVIDIA Allowing users to get some of the most needed features in the world that screens gamers today in one product. The screen is a direct answer to a similar screen that was recently released from Acer Which is named Predator X34.

The price of these screens and their availability in the market are not yet known, but they are expected to be sold globally this spring.