The new decade that has already begun will include many improvements to computer graphics and games - with the most notable improvements being Ray Tracing NVIDIA. We took a round of Aorus RTX 2060 Super's Gigabyte In order to sample and taste a little of the future you are opening

When it comes to gaming hardware on PCs, we've been declining for decades when the cutting edge video cards of NVIDIA Series RTX, The video card series first named emphasizes the ability to perform Ray Tracing processing in real-time as well as pre-rendering complex scenes.

For anyone unfamiliar with the term, Ray Tracing (or ray tracing) is a three-dimensional lighting method that most closely resembles lighting and shadows.

Each given source of light "throws" its own light rays, and in accordance with objects and other lighting produces a realistic scene as much as possible. The object has its own texture and light reflecting properties, thus diffusing light as much as possible given the ability. This is a lighting method that has existed in the computer graphics world for several decades.

Until recently the application of this lighting method was mainly done in "Post", mostly final rendering after working with a scene without the advanced lighting. The promise of NVIDIA It is now increasingly possible to incorporate real-time Ray Tracing technology, enabling it to be used in gaming as part of the experience.

Of course every visual effect has a price, and Ray Tracing became renowned mainly for the sheer amount of resources it creates. Graphic cores are the most literal of complex calculators that need to compute polygons and other real-time elements, and the fine of using such realistic lighting is simply too heavy. 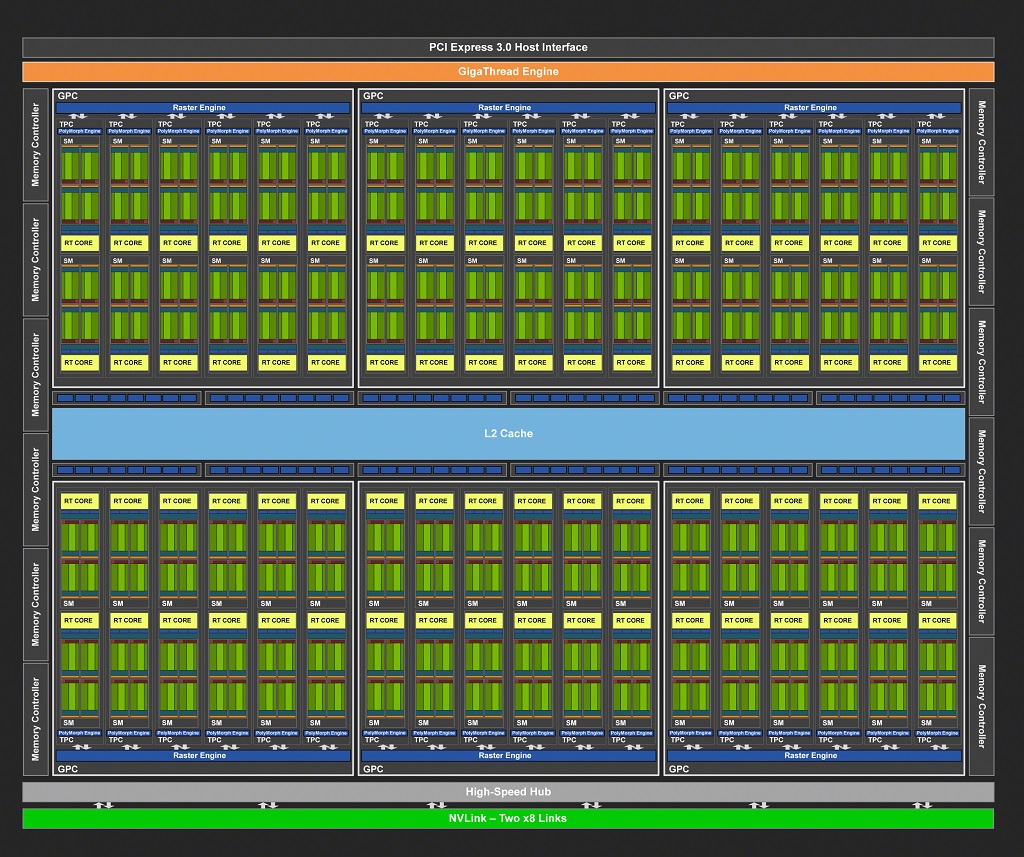 One of the most important titles to come out recently and comes with RTX technology support NVIDIA Is Call of Duty: Modern Warfare by Activision. This is the first time a magnitude of this magnitude receives the technology, and an important imprint on the importance of Technology Especially ambitious. 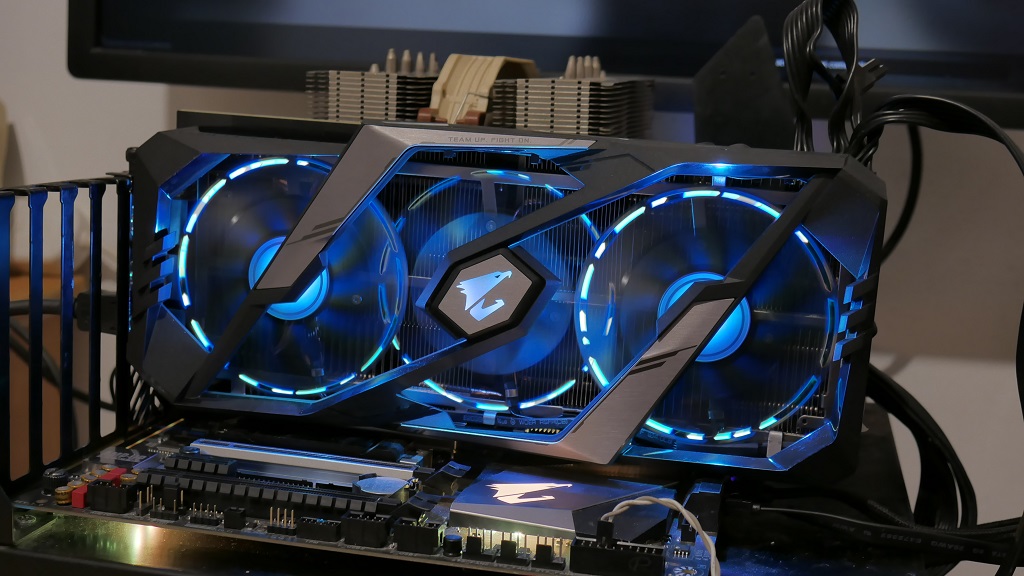 We decided to test the title with Gigabyte's RTX 2060 Super Aorus Xtreme. The hardware giant is an old friend and has agreed to cooperate with us in this article. Specifically, we decided it would be right to choose a video card that is in the middle of the card series NVIDIA, Between GTX 1660 Super and RTX 2070 Super.

Here's a number תמונות For comparison purposes. For the file name in the path, we have registered nortx so you can know what the technology contains and what is not. You are welcome to perform comparison tests by opening the pictures. 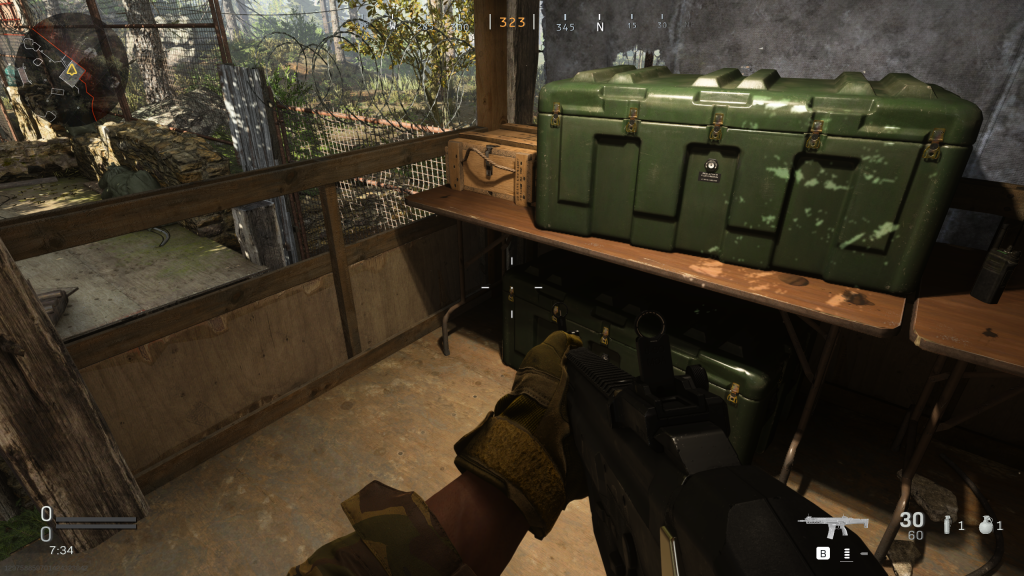 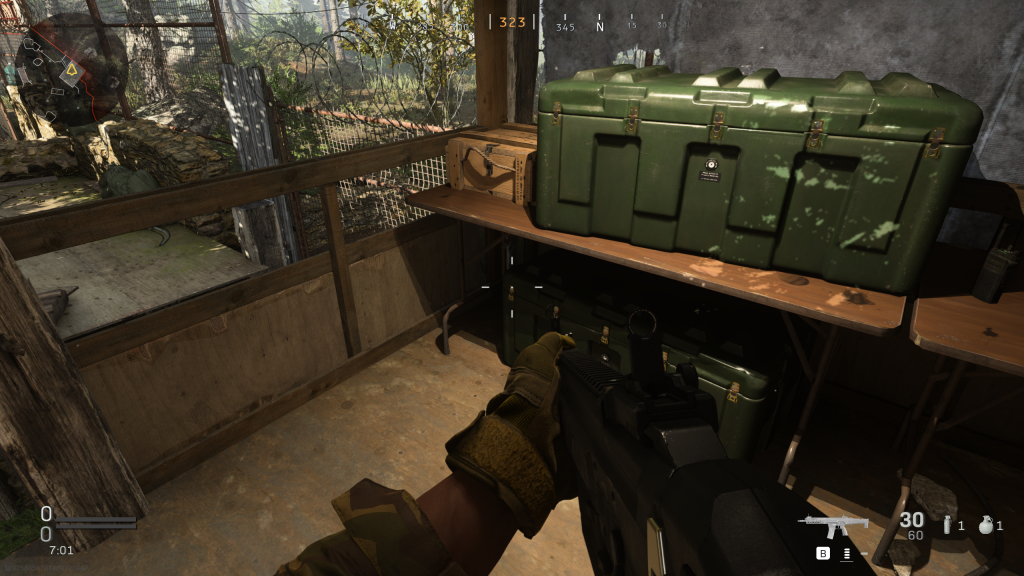 Game samples are taken under the highest graphical settings when we compare usingNVIDIA RTX And unused mode. This game does not use full technology, but mainly the ability to calculate the shadows of certain objects. You can see that shadows become slightly less sharp and more appropriate for distance from the object, which creates softer shadows. 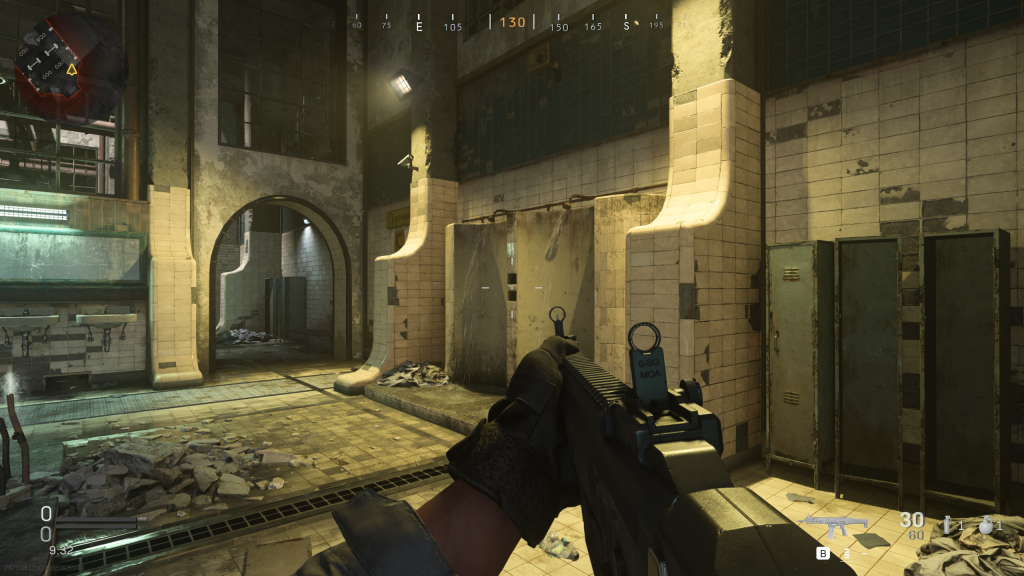 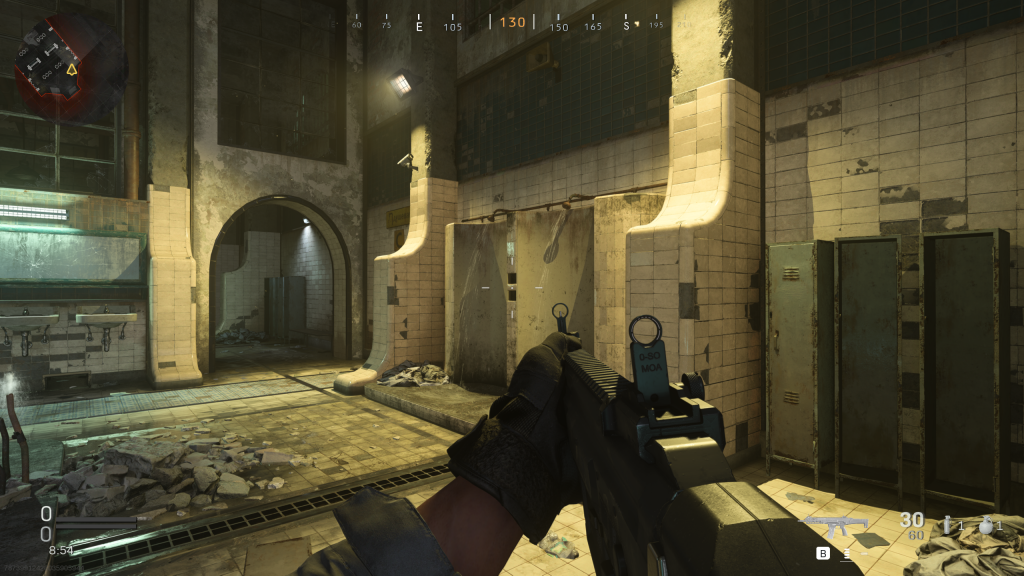 Here, too, it is recognizable that lighting from the other room is mainly "much more" shed through the hallway and windows. Shadows become softer according to the distance between the object that creates the shadow and the surface to which it rests. 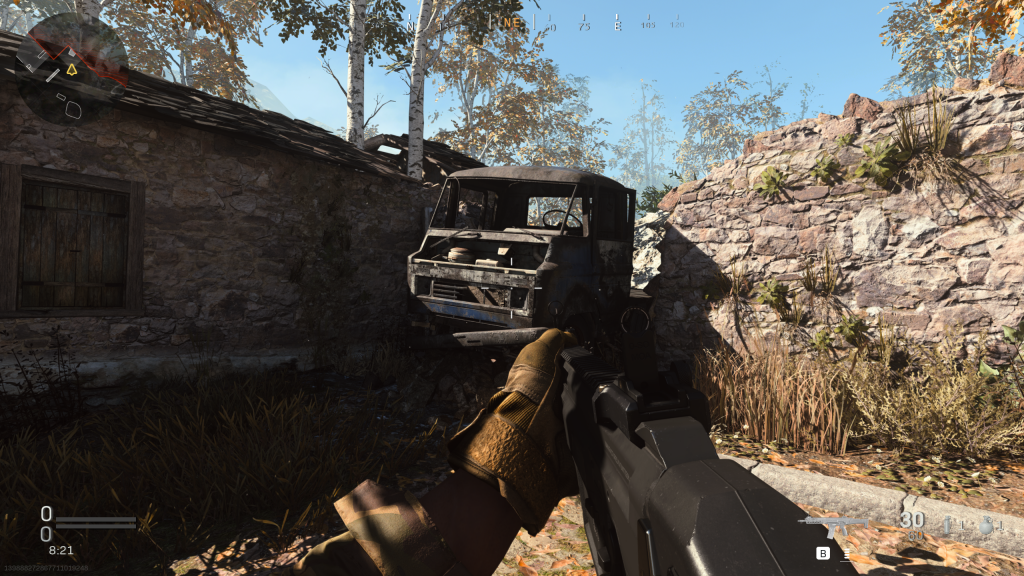 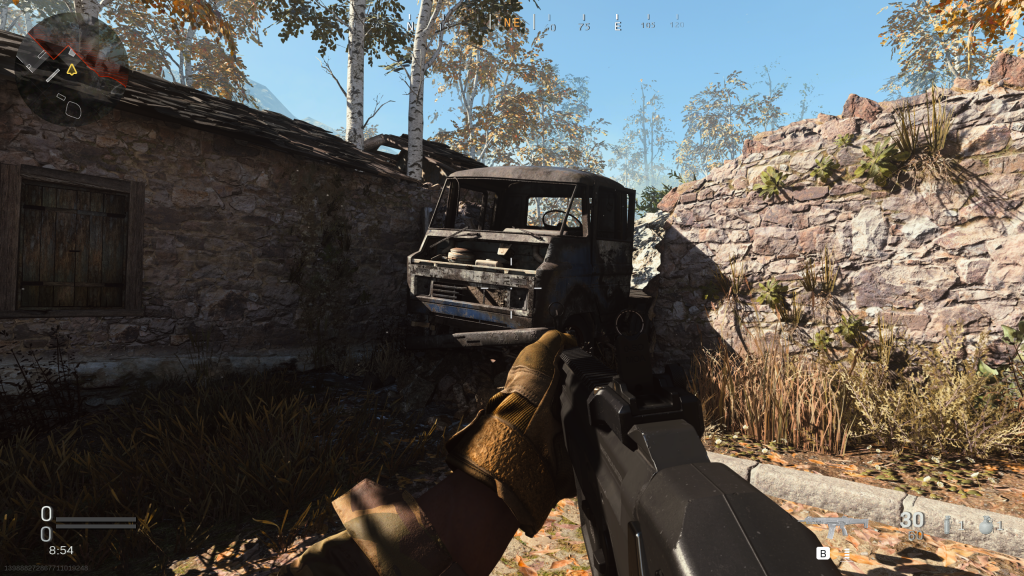 Neither map nor region can be seen to use advanced shading technology. In the example above, you can see an almost identical image in the on and off mode. This tells us that CoD uses this technology relatively moderately, as there may be a great desire to save valuable processing resources.

After all, it's important to talk about the performance with and without. We tested the game with a system that includes:

Even when there are processing cores designed specifically for this task, the calculation of shadows and lighting is considered to be extremely heavy and complex, even if done in a very modest and minimalist way as in the new Modern Warfare. Implementation of Technology Such an important title is an important advance in realistic graphics as possible in the future.

We know this is an important technology, because of all the ambitious graphics world technologies in the last twenty years, the market seems to be responding positively to the crazy idea of ​​Ray Tracing in real time on consumer gaming cards. The console market has become alert to demand, the PC market is starting to get its headlines in these headlines, and the flow seems to be growing mainly over the year and decade in general.

We have no doubt in the next generation of video cards NVIDIAWhen not launched, there will be an even stronger emphasis on the ability to process and deal with advanced Ray Tracing in real time. Currently, every advanced graphics card of NVIDIA Includes technology support anyway, so no user is forced to give up if he wants to combine advanced graphical capabilities with the potential to use technology RTX When available to him in one title or another, even if slightly diminished.

The gaming world is thirsty for a serious leap in visual quality, and Ray Tracing is making progress in the right direction. Also, titles that dare to make technology usable and feasible - whether using unique technology like NVIDIA RTX, or whether a comprehensive industry standard is used like DXR (RA) DirectX Ray Tracing).


Wait, there's more!
Join To the group of zon And you can receive exclusive updates on various offers on the net, share content that you find interesting, consult with members of the site, and more - Join now!
Tags
NVIDIA Gigabyte Geforce Turing RTX
Share
Facebook Twitter LinkedIn WhatsApp Telegram