It was clear that Intel 's new generation of Intel Core processors was on its way to mobile devices and that Intel' NVIDIA The Turing section, under the names GeForce GTX 1660 and GeForce GTX 1650, are also in advanced ripening stages - but now things become much more tangible when leaks are from a company Acer And from home MSI Give us a taste of the products around the corner.

A close-up photo of Eizer revealed a pair of Nitro models it plans to launch in the coming months - with 15.6-inch or 17.3-inch IPS screens and a choice between a standard 60-run refresh panel and a more advanced 144 panel Mechanical storage drive plus NVMe dual-RAID0 drives for maximum performance, Core H processors (with 35 watts or 45 watts power casing) Intel Not yet announced graphic cards Type GeForce GTX 1660, GeForce GTX 1650 or GeForce GTX 1660 Ti, as befits products that are going to be very aggressive at their market prices. 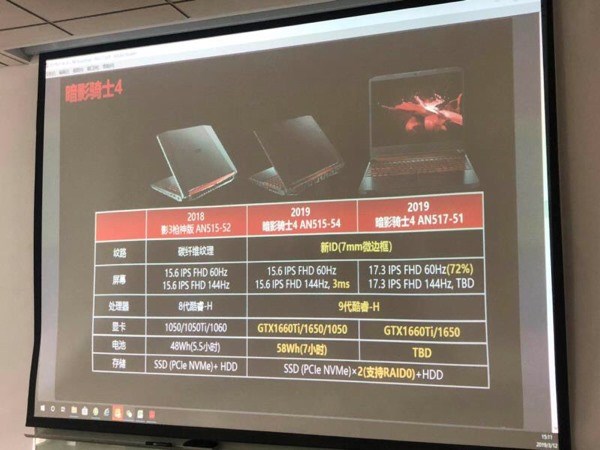 MSI is also preparing new GL63 models with an 15.6-inch IPS screen, and as part of its leak, we are even getting some interesting numbers - with a statement that the processorsCore i7-9750H The coffee-core processors of the Coffee Lake Refresh generation can deliver up to 91 performance improvements compared to processors Core i7-7700HQ quadrilateral cores and an improvement of 28 percent compared to Core i7-8750H that also has six cores - while a card GeForce The GTX 1650 in its mobile configuration will benefit from a basic 1,395MHz frequency and performance that prefer 41GeForce GTX 1050 mobile and 24 percent of whatGeForce GTX 1050 Ti (in the framework of the somewhat veteran performance test 3DMark 11, in its Performance settings). 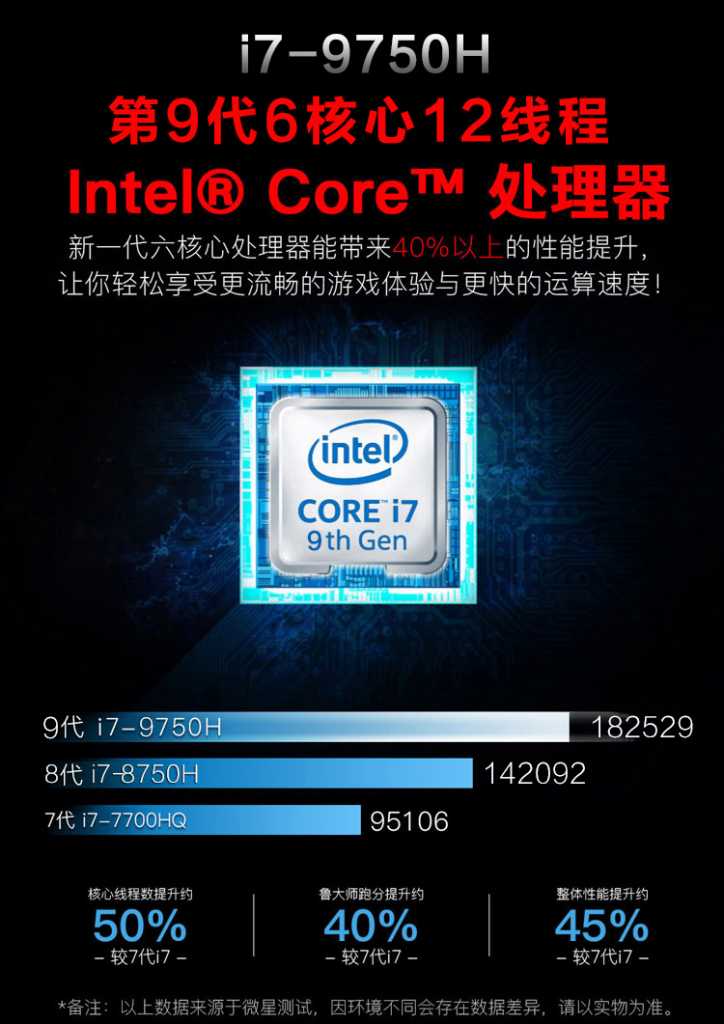 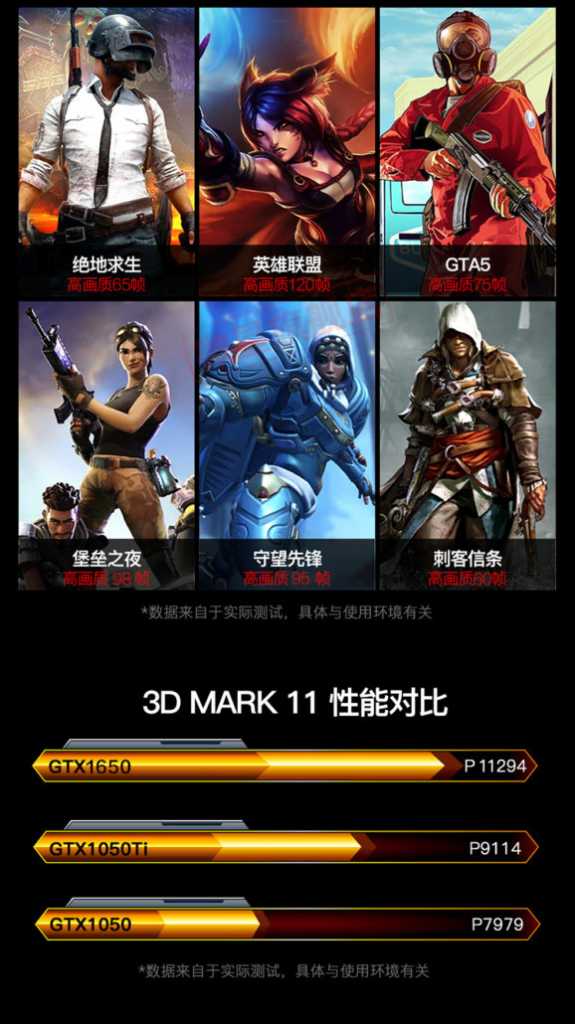 Intel's new processors could win an official show in just under two weeks, at 21 in April, and in such a situation it is likely that the launch of home-based video cards NVIDIA Occurs sometime during the current month - perhaps in April 30, which starred in several different reports as the possible launch date for the stationary version of theGeForce GTX 1650. We will continue to follow and update!