We bring you direct coverage for an unveiling event AMD Zen 3 processors for desktops Is it time for AMD Hitting gaming too?

Major launch events in the hardware world are a significant part of the last quarter of the year, and this time AMD's turn with an official announcement Desktop processors with Zen 3 architecture. This architecture is another evolutionary step for AMD After three very successful processor series, when the latest Ryzen 3000 series became the most exciting news in its success rate and brought the AMD To the front of the stage. Now, titled "Where Gaming Begins", it seems that AMD Not content with the silver medal in gaming performance in front Intel, And wants to target the one area where it is undisputed that the competitor's products are superior even if slightly over its own.

In this article we will bring real-time updates and data analysis from the glittering launch event of AMD Starting at 19:00 clock ישראל. Worth staying updated!

19:10 On stage Dr. Lisa Sue, CEO AMD. After exposure and a look back, there is a promise that the new generation which will be based on Zen 3 architecture, is the first generation that will bring leadership in individual core performance. This means that there is a clear intention to please and bypass the Intel In any computing field that exists in my processor x86. 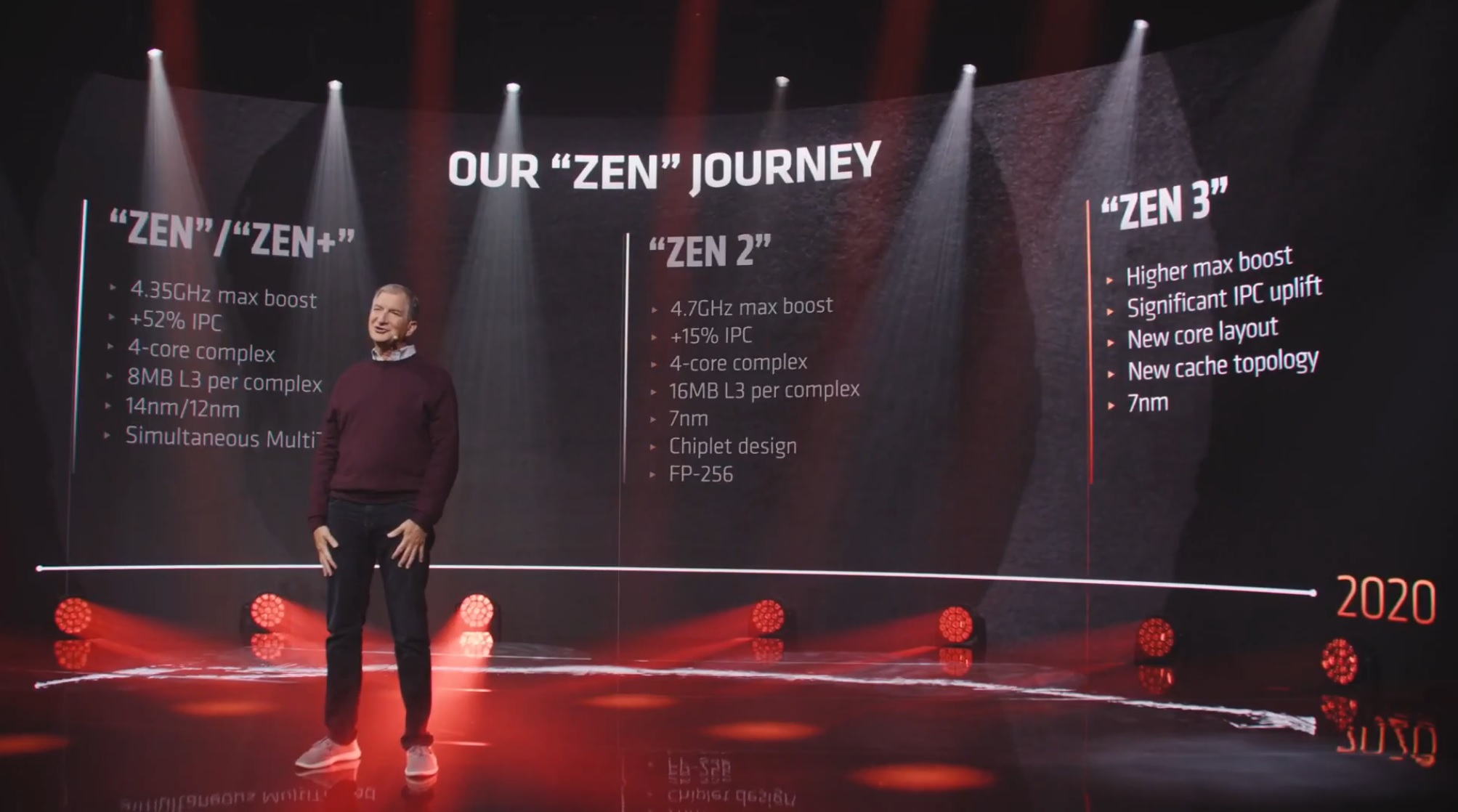 Among the improvements in the Zen 3 architecture are - higher frequency, significant improvement in IPC (RT Instruction Per Clock), improved core composition, composition זיכרון Improved cache and the same advanced production process of 7 nanometers in the plant TSMC The Theonic. 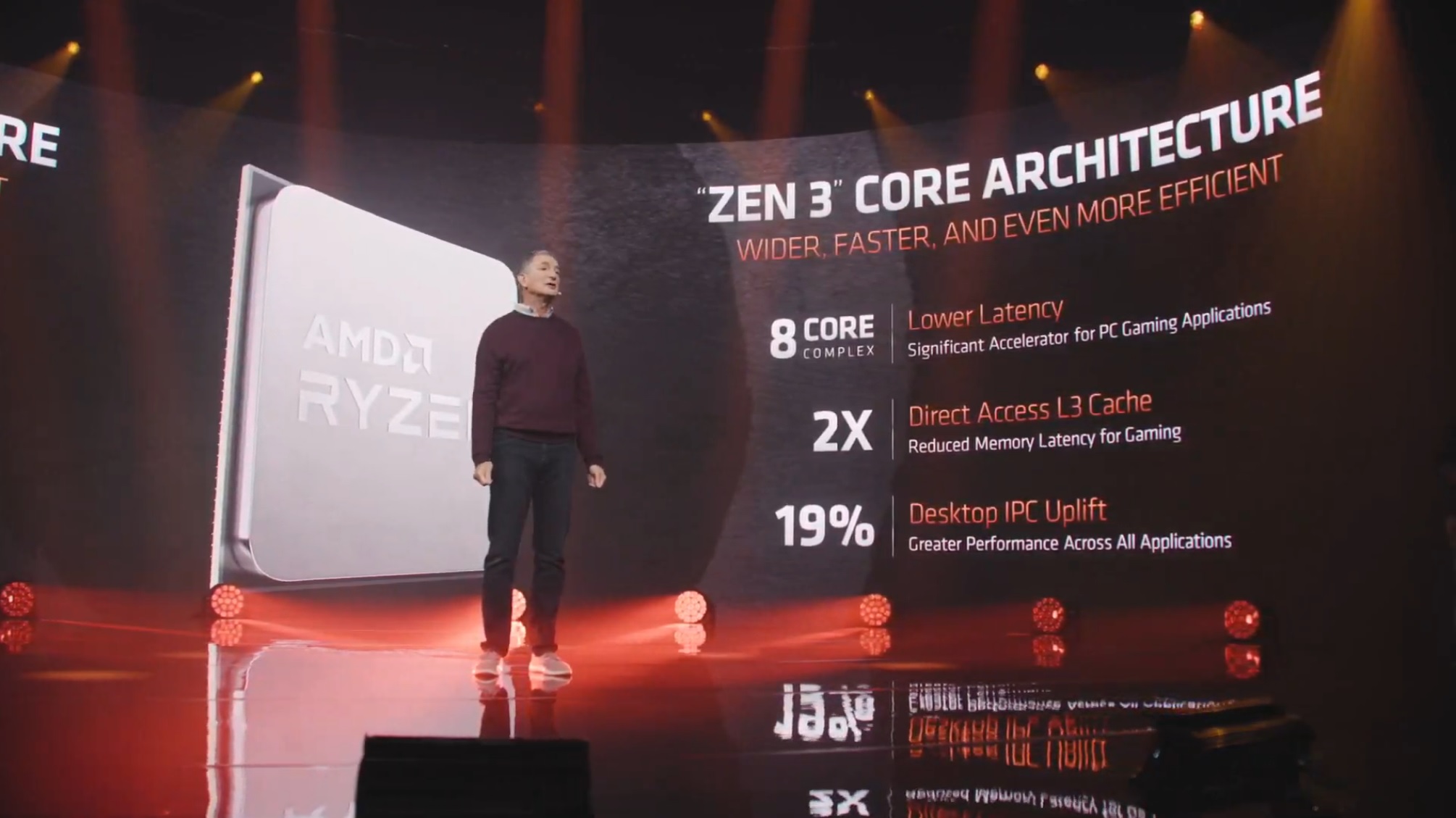 AMD claims to have made a 19 percent improvement in IPC performance. The processor that is going to lead the $ 550 price tag is theRYZEN 9 5900X, and is a successor to the 3900XT. This processor has 12 processing cores and 24 threads.

The performance improvement shown among the processors in the Shadow of the Tomb Raider game is relatively high, but it is very important to know that this is a game that suffers from a pretty serious bottleneck with processors AMD Compared to processors Intel, And there seems to be a real success in closing this gap. 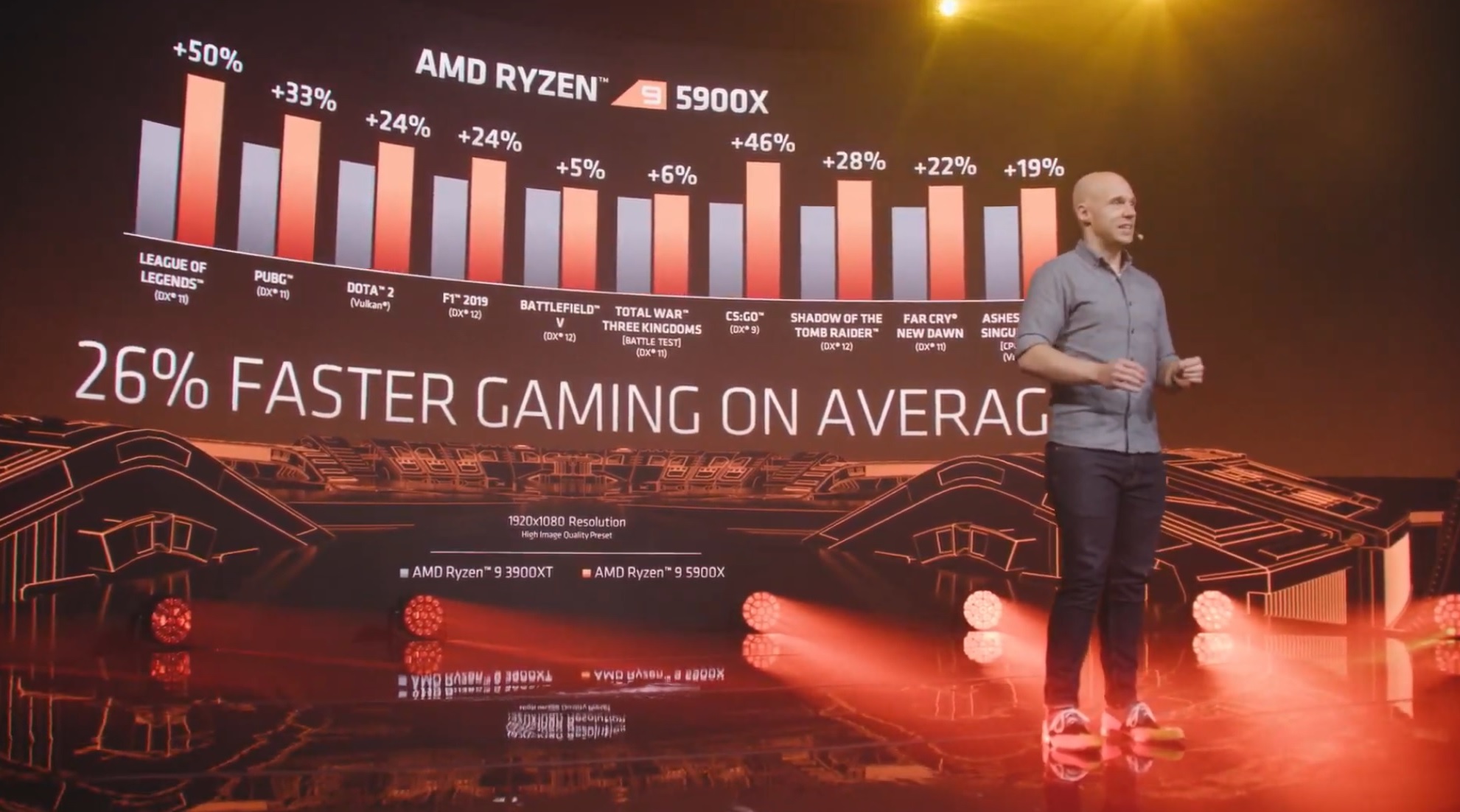 In a variety of games, she claims AMD For a significant improvement of about 26 percent on average between Ryzen 9 5900X and Ryzen 9 3900XT with 1920X1080 resolution. We were not told which video card she used AMD, But it can be assumed that in one is quite strong in order to emphasize the differences. 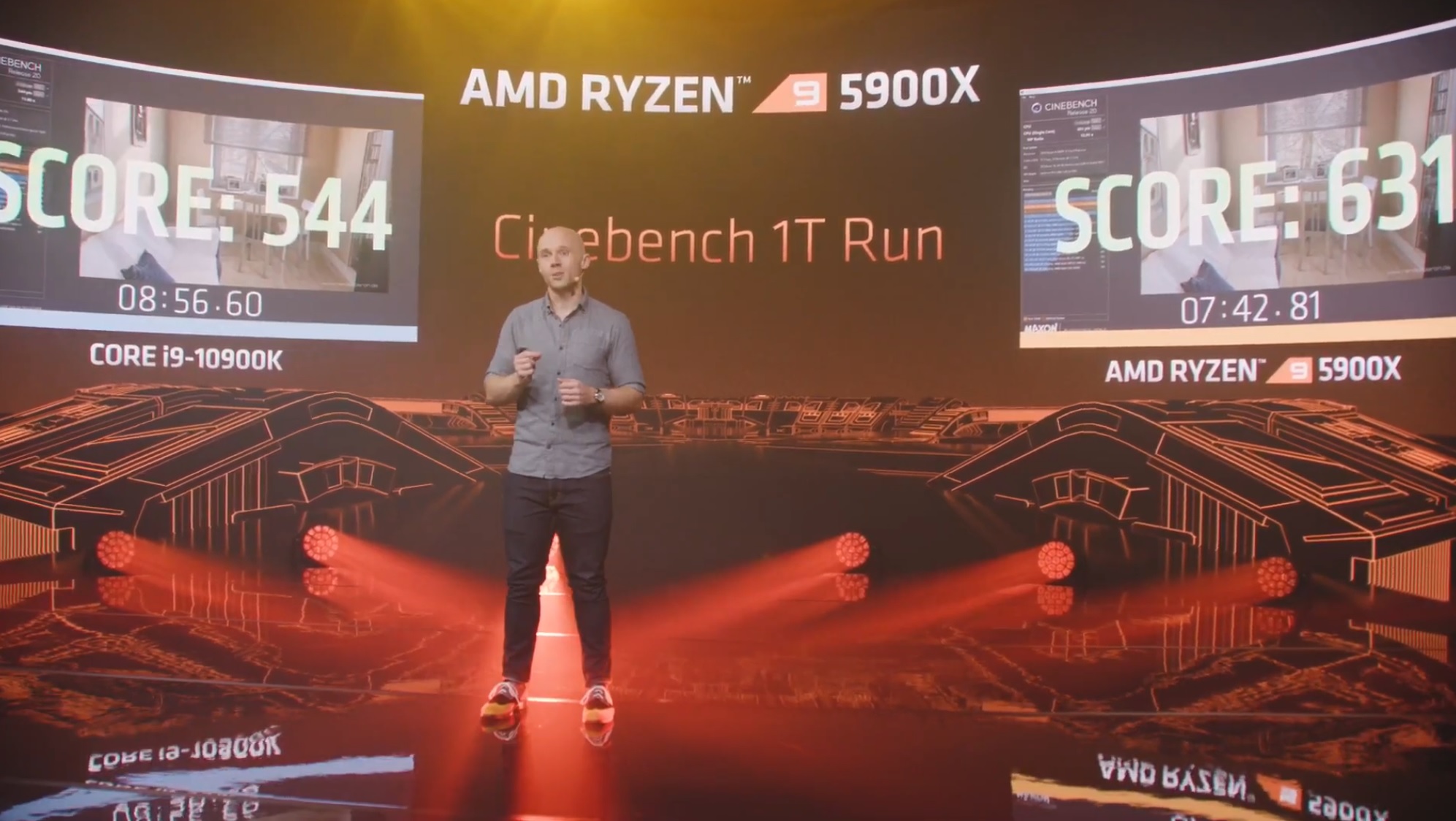 B-AMD Not content with just an internal comparison, they made the single-core performance of the Ryzen 5900X accessible against Intel's Core i9 10900K. In the Cinebench R20 test you can see a fairly clear difference in the performance of a single core between them with an advantage of about 16% in favor AMD. 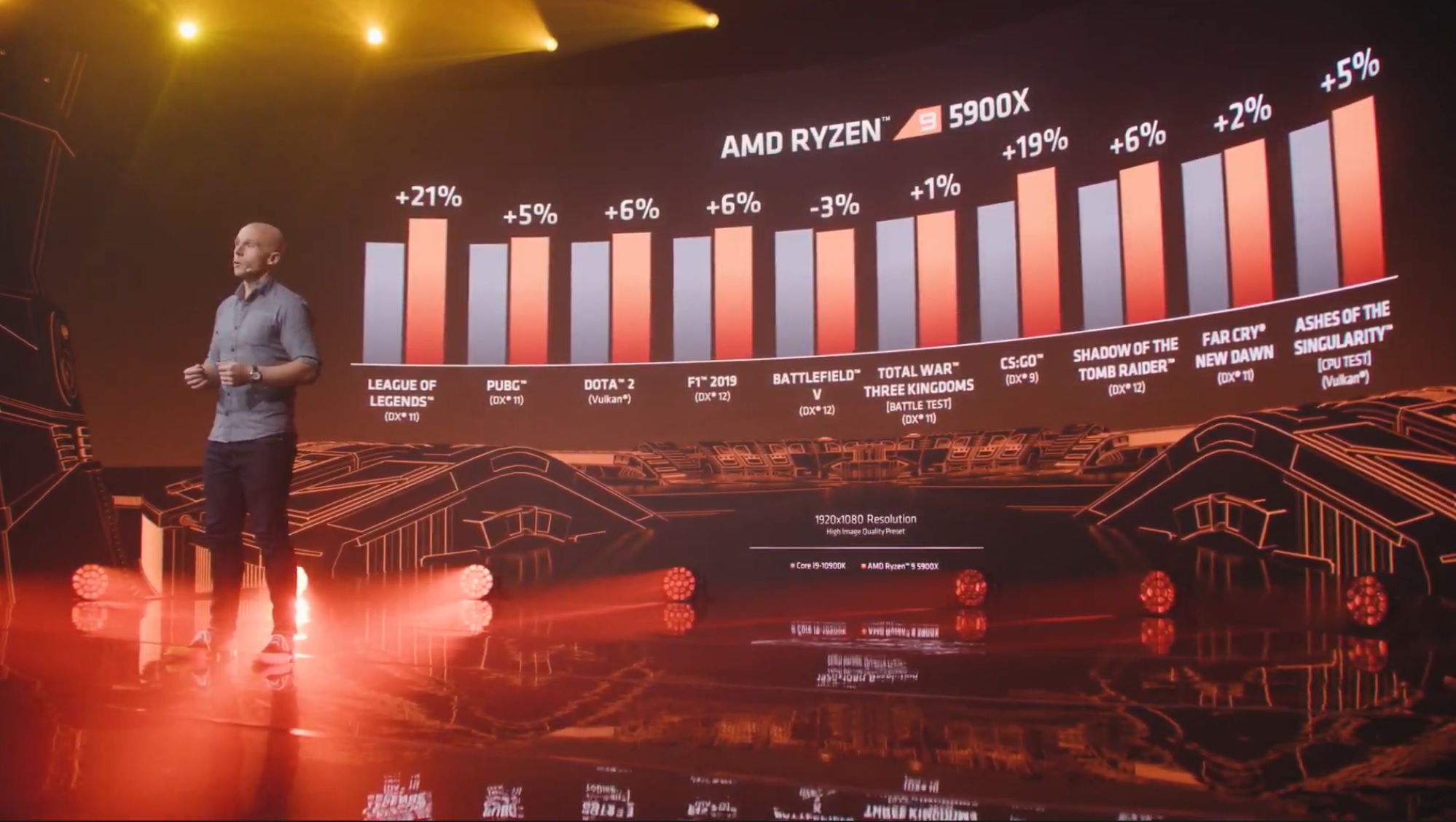 The two processors were also tested against each other at a resolution of 1920X1080 in games, a resolution that has been tried so far AMD Stay away from it due to the relatively prominent tin. Without worrying too much, shows AMD How the Ryzen 9 5900X processor manages to lead over theCore i9 10900K on average by quite respectable differences. 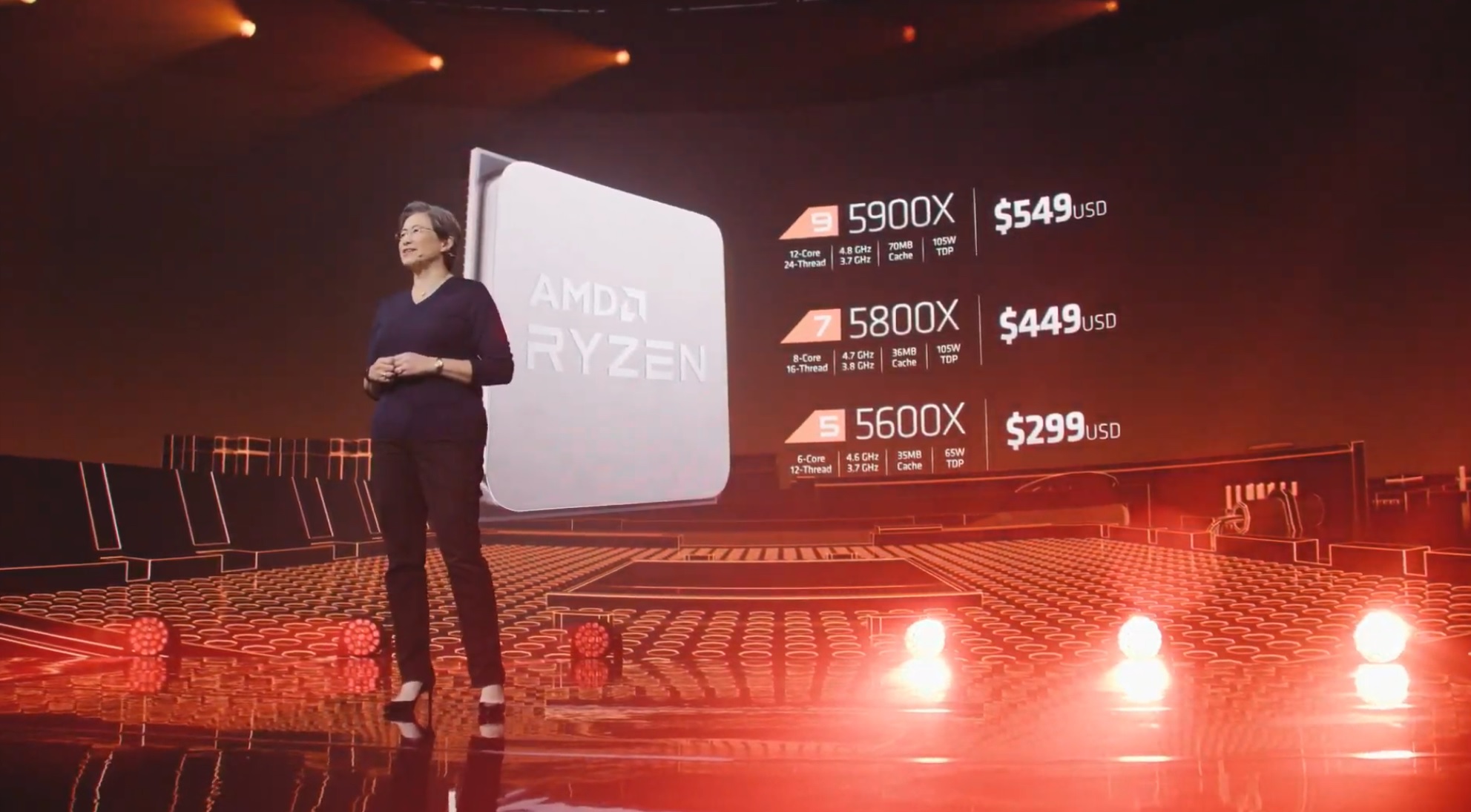 This processor has two small siblings - the Ryzen 7 5800X with 8 cores and the Ryzen 5 5600X with 6 cores. Prices for these processors are $ 449 and $ 299 respectively. Please note - this is a $ 50 increase over the launch price of the Ryzen 7 3800X and Ryzen 5 3600X. It is evident that AMD Wants to start and earn more from its investment in the field and production of Processors Faster. 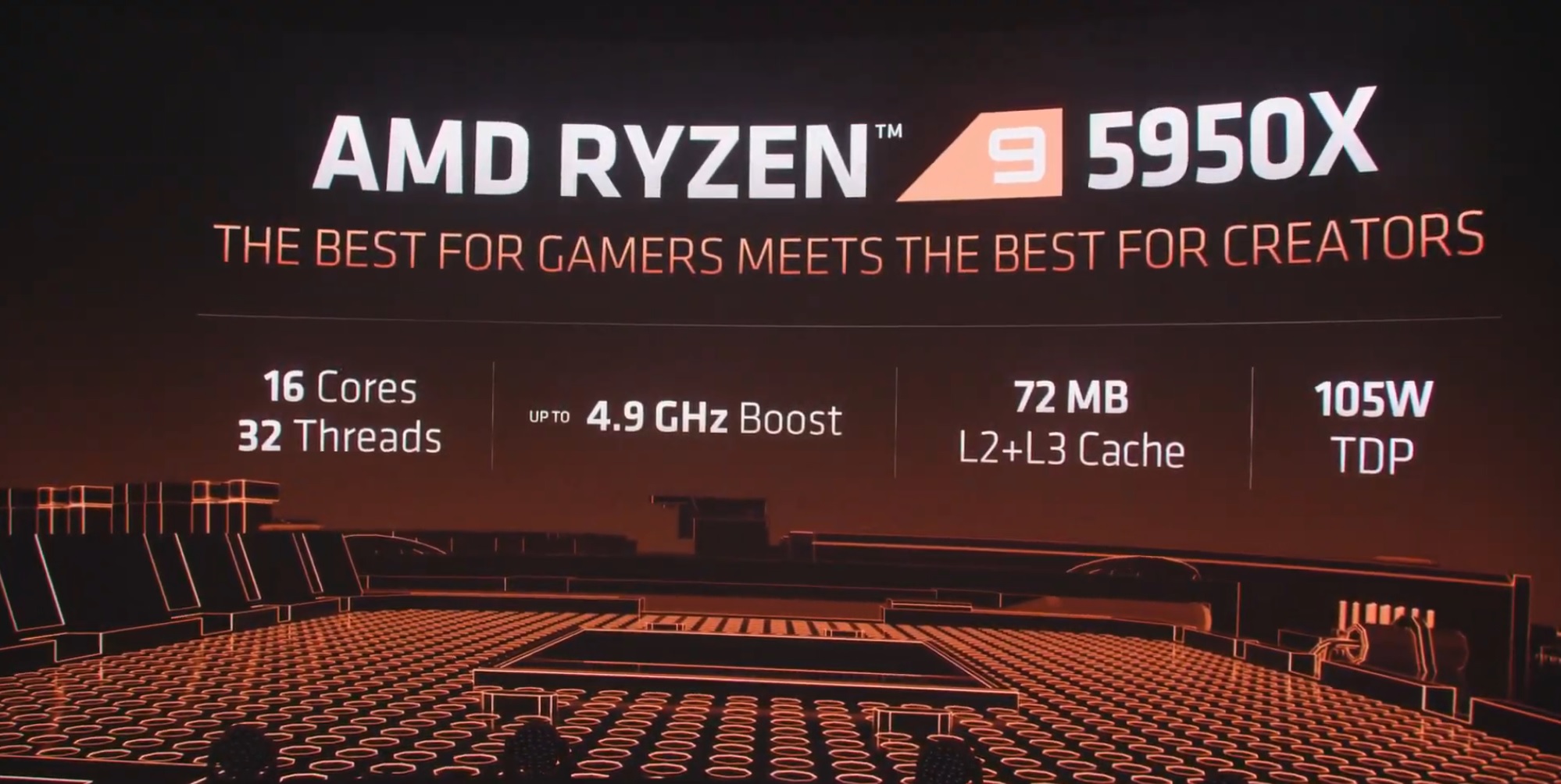 Another processor we get a teaser for is the Ryzen 9 5950X. In this processor it is named AMD All her strong cards. 16 cores, 32 threads and a working frequency of up to 4.9GHz. This processor also maintains a relatively efficient heat envelope of 105W and contains 72MB of זיכרון Cache similar to the CPURYZEN 9 3950X which he replaces. 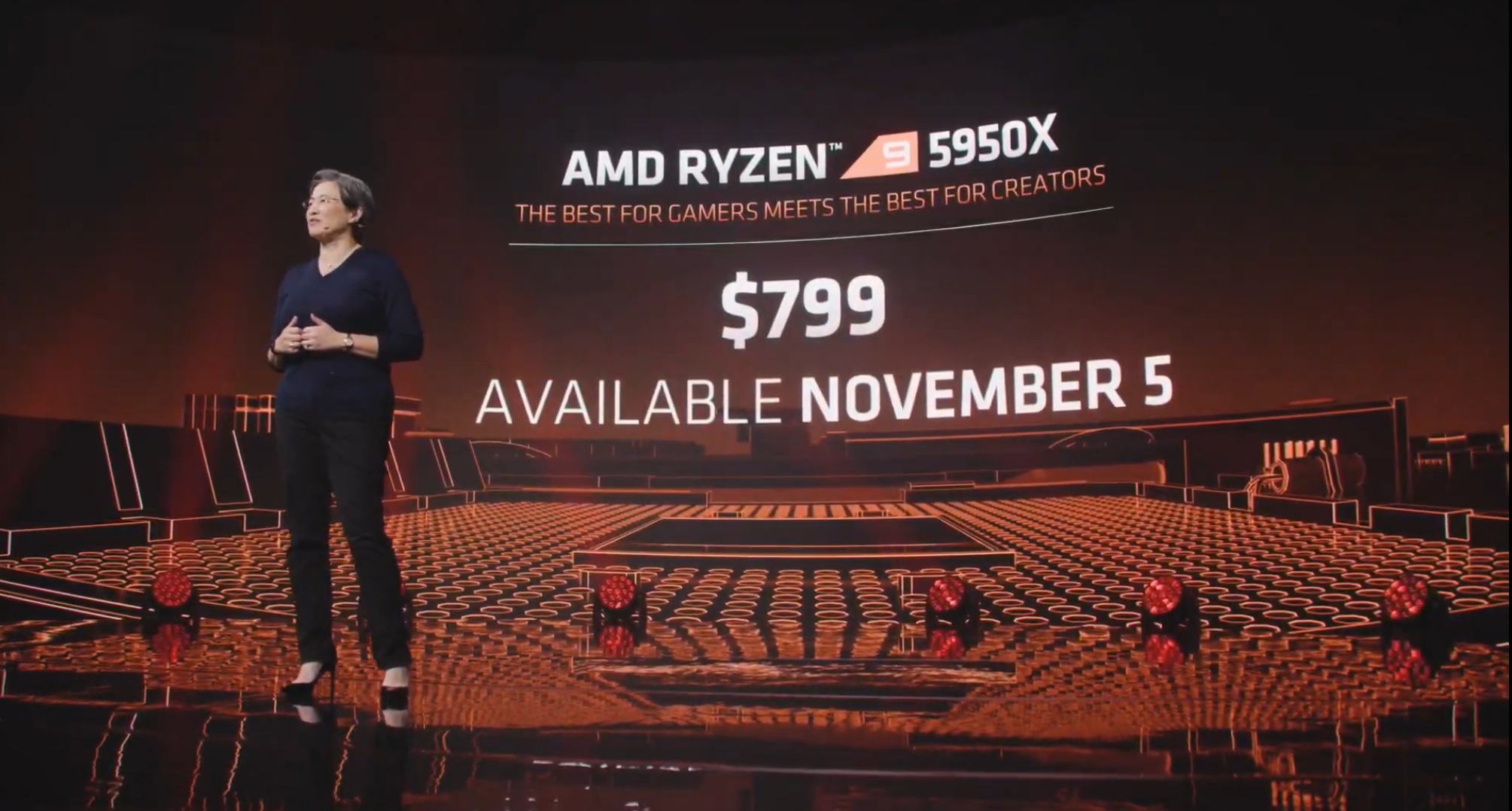 This monstrous processor also comes with a slight premium of $ 50 over the price of the Ryzen 9 3950X at a price tag of $ 799. Marked in Diaries - November 5 is the international launch date of the new Ryzen 5000 processors from AMD. On this date all the processors we talked about in this article will be available for purchase. 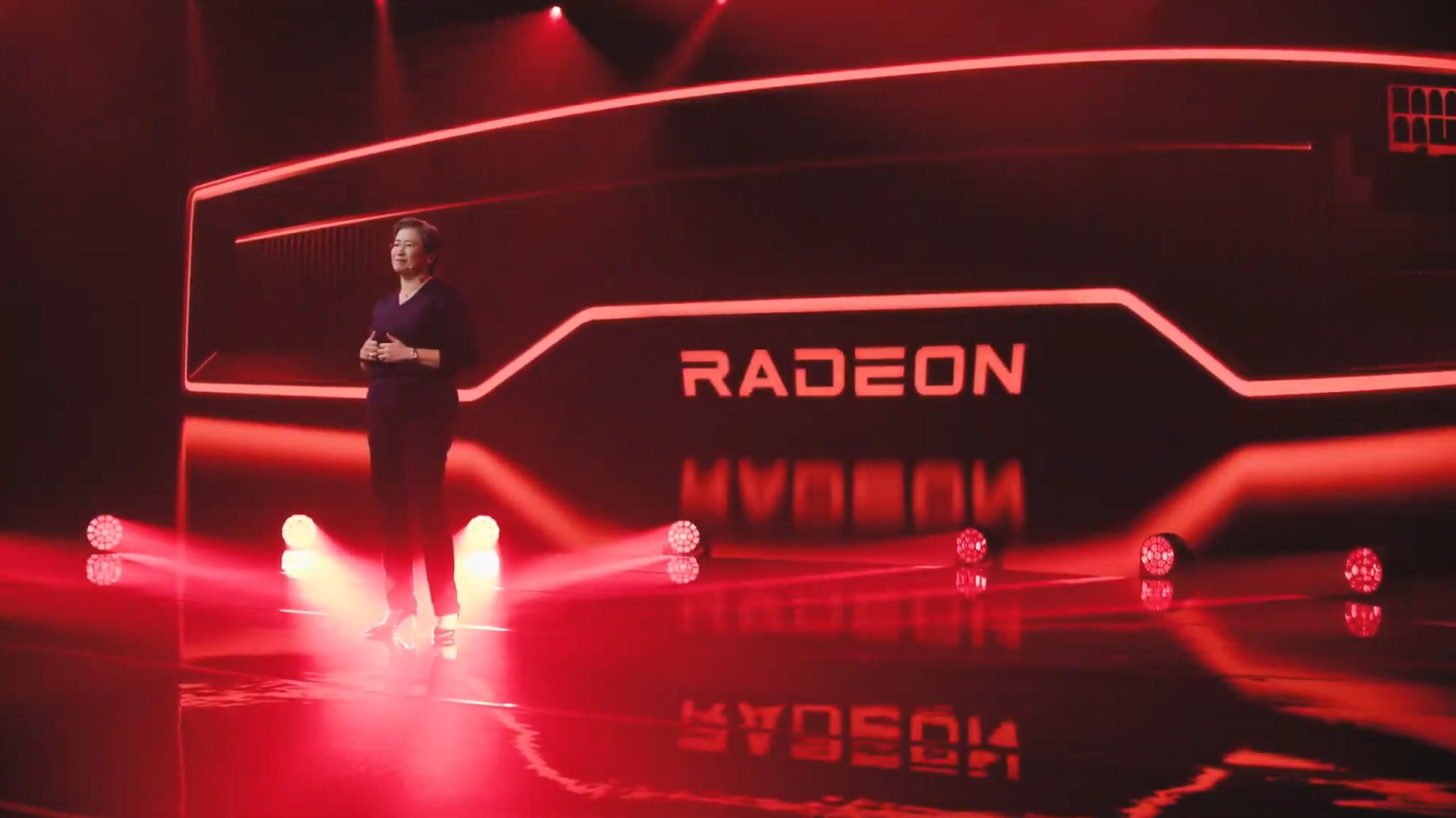 At the end of the presentation, "One more thing." We know Radeon's branded graphics cards AMD On their way to the world air in another generation. This time, the dreaded video card that goes by the nickname Big ships According to the name its core architecture also gets a small and tasty round. 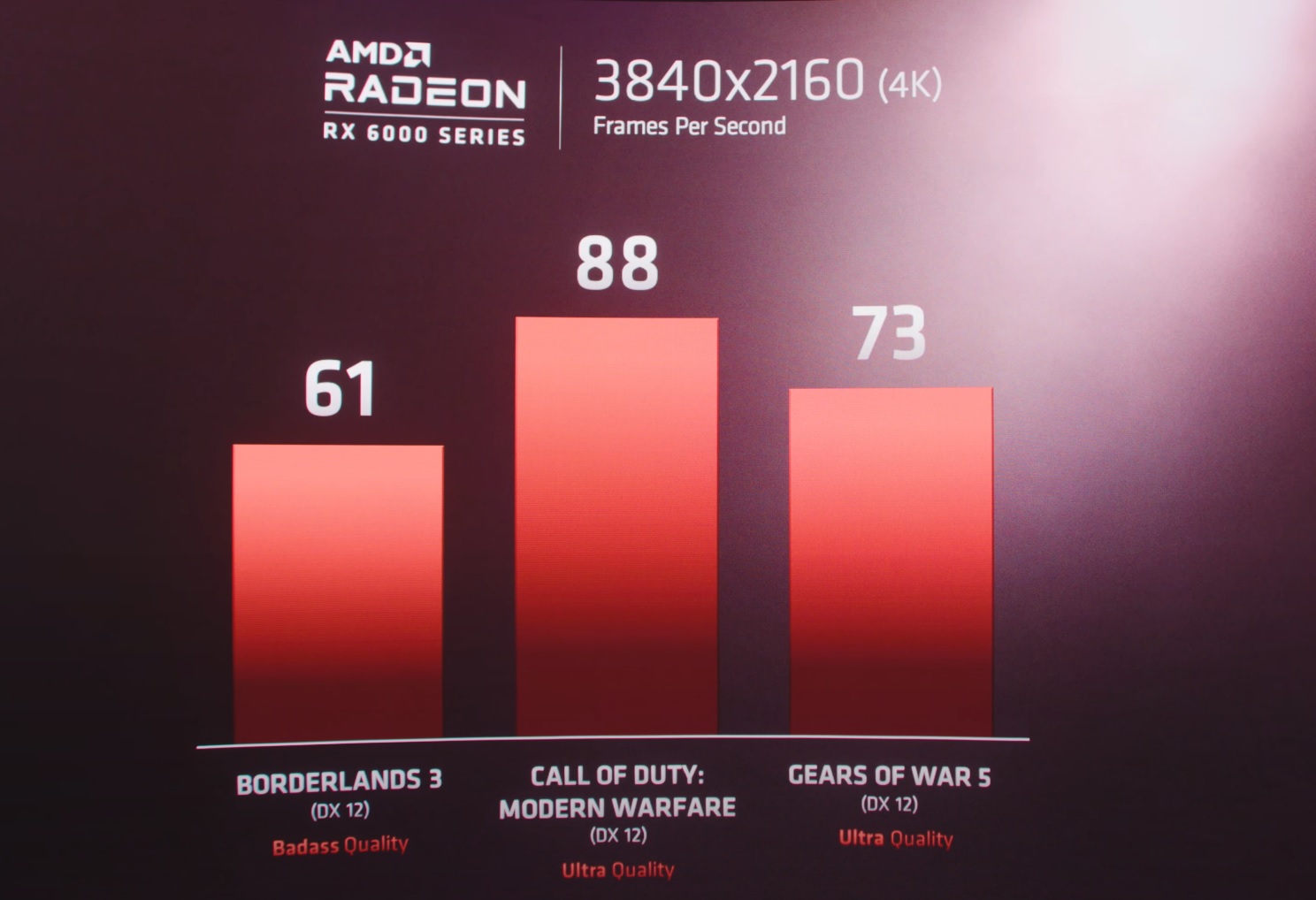 The same performance tasting includes the Borderlands 3 and Gears 5 in 4K resolution. Of course a comparison to the latest GeForce generation of NVIDIA Was not done, but we prepared in advance with performance tests we conducted in these two titles. 60FPS in Borderlands 3 and 73 in Gears 5? one picture is worth a thousand words. 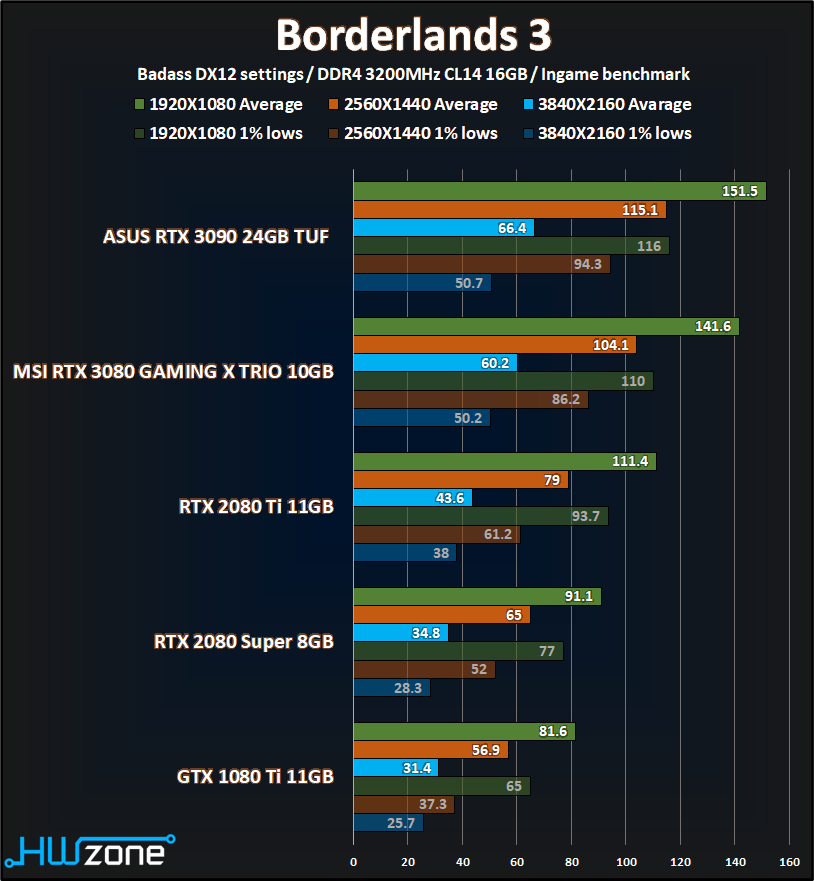 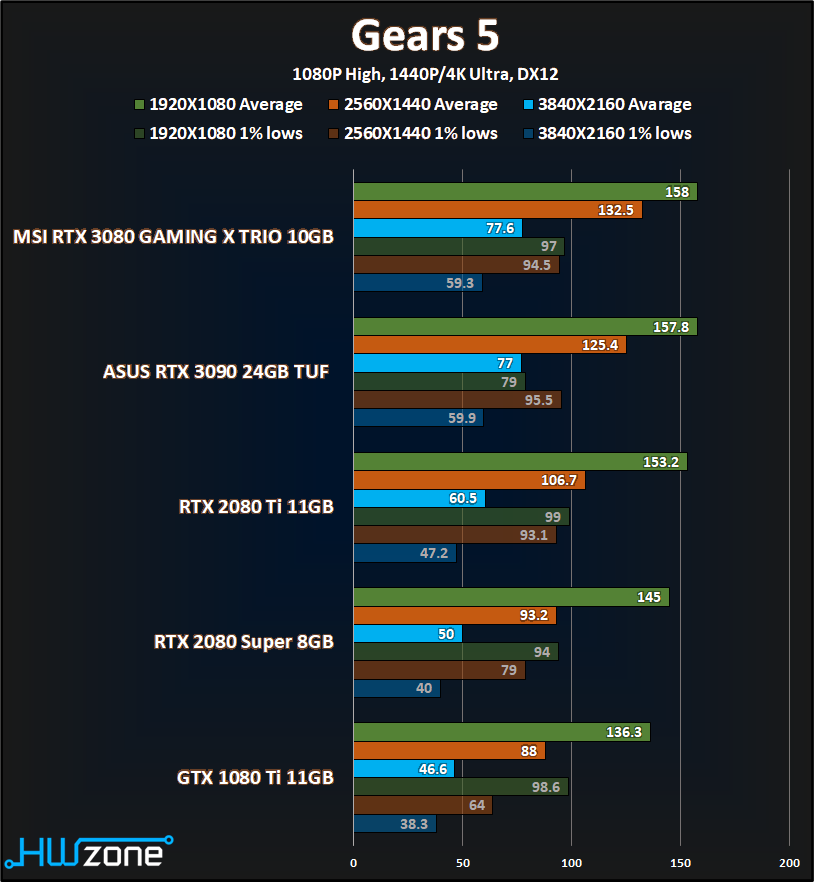 There seems to be a promise of truly competitive performance on the part AMD Also in the field of video cards. For more news on the subject had to wait a little longer until the official event of card unveiling Radeon The new ones on the 28th of the month. 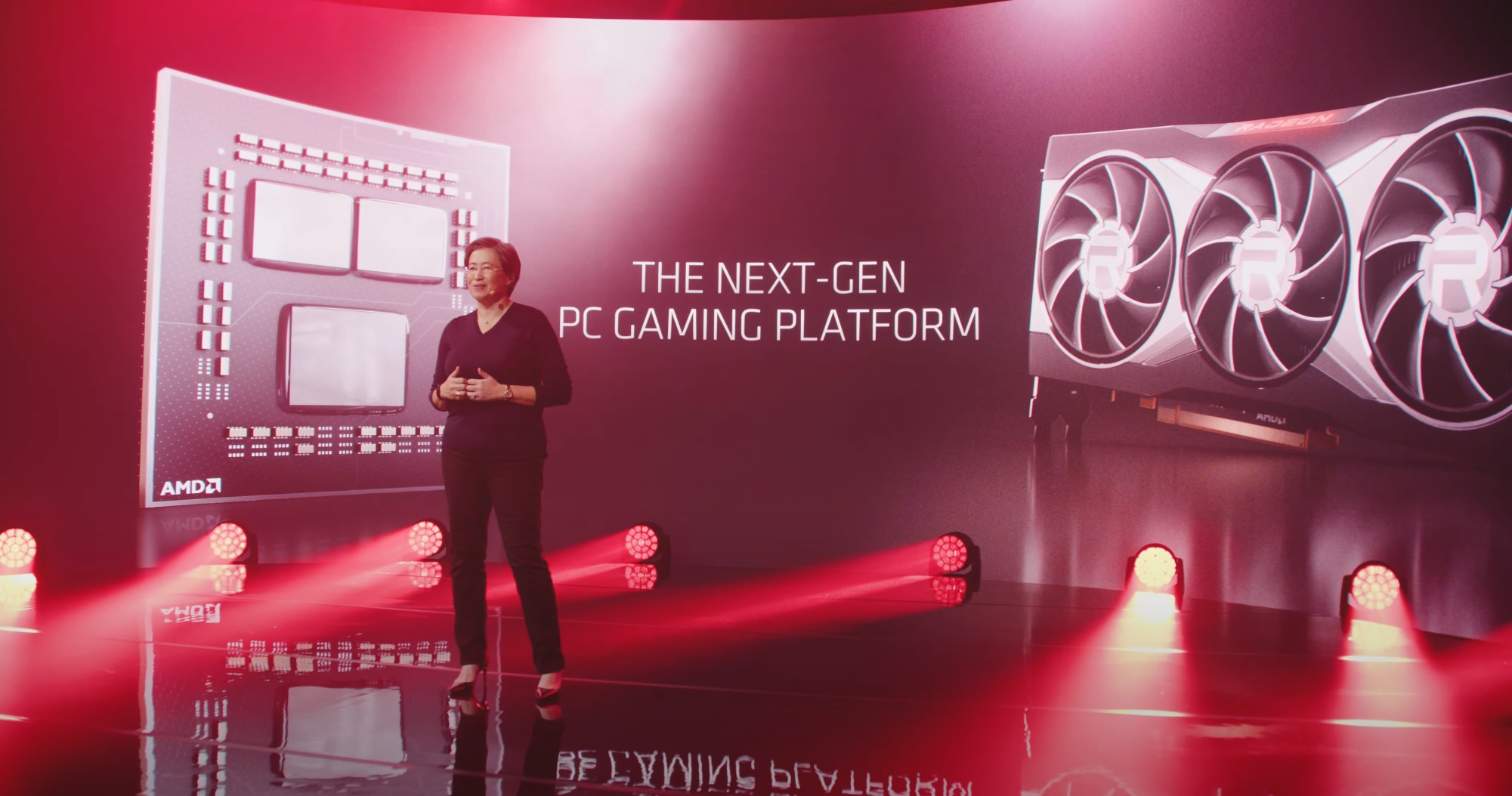 Thus ends the recorded launch event of AMD Which in a few minutes it does not wait and pours all at once all the main technical information and performance tests for its new processors.

We will of course bring extensive coverage along with in-depth performance tests in gaming and productivity when processing AMD The new ones will become available - worth following!