With a share price and higher market value than ever in its entire history and a series of positive financial reports with gradual growth, the company AMD Comes to the CES 2020 exhibition with a significant boost - ready to excite us once again with the latest technologies.

This intriguing event will be broadcast live across the web, in the best tradition of the modern age, and we will make sure to update you on all the hot and significant details of course - when it looks like the planned highlight is the announcement of Ryzen 4000 processors for the four, six and eight core mobile market Zen 2. The most surprising figure of all? The modelsRYZEN 7 4700U andRYZEN 7 4800U that will probably offer no less than eight physical processing cores - for the first time on the market under a minimum power envelope of 15 watts.

What else is planning for an event that will begin in a few minutes? More details on Zen 3 architecture for processing cores that should pop up in commercial products later this year and officially announce the modelRadeon RX 5600 XT with a recommended price tag of $ 280, the same as the price tag of theGeForce GTX 1660 Ti.

Start the event with all the high-end partnerships thatAMD Has managed to accumulate for itself lately - and also another confirmation that the next console from Sony is officially called Playstation 5. 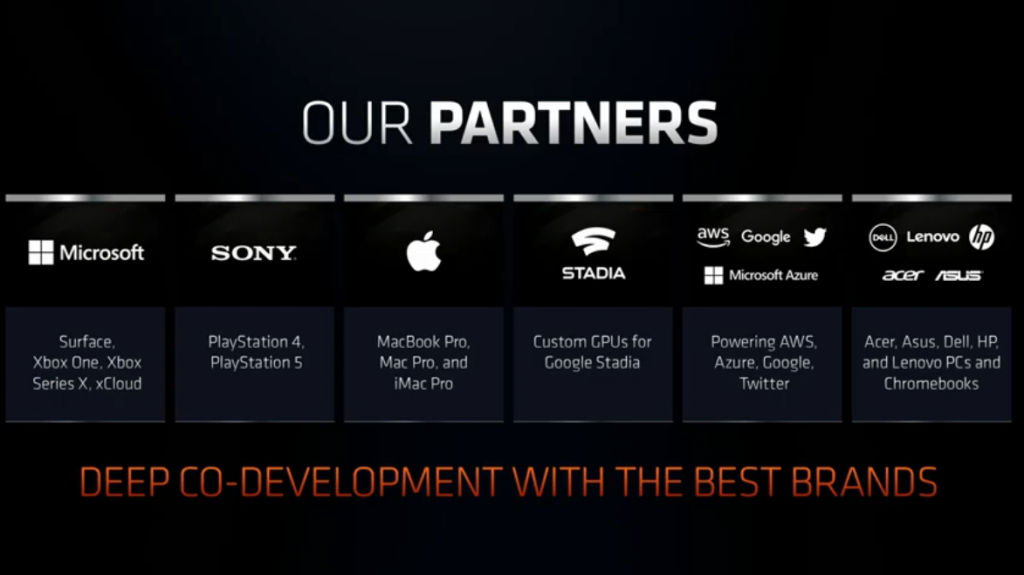 As expected - start with the great news of 8-core processors (and 16 logical processing capillaries) in the field of desktops, with the first chips in the category based on 7 nm lithography. 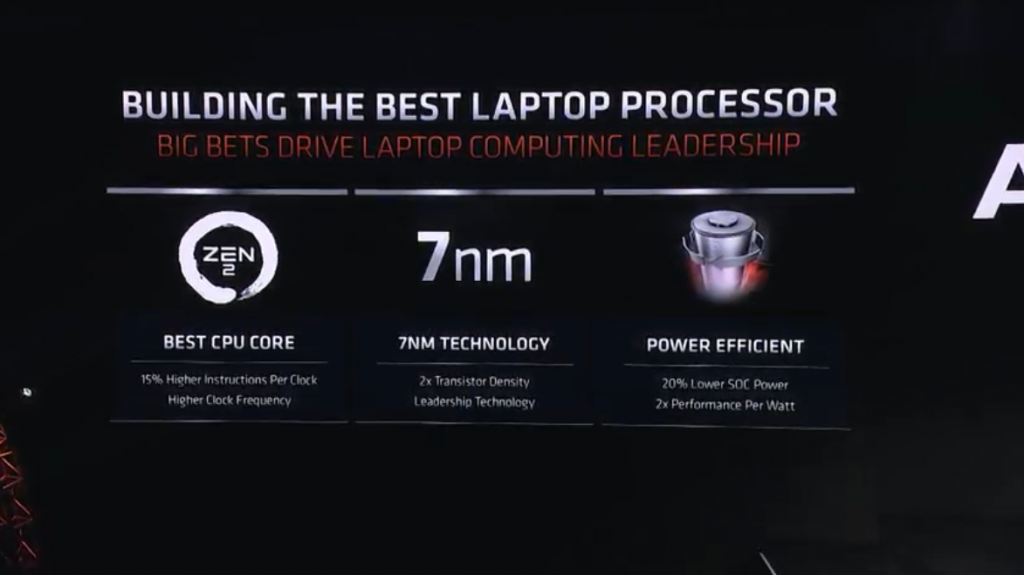 CEO AMD On stage, ensures a rare leap in performance for the mobile market as part of the GenerationRYZEN The new 4000. 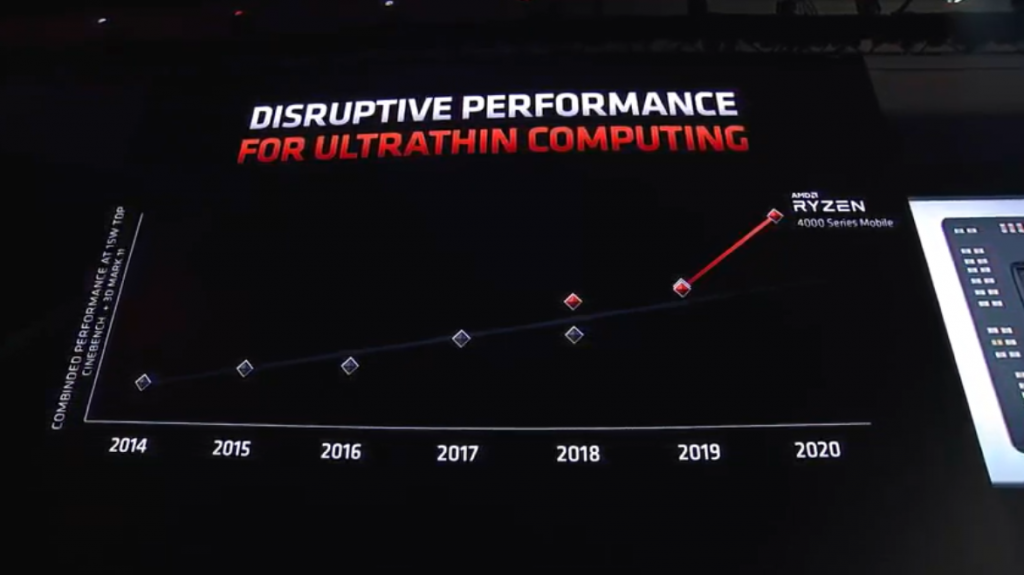 The leading product is the Ryzen 7 4800U - with 8 processing cores of the Zen 2 type and a built-in graphics unit with 8 processing clusters from the Vega generation (7 nm lithography updated in this case as well) in a 15-watt shell only. Promise to improve performance compared to the latest Ice Lake processors Intel, In both general and graphical processing. 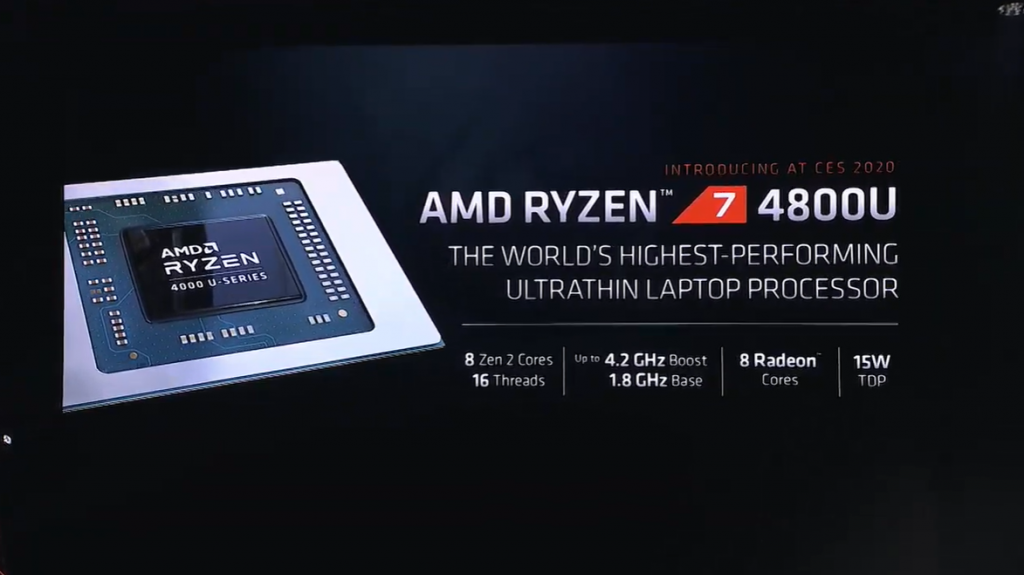 The first mobile with 8 cores processing at 15 watts comes to us from the Yoga brand Lenovo - and the company declares 100 different models that will be based on the processorsRYZEN 4000 during the whole of 2020. 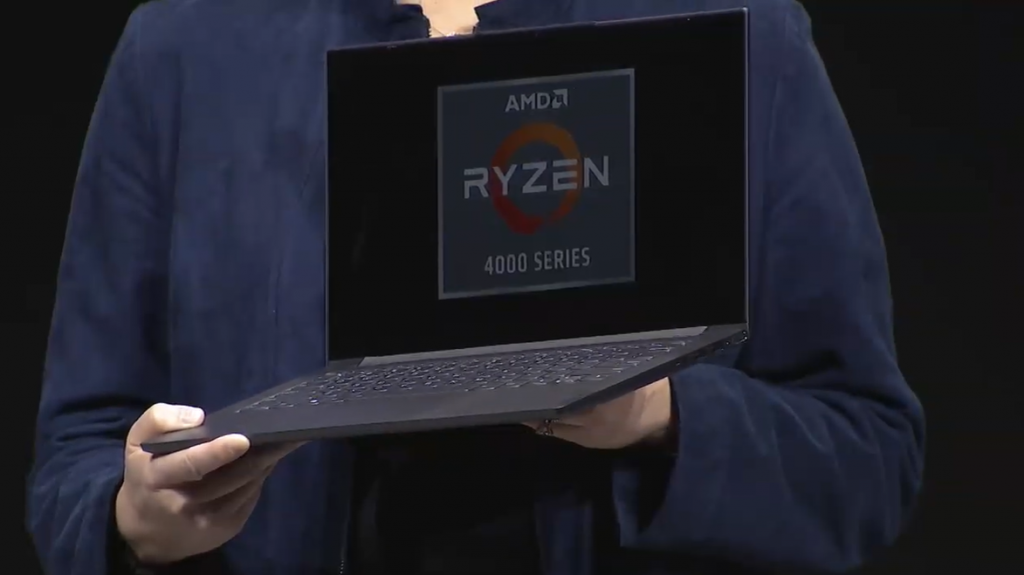 Now the world of the brandRadeon - with more small mentions of current successes before focusing on the future. 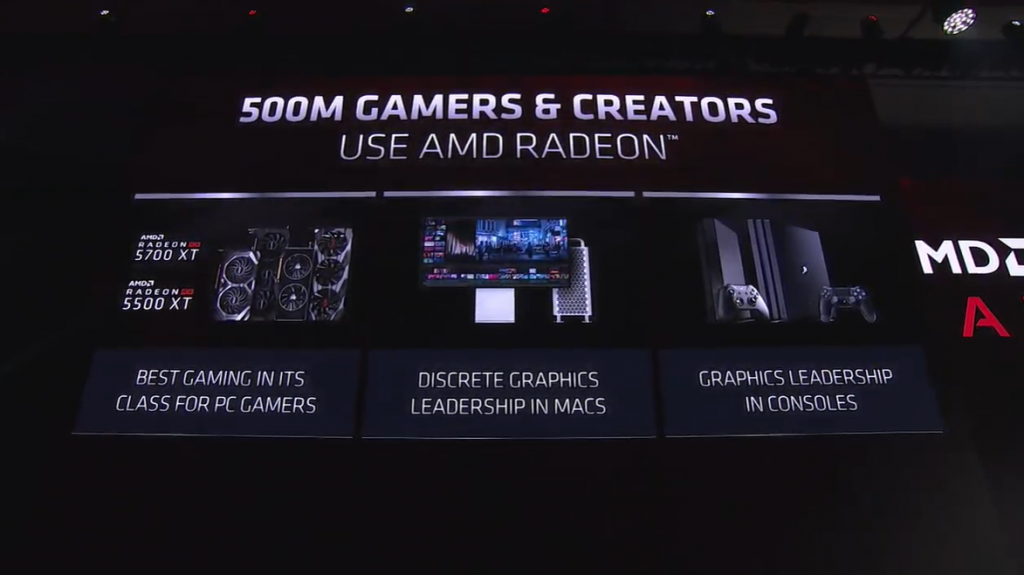 Similar to what the competitor started NVIDIA In the middle of last year - also the technologyFreeSync Which includes almost 1,000 different screen models is going to be divided into several subcategories that indicate different characteristics and capabilities. 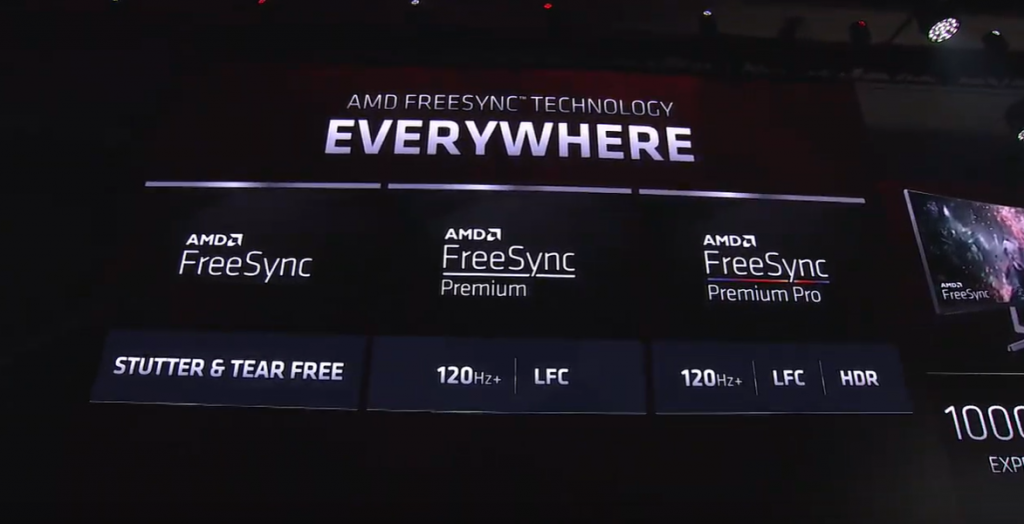 God-Radeon The RX 5600 XT is officially coming - as the ultimate gaming card with 1080p resolution, in maximum quality, in 2020. 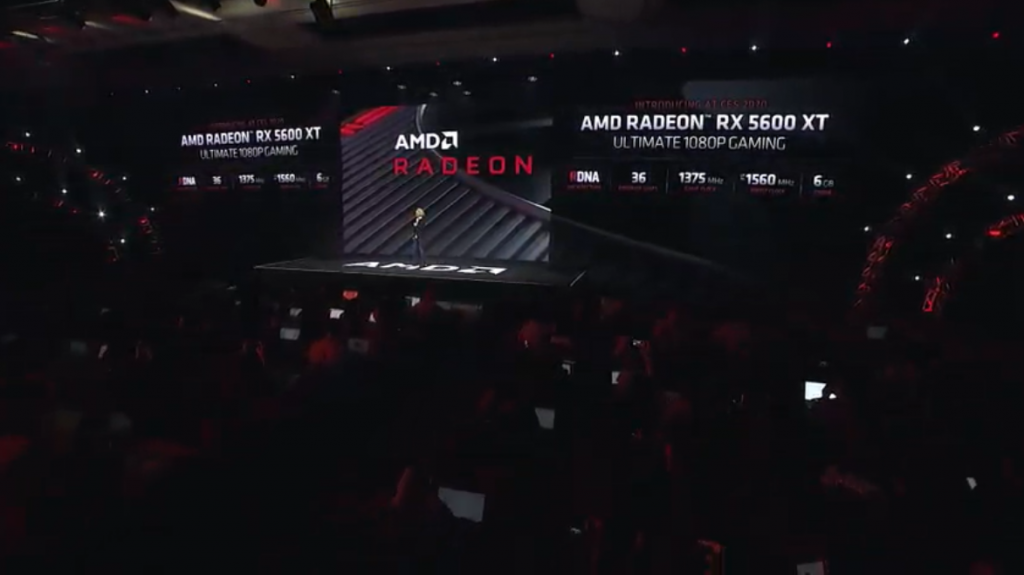 Some very positive graphs point to a significant lead in capabilities compared to the GTX 1660 Ti - with the same official price tag. 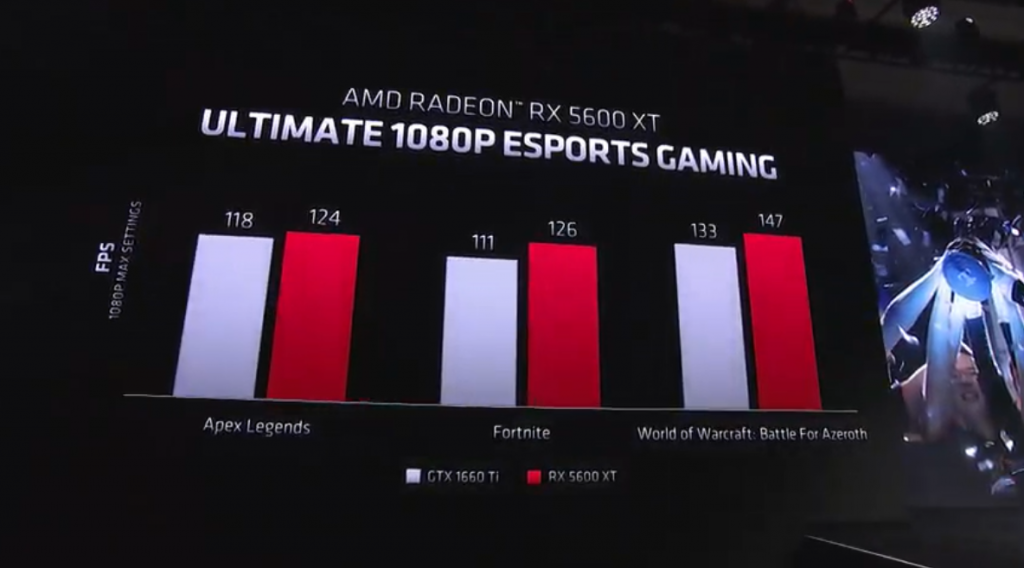 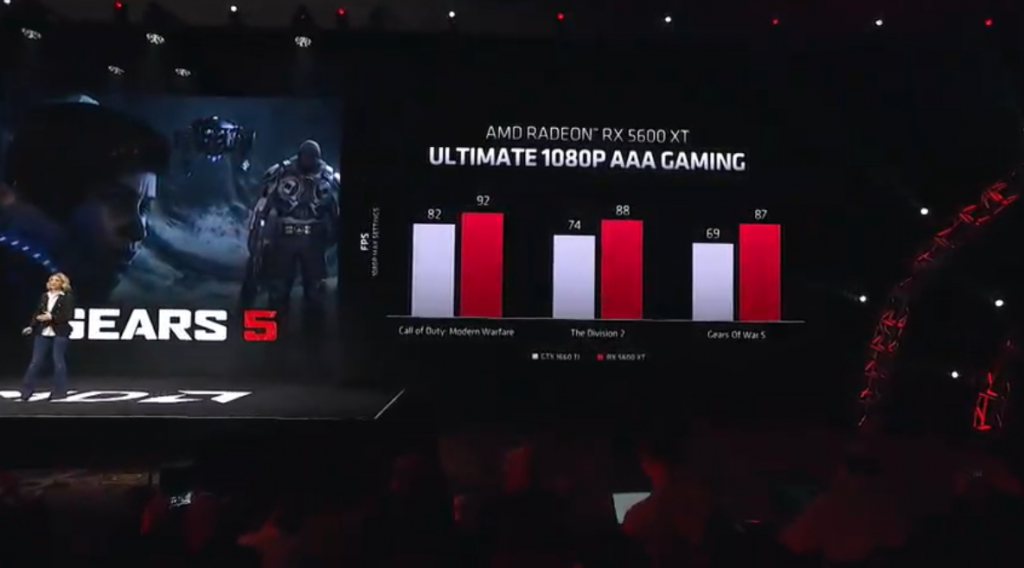 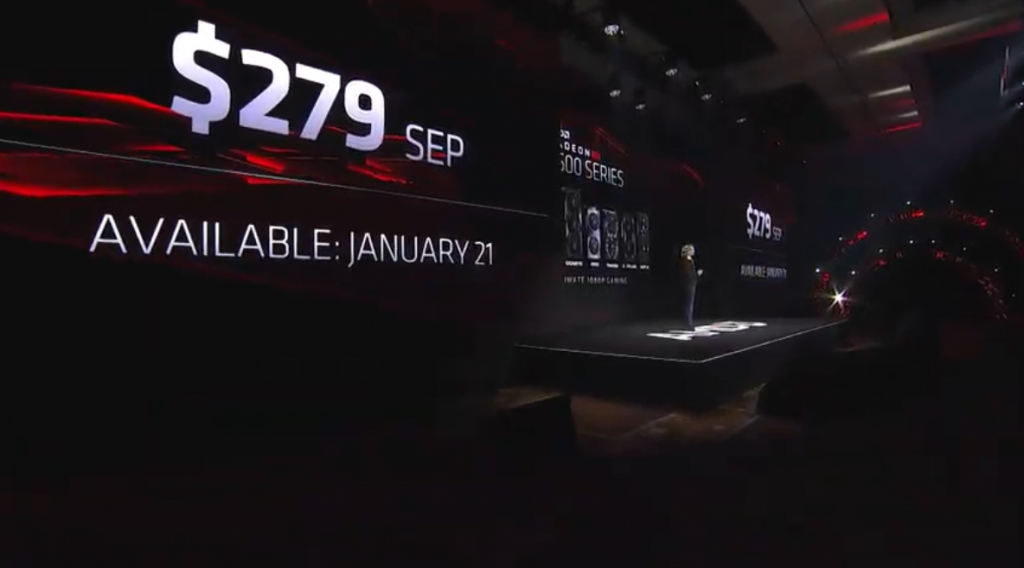 And there are also plans to launch mobile versions for theRadeon RX 5700 andRadeon RX 5600 XT - within a few months from this moment. 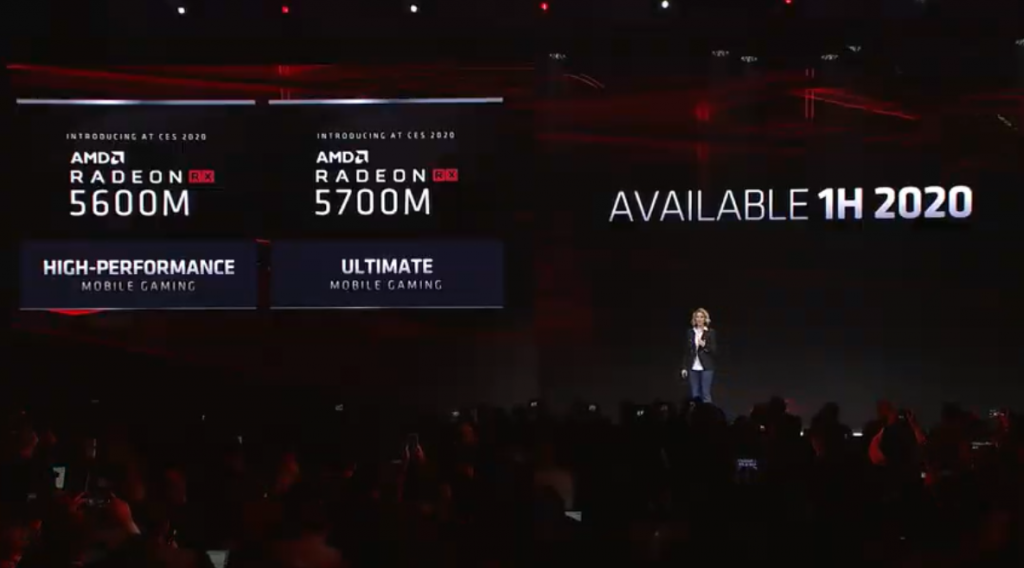 Switch to the portable Ryzen 7 4800H processor with a 45-watt power shell - which claims to provide the same performance as Processors Stationary with 95 watt casing. 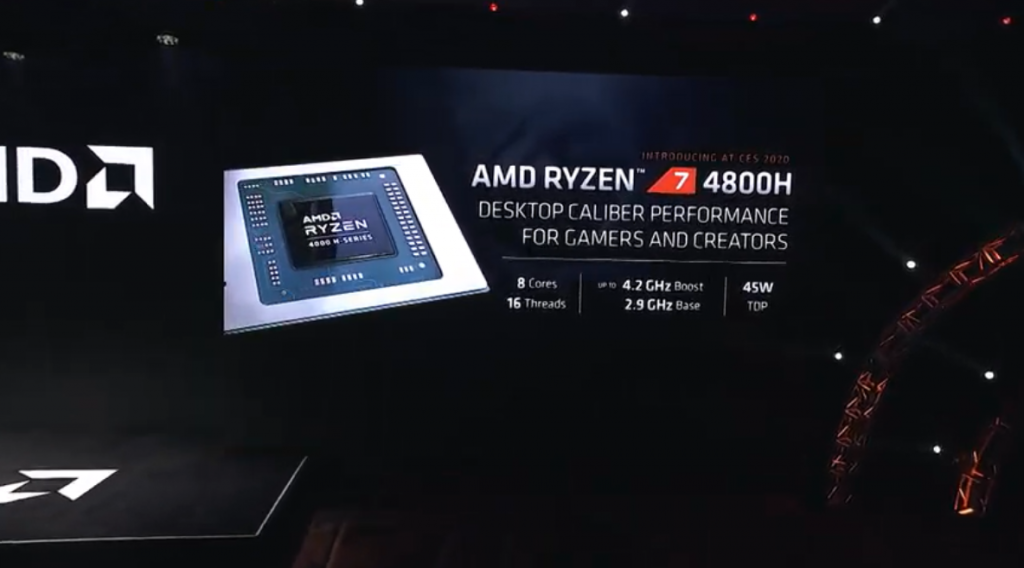 Frank Zone, one of the company's newest prominent purchasers, is on stage with the first mobile based on the Ryzen 7 4800H, the Zephyrus family of Asus - With a unique and likable dot led screen built into its exterior. 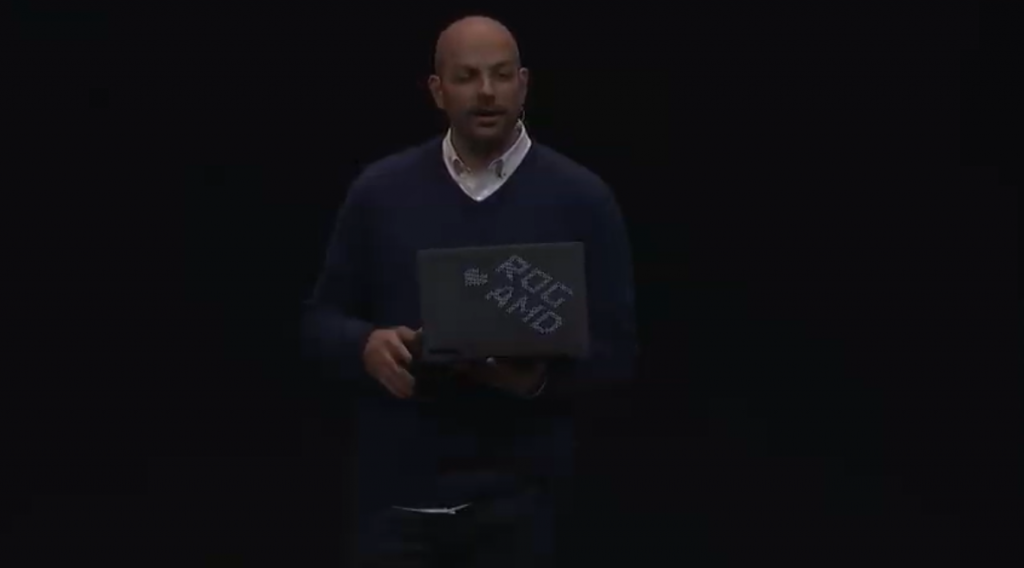 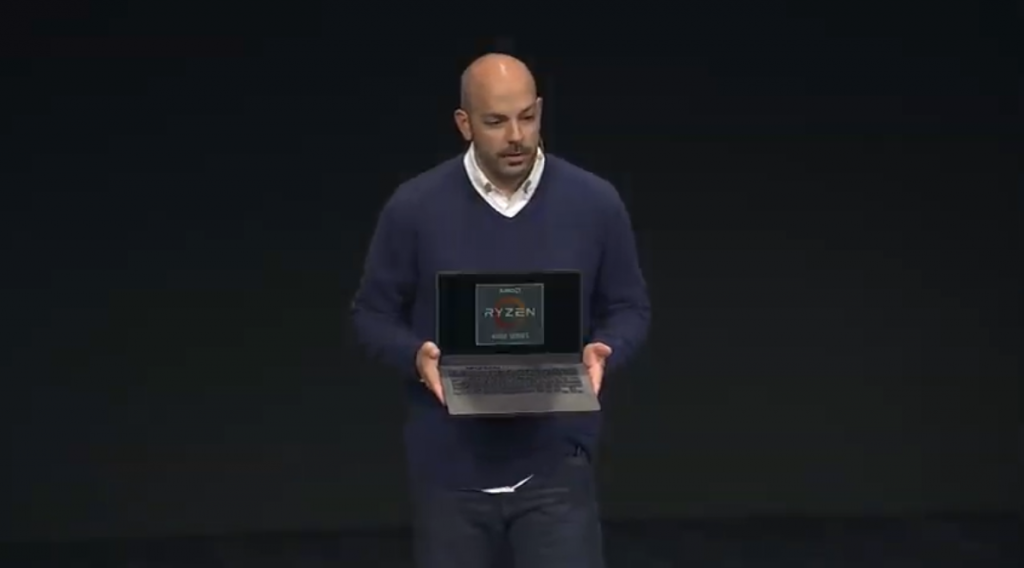 Now comes the push to use a combination of main processors and graphics processors that all come fromAMD Itself - with Technology A new one called SmartShift that can provide extra performance compared to other combinations. The start will come with the G5 model from Dell during the second quarter of the current year. A third key partner of the company that appears on stage. 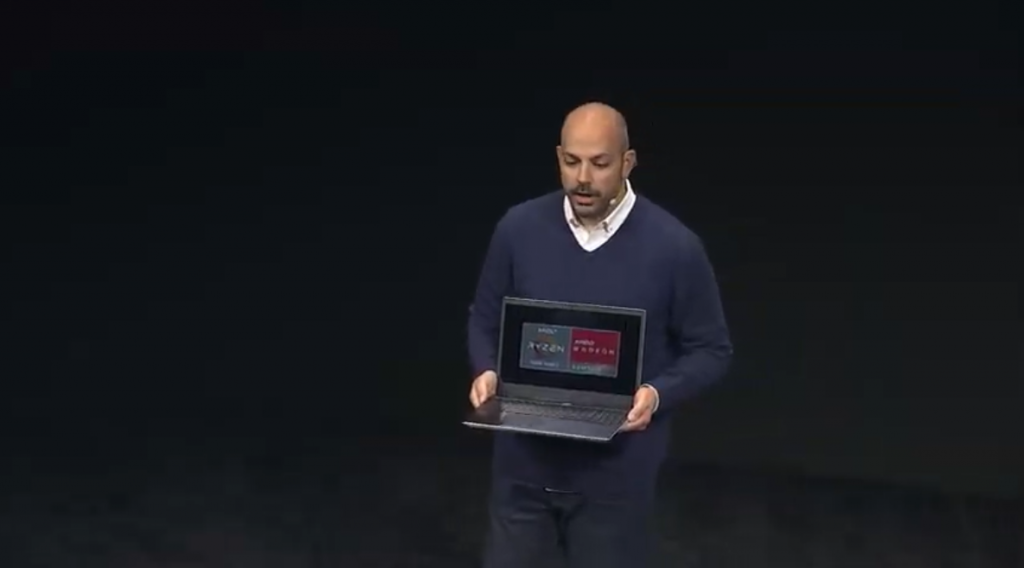 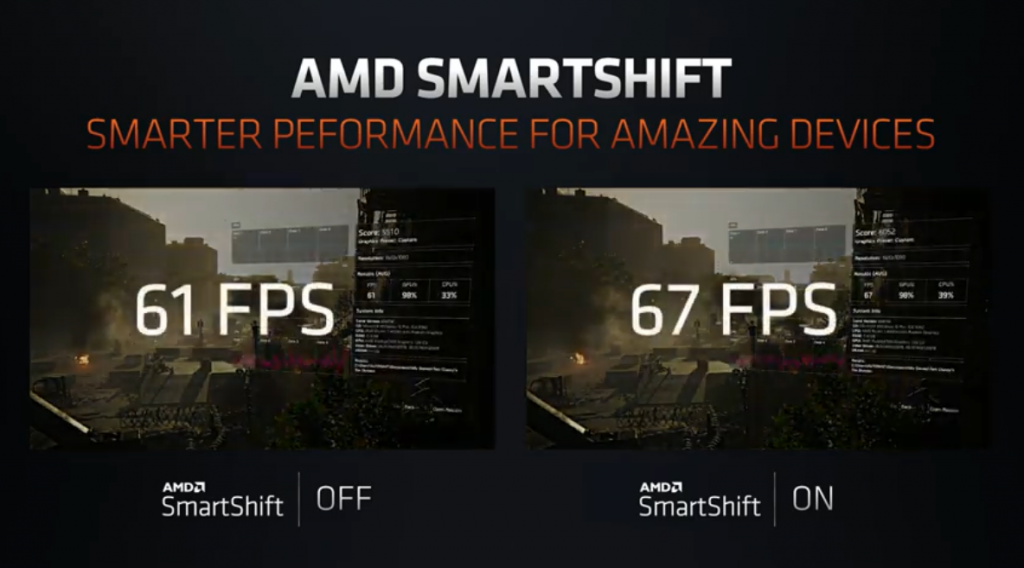 Workers in the stationary market and big with theThreadripper 3990X - Receives an official price tag of $ 3,990, for 64 physical processing cores. Double the price ofThreadripper 3970X with its 32 cores. 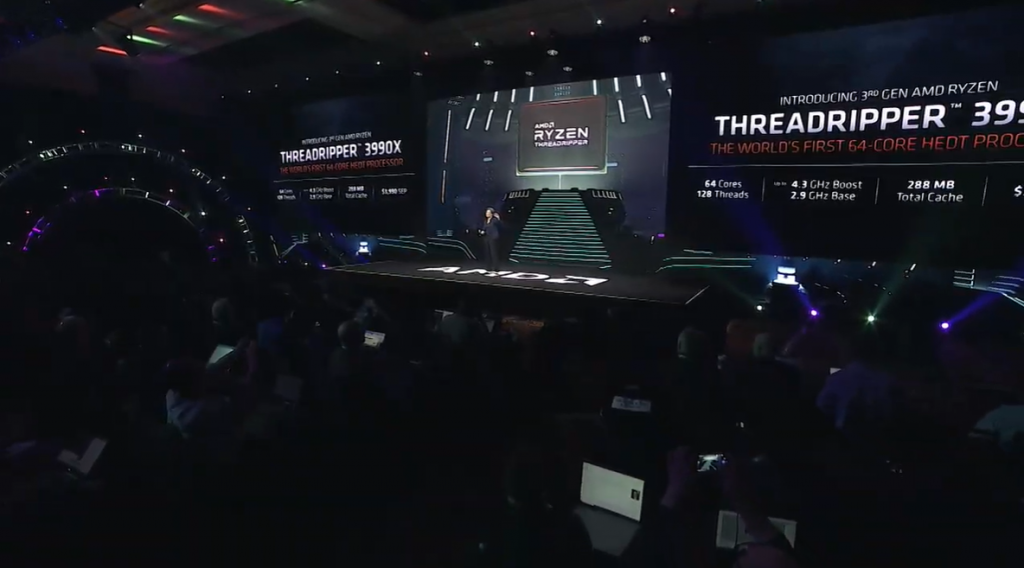 Now turn to try and embarrass Intel (And not for the first time at this press conference) with a comparison to my products Xeon Prestigious at a price several times higher - which still fail to offer the same performance as those of a unit Threadripper Single 3990X. 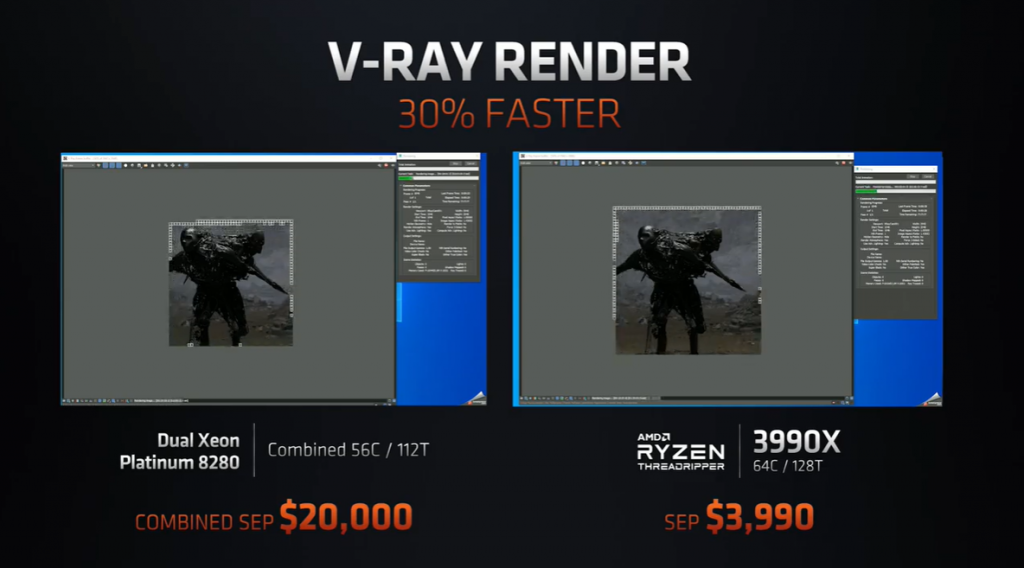 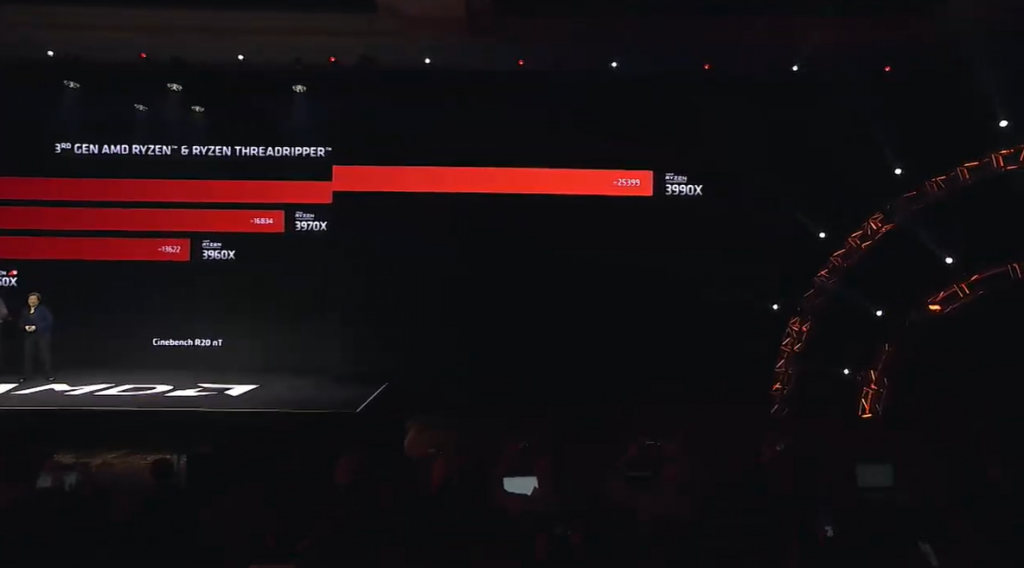 The launch of the most monstrous HEDT model is closer than we imagined - on February 7, which means in exactly one month.

So what product is most interesting to you from those who have revealed to us AMD? Let's tell in the comments.