The Microsoft event provided us much more Than an update for the Surface Pro and Surface Laptop - also a new "lightweight" version of Windows 10 was there, and with it theSurface The first unique to be based on.

Windows 10X is another sub-version of the popular and successful operating system from Microsoft, which was built with targeting for devices with folding screens or dual screens. It offers a different start menu, eliminating the Live Tiles feature familiar to those who use "original" Windows 10, including easier and more accessible options for running a pair of applications in a pair Windows Side by side - and will likely prevent users from having standard access to classic Win32 applications.

Like other sub-versions of Windows 10 We met in recent years, here again in Windows 10X, Microsoft will try to convince developers and users to adopt the modern UWP platform and the use of the built-in digital store in the system, to ensure optimal compatibility with the refreshing dual configuration. Microsoft will offer backward support for running software and applications Windows From the past to our delight - although it is likely to be an ability that will receive marginal attention compared to the push into the UWP envelope. The hidden rabbi over the visible when it comes toWindows 10X at this stage, when it seems that the official launch of the system will only come towards the end of 2020 - and until then there may be quite a few changes in the approach and perception that accompanies it.

The first device to launch Windows 10X, at least from Microsoft's point of view, will be the Surface Neo-compatible tablet Big brother of the Surface Duo Featuring a pair of 9-inch screens side by side in a folding metal casing with a 360-degree rotation axis, which together will provide an 13-inch work surface. Each of the screens is protected with Gorilla Glass cladding and boasts an 5.6 millimeter thickness only, thanks to the use of the thinnest panels ever in LCD technology for the people of Microsoft Office - And when the Surface Neo is folded in half, it will offer a thickness of a little more than 11 millimeters and a weight of less than 1.3 kilograms, which can certainly provide competition for computers. Mobile "Simple" with 13-inch screens.

The Neo Surface will be powered by me A chip from Intel's innovative Lakefield family, Which has yet to be officially launched but will offer for the first time a hybrid approach with the use of one large core processing familyCore (First generation Sunny Cove core) plus a number of small and economical processing cores in the family architectureAtom (Four-core Tremont core), when theFoveros You will be able to combine several silicon chips side by side in a single case on top of the printed circuit so that both the dynamic memory, the graphical core and the PCH are all in one mantle of ultra-tiny dimensions.

Next to the Surface Neo, a touch pen will be offered that will be connected via a hidden magnet to the outside, and a wireless keyboard with an interesting concept that can be used completely separately from the device, or by connecting and placing it on one of the two screens to cover the part. Used as a touchpad or as a quick access interface to emoji and GIFs - somewhat reminiscent of computer concepts Mobile Owners of secondary screens that are already sold in stores, but with increased flexibility as the interface will not be fixed but one that will be set by the user at any given time.

We still do not have more details about the Surface Neo - mainly because it too, like Windows 10X, is slated for its commercial launch only towards the end of next year. However, Microsoft has already stated that partnerships such as HP, Dell and Lenovo work on devices Windows 10X of their own in new and interesting configurations, so despite the longer-than-usual waiting time that is expected of us - we will probably hear about this new venture quite a bit in the near future. 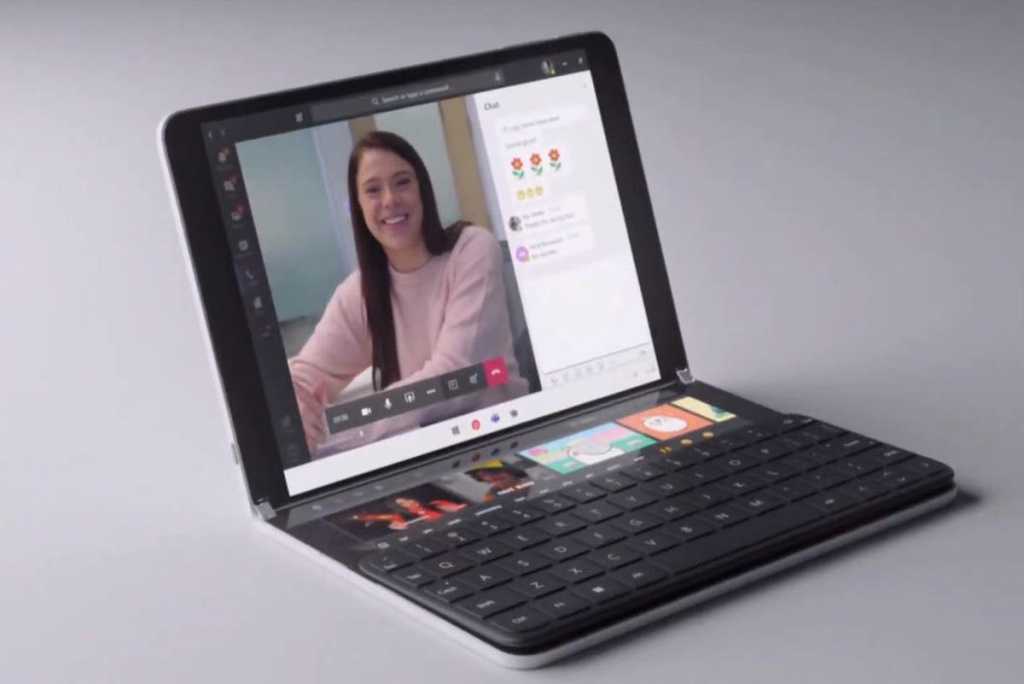 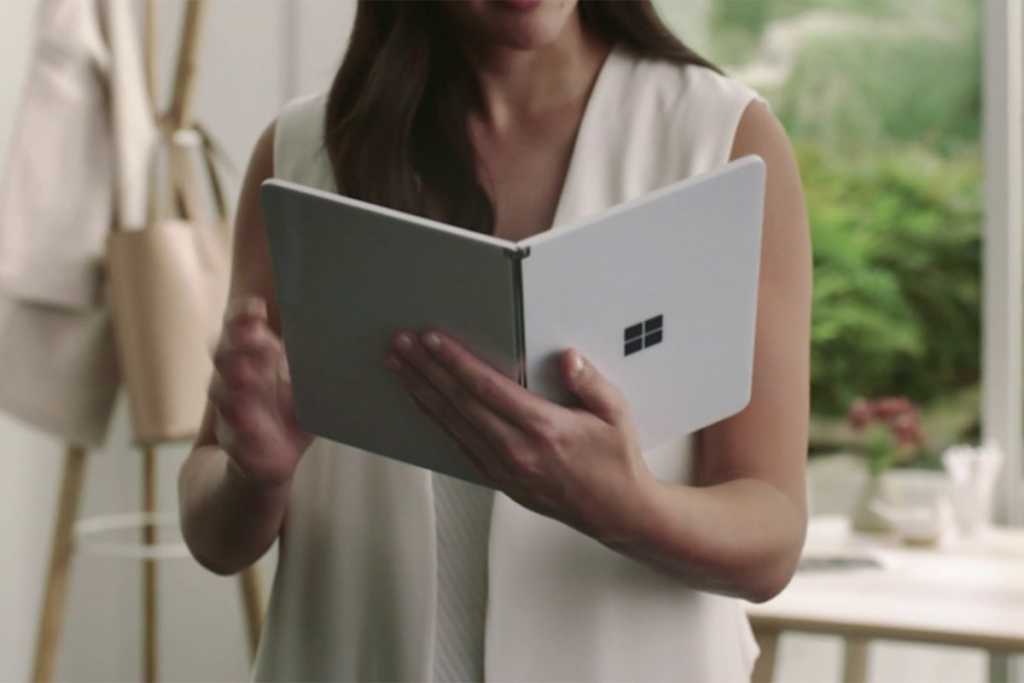