AMD's response to NVIDIA's competition for the new mid-range market

Today officially launches AMD The video card Radeon RX 6600 XT for gaming for just under $ 400 - is this the product we've been waiting for? We examined its performance

Summer is at its peak and the world of video cards remains in high gear with a series of launches that has not stopped since the beginning of the year, with or without global problems. This time Torah of AMD With a new product aimed at a slightly more popular market segment than its products so far in the new video card series.

God-Radeon RX 6600 XT is a video card that according to its name on days as usual can be concluded that this is a mid-market product at a fairly accessible cost. Admittedly, reality has created a market graphic cards Particularly expensive, and today there is a new mid-market, one that revolves around $ 400 and not the same price tags we used to see like $ 200-300.

The target audience of this product according to AMD It is mainly the world of gamers who use Full HD 1920X1080 screens, and especially those with a high transmission frequency of 120Hz or higher. There is nothing wrong with that. AMD You are right that even today the most common screen resolution among computer users in the world is still 1920X1080. Screens with this resolution are still the cheapest and gaming screens especially compared to those with higher resolutions. The Radeon RX 6600 XT is currently the cheapest video card in the Radeon RX 6000 series AMD Based on RDNA2 architecture in a 7 nm plant process TSMC.

This is the same architecture you will find in Playstation 5 andXbox Series X News. 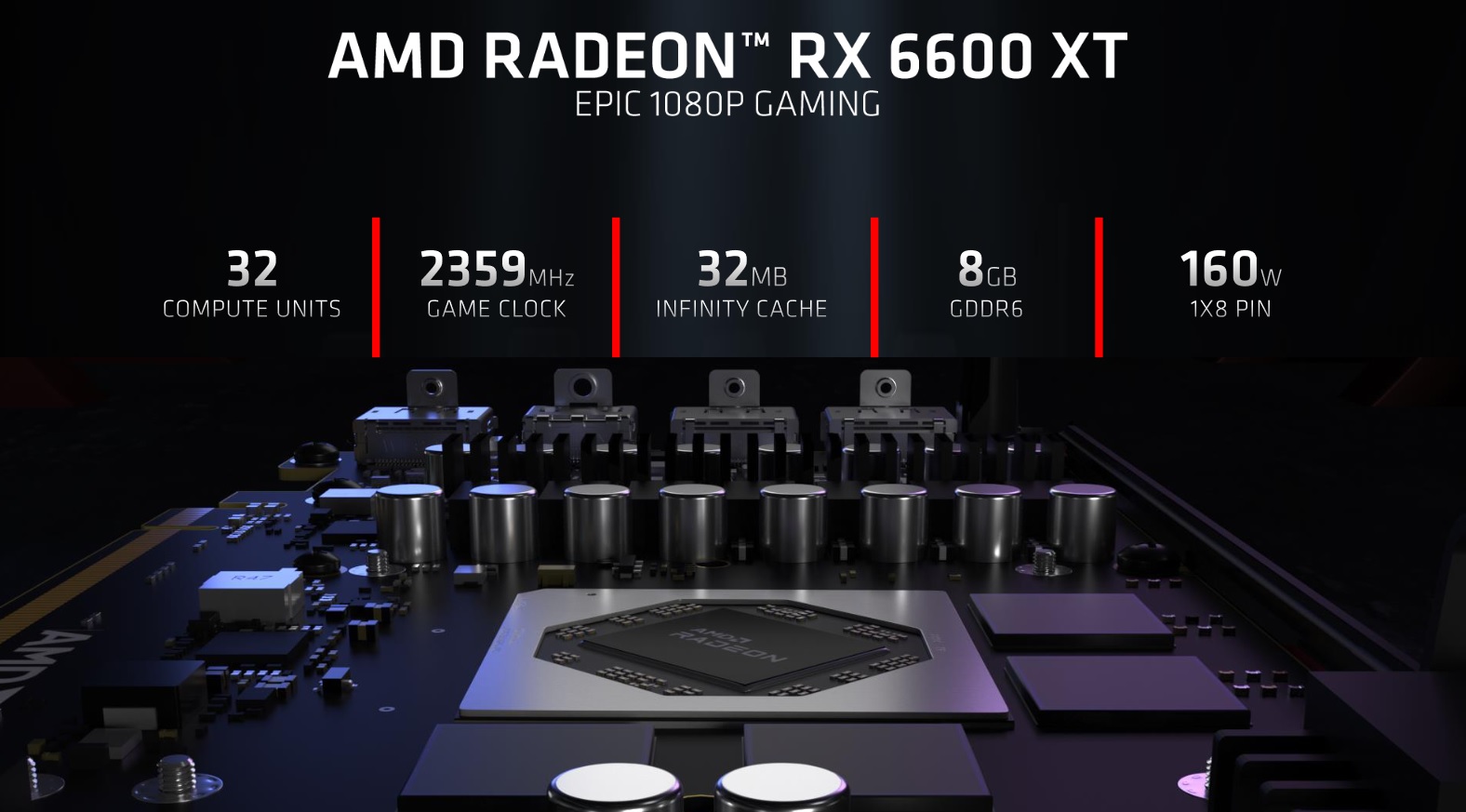 God-Radeon The RX 6600 XT contains 32 graphics processing sets, a working frequency of 2359MHz (specific analysis below), 32MB of זיכרון Third level cache, 8GB of זיכרון Graphic type GDDR6 And is set by default to a 160W heat envelope only with an 8PIN power connector. 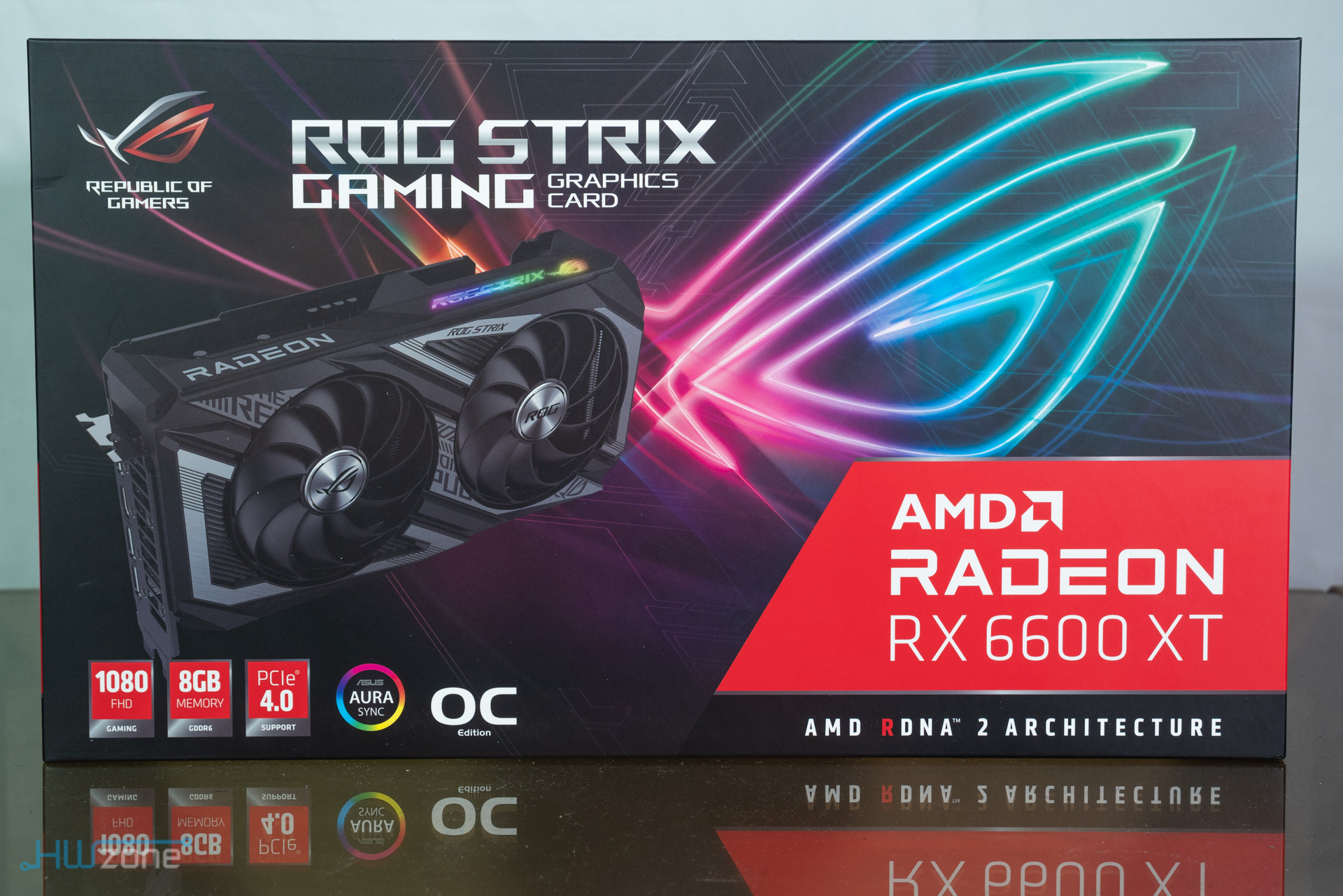 Time AMD Skips versions in its home design and gives the stage to the various hardware manufacturers to produce their versions ofRadeon RX 6600 XT. The one that appears in this review is the ROG STRIX RX 6600 XT OC 8GB from the hardware giant Asus. This video card comes with a slight addition of operating frequencies, and with a body Cooling Advanced that includes two quiet and efficient fans. The exact model name is ROG-STRIX-RX6600XT-O8G-GAMING. 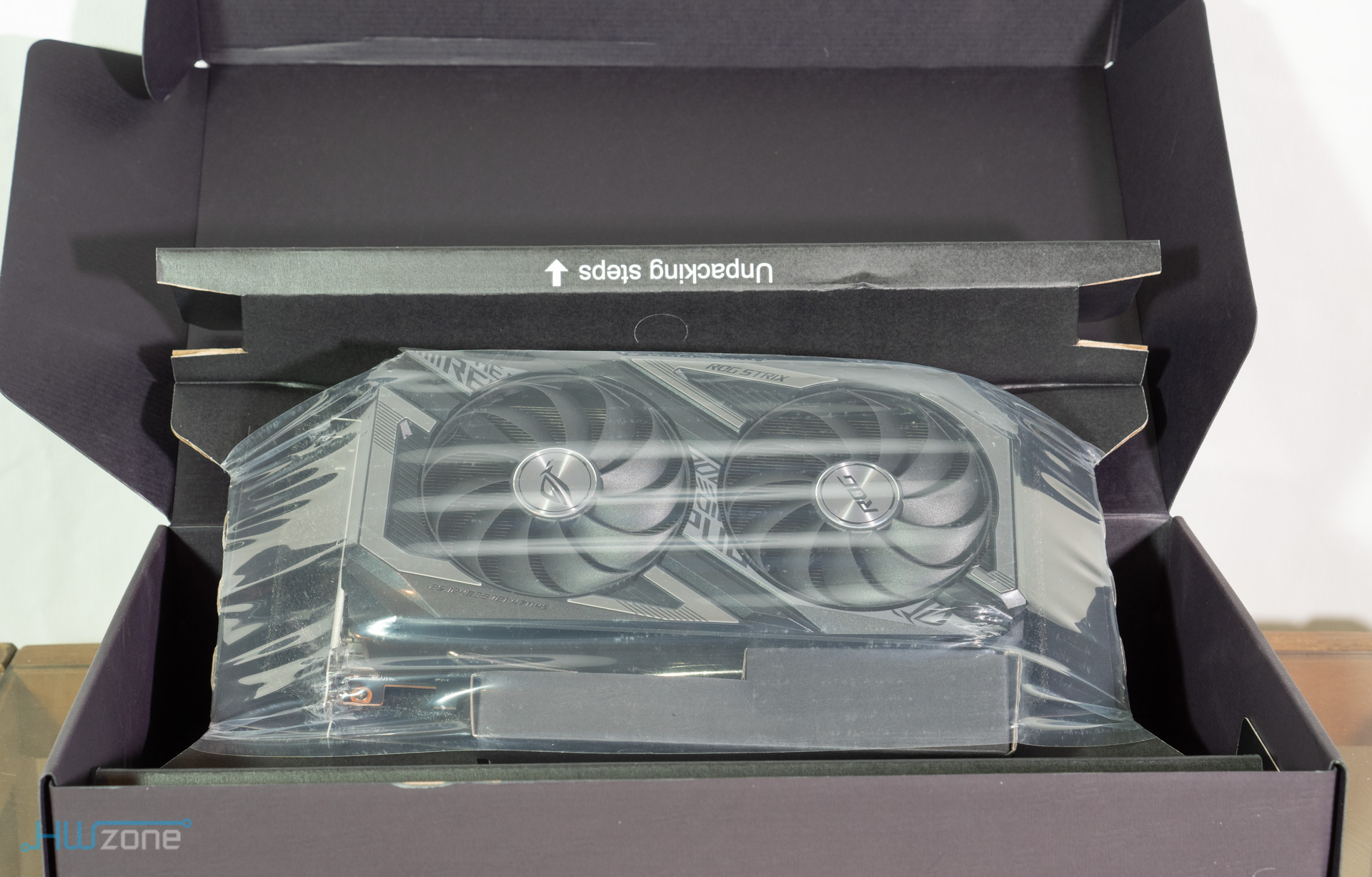 We do not usually expand on unboxing and packaging products of this type as it is a rather marginal experience, but we did notice something a little new. This video card from Asus came in an interesting way. We have not yet seen a video card, probably one whose recommended price in Israel is NIS 2,819, which comes when it is wrapped in cardboard with cling film. We are not big fans of the idea as the use is disposable and once the plastic is removed we will not reach the same level of packaging unless we stick it with adhesive tape. A bit odd for a video card at such a price level not to be in a spongy niche cut to size. 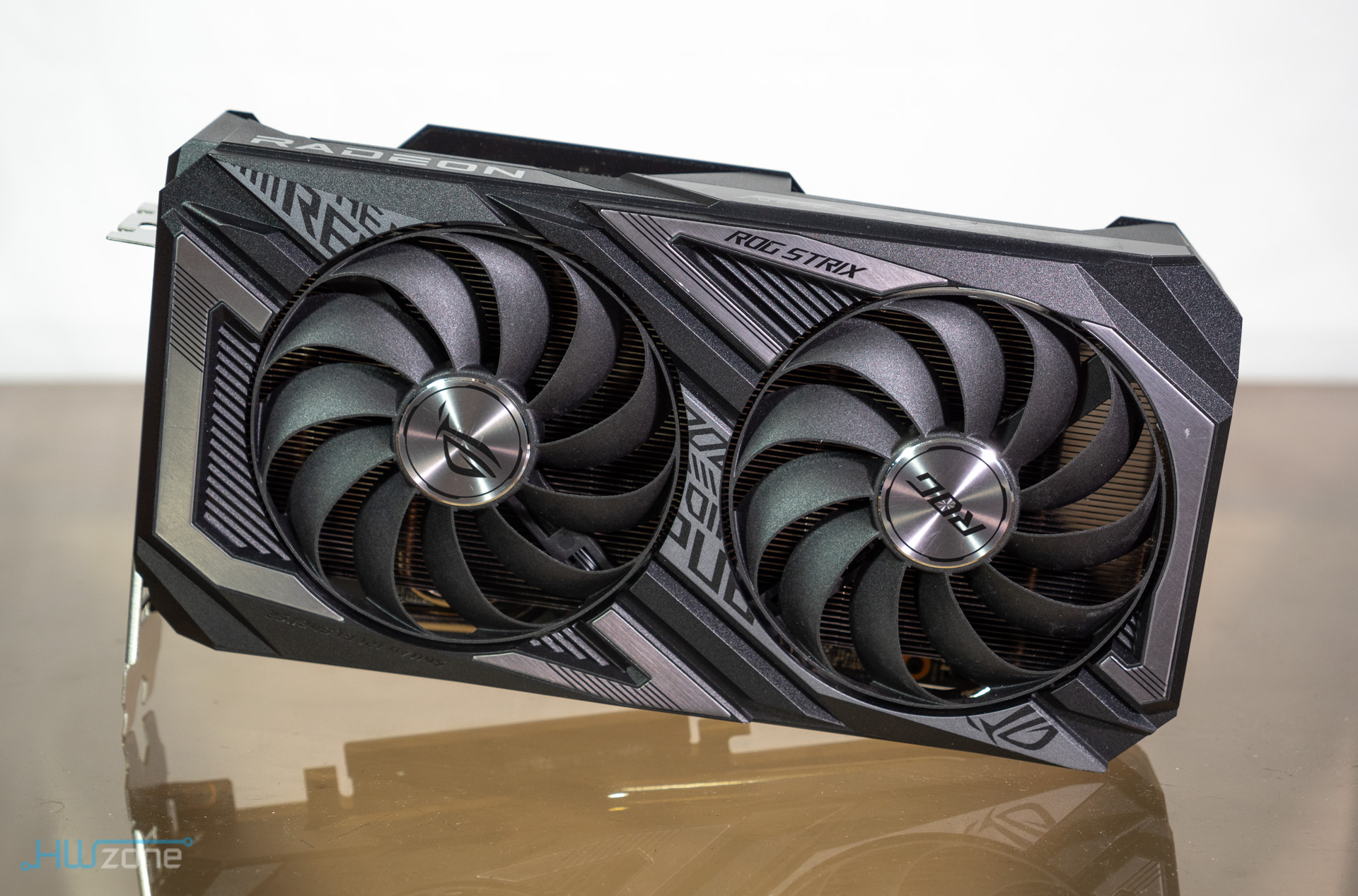 With an official 160W heat envelope, and maybe a little more for The fast Easy to get at the factory, this video card is quite compact. It is 24.3 centimeters long and 13.4 centimeters high. 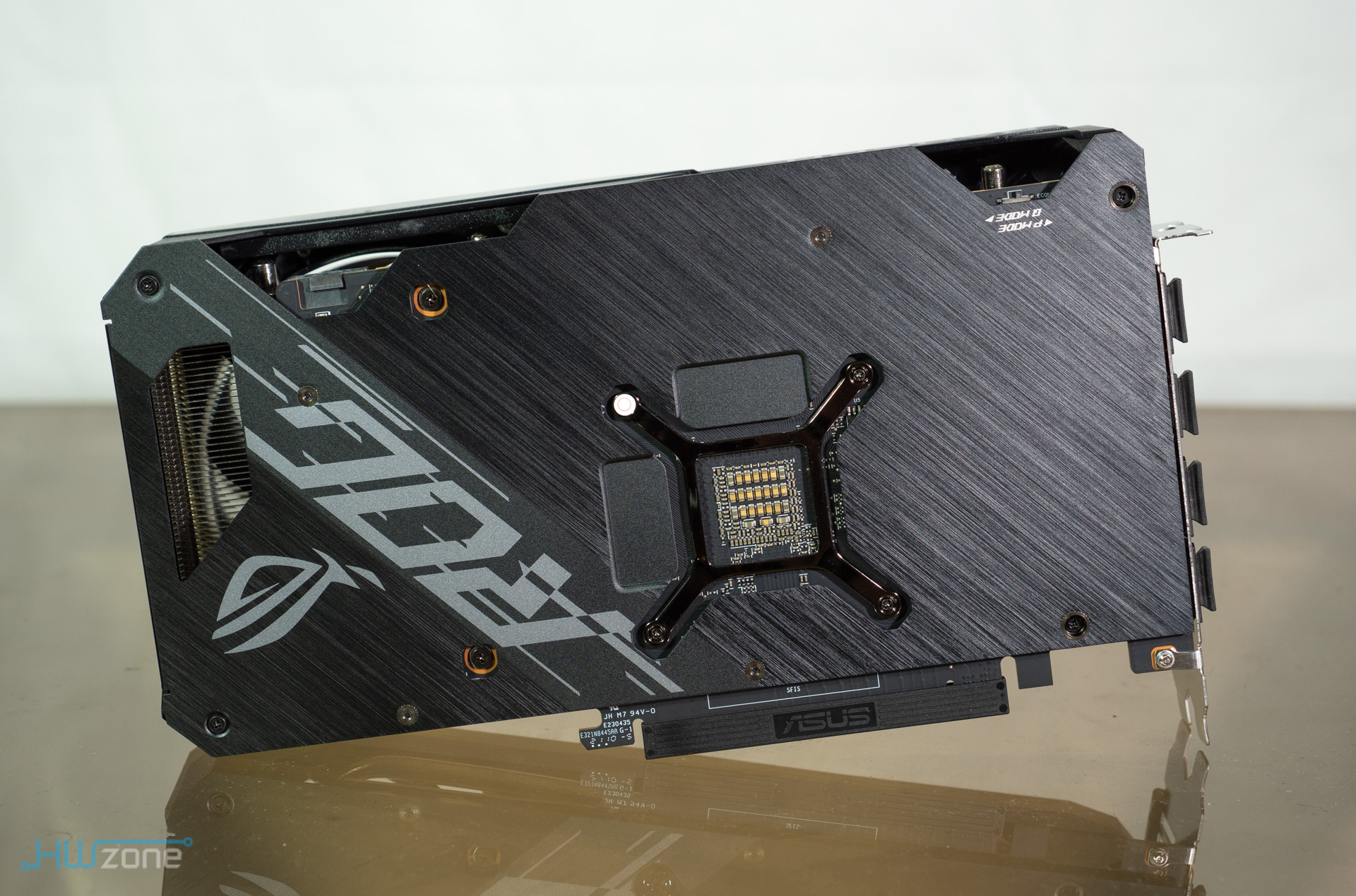 The back of the video card is mostly protected by an aluminum chassis, which also aids in the absorption and heat dissipation of the video card. Two recessed rectangles can be seen next to the graphic core. There are two areas that come in contact with the memory chip locations. The RX 6600 XT has 8GB of זיכרון GDDR6 type in only four chips (2GB per chip). In the upper right you can see a control switch for two operating modes of the video card fans, mode P and mode Q. The difference between them is that in mode P the fans will work starting from temperature Core Of 50 degrees Celsius, while in Q mode they will wait for an operating temperature of 60 and above. It is actually a switch that chooses between two chips BIOS On top of their card are different fan profiles. Mode selection should be made when the computer is off. 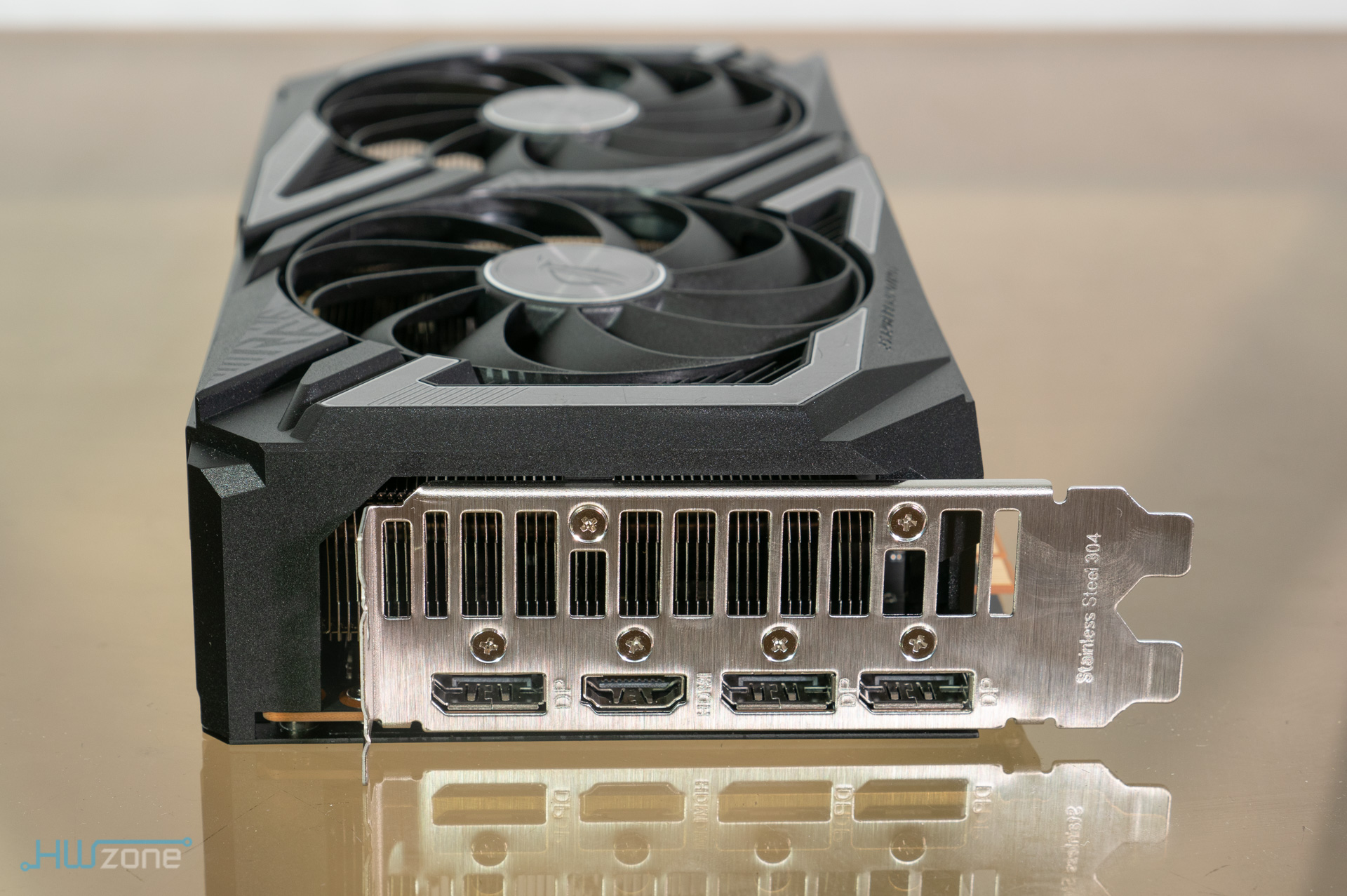 The display ports of the RX 6600 XT include three of a kind DisplayPort 1.4 and one of the HDMI 2.1 type. As a result, monitors can also be easily attached 8K At 120Hz and higher. This video card has a logo illuminated with RGB lights and also an 8PIN power connector that provides power to the computer. You may find versions with additional connectors but this is not necessary with the modest 160W heat envelope. As you can see, there is a body Cooling Quite respectable in having four nickel-plated copper tubes, and a high amount of aluminum fans throughout the length of the card.

With a price tag of NIS 2,819 for this video card, and price tags that are expected to be slightly lower in practice for other models, its direct competition in the market now is theGeForce RTX 3060 12GB של NVIDIA Recently launched. It is an efficient and agile video card as well which comes to continue a lineage of popular video cards. The purpose of AMD It's mostly convincing that the RX 6600 XT is the right choice for those who have enjoyed popular products in the past like the GTX 1060, quite specifically. More or less distract the attention of those who are thinking of buying RTX 3060. 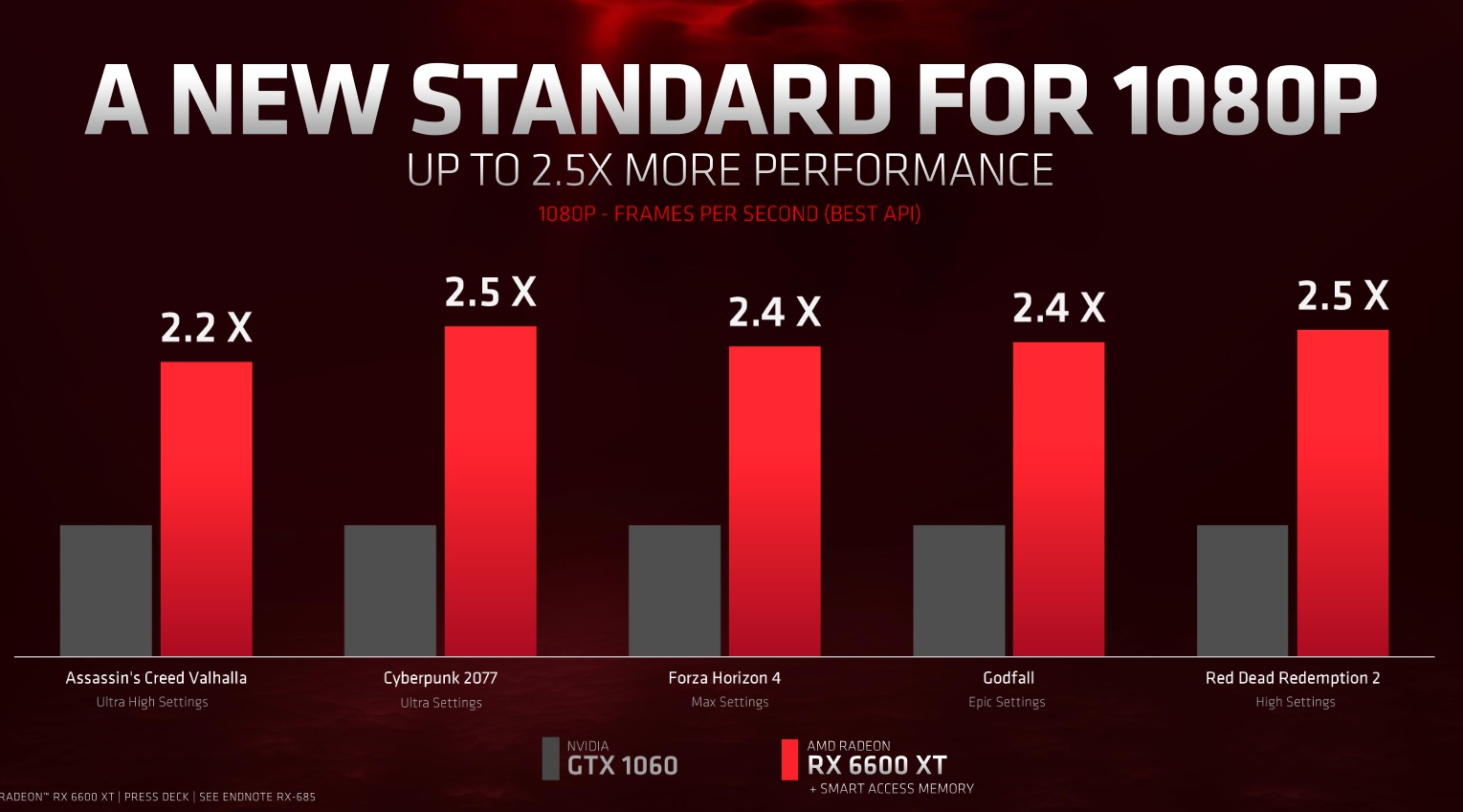 AMD even emphasizes that the GTX 1060 is a good point of comparison for anyone thinking of upgrading. It is of course important to note that in its heyday, the GTX 1060 did not cost NIS 2,800, but half of that, so the comparison is a bit puzzling to us. It is very possible that in the world, such a mid-market ticket standard aimed at an accessible resolution such as 1920X1080 would not have landed in stores at a price of close to NIS 3,000. In some parallel world it would have been nice to see this product come into the hands of Gamers That you do not have to invest a huge amount to enjoy acceptable performance.

We move on to the performance tests, where you will also find the GTX 1060 and the competition on the next page.