Another version of the leading video card NVIDIA Outside of the Titan family, 20 is intended to denote years of operation Asus In the field, and claims to be the fastest in the entire market

As long as the first Pascal models do not look the same, it seems that the GTX 980 Ti continues to be at the center of the market for high-performance graphics card universe - and now this is reinforced with the announcement of Asus on The GeForce GTX 980 Ti 20th Anniversary Edition.

Some of you probably remember that six months ago the Taiwanese company Launched a model Of your SIM cardGeForce GTX 980 (Standard) designed to mark the two decades in which it deals with the production of graphics cards. Well, the current model is a 'twin' for that sophisticated model - with the difference being the large GM200 core that sits beneath the golden body.

God-GTX 980 Ti 20th Anniversary Edition features a base working frequency of 1,266MHz, along with a maximum turbo frequency of no less than 1,367MHz - improvements of over 25 percent compared to the frequencies of GTX 980 Ti that is not rushed, which according to Asus bring about an average performance improvement of about 21 to 22 percent (directly from the factory) and give it the opportunity to call this work 'TheGTX 980 Ti fastest in the world '.

We have already seen GTX 980 Ti ultra-sophisticated cards that have succeeded in crossing the 1,500MHz bar based on Cooling Their air when The fast - and will be very interesting to see whether the new model of Asus Will push us even further

Beyond the very high frequencies that undoubtedly indicate a sorted selection of very high quality GM200 cores, this model offers Cooling A familiar Asus DirectCU II with a pair of fans, a printed circuit with high-quality components and a 14-phase design for improved stability, a liquid nitrogen switch that provides more power-up options reserved for those working with Cooling Extreme, an illuminating element on the side of the card that gives indication according to its load level at any given time,GDDR5 To freeze with the graphics core itself when using liquid nitrogen cooling, further improving the frequency stability and performance of the model.

God-GTX 980 Ti 20th Anniversary Edition is intended to be musk these days, with its price tag not yet known - but in its humble opinion it will be at least 100 higher than the cost of GTX 980 Ti 'standard', ie in the area 750 dollars and north of there. Worth the investment? We will wait for the reviews to give the verdict. 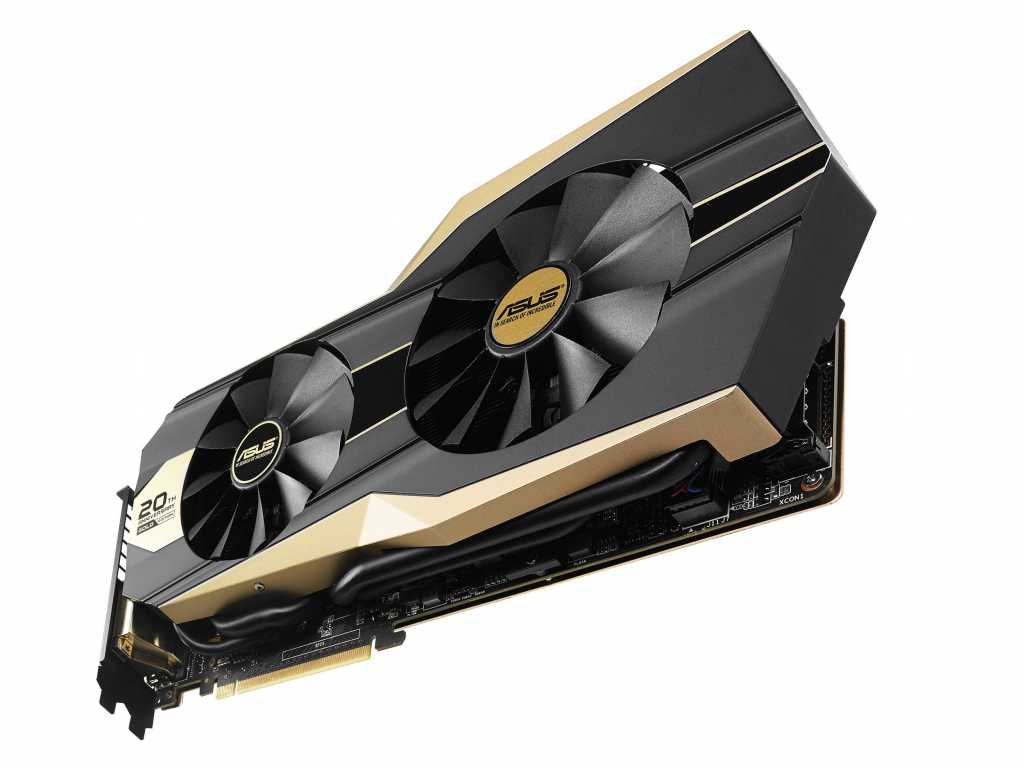 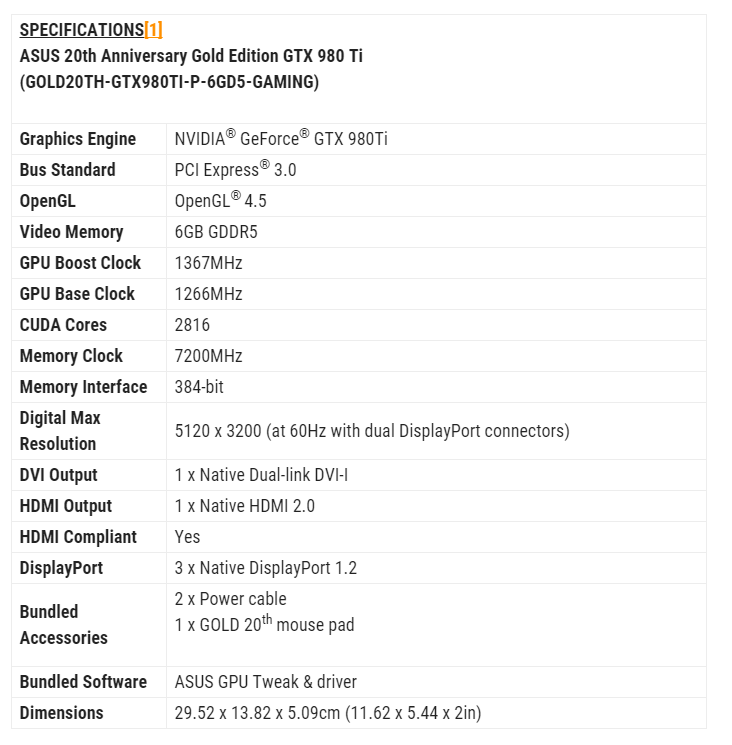