Taiwanese hardware maker solemnly announces that it will enable support for the Resizable BAR technology for PCI-Express in its latest motherboards, and demonstrates this with תמונות A screen that includes, among other things, details about the processor from the XNUMXth generation processorRocket lake Intel's future desktop

An issue that is heating up in the world of hardware now is precisely one that does not include a large performance increase, or inclusion Technology Unusual, but rather an enable of a feature that has existed in common hardware for a long time.

With the launch of the Radeon RX 6800 graphics cards, AMD has apparently introduced a new and fresh feature that enables acceleration of performance in a variety of games using only its 500 series motherboards called Smart Access Memory. The actual situation is that the Resizable BAR function that exists in the BIOS of these new motherboards is such that it can be enabled on different platforms and even with different video cards. NVIDIA Has already announced that it will allow support for this function, which so far shows improvements between completely zero and quite respectable in a variety of titles.

With great enthusiasm, hardware maker MSI has announced that it will enable the Resizable BAR function on its 400-series motherboards based on Intel, Meaning from H410 through B460 and H470 toZ490. 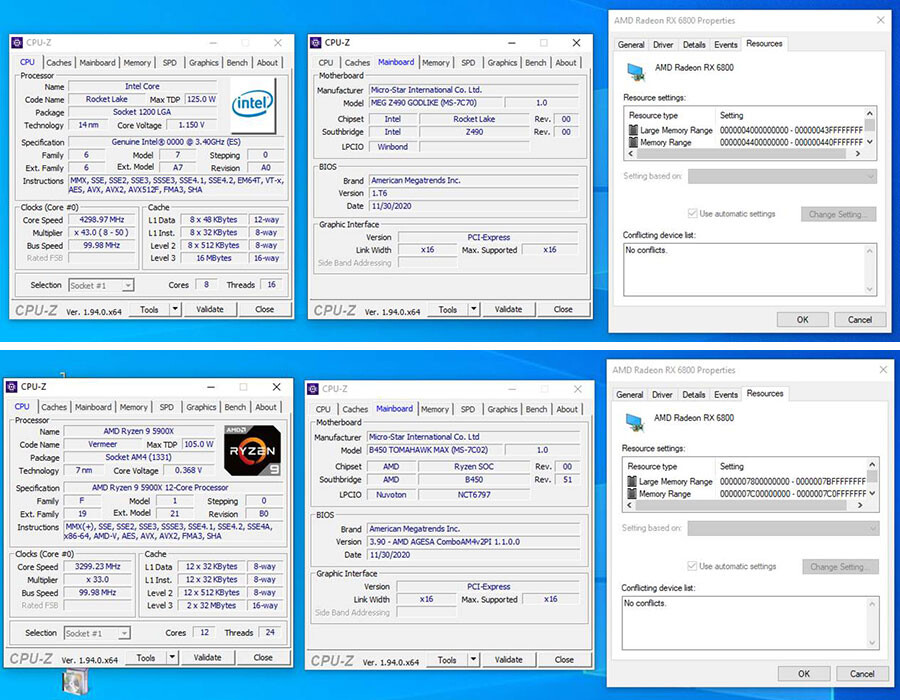 In the picture you can see the shiny and rare Ryzen 9 5900X of AMD With a B450-based motherboard that is a previous generation, which is not a bad achievement at all, next to a window that shows the range of graphics memory addresses of the video card installed in the system - Radeon RX 6800.

Those with a keen eye have noticed that MSI has decided to demonstrate that this option is also possible on the motherboard of Intel Z490 based with Rock Rocket Lake processor that was not launched at all! The Rocket Lake processor series is actually Core In the 11th generation for desktops when in the head is expected to be this processor, which has 8 cores and 16 threads. According to the screenshot, it can be seen that its product range ranges from 8 to 50, which means a maximum frequency of 5GHz. Amount זיכרון The third level cache is 16MB, the second level is 4MB. In these processors quantity זיכרון The cache per processing core has been doubled from 256 KB to 512 KB from the previous generation. 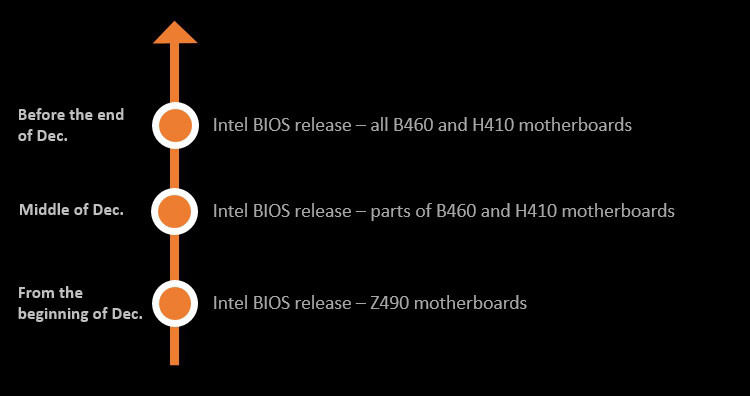 MSI plans to launch BIOS updates that include support for Resizable BAR by the end of the calendar year.

We'll probably hear soon on support of NVIDIA In this technology with a variety of motherboards, both from Intel and from AMD. The result of all this marketing circus is that ultimately many users will be able to get higher performance completely for free and without risk by enabling a feature that has been around for several years within the official PCI-Express specifications related to address ranges זיכרון Graphic for use in any clock cycle. This feature was previously unimportant, apparently because the consensus was that it had no effect at all on system performance.