CoolChip from Massachusetts, USA, promises a breakthrough in cooling fans with a prototype based on my back Technology Called "kinetic cooling"

Revolution in the cooling fan market? A CoolChip startup introduces a new prototype fan, which, according to the company, is more efficient and faster than other fans in the market.

The fan-based technology is called "Kinetic Cooling," and to understand it we need to understand the fan structure. The CoolChip prototype consists of four parts: the fan itself (made of metal) at the top, a motor for the fan below it, a base plate made of copper and a mounting bracket. Fan specifications include maximum speed of 3,000 RPM at 3 watts, thermal resistance of less than 0.3 C / W, air flow of 18 cfm and minimum noise of less than 35 dBa.

As opposed to the current system on which Avowery is based Cooling Modern, CoolChip's kinetic cooling fan works in a more efficient and efficient way (with an estimated improvement between 30 and 40 percent). Instead of cooling the plate of snakes (which can fly faster than other metals), the heat generated by the processor rises to the same plate, which is several microns away from the metal fan. Because of the minimum distance, heat passes to the metal fan and because of its rotary motion (being a fan with motor), the heat flows out of the system from the sides.

But CoolChip's new fan is far from perfect. The high costs needed to create a fan in the new technology (from costly components to precise maintenance to washing and the inevitable wear in a fan that requires precision of microns) are not only high, but they also limit the chances that computer manufacturers will use cheap, accessible systems. However, companies such as Cooler Master andMicrosoft They are already interested in technology, so there is already a matter of interest. 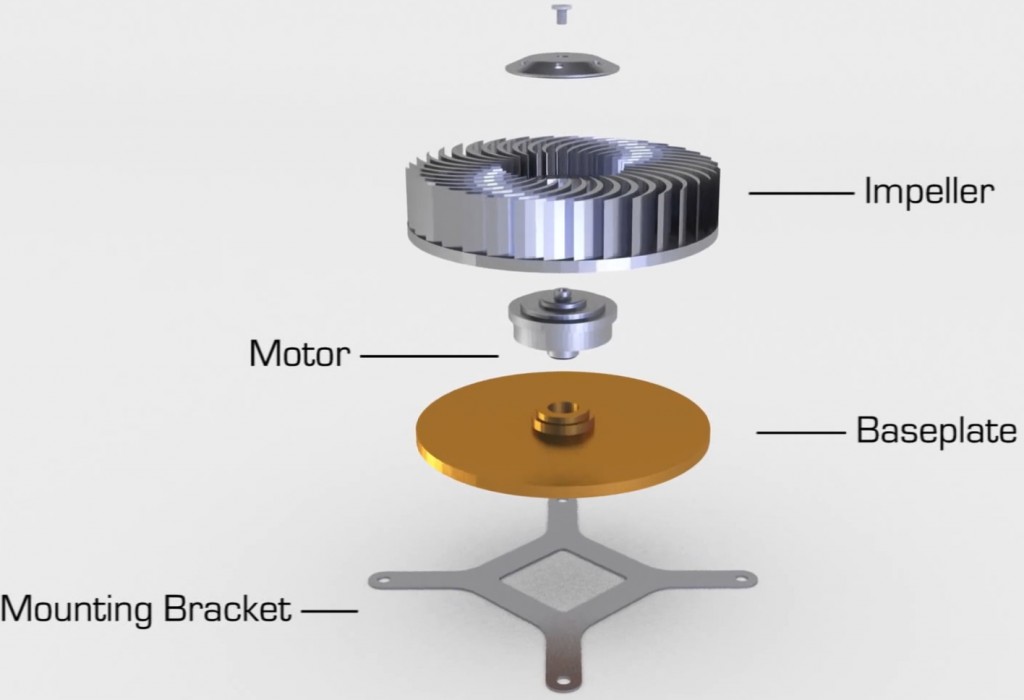