New amp at an affordable price?

NVIDIA today officially launches the video card GeForce RTX 3060 Ti - the most accessible option in the family RTX 30 which is aimed at a large target audience with big ambitions. All the performance tests are waiting for you inside

The last quarter of 2020 does not know rest. Today officially delivery NVIDIA The cover over its new video card in the GeForce RTX 30 video card series. This video card aims to be the messenger for the price category that used to belong to the "little brother" of flagships. This market is usually characterized by the high share among the common video cards among the battle Gamers. Past examples you will find for this price category are GTX 1070, or RTX 2060 Super, for example. If you go a little further back, then GTX 970 and before that GTX 770.

The official launch price of this video card is $ 400 for base versions, with more advanced versions coming in at a few tens of dollars more. It should not be forgotten that in recent years we have seen this price category belong to different places in the power hierarchy of video cards, where sometimes there is only one bigger brother, and sometimes there are several. Specifically, theRTX The 3060 Ti already comes with three models above it. Admittedly, maintaining improved cost versus benefit and increasing performance per this price tag remains the recurring task at each launch. 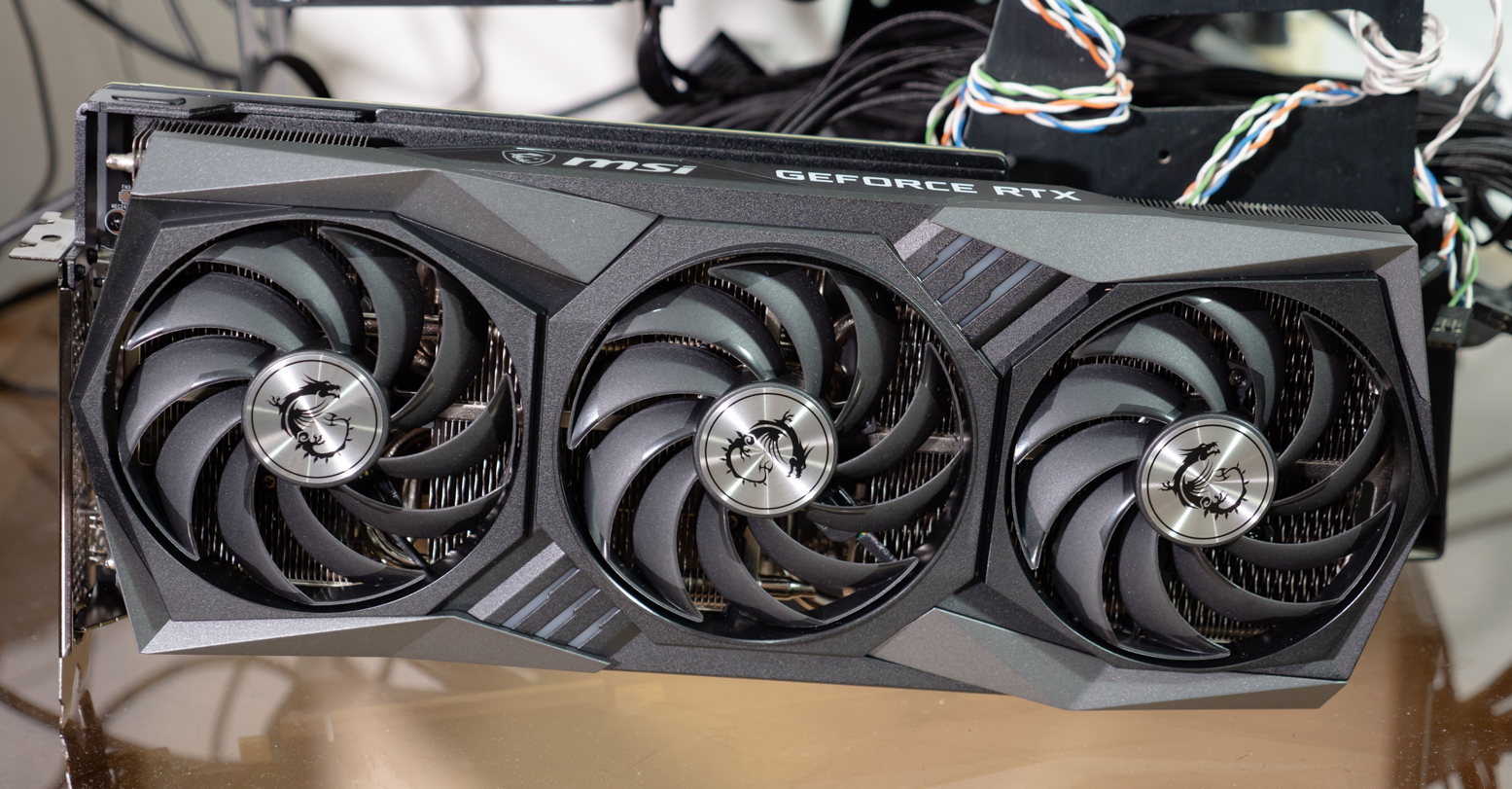 This is theGeForce RTX 3060 Ti GAMING X TRIO from the hardware manufacturer MSI. This video card is expected to be available overseas at an official price of about $ 440. The extra price comes due to the ambitious design and formidable heatsink of this video card.

First of all, some technical background. This video card uses a graphics core based on the Ampere architecture, which is manufactured in an 8-nanometer process by Samsung. The GA104 is the same graphics core that the RTX 3070 graphics card also uses. The main technical difference is that the RTX 3070 core contains 5,888 CUDA processors and the RTX 3060 Ti core contains 4,864, which is 1,024 less. Amount Processors The ROP (responsible for implementing computational operations) was reduced from 96 to 80.

We still get 256BIT of GDDR6 memory at the same speed of 14Gbps, and still get 8GB of volume for the same memory. Today, after many launches of graphic cards With a high amount of memory, 8GB can be considered as a basic standard for graphic cards Which cost more than $ 300. 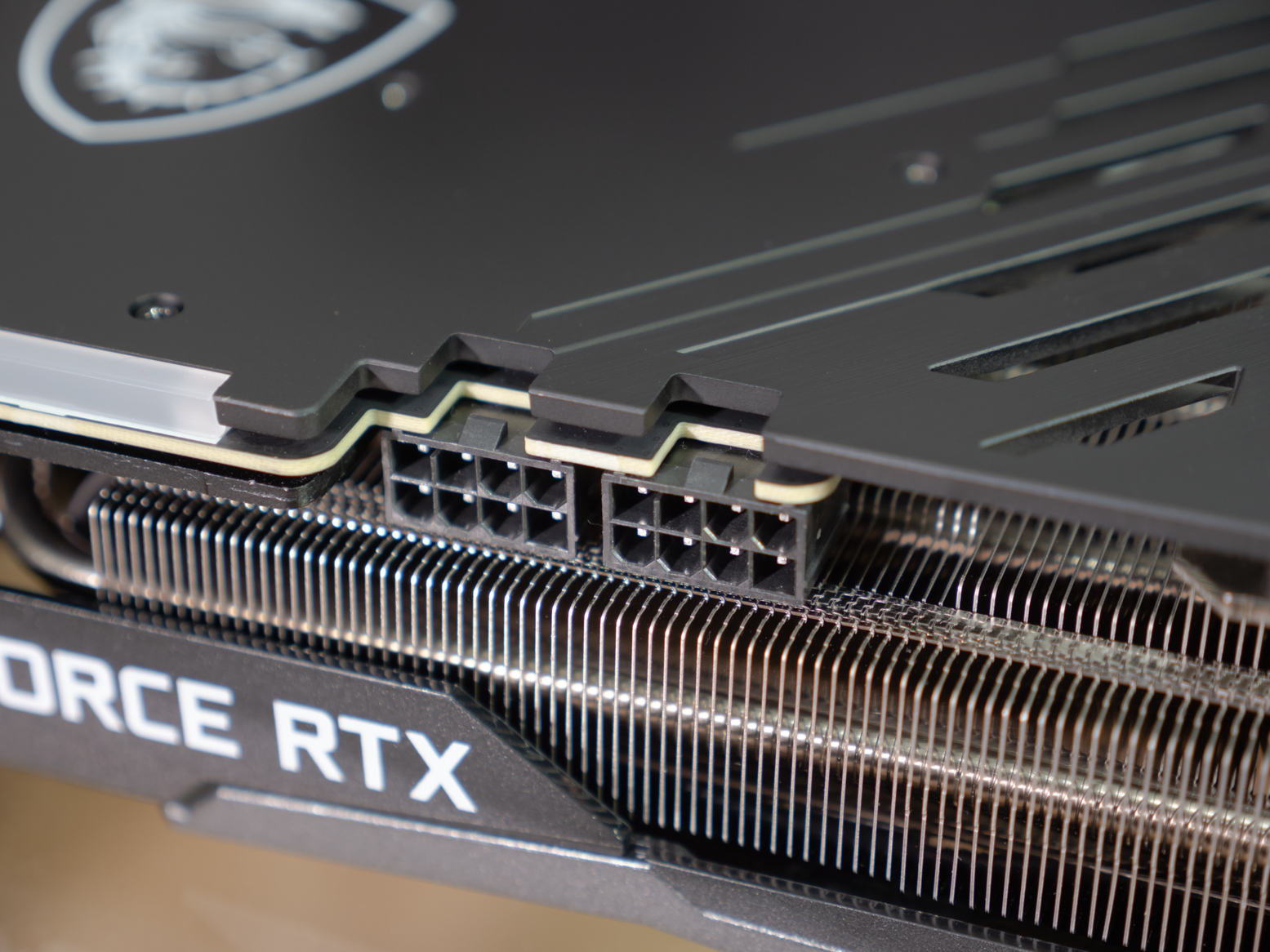 This video card contains two 8PIN power connections, although we know it can also work with one 8PIN and one 6PIN. Video card makers seem to have gotten the power supply makers used to include these connections anyway. The official heat shell of theRTX 3060 Ti is 200W. That of the GAMING X TRIO model is slightly higher than that and stands at 220W. 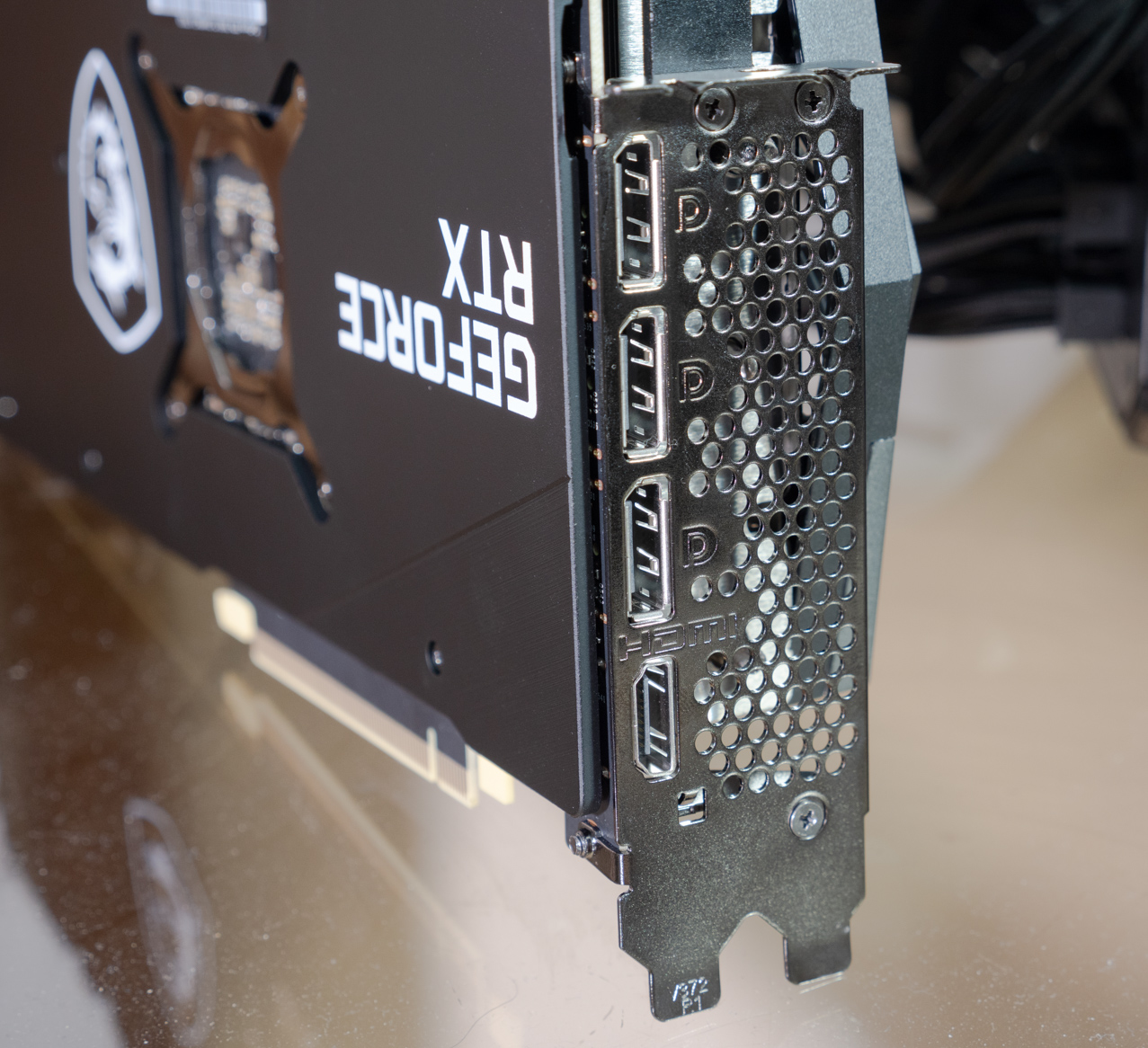 The card's display ports include one of the HDMI 2.1 type, and three of the type DisplayPort 1.4. All four can be used at the same time. 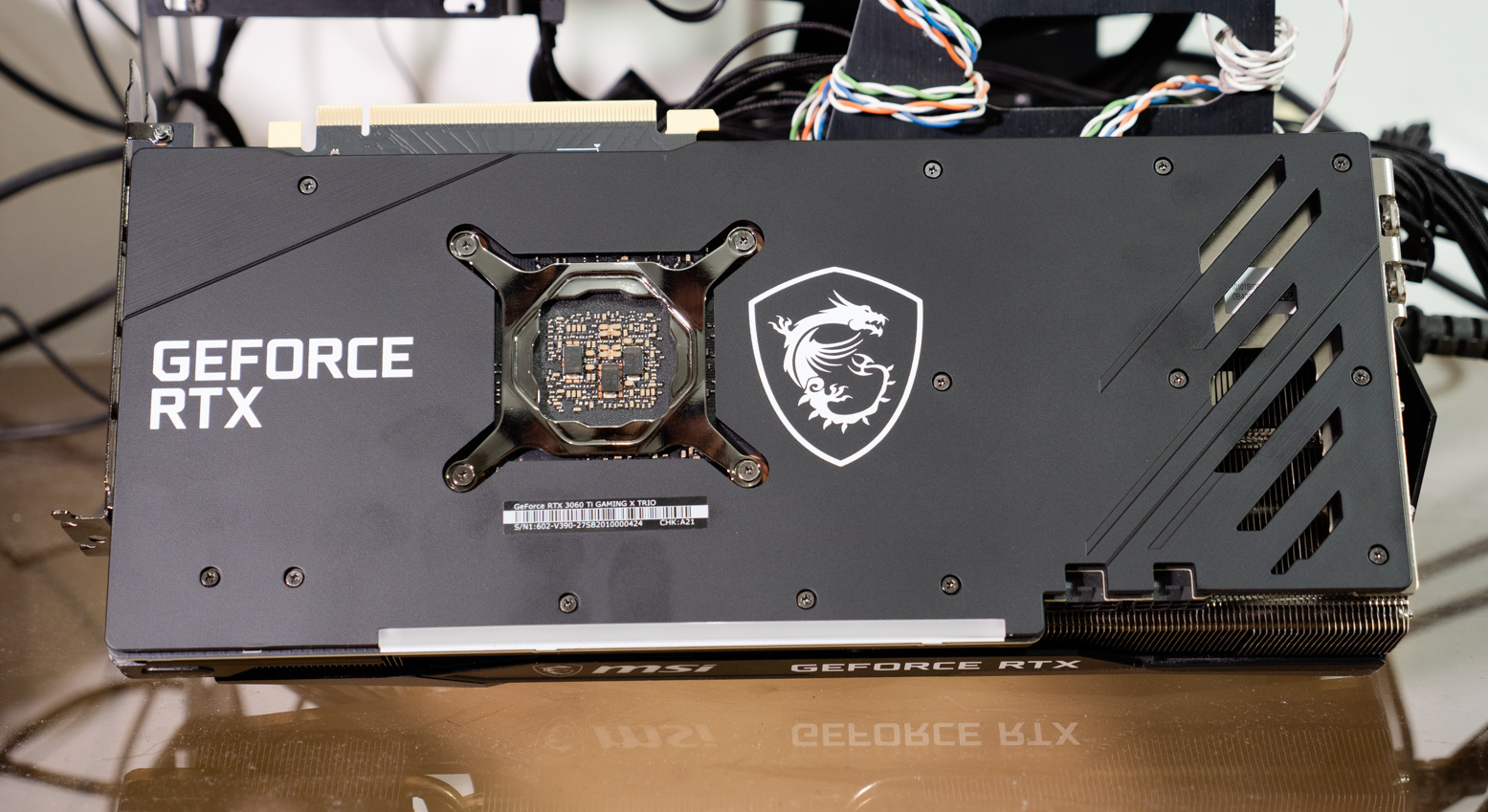 MSI's GAMING X TRIO boasts a body Cooling Impressive, and also a rear plate that covers the entire printed circuit board along with space Cooling additional. B-MSI Continue to call it "Graphene Plate". In practice, this is a carbon-plastic composition. 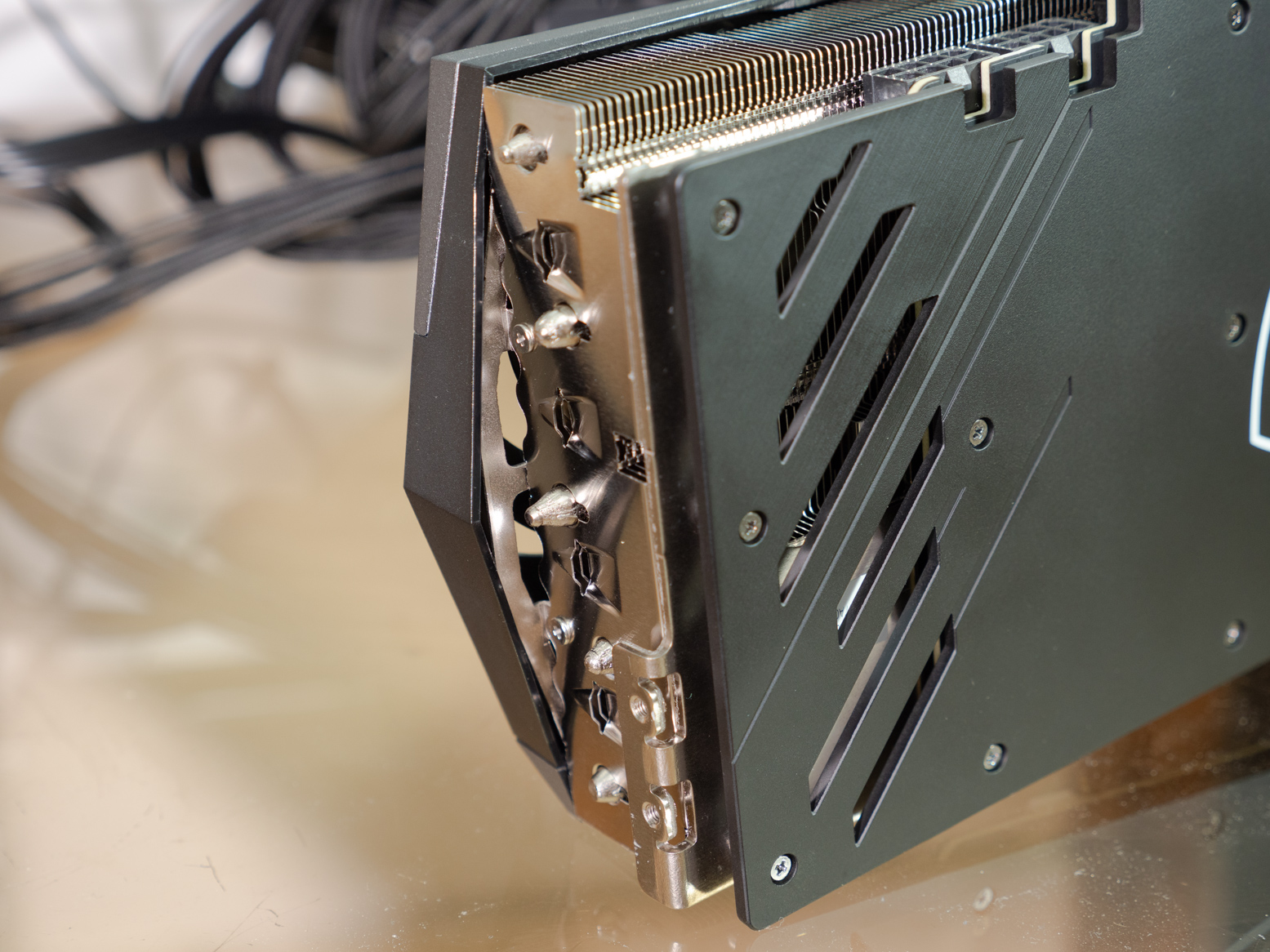 An interesting fact for many of the latest video cards launched is that their backs include threaded holes. These holes are designed for installing video cards in a variety of cases that include expansion card installation support. This is something that can usually be found on servers and workstations. It is interesting to know that even in a product intended for gamers you see such a thing. ApparentlyNVIDIA Knows that a lot of her gaming products just find themselves not running games (AI slot machines, anyone?). To be honest, even on my cards Radeon Recently we are seeing support for this type of mooring. 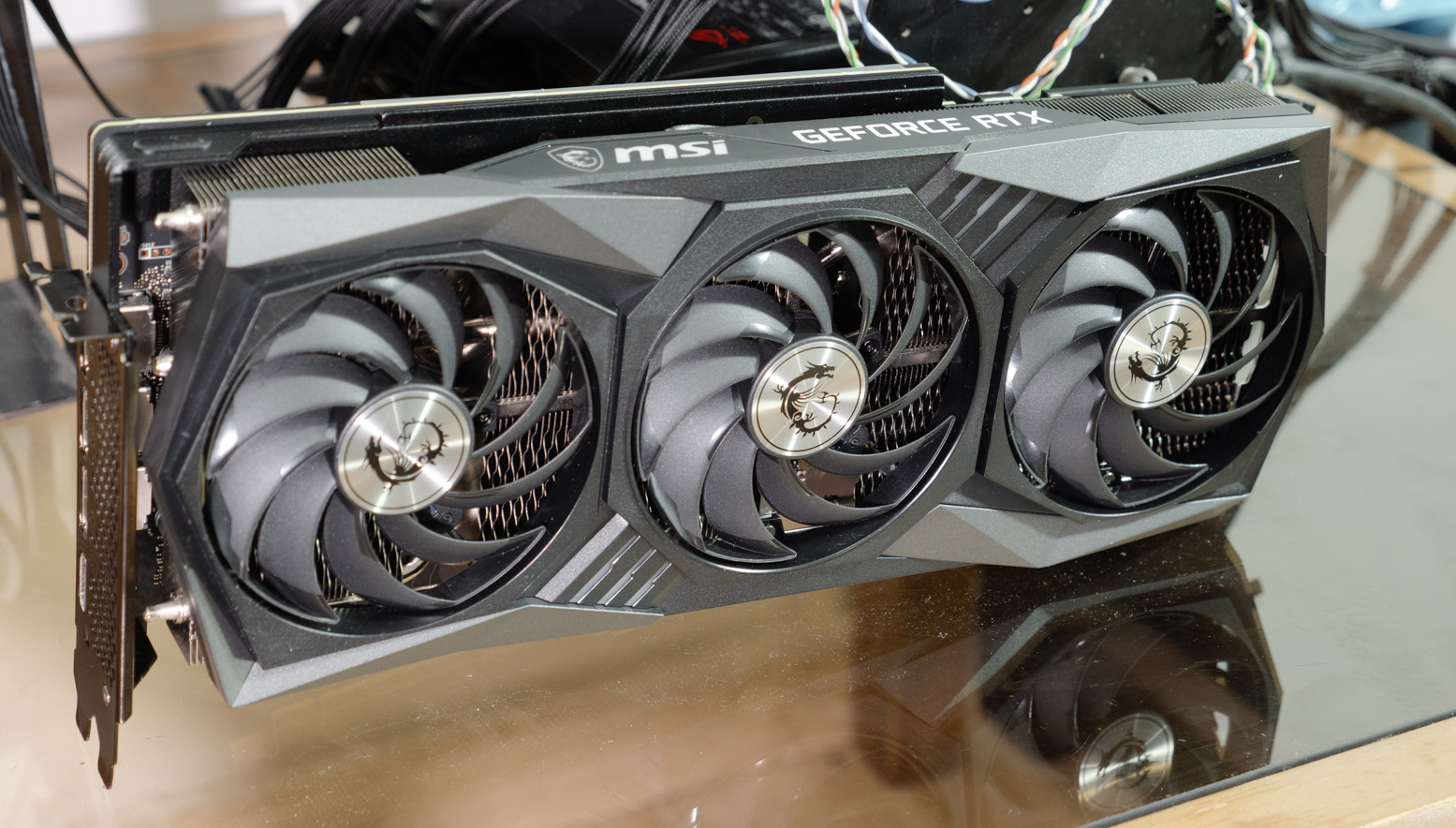 MSI's TORX 4.0 fans are known to be quiet and efficient, so there are three of these on the body Cooling Particularly massive are the confidence in ability Cooling And quiet operation. There is no single product of MSI Who uses these fans and is considered noisy. It usually competes for the top of the ratio tables between temperature and noise level. 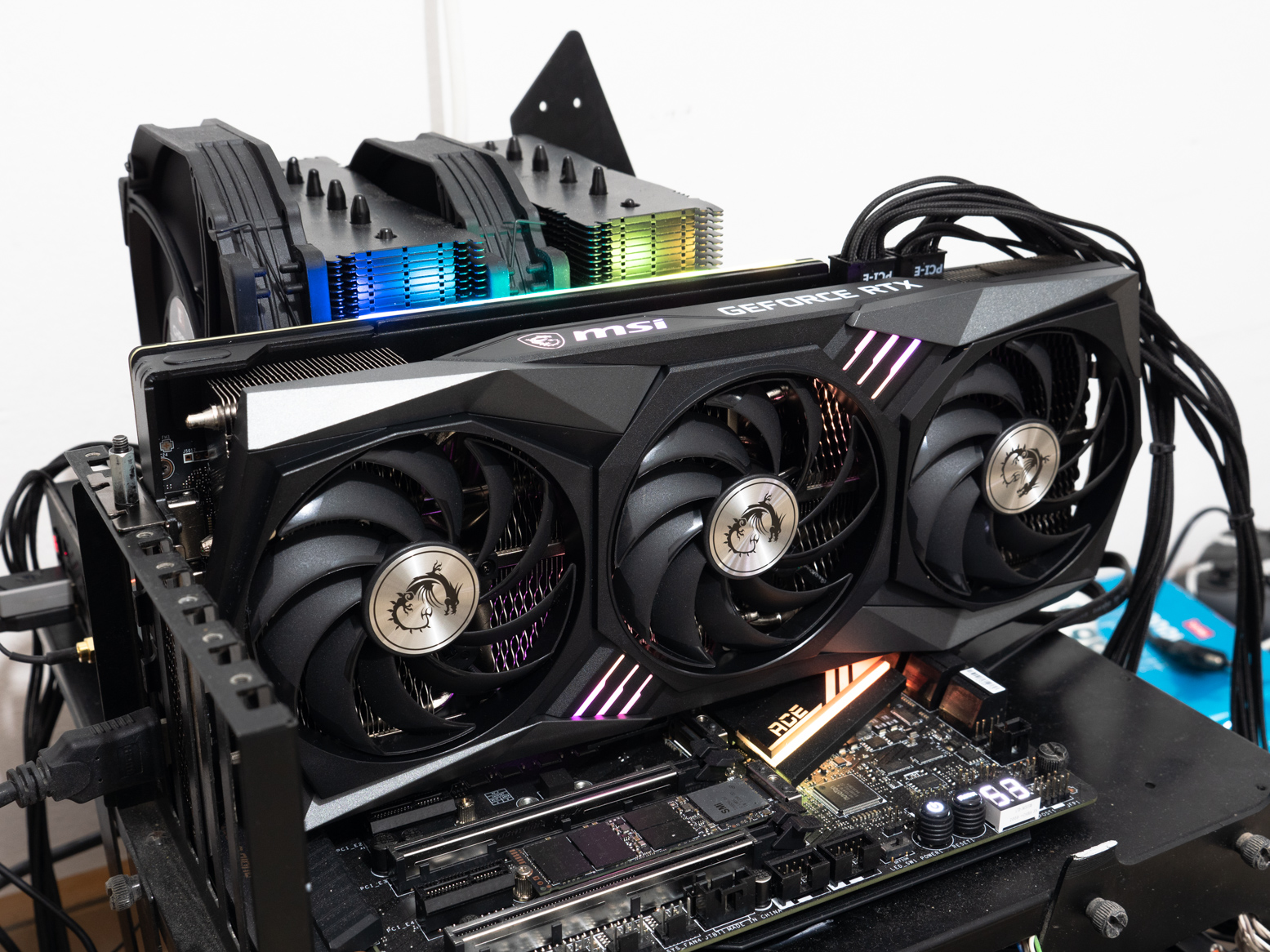 Of course it is impossible without a little bling for the gamer. The RTX 3060 Ti GAMING X TRIO features an ARGB strip in a particularly successful strategic location that will make any system glow. You can control the intensity and color through the official software of MSI.

And now for the main review, the performance tests on the next page.