Two weeks after she stunned the fixed-screen video market, she vacated NVIDIA Change the world of laptops with theGeForce GTX 980M andGeForce GTX 970M - economical (and powerful) cores that we have not yet met

Without throwing too many superlatives into the air (most of which we have already used When we introduced the GeForce GTX 980 and GeForce GTX 970 desktop cards), McSwell's updated architecture NVIDIA Is an incredible leap forward in the mobile graphics processing market - and the fact that all this still happens in the "old" 28 nanometer manufacturing process makes it even more impressive. 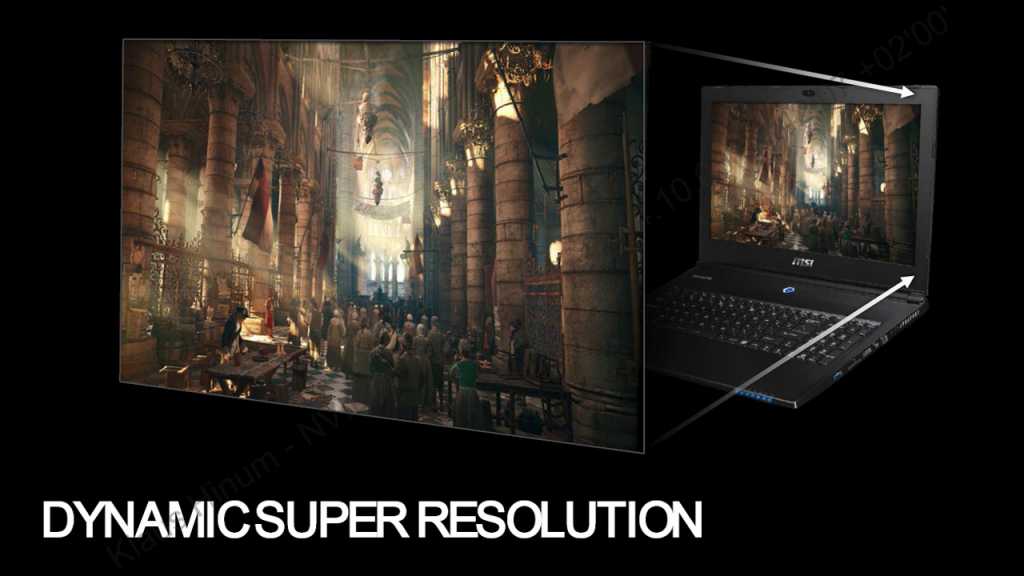 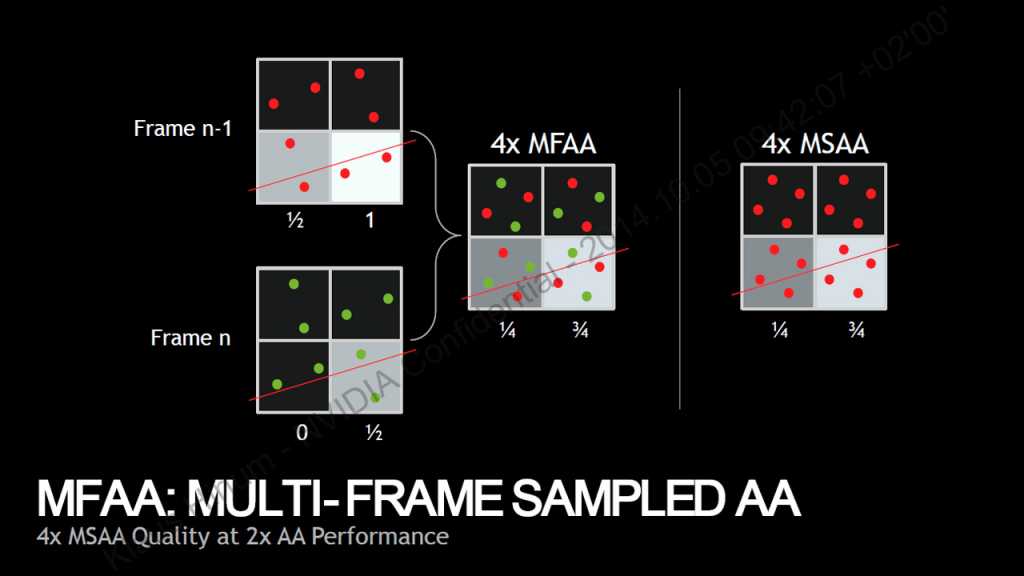 The GeForce GTX 980M and GeForce GTX 970M offer all the exclusive capabilities and technologies of the Maxwell generation, such as DSR, MFAA, VXGI - plus support In DirectX 12

The GeForce GTX 980M and GeForce GTX 970M, which are launched less than a month after their desktop counterparts, offer a package that promises to greatly reduce the inherent capacity gaps between mobile stationary. Both cards are based on Core Same as the desktop cards (GM204), when the GTX 980M you will find 12 SMM units with 1,536 uniform shading units, operating frequency very close to that of the stationary models, memory GDDR5 of 4GB or 8GB and 256 bit and more, while in GTX 970M you will see 10 SMM units with 1,280 single shading units plus memory GDDR5 With a capacity of 3GB or 6GB and a 192-bit interface. 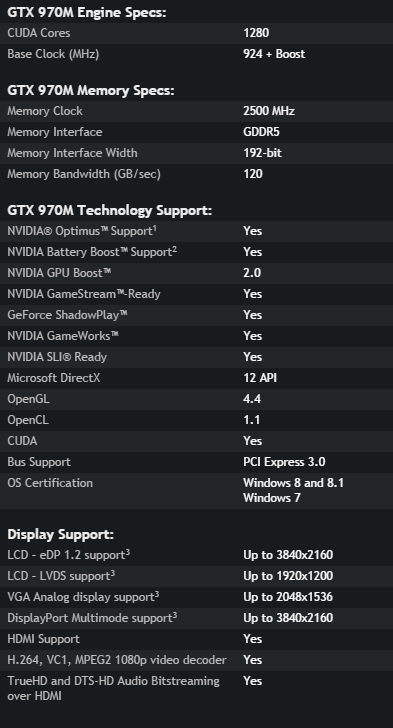 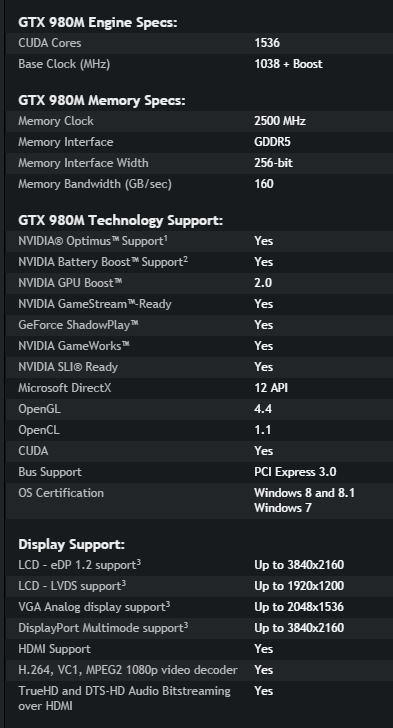 We already know that dry technical data does not really do justice to McSwell's chips NVIDIATherefore, we'll tell you that initial performance tests indicate that the GeForce GTX 980M offers 30% better performance (!) Than the GeForce GTX 880M it replaces - all with a lower thermal envelope (NVIDIA has not yet revealed numbers Official, but it is estimated that this is a shell of only about 100 watts for the GTX 980M compared to a shell of about 130 watts in the GTX 880M). The final product is a graphics unit that will provide a cooler that will allow mobiles to be thinner and lighter, with life battery And improved performance not only thanks to the capabilities of the card itself, but also thanks to its ability to operate powerfully for a longer time without the overheating protection of the computer coming into play and lowering the working frequencies. 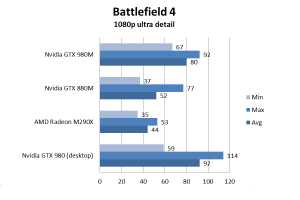 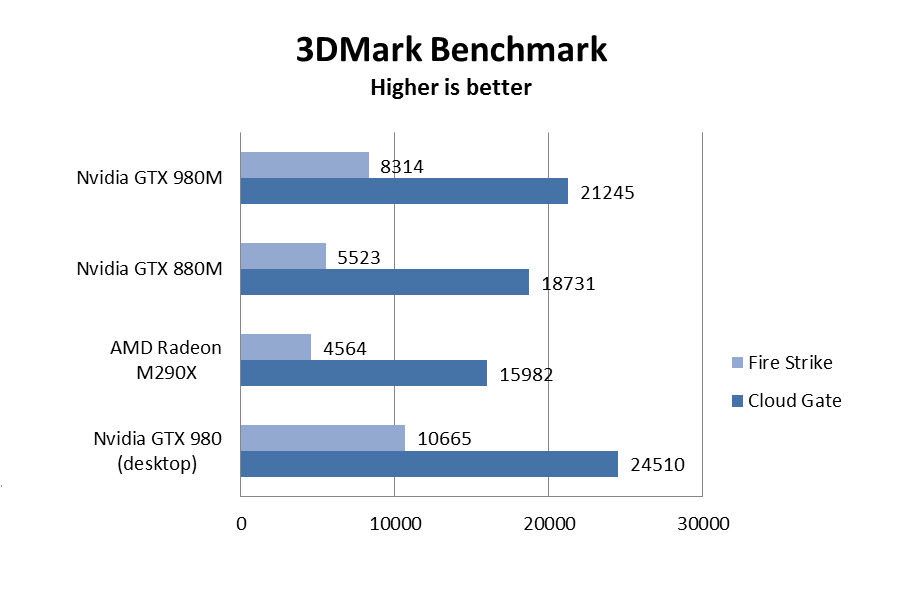 The situation for the GeForce GTX 970M is similar and perhaps even better - it also shows a significant improvement in performance compared to the GeForce GTX 870M in every situation and test, and in most cases it even surpasses the GeForce GTX 880M (which has a significantly higher thermal envelope, though Even though in this case there is still no official data regarding the GTX 970M). All this before we mentioned the ability to combine two GeForce GTX 970M cards in an array SLI Which will probably consume not much more than a card GeForce The GTX 880M is standalone, but will offer performance in a completely different league. 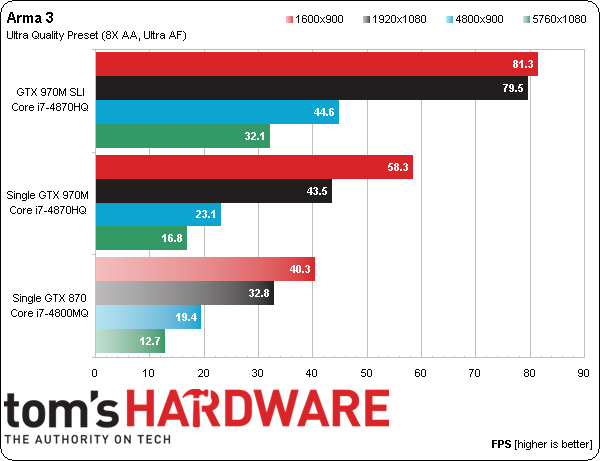 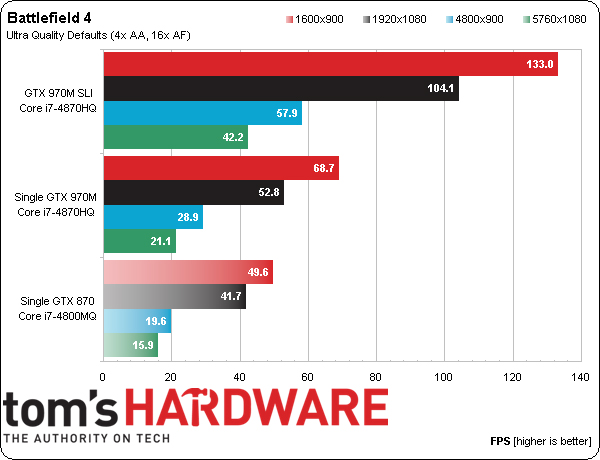 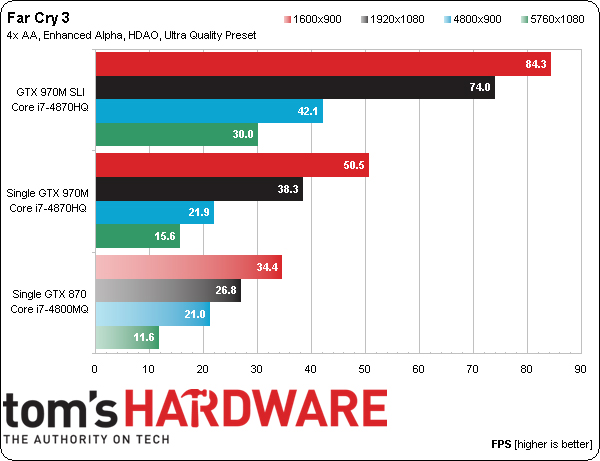 Bottom line, there is no doubt that the new McSwell chips (or Maxwell 2.0 as they are sometimes called to differentiate them from the mid-low market chips launched earlier and based on the GM107 and GM108 cores) prey on the cards both in the fixed market and in the mobile market . Mobile gaming can offer more power and more life battery And at a more reasonable scale, and at the same time more standard mobile will be able to include graphic cards Especially in the not-too-distant future in which the middle-GeForce 900M

Mobile devices containing the new mobile McSwell cores will carry a price tag starting at 1,500 dollars and going north. Some of the mobile devices will come from manufacturers that specialize in gaming and have no representation in Israel, but global manufacturers such as MSI,GIGABYTE In fact, they will land on our shelves in the near future

The burden of proof now is on the eternal competitor AMDIts future Pirate Islands family of cards. Will it succeed in narrowing the big gap opened by NVIDIA? We'll soon find out.