Do not stop innovating: Asrok has a small crazy motherboard for you

Intel Launches New Extreme Chassis, The LGA2066, and many potential users have been licking their lips expecting to purchase as well Motherboard Fleshy and large. True, there is also an audience that wants as much processing power as possible in as little space as possible.

Bassrock seems to understand the demand well, and they show what looks like the most ambitious motherboard we've ever seen in a world with a Mini ITX size, meaning 17 about 17 inches in length and width. 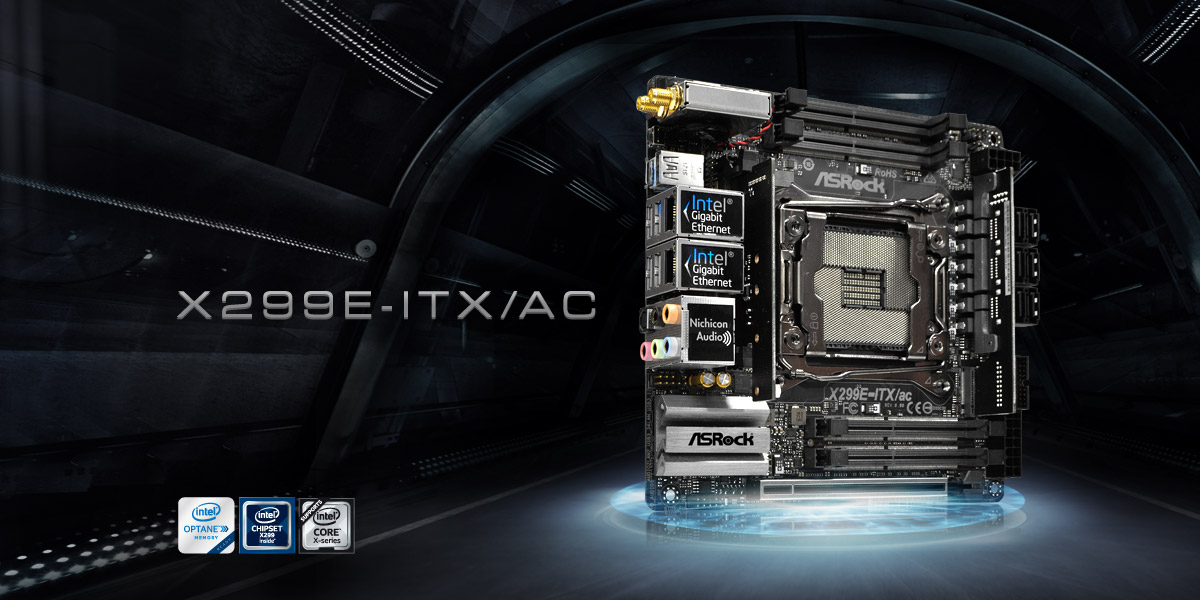 Asrok decided to significantly change the management of connections on such a small motherboard and actually switched to SO-DIMM memory slots, just like those seen on laptops. This makes it possible to make room for more important things. Of course the type of memory is still DDR4, And the maximum volume remains 64 זיכרון. Very respectable.

The hard drive connectors received a piece of printed board that stands at 90 degrees on the motherboard. There are six SATA connections and a connector USBFront of the chassis. On the other side there is another stand-up printed board that has the option to attach M.30 drives.

The chassis is a full-size chassis with standard anchorage suitable for LGA2066 or LGA2011 enclosures of any kind. There are, of course, limitations in terms of cooling size at its base, but compatibility with systems Cooling Water, for example, is high, since the cooling block does not occupy more space than the processor.

On the back of the motherboard there are standard USB3 ports alongside USB3.1, two interfaces Network, Audio in 7.1 channels and antennas connected to a WiFi ac card andBluetooth.

Many of you at this point are looking at the single PCI-Express X16 connector at the bottom and wondering "well, you can build with such a board a system with a single video card and that's it." Well, Asrock included an exceptional option with this motherboard and allows for CrossFireX and SLI arrays of up to three graphic cards.

how? All you need is a card that produces multiple interfaces PCI-Express From a single port. A procedure called PCI-E Bifurcation actually allows riding of additional traffic over the existing interface. Thus, a single connection can use processor traffic to transfer information to connected interfaces. A special extension and splitter to the interface on this motherboard can bring interesting computer systems.