Introduction and a closer look

The last few weeks has begun NVIDIA Refreshing its existing video cards in the new Geforce series, the RTX. We believe this refresh has two main goals, one of which is to respond to the new video cards from home AMD And the second is the moving of units from the various manufacturers' warehouses.

Refresh gave NVIDIA The name SUPER - and we think she could definitely have chosen something a little more user-friendly. We would not object to a name like that RTX 2085 for example instead RTX 2080 SUPER.

While the-NVIDIA Gave the SUPER treatment to RTX 2060 and RTX 2070 with the aim of giving an answer and competition toAMD, You can't help but scratch your head and ask for some reason too RTX 2080 has been refreshed. Still, it's hard to complain when there's really no competition in this segment of over 600 dollars.

big time, NVIDIA Made two changes between RTX The standard 2080 and the SUPER model. The amount of internal CUDA processors increased from 2,944 to 3,072 (4% increment), and the effective memory speed increased from 14Gbps to 15.5Gbps. The core operation frequency during play officially increases from 1710MHz to 1815MHz, although the frequencies in operation are higher in both cases.

Yes, these are the changes that have been made, and are the smallest of all upgrades so far. It's actually one of the cool refreshments we've seen in recent years. The suggested price of RTX 2080 up to the launch of the SUPER was about $ 690. Today the RTX 2080 SUPER models start at about 740 dollars, and in fact this is the price tag of the model we received for review fromGIGABYTE. The price of a direct purchase from Amazon will cost about NIS 3,250. At the time of purchase, you can sign up for a fourth year of warranty for this model, not bad. 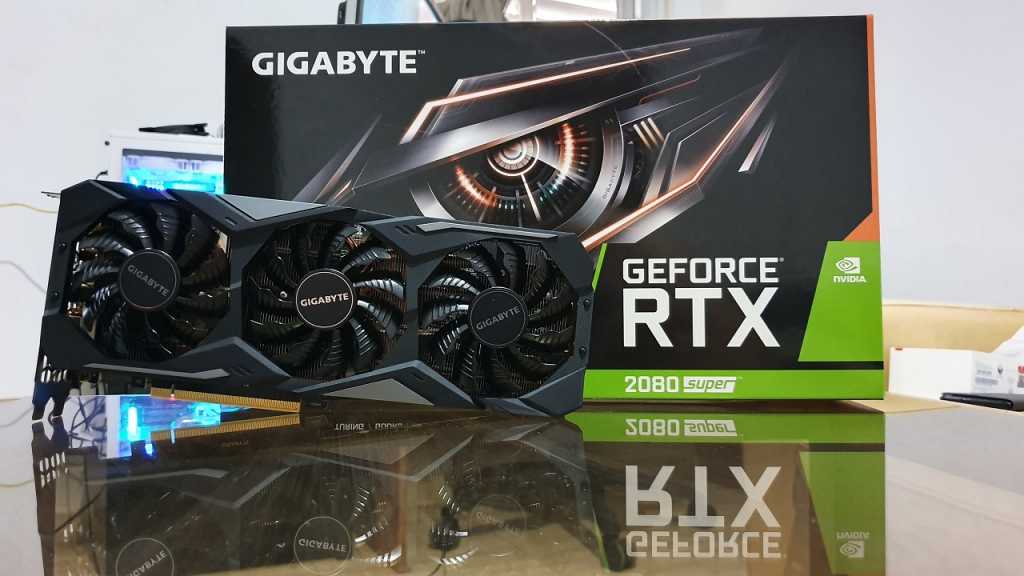 As one of the cheapest models currently available for the RTX 2080 Super, this model of GIGABYTE Named Gaming OC 8G already gives The fast From factory and cooling 2.5 advanced locks. 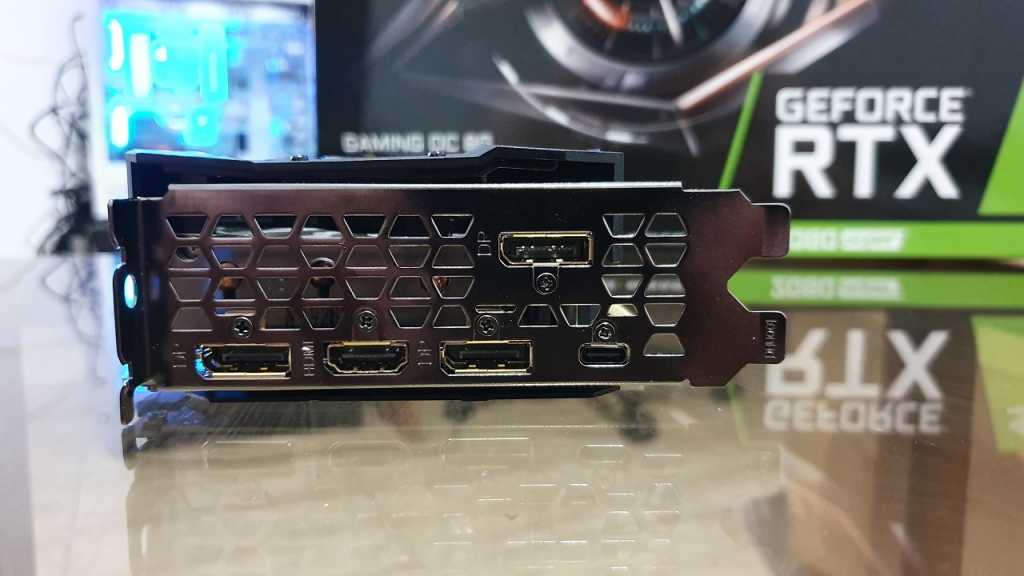 The display ports include an 3 type assembly DisplayPort 1.4, one HDMI 2.0 type and port USB Type-C designed for the VirtualLink protocol for VR binoculars. PortUSB Not used to transmit information from the smartphone, to anyone. 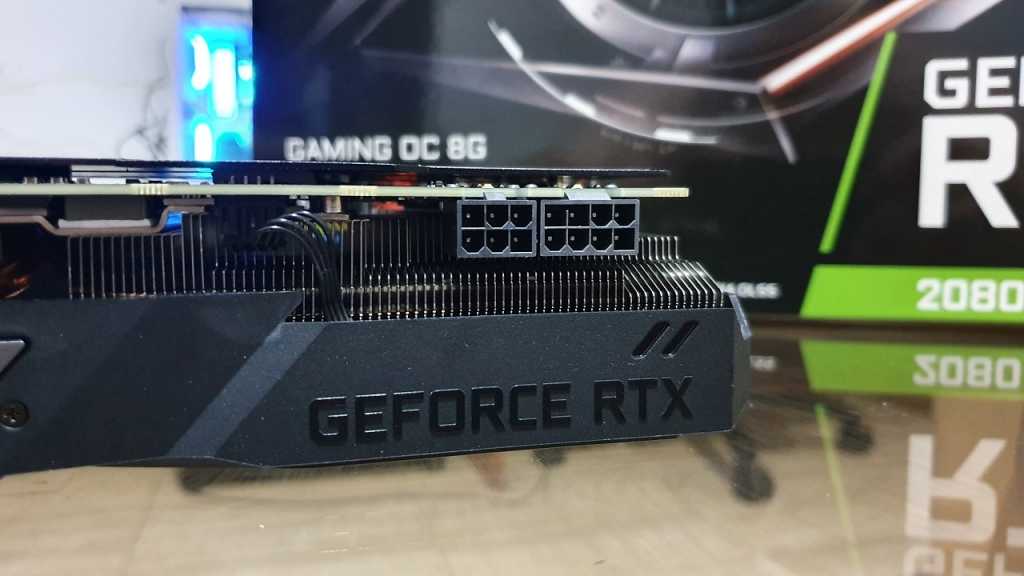 The power requirement from the card is an 8PIN connection and an 6PIN power supply. Along with the overall drop in power supply, and the gradual increase in the quality of power supplies, finding a quality power supplier today will amount to a minor cost compared to the monstrous price of graphic cards like this. 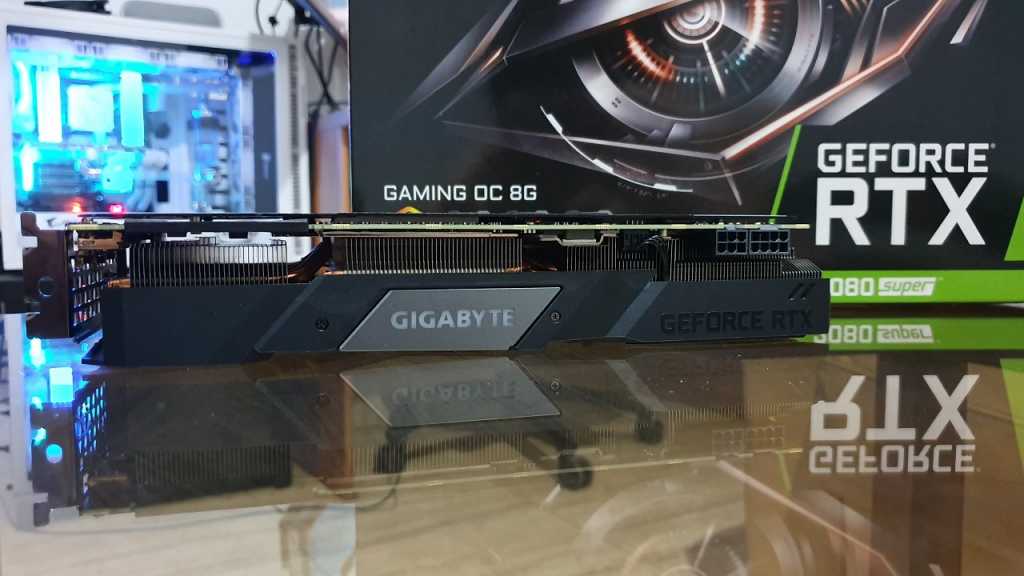 The thickness of the video card is 2.5 slots. It is important to make sure that the motherboard has enough space for this video card if you want to install additional expansion cards or for chassis compatibility. The length of the card is 28.6 inches, so it is actually not very long compared to many other models in the price range. 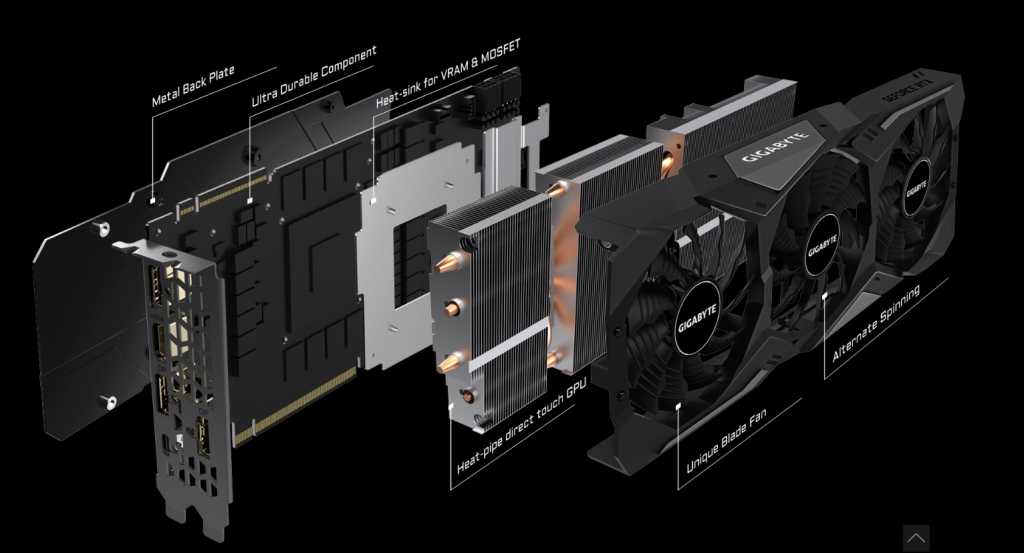 The heat sink itself is built in a fairly traditional method with Gigabyte when there is one plate that sits on the graphic memory and voltage stabilizers, and the body Cooling Another that features five copper tubes and aluminum hoists along the card. On top of all of this, there are three 92 millimeter controlled fans. Between different models the amount of pipes and the size of the pipes varies. Therefore, it is not always good to compare Cooling One after the models GIGABYTE. 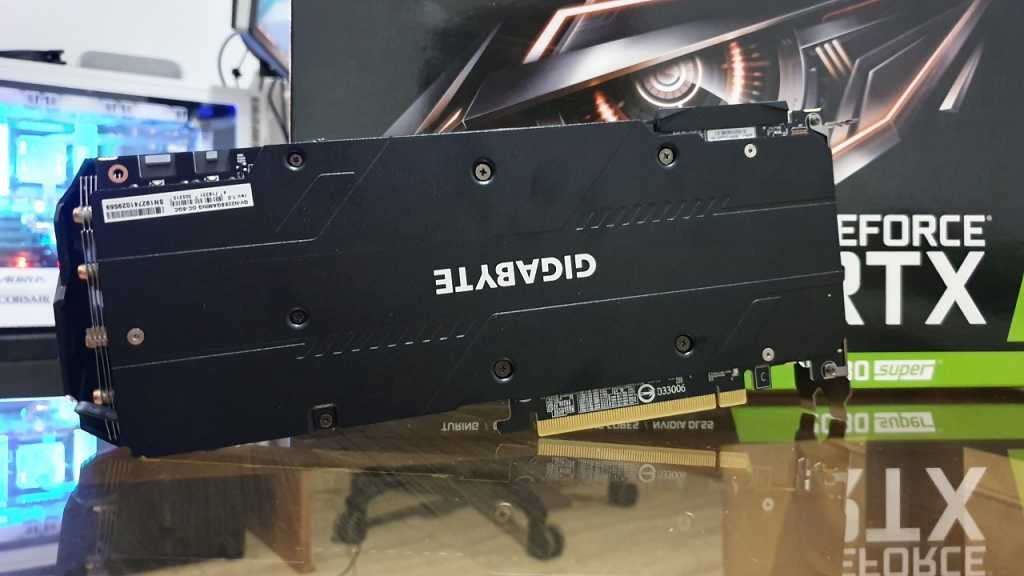 There is also a backplate that is used to cool the graphic memory and the back of the graphic core using thermal pads. A bad addition that also protects the board from physical damage. 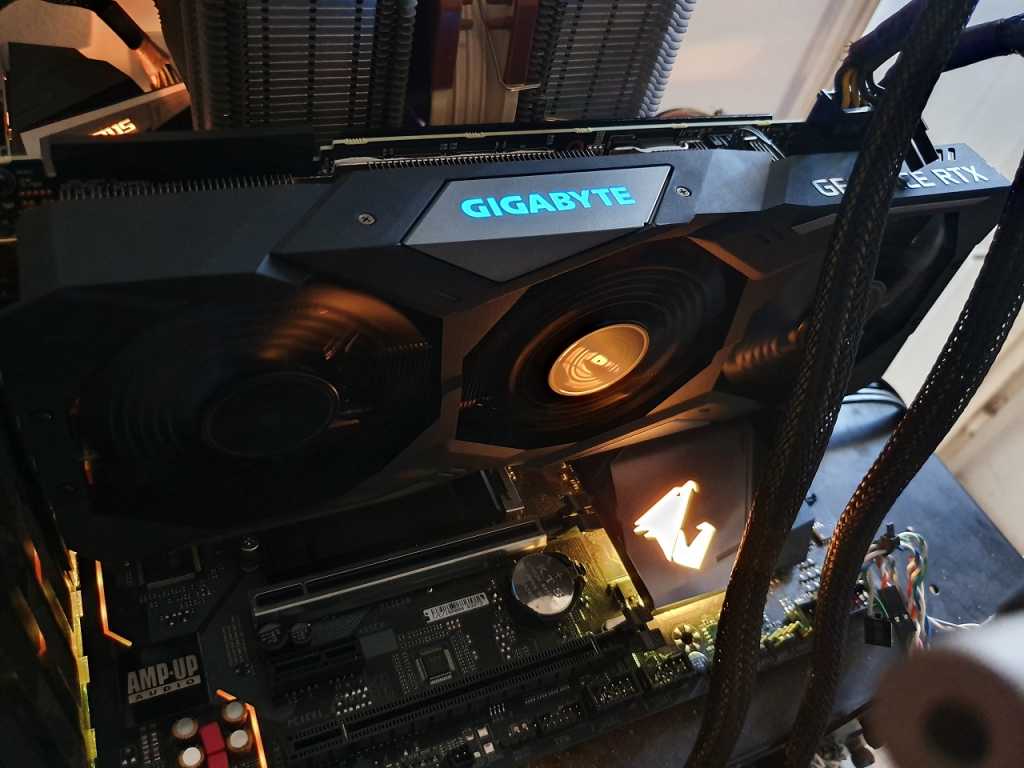 The video card side logo is lit in RGB and can be controlled through the control software of GIGABYTE, God-Fusion RGB 2.0.

Let’s move on to the performance tests and see how the technical upgrade is helpful plus performance in front RTX 2080 standard. 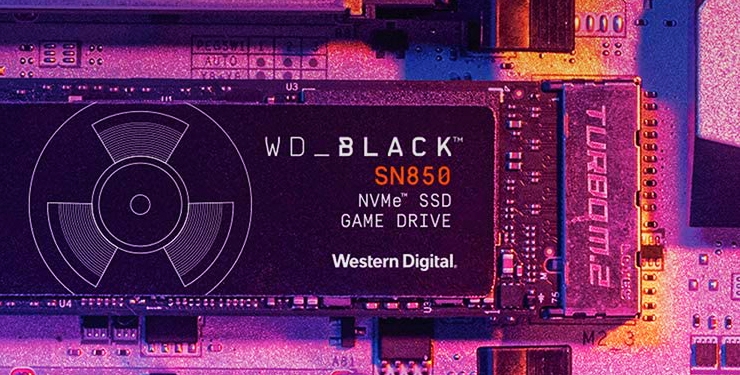 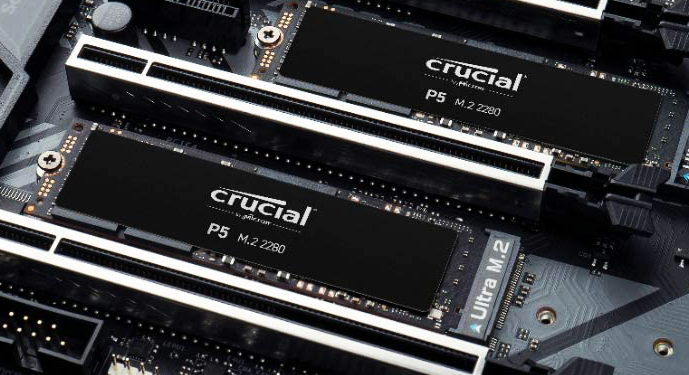