The American manufacturer starts selling a new version for theGTX 980 Ti, with an extension for front connections aimed at the imaginary reality glasses on the way

The future is already here - the theme of the game through virtual reality has recently gained more momentum than ever, with more and more wearable products such as Samsung's Oculus Rift and Gear VR. More and more virtual reality products are proliferating in the market - Even Valve has such a product of its own combined with HTC.

At the VRLA conference, which is dedicated entirely to the virtual reality that took place recently, AMD and NVIDIA have revealed the involvement of their graphics cards in the issue, And in general the ability of the PC to integrate with products of virtual reality and provide impressive graphics.

Therefore, it is no surprise that branded virtual reality cards will start popping up in the market. Today it's EVGA - launching a pair of models based on the company's powerful video card NVIDIA, The GTX 980 Ti, which it brands as "VR Edition". The first card is based on the company's reference cooling NVIDIA, And the other called ACX 2.0+ is based on Cooling With the same company name EVGA.

The highlight of these cards is an internal HDMI 2.0 connection, which connects to a 5.25 "front bay that it provides EVGA Along with the card. The bay contains a pair of ports USB 3.0, and, of course, the HDMI 2.0 port being transferred, to provide access to a goggles connection Virtual Reality Front instead of back. 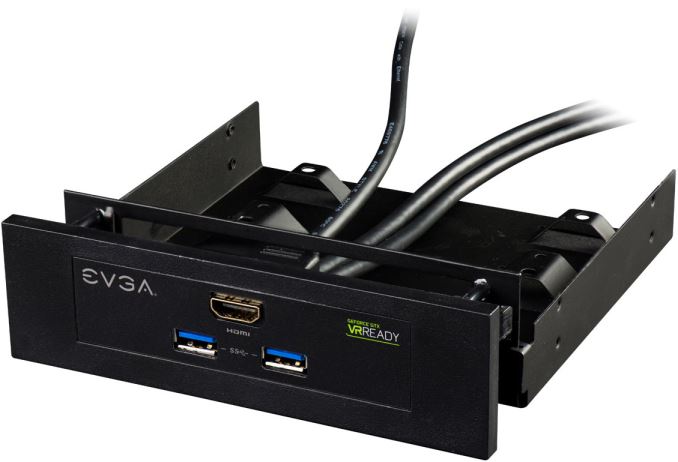 For the same feature, along with one of a pair of GTX 980 Ti cards, which will likely only appeal to those who connect and disconnect their virtual reality glasses frequently, the company charges $ 700 - about $ 70 more than their regular GTX 980 Ti version . Not cheap at all, but probably still better than buying a computer Virtual Reality 'Ready' from the players in the field.