Intel decides to reveal some more numbers about its next generation of desktop processors, which is slated to launch early next year - with architecture Brand new for the main processing cores and also for the built-in graphic cores

In the first quarter of 2021 is expected Intel Launch a series Processors New to the desktop market - is Rocket Lake S. This series of processors is expected to replace the existing Comet Lake S (processors such as Core i7 10700K for example) and also come with a fresh chipset for the bracket LGA1200 Existing.

While at this point we do not get to dive into the intricacies of CPU architecture, we do get general points about the features we are likely to find in the new processors. Among the allowances, Intel Emphasizes that there are IPC (RT Instructions Per Clock) improvements and this means that even at the same operating frequency we get higher performance. What will be the operating frequencies? At the moment there is nothing to know. 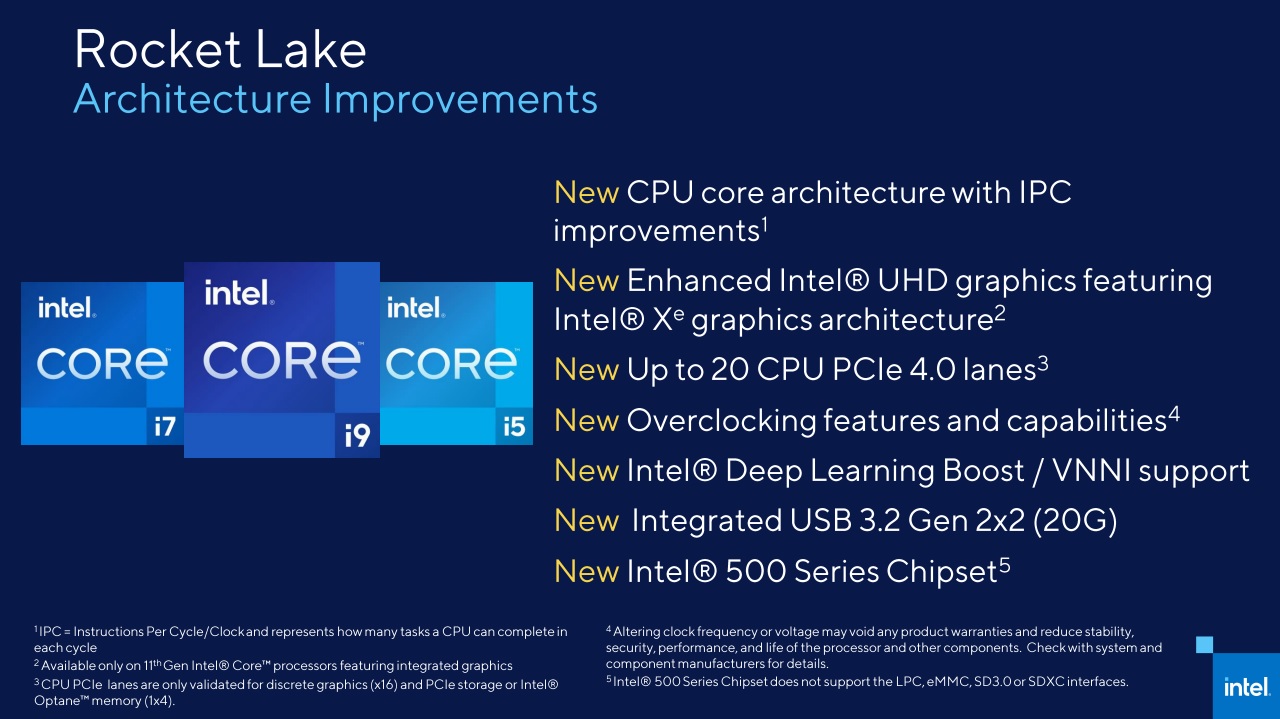 We now get confirmation that Intel Will use graphics cores from its Xe family, which first appeared with Tiger Lake processors on laptops just a few weeks ago. You can also see an official confirmation that the platform is finally going to undergo an upgrade to the standard PCI-Express 4.0.

There is confirmation that a new chipset will also be launched, presumably also for the bracket LGA1200 Existing. 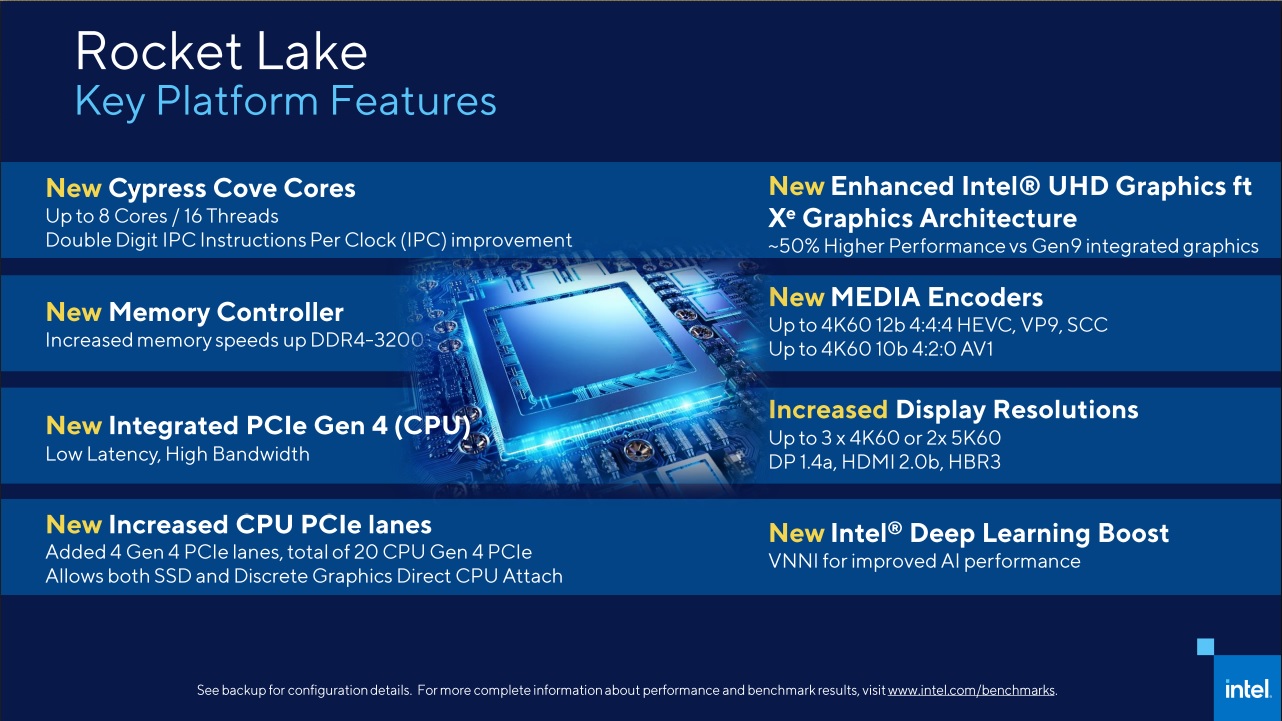 The cores of Rocket Lake processors will be based on an architecture called Cypress Cove. We are not yet parting with the 14-nm production process, but here we get it in a different guise with significantly improved architecture over iterations Skylake More we have known so far.

To the platform Intel 4 more channels PCI-Express Additional, all of which are as stated in Standard 4.0. This will allow computer users to have the device on any modern platform of their choice. In many boards based on Z490 There is a locked M.2 interface that "will be developed", and will open with the processorsRocket Lake.

The memory controllerDDR4 Rises to natural support at 3200MHz, which is a respectable improvement over the speeds of 2666MHz-2933MHz we have known so far. This means that if the boards do not have a Z prefix, we are likely to see faster memory usage than previously defined. Unfortunately, this does not mean that higher speed memory which is considered overclocking will work at a frequency higher than 3200 MHz on those simpler motherboards.

Interesting to see that Intel Indicates Rocket Lake S configurations with support for up to 8 cores only, with 10-core LGA1200 processors already available today such as theCore i9 10900K. Is it possible to see two different architectures being sold in parallel to the same desktop bracket?

The Xe graphics core that will contain Rocket Lake S chips may not be as meaty as the one we get at Tiger Lake mobile, but Intel Claims a 50% improvement over what we know in the desktop market so far. As well, there are enhancements to support acceleration, encoding and support at higher resolutions.

Launch processors Rocket Lake S for desktops is expected to exist in the first quarter of 2021. All that is left is to wait and see what we get.