A few days ago we brought you news That the first images of ATI's R420 cards were leaked to the network, and today the pictures of an NV40-based card, which will be officially launched only while About three weeks.

The images appeared on the French website PC Inpact and can clearly be seen as the large core (175 million transistors, according to the latest information) and the large space left for the heat sink which will be integrated into the production versions of the card.
The heat sink will have to deal with a lot of heat, since the dense core consumes a lot of power (there are two Molex connections on the card, compared to a single connection in GeforceFX 5950 cards) and is expected to emit a lot of heat.
You can also see two DVI connections, which is quite rare but understandable because of the rapid spread of LCD monitors in the market, but it is likely that all cards that come with two DVI connections will also contain adapters for normal VGA connections. 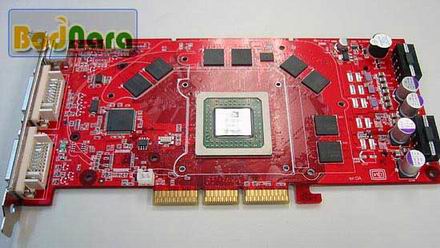