First place in all metrics: the reviews of the GeForce RTX 2080 Ti 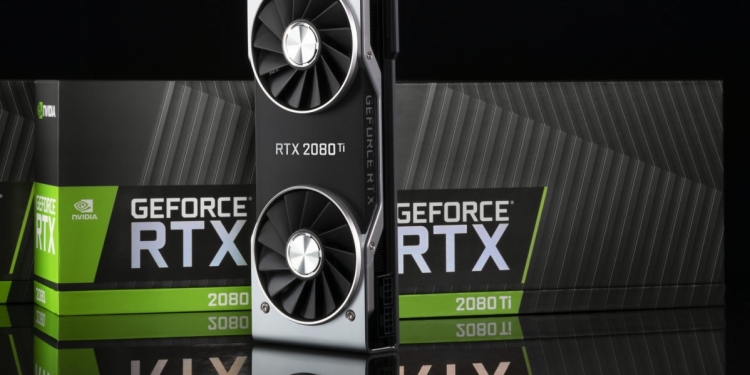 After a year and a half of waiting, we finally have a new GeForce champion to talk about - and even two of those, in fact, that leap over the GeForce GTX 1080 Ti convincingly. The first reviews of the RTX 2080 Ti and RTX 2080 hit the web as planned, both in the expensive and rushed Founders Edition versions of NVIDIA And different versions of the partnership manufacturers, and present us with the information we lacked in the last few weeks about game performance, the potential for precipitation, temperatures, noise levels of the cooling devices and more.

GeForce RTX 2080 Ti is of course the most powerful model of NVIDIA For gaming to date, with the most massive power consumption in the field both in effort and rest modes (when the chip developer has already announced that they will provide an update that will improve efficiency and cost-effectiveness in situations where the full power of the product is not required) - and especially ability to run most modern games on the market. At a steady rate of over 60 frames per second. It is worth noting that there are still some titles that fail to reach the desired threshold that she promised NVIDIA At launch, including even the somewhat old Deus Ex: Mankind Divided - but it's probably the developers 'fault for not polishing and refining, no less than the hardware' own fault. 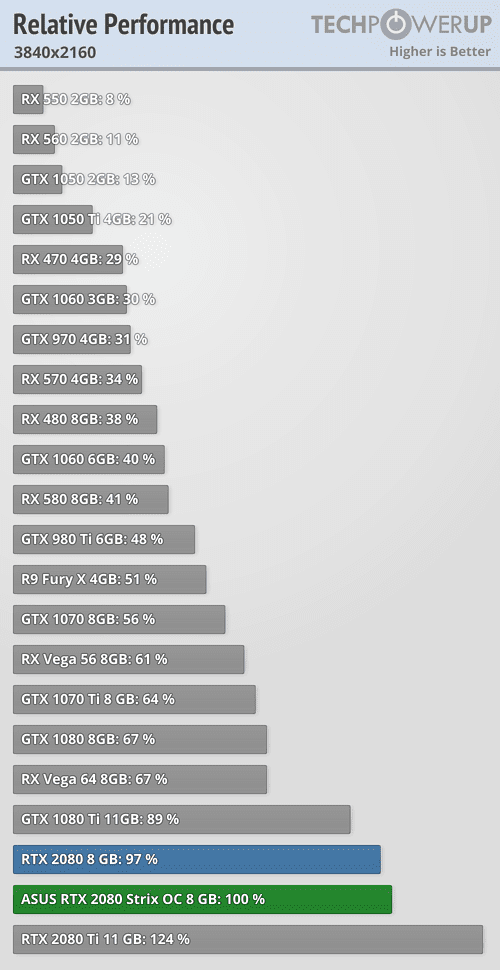 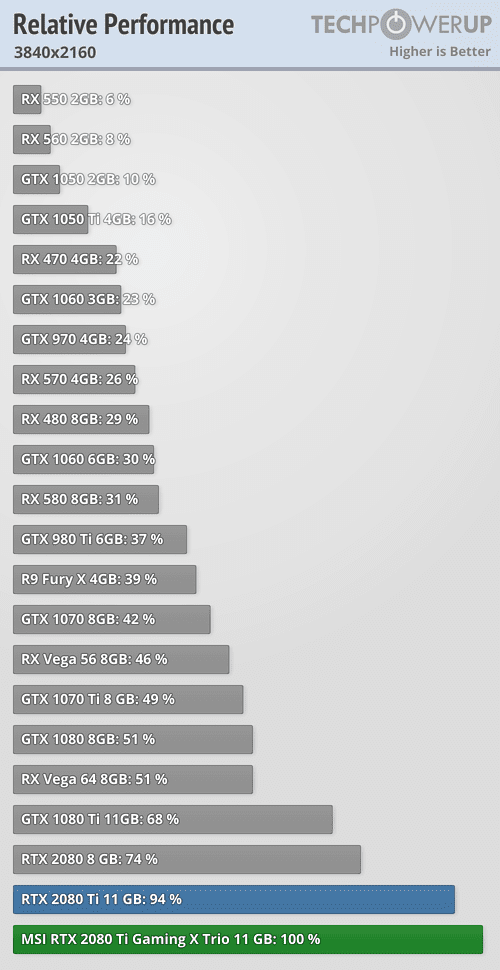 The performance is very impressive, and definitely meets the expectations we have developed NVIDIA At the declaration
Source images: techpowerup.com

The RTX 2080 Ti is superior to the GTX 1080 Ti by about 30 on average, and even more so compared to the Radeon RX Vega 64 which is the best offer of the competitor AMD, And in addition it seems to have potential The fast Not insignificant that may add another 10 percent to this performance - with new tools that are supposed to make the craft more convenient and accessible. All this is done while maintaining relatively comfortable temperatures of less than 80 degrees Celsius even under maximum load, and especially in impressive silence on the part of the fans in all models, both custom and non-custom.

God-GeForce RTX 2080 also does what we have been promised,GeForce GTX 1080 Ti in almost every way and in every situation, with lower power consumption and impressively good temperatures and audio levels - although of course we would not compromise on that, considering the recommended price tags that start at $ 50 above that of the flagship of the GenerationPascal And also reach 150 dollars and 200 dollars more in some cases.

The RTX 2080 cards, like their older brethren, have all reached practical working frequencies of over 2GHz in the frame The fast, While some critics even manage to cross an impressive 2.1GHz threshold - but this is the point where it is worth noting reports that only models at the high end of the recommended price range will support such speeds, while discounted models will contain another variation of the TU102 and TU104 cores that support only tiny speed Or will not even soon support at all. There is still a certain lack of clarity around the subject, which will become clear with the arrival of first products at prices of about $ 700.

A very big jump in performance that justifies the long waiting time we've had since May 2016 (GeForce GTX 1080, the first of its kind) - but a corresponding addition of tens of percent in official prices obscures the viability
Source: hardwarecanucks.com

It can not be denied that -NVIDIA Has carried out an impressive engineering step forward, one whose full potential we will probably be able to understand only in a few years' time,RTX And the DLSS to a kind of new basic standard of the gaming market - yet impossible to completely ignore the very high prices that the company decided to charge for its works in the absence of real competition at least until the beginning of next year, which definitely "ruins the celebration" for those unable or unwilling to invest Amounts of almost NIS 4,000 or even NIS 5,000 in just one component of an entire system.

We want to believe that the gradual increase in production and supply, the gradual disappearance of inventories from the previous generation and the launch of the Navi generation of AMD We will stimulate price cuts that could make the Turing For the natural and logical choice for many users - but until all this happens, it seems that another waiting period awaits us, beyond the very long one that has brought us so far.

Agree with us or not so? Let's share them all with comments!