A laptop with an RTX 3080 and a 300Hz screen is definitely not a common thing, though GIGABYTE Loves to shatter a routine with products of this kind - let's see theAORUS 17G in action

Recently we have been able to see some of the hardware manufacturer's laptops known GIGABYTE, Their sons also some 15-inch models. Today we will look at a model that addresses quite clearly to e-sports players and those who prefer speed over anything else. 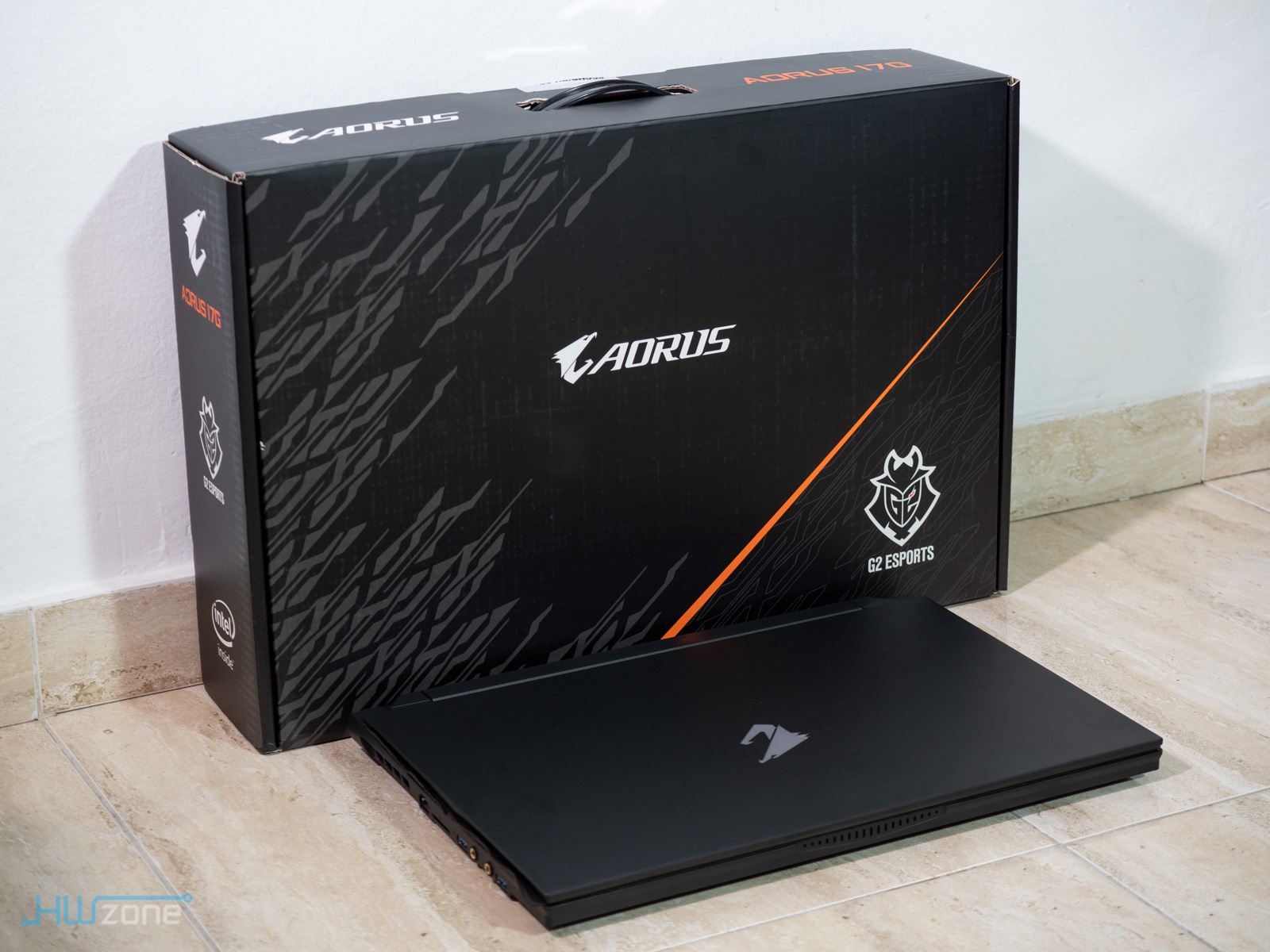 The AORUS 17G is a series of laptops for gamers according to GIGABYTE that has recently received a refresh for the use of the new video cards of NVIDIA Ampere architecture based. מחשב נייד This is a sample AORUS The 17G YC contains slightly surprising and unconventional technical specifications to suit action-packed e-sports enthusiasts who continue to gain momentum. 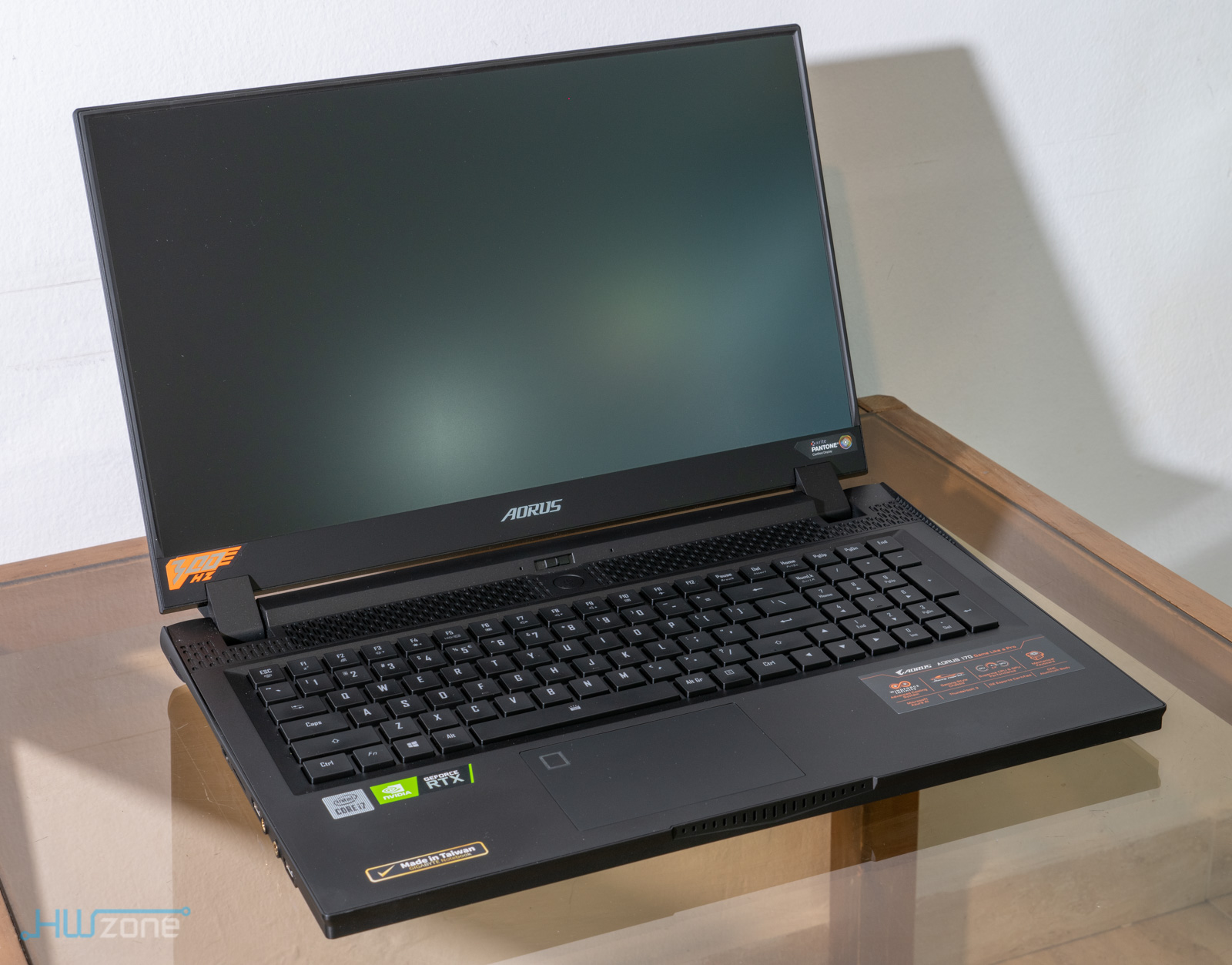 God-AORUS 17G YC is a computer with a 17.3-inch screen with a resolution of 1920X1080 that is not considered particularly high in the field of laptops for gaming, but this screen comes with a huge transmission frequency of 300Hz (meaning displaying 300 frames per second when possible). The show itself is in technology IPS And rated to cover 72% of the NTSC color range. This monitor comes after factory calibration and carries the X-Rite Pantone quality tag (a company that supports display calibration and has such equipment).

This computer comes with the GeForce RTX 3080 graphics card for laptops and Core i7 10870H processors Intel Eight-core. The idea behind combining a powerful video card like the RTX 3080 with a "only" 1920X1080 display is to make the most of the 300 frames per second that the display can produce. Combining standard and not very exciting resolution along with as high a graphic intensity as possible is something that describes ספורט Electronic almost from the moment he was born. Games like CS: GO or Overwatch or Valorant are built at the code level to allow the engine to reach very high per-image processing rates, with limits in the line of 300 frames per second and even higher.

The principle is that the player gets as fast response times as possible from the game when pressing the keyboard and mouse keys. 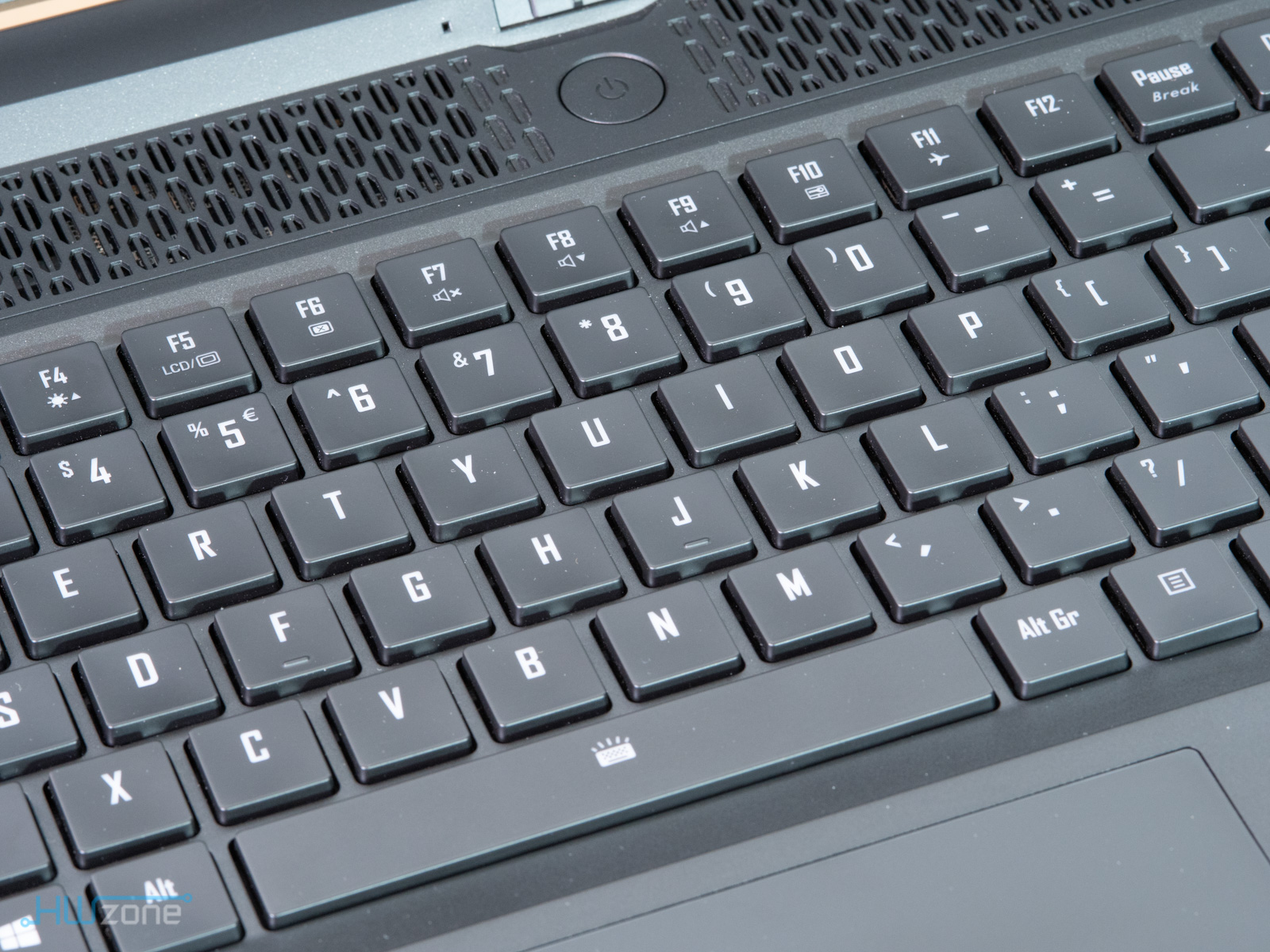 If we are talking about a keyboard, the AORUS 17G comes with a real mechanical keyboard with OMRON buttons as in many mechanical keyboards and mice on the market. The experience here is completely authentic, and the pressing distance is very respectable with this keyboard. This is actually the most comfortable keyboard we have used so far among the various laptops of GIGABYTE. Each key has an RGB light and all keyboard lighting is controlled by the RGB Fusion software GIGABYTE. There are also keyboard extremes that help control lighting intensity. 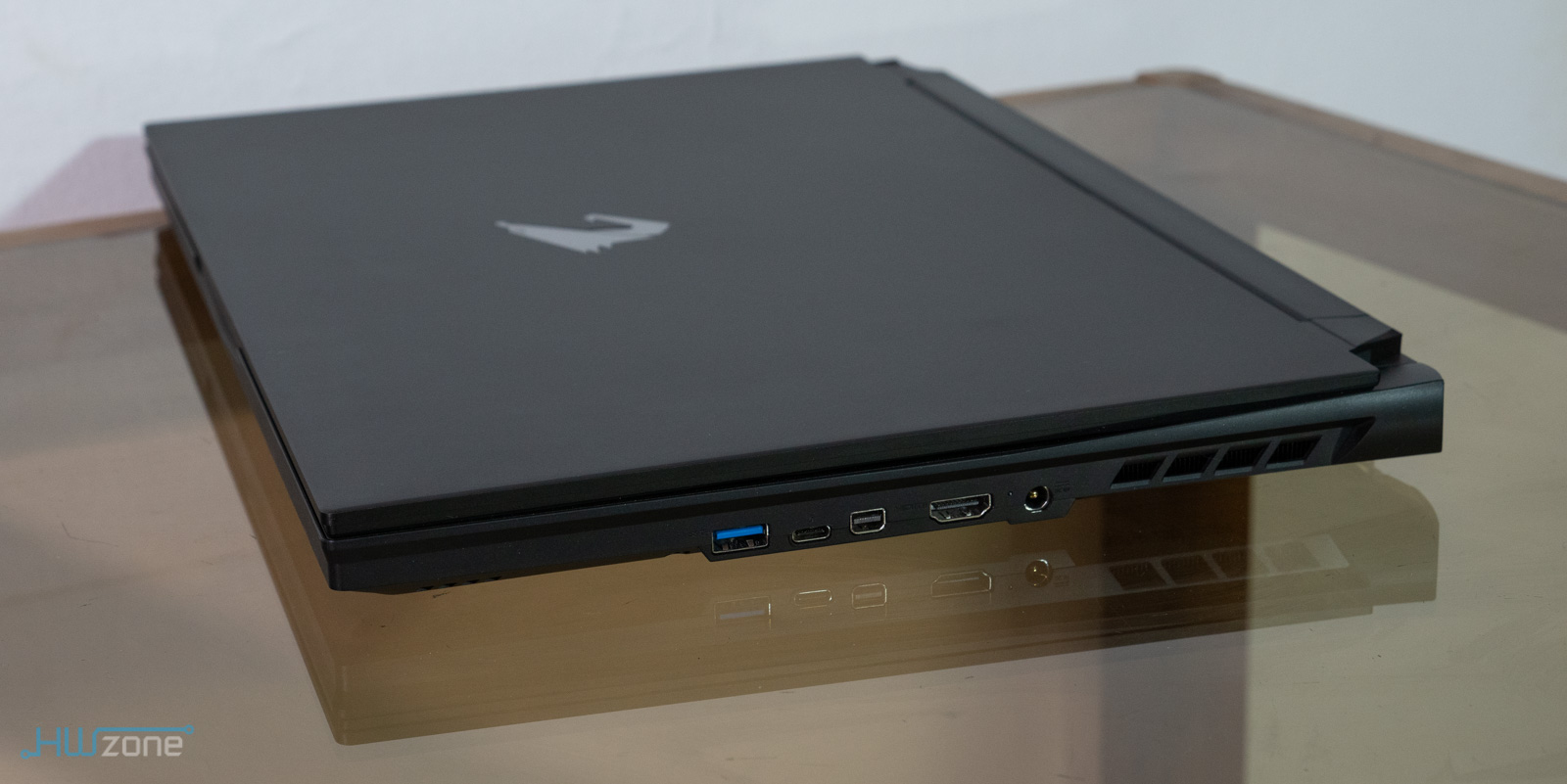 On the right side of the computer is the power input socket from the charger, HDMI port in the advanced 2.1 standard, Mini-DisplayPort port, port Thunderbolt And also port USB Standard 5Gbps. 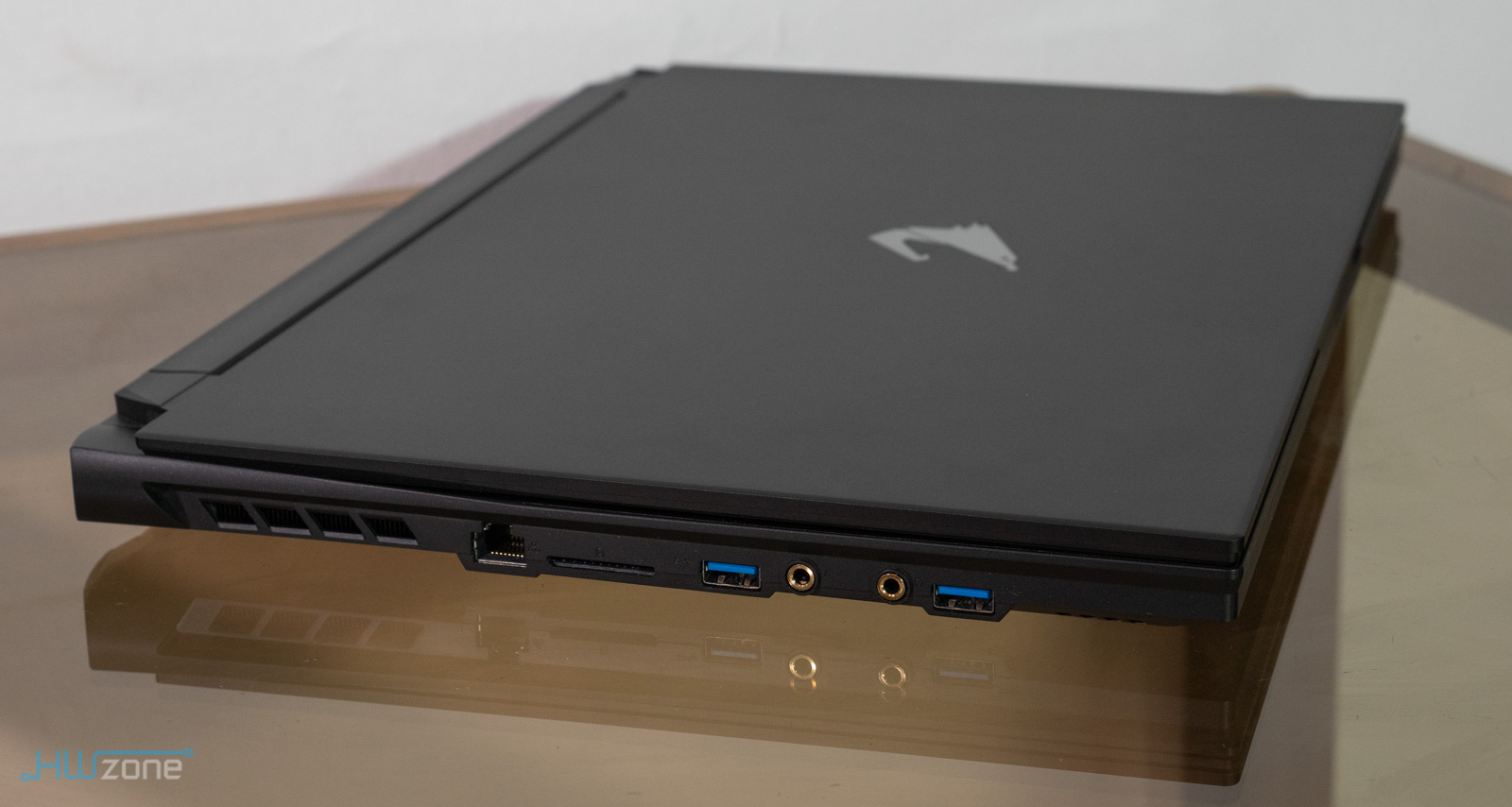 On the other side of the computer there are two additional 5Gbps USB ports alongside audio ports, a UHS-II standard SD card reader and a 2.5Gbps network input based on a Realtek controller. This laptop of course also has wireless connectivity in the WiFi AX200 standard based on technology Intel, Means dual band support and an impressive 2.4Gbps maximum throughput.

The inputs and outputs from this laptop can be summed up as very impressive. There should be anything here that interests a gamer and creates content that uses such a large and respectable laptop. Weighing about 2.7 kilograms, מחשב נייד It actually puts itself in the "replacement for desktops" category. This is actually the idea behind the size, the use of a mechanical keyboard and the fast components. 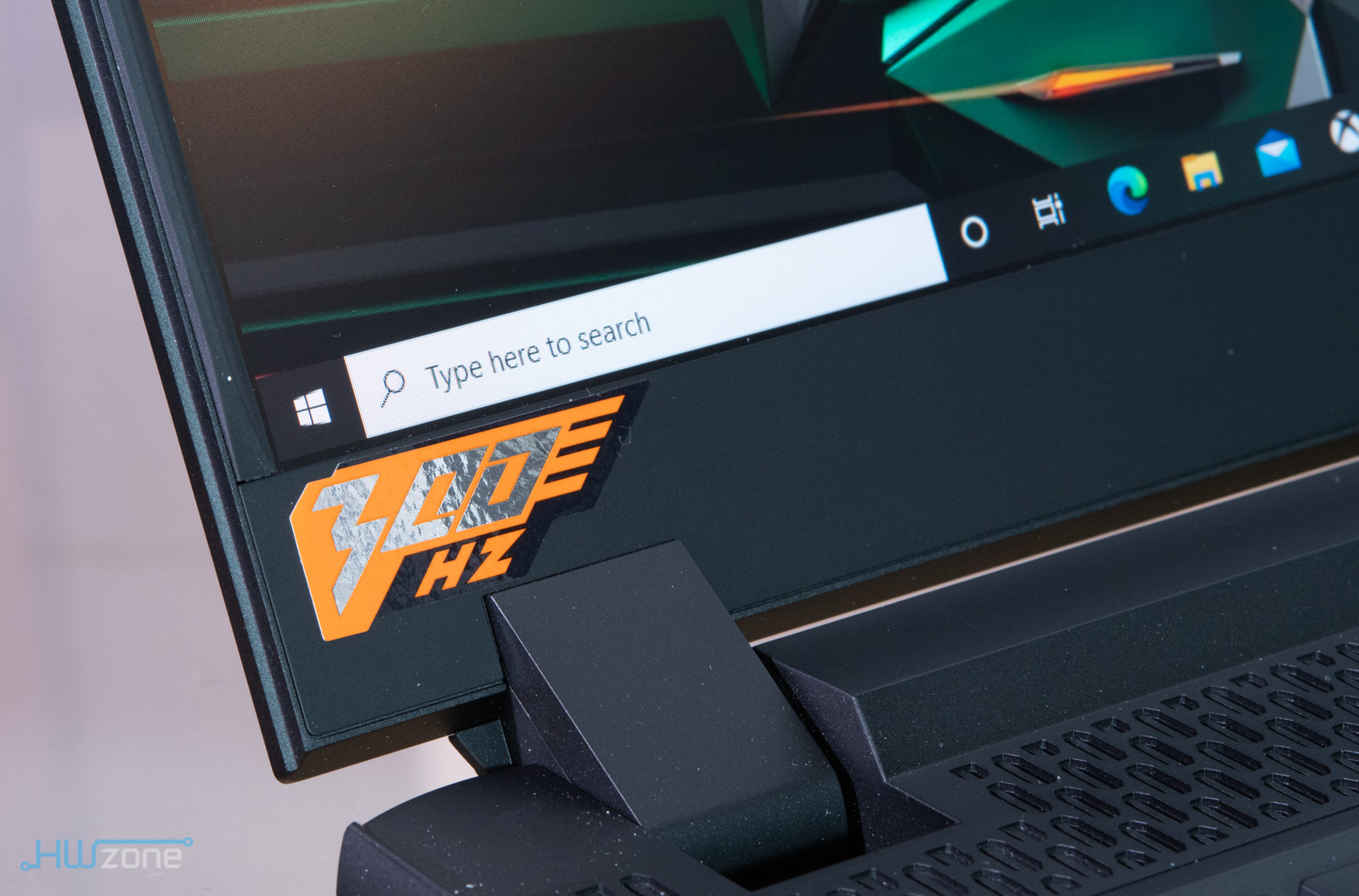 Note that this laptop has a 300Hz monitor and this is actually one of its big selling points, since in competitive gaming the user will want to see as much as possible תמונות For the second shown to him. The topic of "Will the user notice differences?" We leave mainly to you, because we have learned over the years that this is mostly an individual thing. There were many independent tests that showed that players ספורט Electronic ones manage to improve their response time in the transition from traditional 144Hz monitors to 240Hz monitors and higher, and there were some where the differences were more accidental. Products like this laptop do not want to leave a doubt, and provide an exotic technical figure to those who desire it. 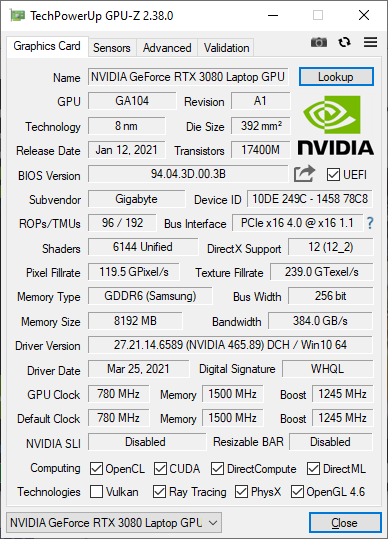 Speaking of an exotic technical figure, this laptop has a video card of the type GeForce RTX 3080. This is the laptop version of the same video card and specifically the power-efficient Max-Q type, and is based on the GA104 core, the same core we encounter with video cards such as the RTX 3070 desktop. The hardware here is very similar to the one you will actually encounter inGeForce RTX 3070 Ti where the main differences are the use ofGDDR6 Instead of GDDR6X and significantly lower operating frequencies for the graphics core in all effort modes. This video card is limited to a maximum power consumption of 105W during effort, and this is reflected in its performance.

The processor in this laptop is the Core i7 10870H which at the time of writing is already considered the previous generation, and its performance is not leading in the field of games like those of the 11th generation of Intel, or Ryzen 5000 processors of AMD. Admittedly, this is a model that continues to sell worldwide now. Additional technical data includes two internal M.2 interfaces for SSDs, and two SODIMMs for memory type DDR4. The computer that came to us includes a 1TB system drive alongside 32GB of memory DDR4. 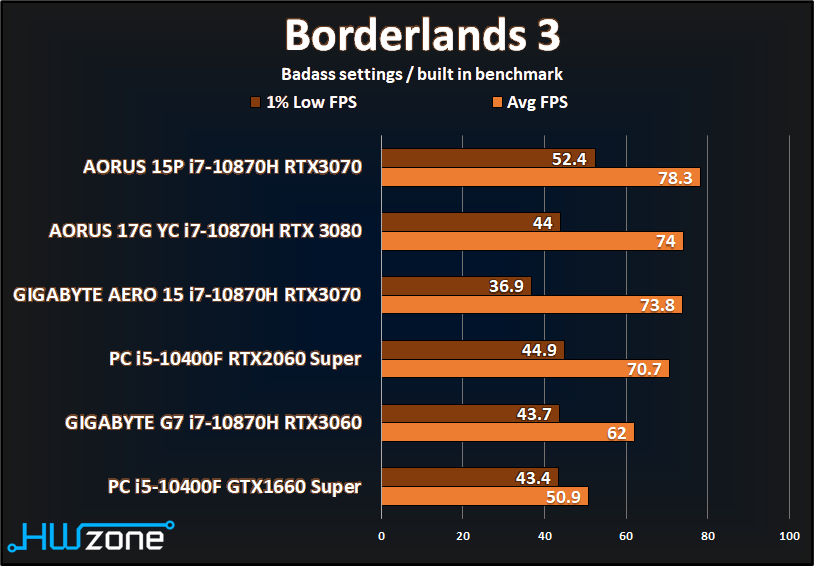 Among the performance tests we conducted on the games, the demanding Borderlands 3 game as well. In this title the computer exhibits slightly higher performance than those we encountered in the AERO 15 carrying the RTX 3070 Max-Q. It is important to understand that the heat envelope limit is similar between the two graphic cards Their slightly different hardware will get to a point where performance can be very similar. That's exactly what's going on here. Crimson graphic cards With a different descriptive performance point meet close when the power limit prevents these differences from manifesting. The AORUS 15P is מחשב נייד husband RTX 3070 Max-P with a maximum heat envelope of 130W compared to the possible 105W with RTX 3080 Max-Q of theAORUS 17G. 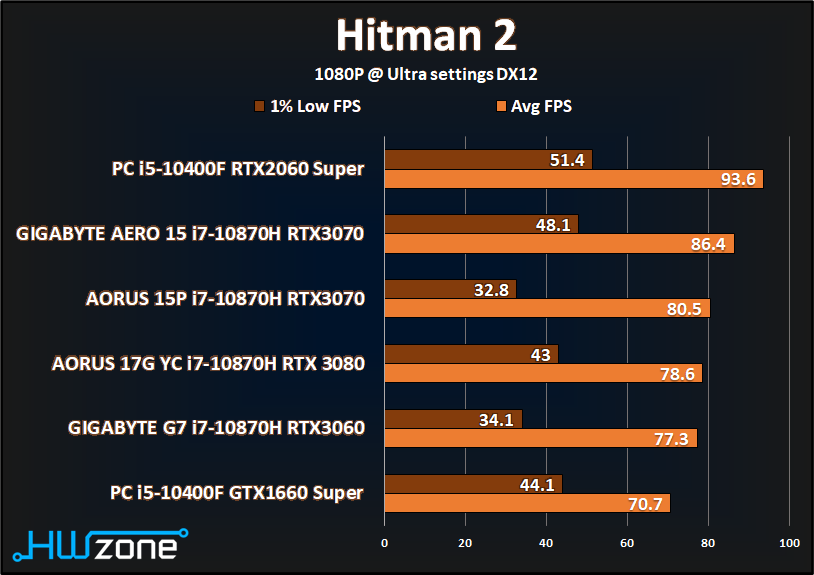 In Hitman 2 you can see slightly different performance differences as this title relies heavily on CPU power. מחשב נייד Based RTX The 3080 Max-Q example of this one manages to bring about slightly higher performance than those of the G7 with RTX 3060 Max-P. 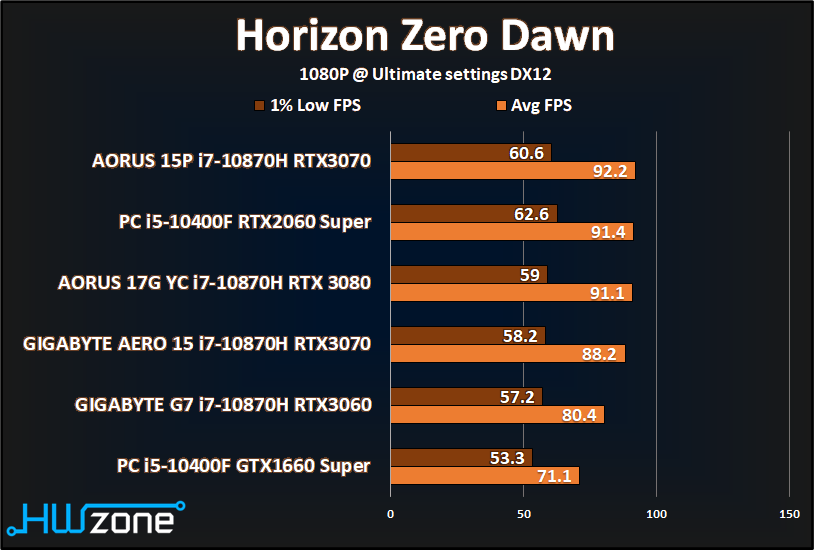 Not every day we meet a replacement laptop for a desktop computer that comes to serve mostly Gamers For competitive e-sports. 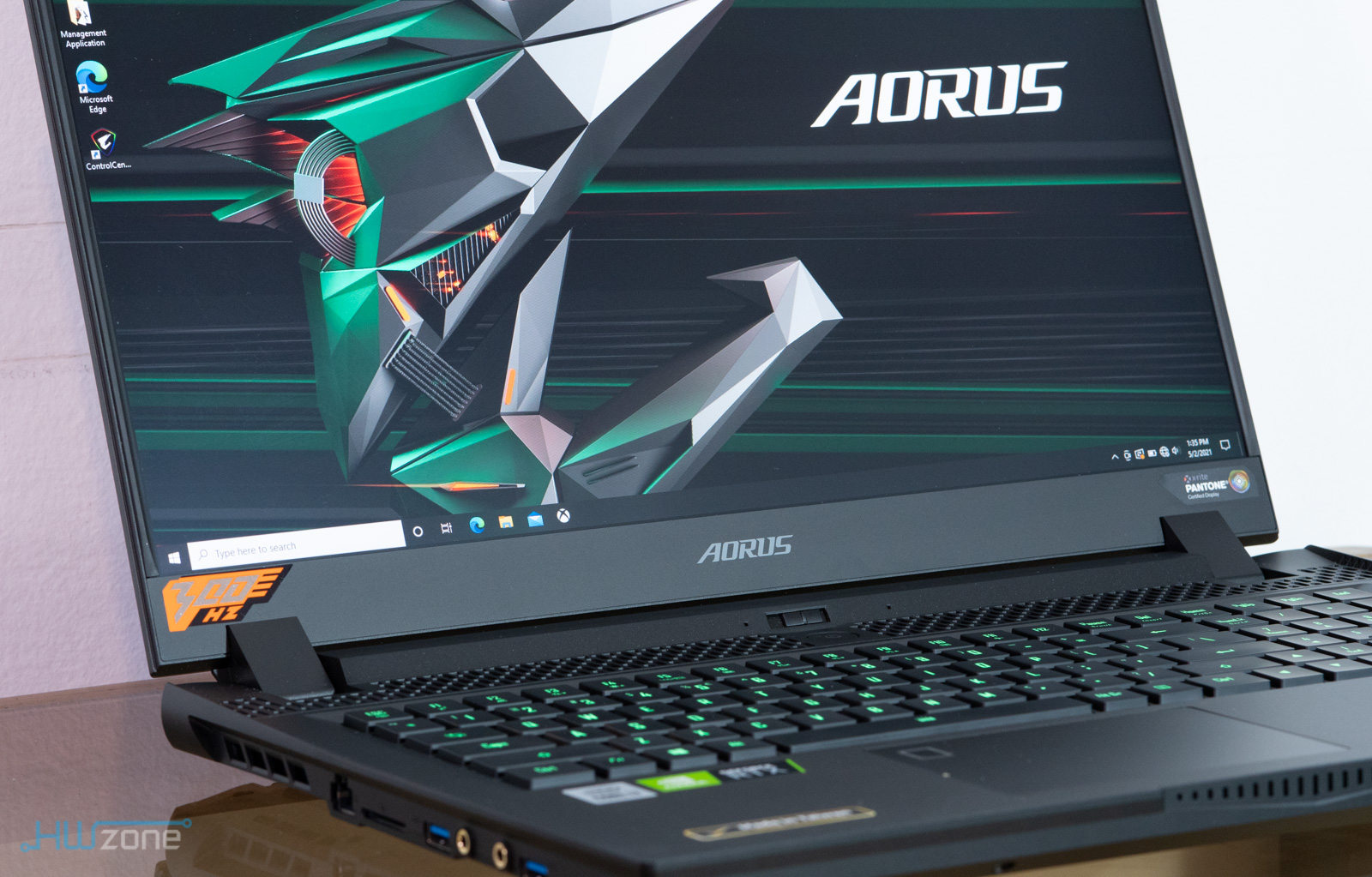 This niche and interesting combination gives birth to a unique product according to the recognized standards of GIGABYTE. The AORUS 17G YC is not the first product to think of when it comes to productivity, content creation like Video And editing תמונות, Or casual gaming in some trendy games right now. The stamp of the G2 e-sports organization on the product sets the tone for this type of product.

As a regular user of 144Hz monitors, the difference to 300Hz was not dramatic for me, but it was noticeable. One can notice the addition of "smoothness" to the fact that things seem to be moving with improved realism. Admittedly, for me it was not the same strange and intriguing feeling when many years ago I experienced my first use of a 120Hz screen.

Yes I came out surprised by the experience of using the keyboard. It usually takes time to adjust between switching different keyboards in order to reduce the amount of incorrect clicks. Switching between a desktop keyboard and the AORUS 17G keyboard was done with complete naturalness and without any special adjustment difficulties. The mechanical OMRON buttons feel great and the feedback is quality. It is evident that GIGABYTE Invested in this keyboard. The mouse pad is fairly basic, rather than exciting. indeed, מחשב נייד This type is not intended for intensive use with the touchpad, but rather a standard gaming mouse.

The cooling quality and noise level from this computer remain at a level similar to what we have known so far with computers GIGABYTE The others. Yes you can clearly hear the noise of the fans in the effort, but the user is expected to use the headphones anyway in this situation and hardly pay attention to them.

Fantastic operating temperatures of less than 85 degrees Celsius per processor after prolonged effort, and less than 83 degrees to the graphics core indicate that cooling engineering deserves a good word.

The build quality of this computer is also noteworthy. There are no creaks or noises that indicate that there are more sensitive and vulnerable areas in the computer body. Many parts of it are made of large and complete pieces of plastic. The screen hinges also feel tough and have proper resistance. Specifically, this laptop monitor cannot be opened with one hand, and the bottom should be held. Admittedly, this is relatively forgivable on 17.3-inch computers compared to smaller, lighter computers where the user is expected to move around much more with the computer.

Such a laptop will cost you today (sitting?) About ten thousand shekels. This is a slightly inflated price, but not like the ones we are used to seeing in the world of video cards. The very fact that this computer carries such an advanced and desirable graphics core makes the product significantly more expensive than it would have been if the silicon world today were in a sane state. We can not recommend this computer to any random user who is interested in an advanced piece of technology, as we believe it is a very niche product, but it is definitely one that marks any desired box for Gamer Competitive to move around.