In this review we will take an in - depth look at the latest video card performance NVIDIA At this time, theGeForce RTX 3070 Ti, in order to understand what performance improvement it gives over the familiar base version

Recently launched the chip giant NVIDIA Another video card, at least officially to make sure its new video card line is as compact as possible and full of options, despite having low shelf availability and hard-to-digest prices.

Earlier this summer announced NVIDIA That it is launching a pair of Ti cards, which are upgrades across theGeForce RTX 3080 andRTX 3070 respectively. This, along with a higher price tag and a syllable that these are products that do not replace existing ones, but simply provide an additional purchase option.

The GeForce RTX 3080 Ti We mostly knew it as a cheaper version of the prestigious RTX 3090. This is actually a product with almost the same hardware and volume זיכרון 12GB graphics compared to 24GB. We also learned that the digital mining speed of ETH has been limited to only half. This also characterizes theGeForce RTX 3070 Ti. 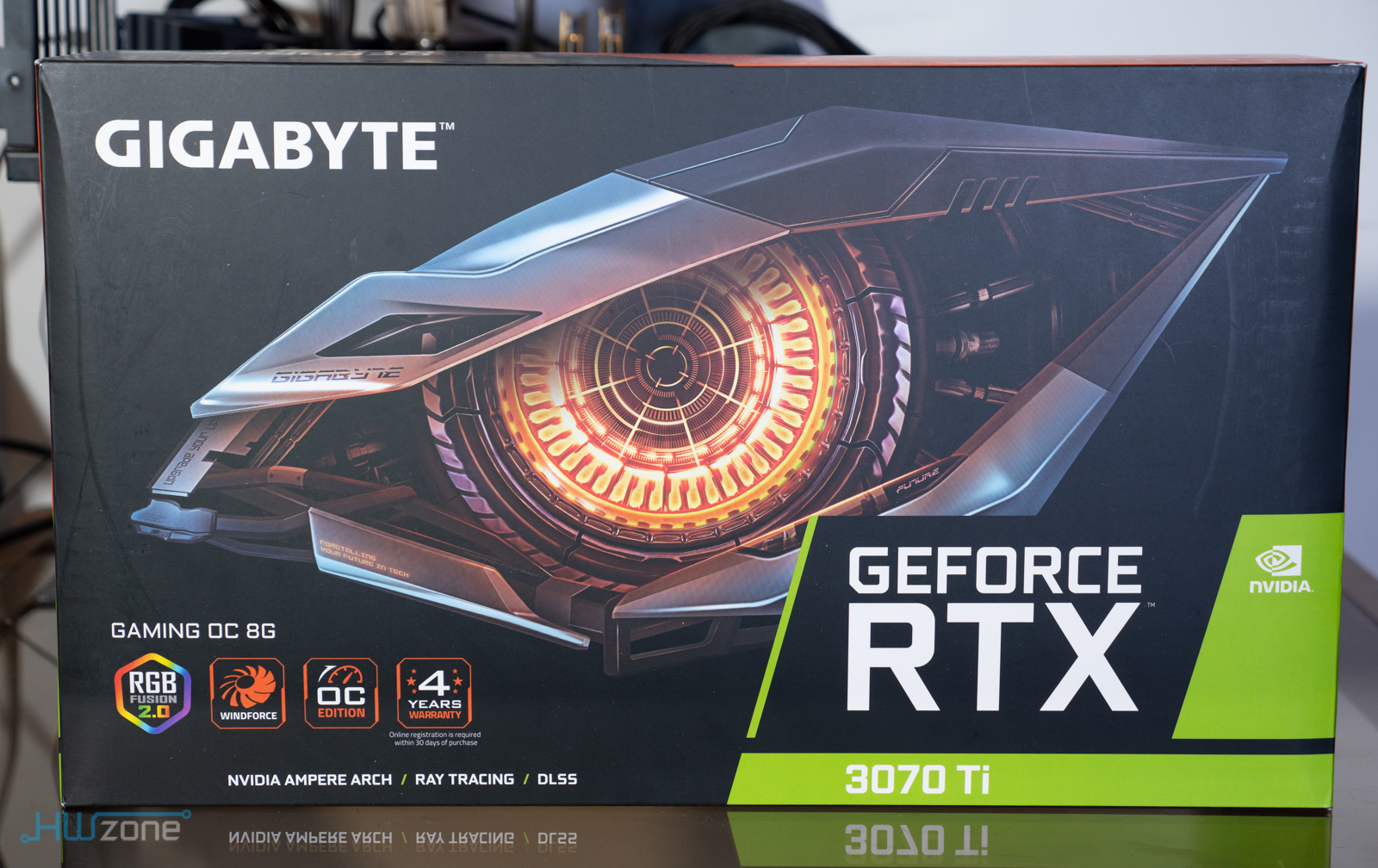 Our video card comes from the well-known and popular hardware manufacturer GIGABYTE In its GAMING OC 8G version. God-GeForce RTX 3070 Ti is not significantly different fromRTX The original 3070, unlikeRTX 3080 Ti vs RTX 3090. 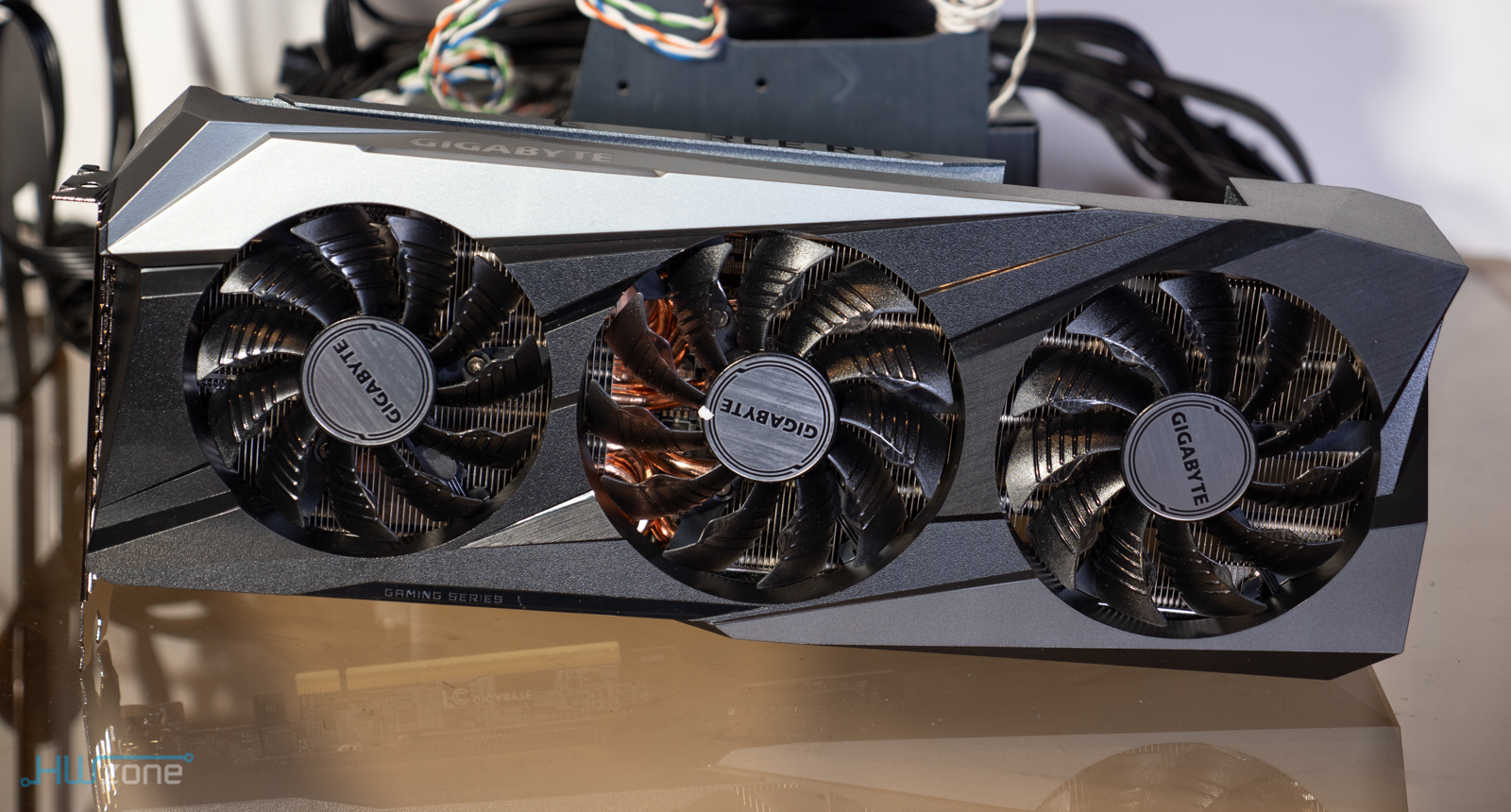 Another difference that is perhaps the most important is the use of the fast GDDR6X for the RTX 3070 Ti compared GDDR6 Standard inRTX 3070, which contributes to the differences in performance

There can be several reasons for this, with the first being a higher and safer supply of operating cores as a result of the same reduced performance requirement from silicon. Another possible reason is that the silicon quality yield has reached a point where it is equal toNVIDIA Create a more sought after and more expensive product.

God-GeForce RTX The 3070 Ti is offered at a suggested retail price of $ 599 compared to the $ 499 we saw with the base version. Of course these prices have swelled accordingly with the whole market situation today. 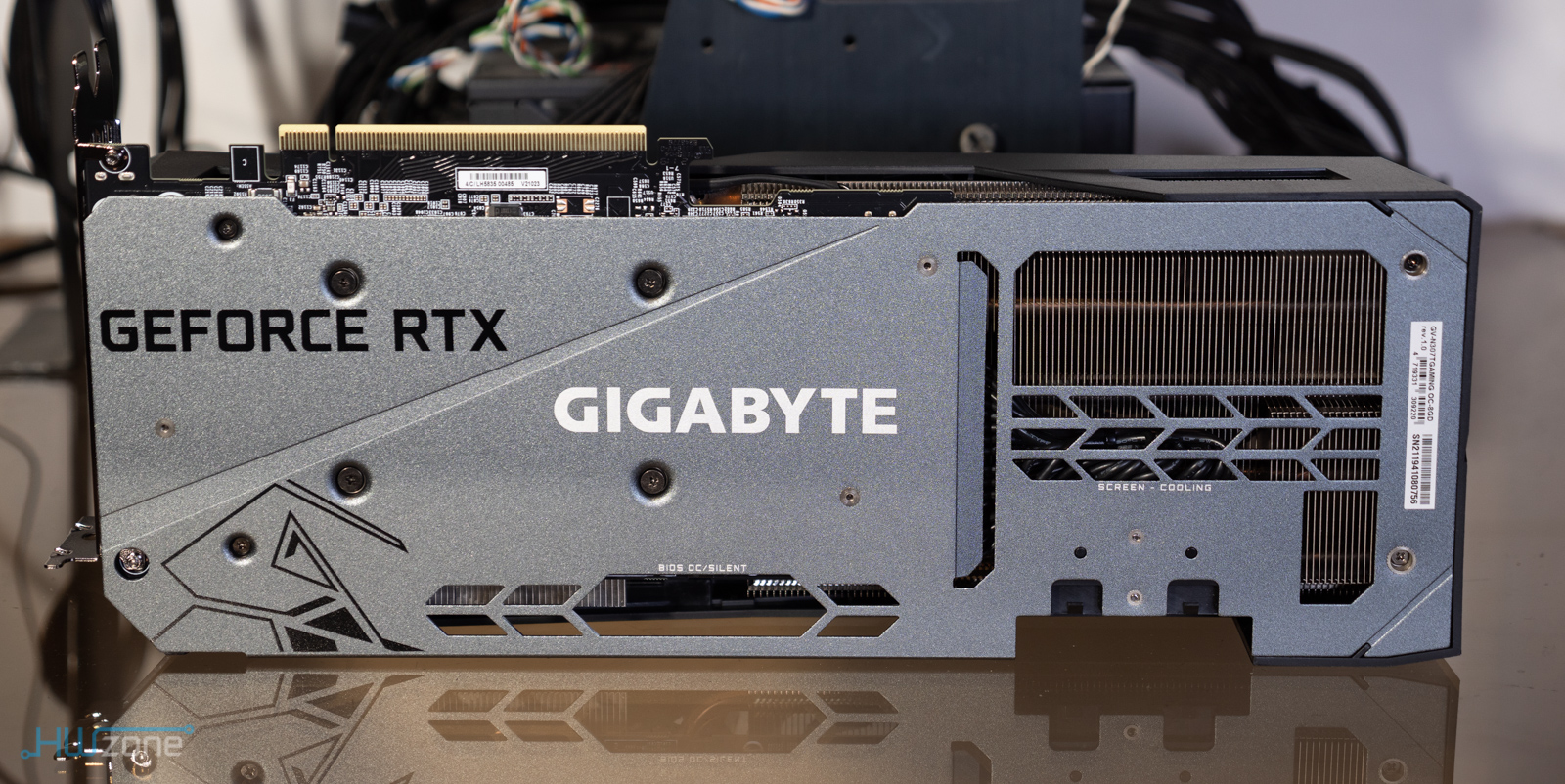 As a hardware product maker, GIGABYTE does what is required of it, uses its existing branding and new product engineering bearing the graphic core of NVIDIA. Its GAMING OC 8G is the mid-range version of this video card and comes with Cooling Reputable with copper pipes and three fans. The printed circuit board itself is relatively short, and the card is extended beyond that for the purpose of the heat sink itself. 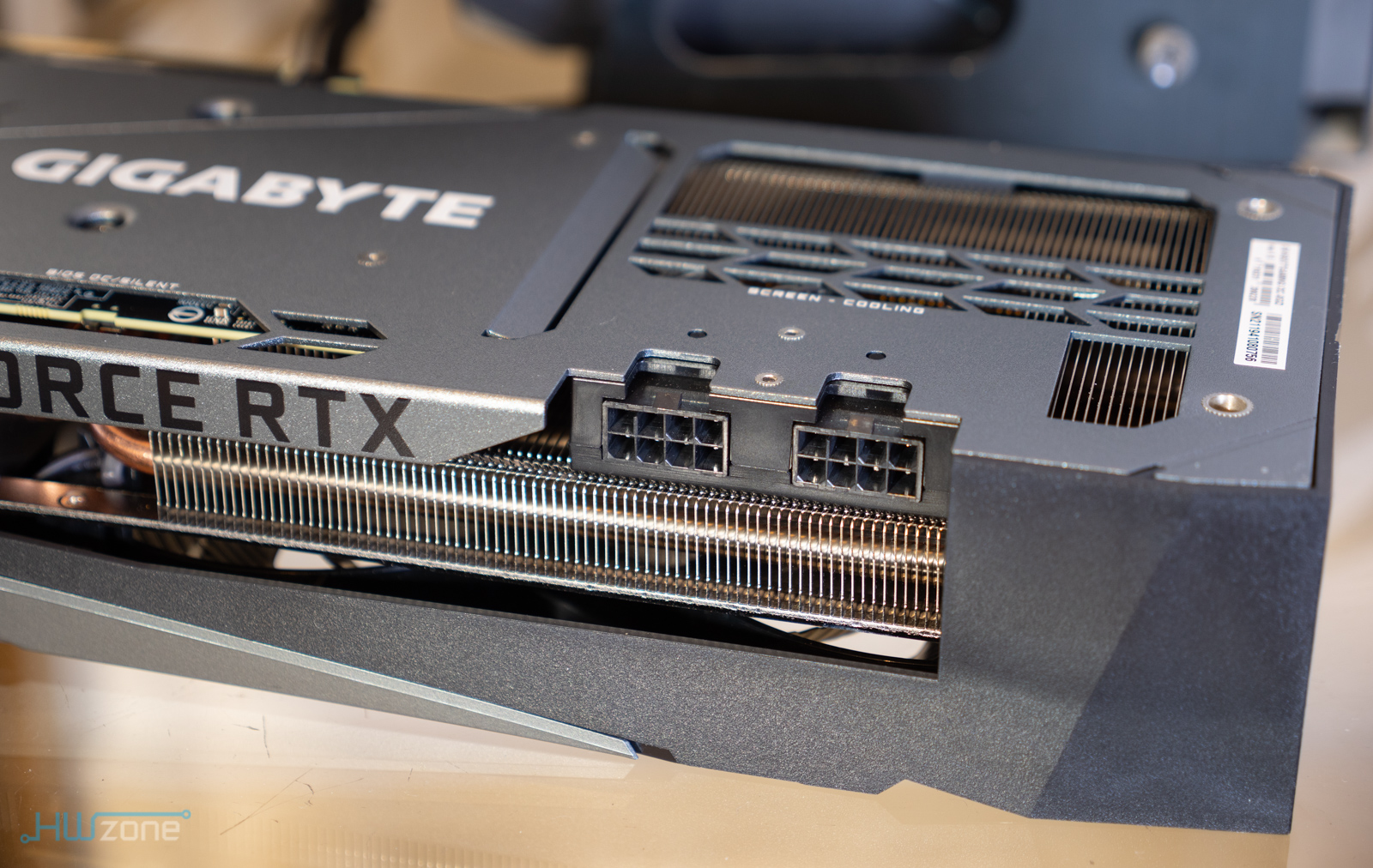 This video card is rated for a maximum heat envelope of 220W by default. Admittedly, actual power consumption is indeed expected to be several tens of watts higher for moments of winking effort. This video card requires two 8PIN power connectors from the power supply with an official recommendation to supply high quality 750W. 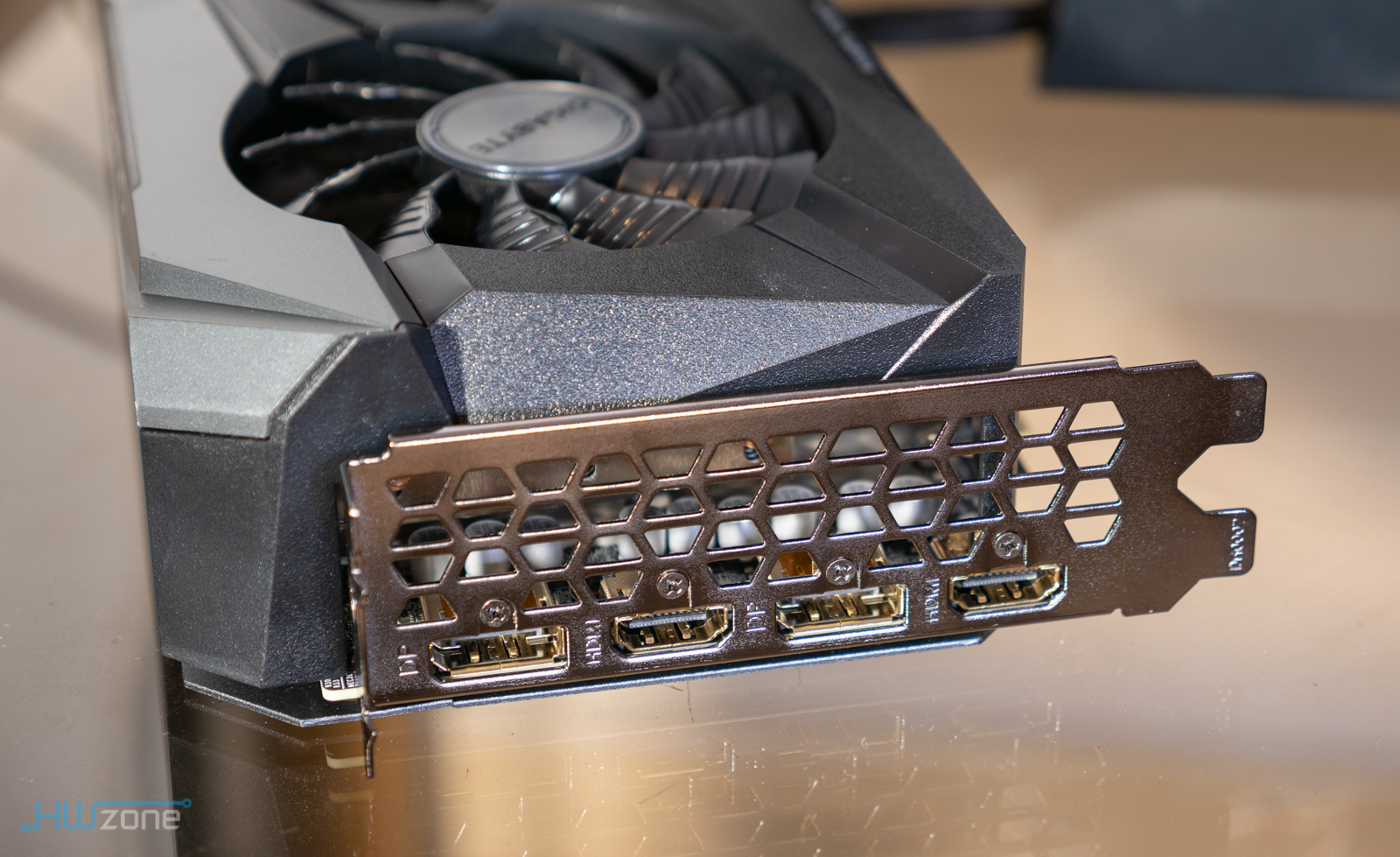 The display ports of this video card are of two types DisplayPort 1.4 and two HDMI 2.1. You can connect four monitors at once without any problem at all. HDMI 2.1 ports support monitors 8K 120Hz transmission frequency. 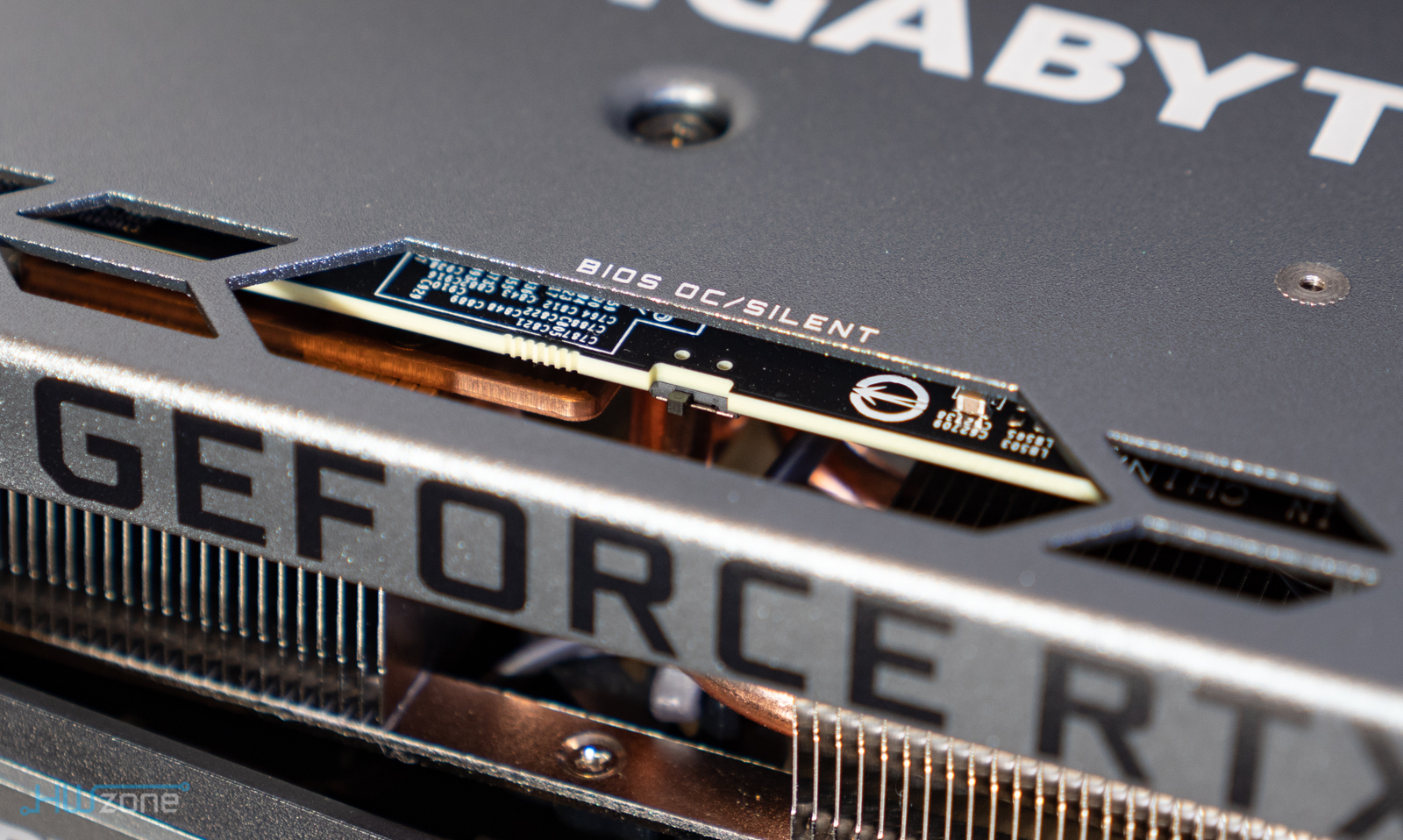 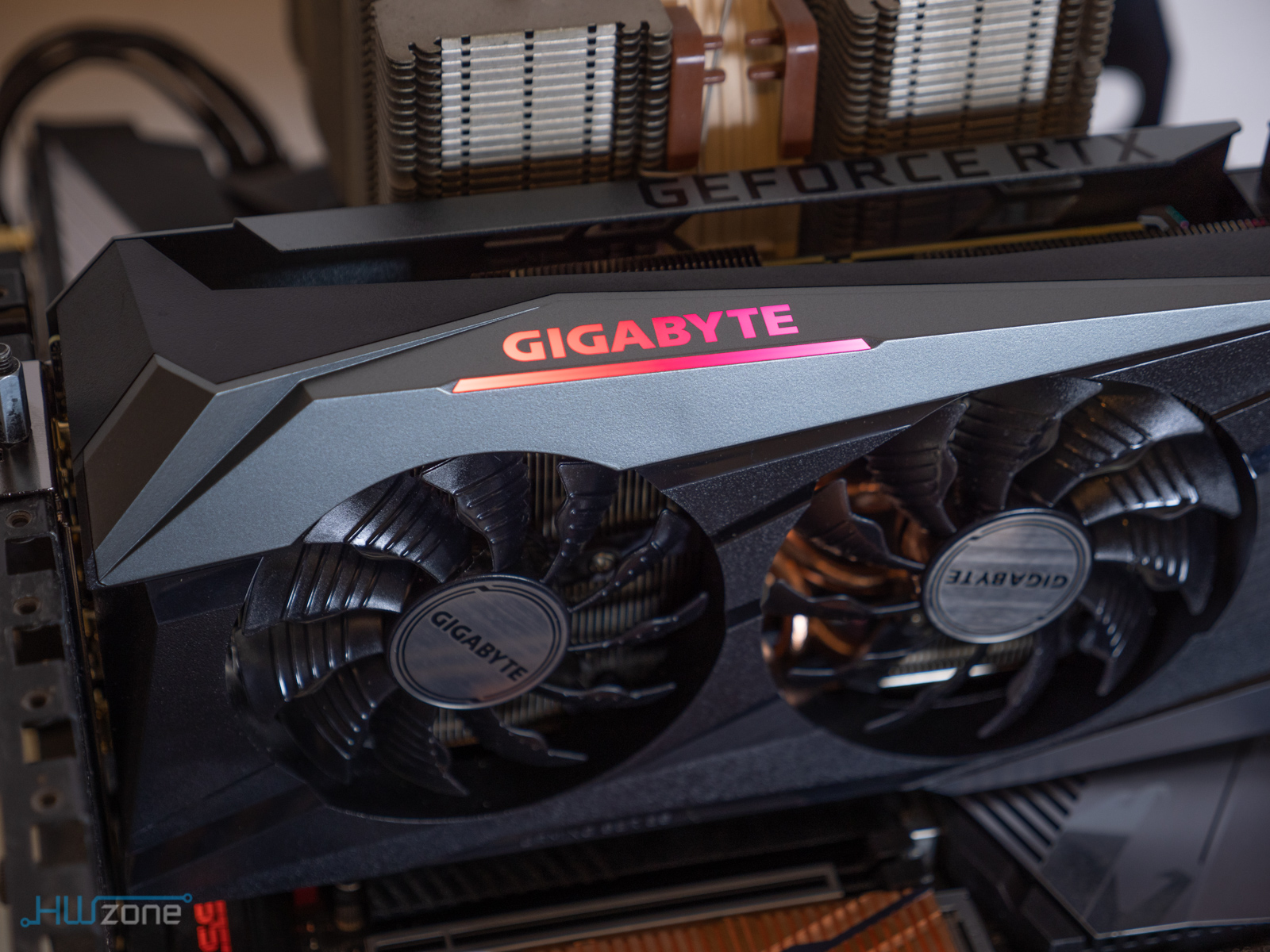 The GAMING OC 8G of GIGABYTE Also contains (how not) bulb RGB Programmatically controlled with the company logo.

In this review we will not dwell on words and will focus mainly on card performance, this is to check what the slight material change shows when it comes to game performance compared to RTX 3070 standard. Exams on the next page.