Google is gaining more and entering the router market

the mother Router The unique and unique OnHub of the giant company will revolutionize the world of home network equipment?

Google, the technology giant, announced yesterday a surprising new product - a unique router developed in partnership with the company TP-LINK.

Router, machine OnHub, Supports the standard 802.11ac And is categorized asAC1900. It includes no less than 13 separate antennas and simultaneously supports both 2.4Ghz and frequency 5Ghz. Each frequency is assigned 6 separate antennas, with the 13th antenna designed to control and transfer the various wireless devices between the two frequencies.

The OnHub's cylindrical shape and the amount of antennas are somewhat reminiscent of the On-DIR-645, Which I have reviewed in the past, which also included a large number of antennas.

Although Google did not elaborate on the reason for the abnormal amount of antennas, they presumably support a particular Beam Forming mechanism that allows the intensity of the transmission to be targeted in a particular direction. This way you can achieve a wider range of operation and support for multiple wireless devices at the same time. 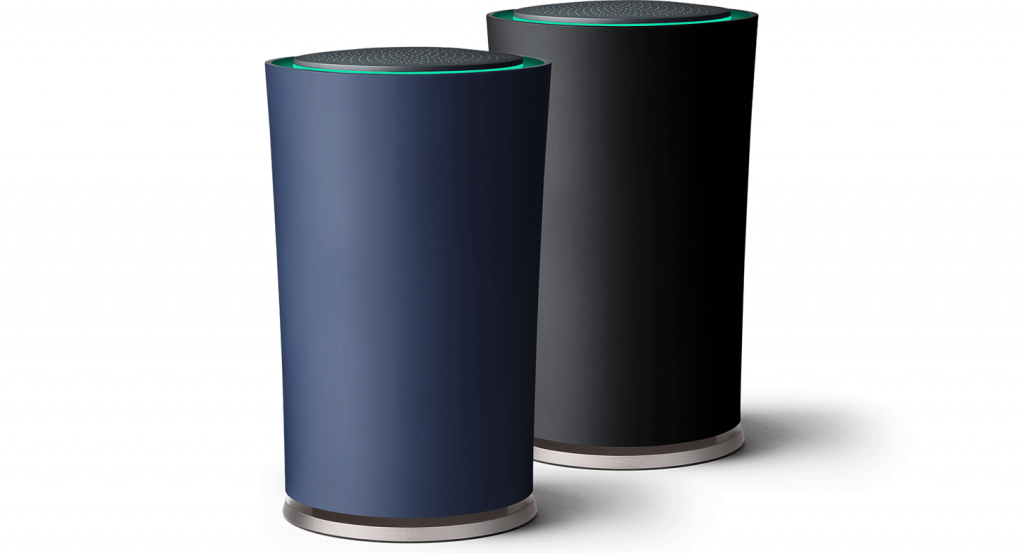 The router, based on the company's quad-core processor (APQ8064) Qualcomm Operating at 1.4Ghz, it introduces a number of other unique features. It includes a speaker radio Interface Bluetooth And at the top you can find a LED ring that provides backlighting.

It also supports technology ZigBee Which enables narrow-band wireless communication designed to support "smart home" applications. In addition to all these, it also includes one entry in the interface USB 3.0.

In contrast to its advanced features, the router has very few wired ports - it has one WAN port and only one LAN port, operating at 1G speed. The small number of ports indicates that Google is targeting it primarily for wireless communication.

As part of this direction, Google ensures that, unlike other routers based on complex menus, the router's definition can also be implemented through a dedicated application called the Google On App Designed for wireless devices.

The router, which comes in two colors - blue and black - can be ordered now at a cost of $ 200 through the store of Google (And a wide range of distribution channels) and will be provided to customers starting with 31.8.2015.

Google has also hinted that OnHub is not its only router product and that it will soon announce another product, ASUS.

The OnHub is another building block in Tireless's effort Google Fight and simplify the Internet for all citizens of the world.

It is another tier in the chain of other projects of the company as Loon, Which provides Internet through balloons, andGoogle Fiber Which provides אינטרנט At 1G speeds in a number of U.S. city centers.