After a wait that looks like eternity, the first 7 nanometer processors come into existence with Ryzne 7 3700X and the octagonal cores,RYZEN 9 3900X The dreaded 12 processing cores. Let's discover their real strength against competitors!

The Great Day Of AMD has come. Today the chip developer is officially launching a new and fresh series of processors for which many have waited a long time, with the promise of high performance being there from the start. When an AM4 chassis was launched AMD And my employers RYZEN In the first place, they have been hit by the fact that home users can finally benefit from 8 processors at fair prices.

Then with the Ryzen 2000 series, gaming capabilities were improved a bit and the need for a processor that could do almost everything was fully realized. Now, with the improved production process of 7 nanometer factory TSMC And a host of architectural improvements RYZEN 3000 comes into being when it is stronger, more diverse and more competitive than ever.

All these processors are suitable for motherboards with a bracket AM4 Except the A320 chipset. Of course, it is important to consult about a specific model and its compatibility if necessary. 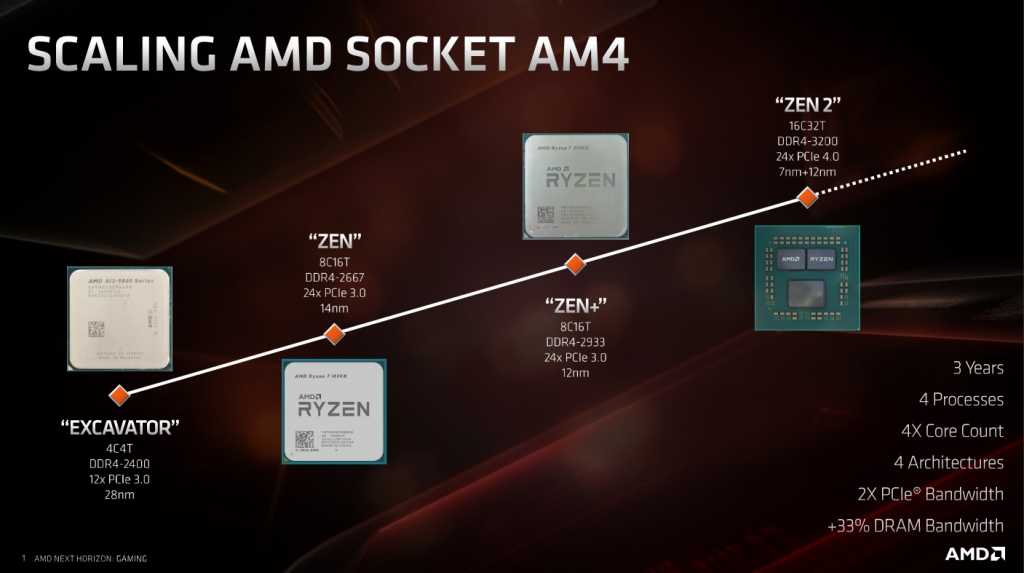 CPUsZen 2, orRYZEN 3000 come with a host of new motherboards based on the chipset X570. Of course, that does not mean that you have to board X570 New to use these processors. All you need to do is update the BIOS of the previous panel after making sure that it fits into the desired processor and install it on the board. 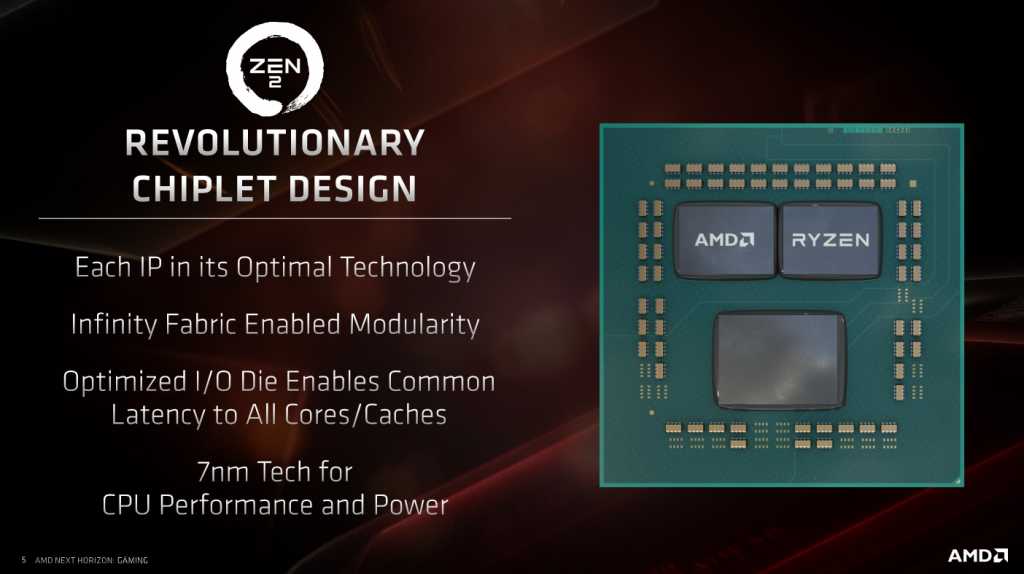 The way the Ryzen 3000 processors are based on Zen 2 is quite innovative and different from anything we have seen to date in the world of processors. Each such processor has a silicon unit which is the IO controller, or if you want you can even call it a "northern bridge" similar to what we knew until a few years ago. Attached to the same controller are the kosher processing cores. Each silicon of processing units contains up to eight cores. For processors RYZEN 3000 most powerful sample RYZEN 9 3950X has 16 processing cores and is actually the full potential of this technology in the current socket. 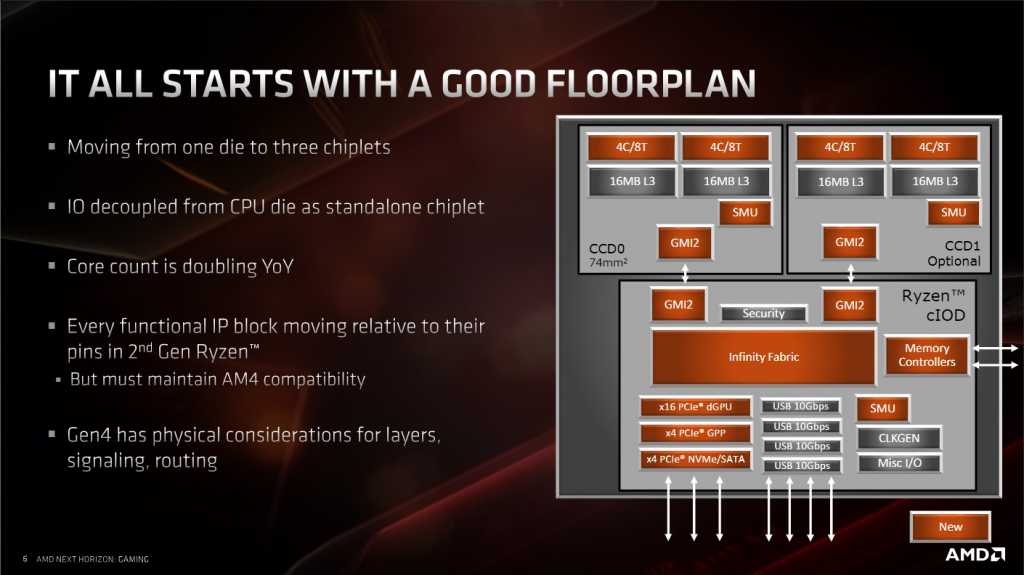 In processors such as the Ryzen 9 3900X, such as the one in the control, the number of cores is 12, so 3 from 4 cores work in each cores unit in this processor. all זיכרון The cache remains in full volume.

B-RYZEN 7 3700X which is a processor that has 8 cores turned off in one whole cores unit. 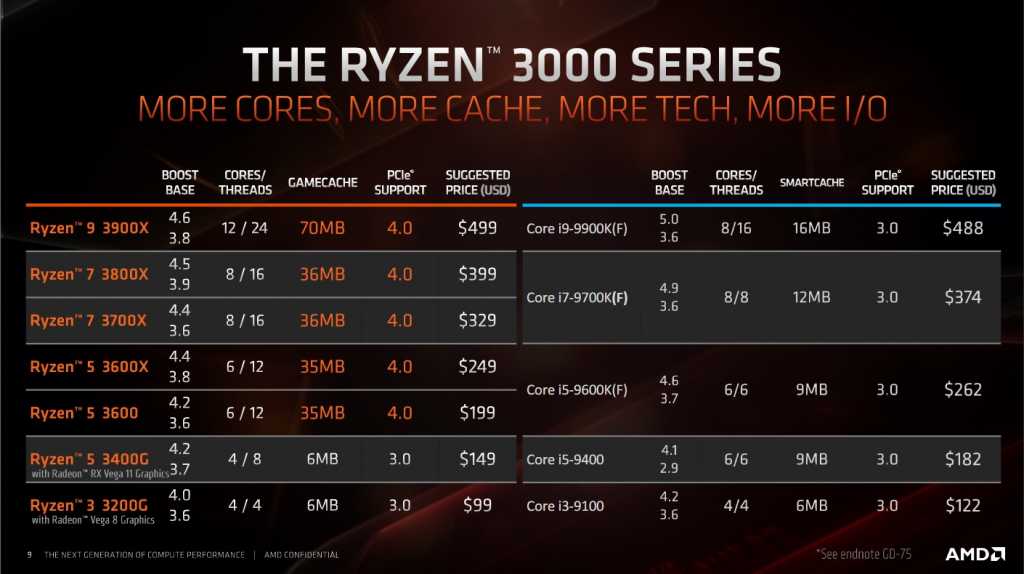 Here you can see all the processors that go out into the world today. The series begins with the APU processors that contain 3400G and 3200G graphics cores, and continues with the six-core 3600 and 3600X processors, which are octagonal to the new flagship. For now, the Ryzne 3700 3800X has 9 cores Processing.

The prices of the new models are similar to those of the Ryzen 2000 series when they came out last year. Of course since the prices of Ryzen 2000 are in steady decline, but so too Processors These are expected to come in the coming months. 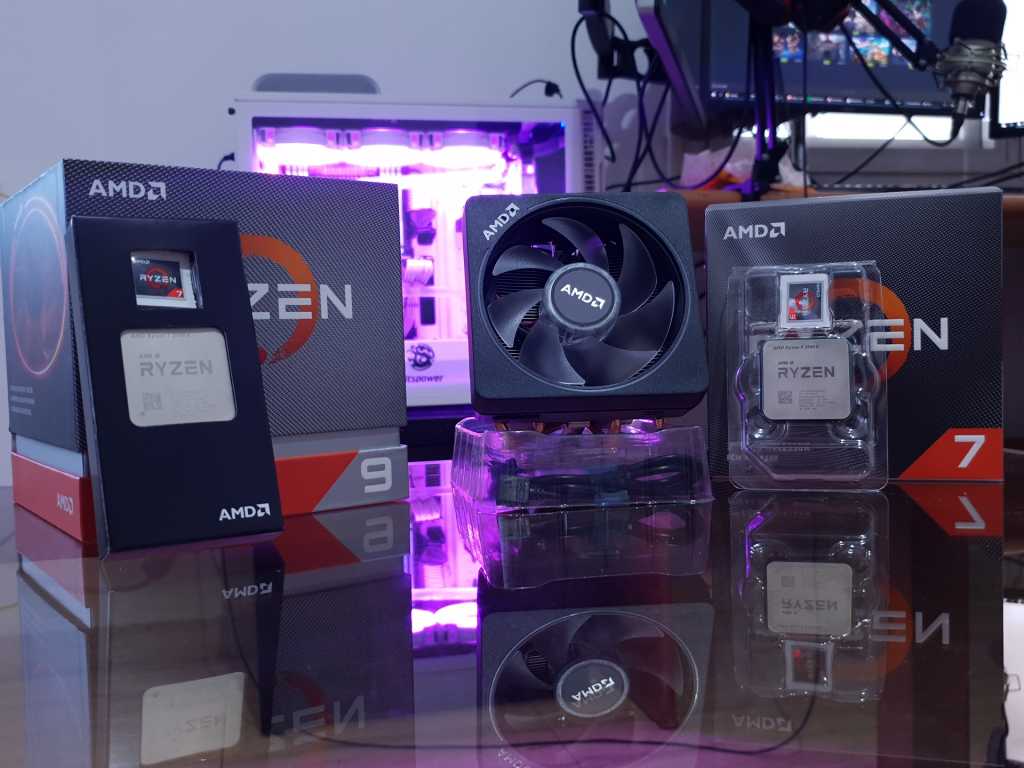 In this review we focus on the Ryzen 7 3700X and Ryzen 9 3900X. Their direct competition is theCore i7 8700K andCore i9 9900K respectively. It is important to understand that there are a huge number of uses for desktop processors, but we chose mainly to focus on gaming and some productivity. Of course, when time limits are the main factor in producing these performance tests, we cover more areas and topics to make sure you have the full picture. 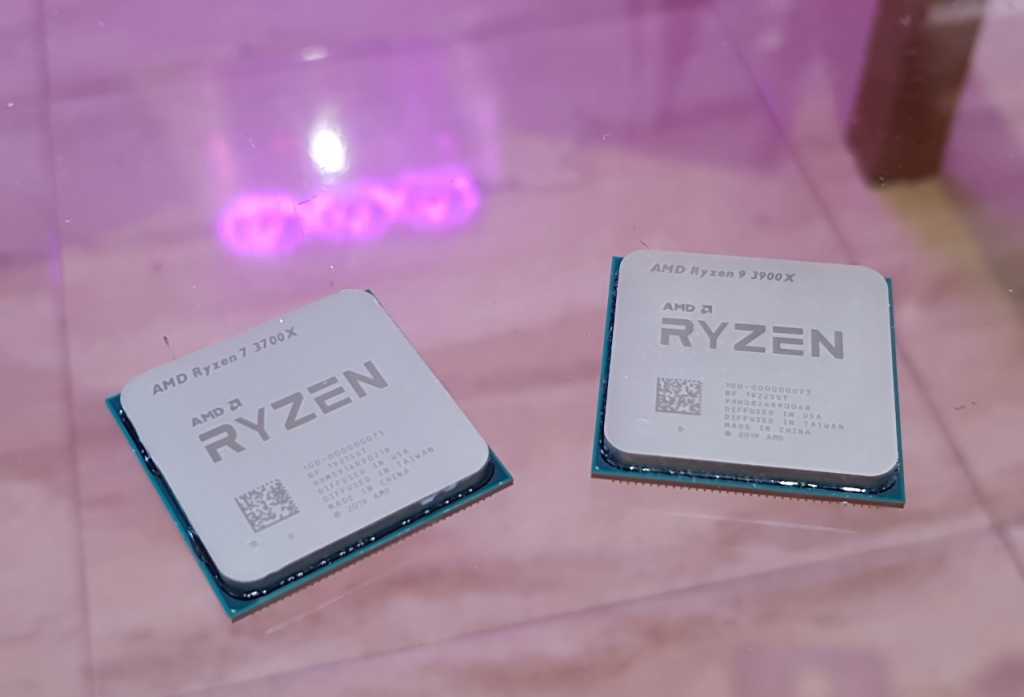 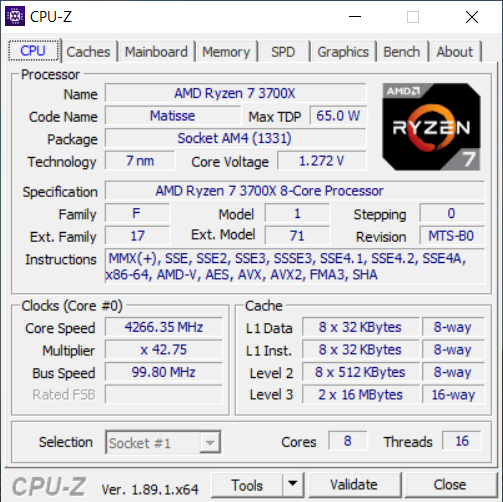 The Ryzen 7 3700X is a processor with 8 cores in a heat envelope of 65W. The typical operation frequency of this processor can reach up to 4,300Mhz when at maximum effort for all cores it is located in the 4,000Mhz region. The processor has a respectable amount of 32MB זיכרון Third-level cache and 4MB cache זיכרון Second level cache.

This processor has a relatively low heat envelope of 65W but it comes with Cooling Copper Wraith Prism is also suitable for 105W processors. This is a very respectable addition that actually creates a processor in which a body is packed Cooling That there is no need to upgrade even to perform Overclocking Correctly.

The price tag for the Ryzen 7 3700X is $ 329, which is similar to the processor Core i7 8700K also tested in the review. Of course the advantages are obvious as the addition of 2 processing cores and significantly lower heat emission. This price is similar to the price at which theRYZEN 7 2700X last year, when it is already at a price level of about $ 255 only. 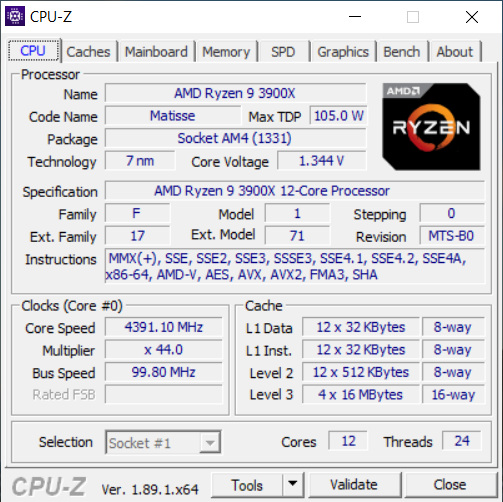 This processor has a heat shell of 105W and its operating frequency ranges from 3,800Mhz to 4,600Mhz in an effort, depending on the heat emission and the type of effort to the number of cores.

The built-in acceleration algorithm, Precision Boost 2, makes sure that the fewer threads you have to perform, the faster it will be.

The price tag for this processor is $ 499, and it competes directly with 9K's Core i9900 Intel. Of course, the addition of 50% cores to the competitor has positive effects and I believe that in the productivity tests in the audit it seems. The heat sink that comes in the 3900X package is the Wraith Prism as well. 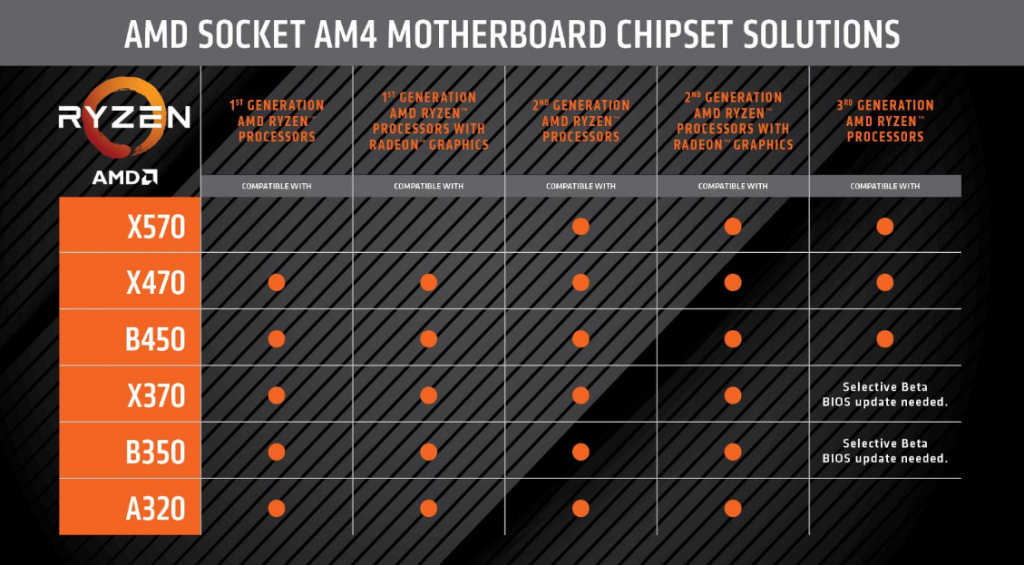 Here is the compatibility table between chipsets and processors. For anyone who would like to purchase an X570 board, note that the first-generation Ryzen processors are not officially supported in this chip set. The vast majority of the X370 and B350 panels support the new Ryzen 3000 processors, note the updates on the product page on the site. A320 boards do not officially support processors AMD New ones.

Now it's time to move on to the meat and potatoes of the review - the performance tests!