Half of the price at Intel: The cheapest Threadripper in the second generation lands in stores

The 2920X model has an 12 AMD Has received flattering reviews on the network, with the new 2970WX 24 kernel and a new operating mode called Dynamic Local Mode

As promised, the beginning of November brought with it the launch of the pair of remaining HEDT models AMD Within the framework of the "Threadripper The second - 12 cores and 24 processing cores, which will join 16 cores and 32 cores sold in stores in the last two months and provide a solution for gaming enthusiasts as well as professionals who are interested in many cores but also at as reasonable a price as possible.

For most consumers, chip God-Threadripper 2920X is expected to be the most interesting news - with 12 physical cores and another 12 logical cores thanks to SMT technology with a working frequency of between 3.5GHz and 4.3GHz and especially at a price of $ 650 "only", the lowest official price ever for a processor with a number of cores Such a big one.

It is worth noting that the predecessor of the 2920X, the Threadripper 1920X, which also has 12 processing cores, managed to fall to practical market prices of only 450 and even $ 400 in the past year since it was officially introduced, allowing it to provide very significant competition and challenge for the new generation. But those who want to enjoy the performance improvements of theZen Plus and the 12 nanometer production process, as well as the advantages of shortened stay times between the Zeppelin subunits that make up the processor will probably prefer to invest the difference required for the fresh generation.

The struggle between Threadripper generations is interesting, but what is even more interesting and impressive is the success of the AMD In cutting the parallel models from Intel - the Threadripper 2920X offers almost identical performance to those of the Core i7-7820X which also has 12 cores (with differences of up to ten percent in favor of Intel in extreme cases, but also advantages for the product of AMD In some situations), almost half the price: $ 650 compared to $ 1,190, without mentioning the fact that Intel currently does not have a true parallel for the ThreadRipper 2970WX outside the X-Xeon (With prices greater than 4,000 for the same amount of processing units).

Along with the new models, which are already available for purchase in several online stores abroad and in a number of locations in the country, AMD Has officially launched its new Dynamic Local Mode mode, which is supposed to help its most advanced WX processors, which use all four Zeppelin units that internally make up theThreadripper, Display maximum performance in all uses and applications without encountering a bottleneck of dynamic memory.

The extraordinary structure of the HEDT processors AMD This means that not all cores in the processor are identical in their capabilities - half of the cores enjoy direct access to memory while half of them can communicate with the memory only through neighboring Zeppelin units based on the internal Infinity Fabric array in the processor, so in an operating system unaware of the consequences. Minimal delays in accessing the memory controller may find themselves operating based on remote cores, and suffer from reduced performance as a result. 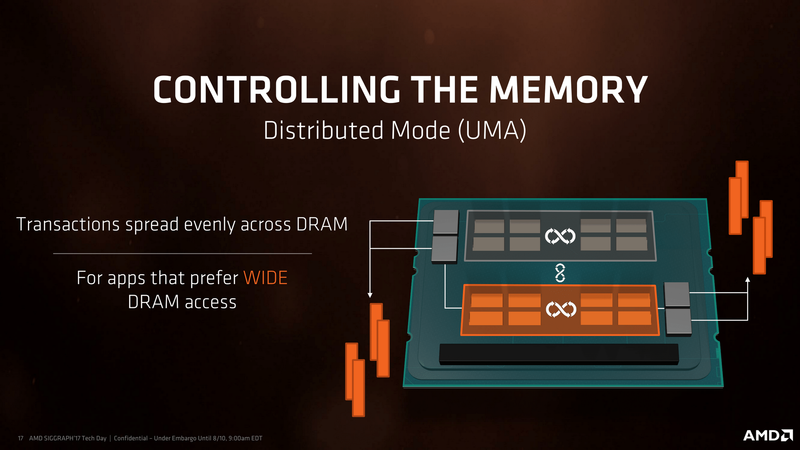 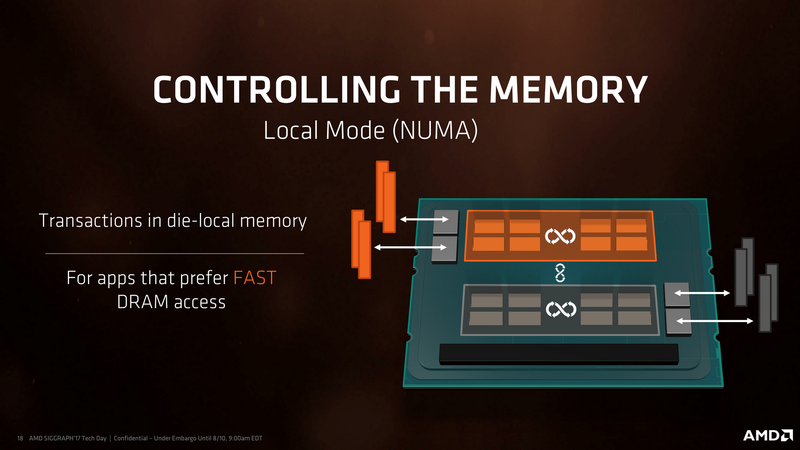 DLM is an application in the operating system (and in the future should become a built-in capability of the systems' chipset) that tests the other applications and software in the system and helps them adjust the relevant processing cores according to their DRAM access scope - to potentially improve up to 20 percent performance in games and tests The synthetics.

If this technique does work properly, it may be a worthy comeback for the red-chip chip developer Intel, Which tends to remind everyone that EPYC and Threadripper products are actually some small chips "glued" together, compared to the unified and symmetrical chips it offers on the Xeon and Threadripper lines.Core-X (at least until the next generationCascade Lake-X, Which we suddenly discovered would adopt a very similar trend for receiving 48 processing cores).