These days, the various computer stores are starting to fill up with a lot of processors Intel The newest of the XNUMXth generation series. Processors Starting from-Core simple i3 10100 to Core The most advanced i9 10900K becomes available for users to purchase and use after a launch that looks slightly better than its previous launches over the past two years.

Along with these new processors, a new LGA1200 is also available in the world, which is suitable for the tenth generation, and will also fit the next generation. The four chip sets that accompany this bracket are H410, B460, H470 and Z490 with the Z490 being the only one The fast In the form of raising frequency multiples for open processors (Symbol K). 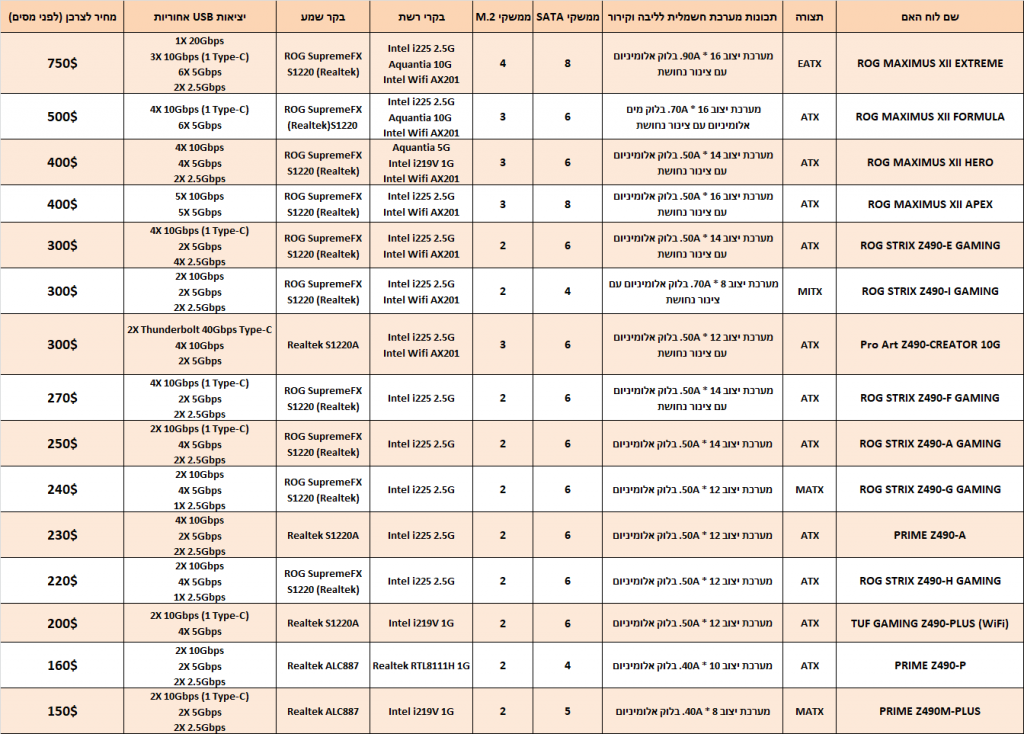 This is what the Asus product line for the Z490 chipset looks like, with the TUF GAMING Z490-PLUS being the only one to belong to the TUF series (RT The Ultimate Force). The specific version in this review is one that also contains a card Wi-Fi AX201 standard. There is a difference of 50 shekels between the models with the recommended price for the cardWi-Fi The inside is NIS 999. 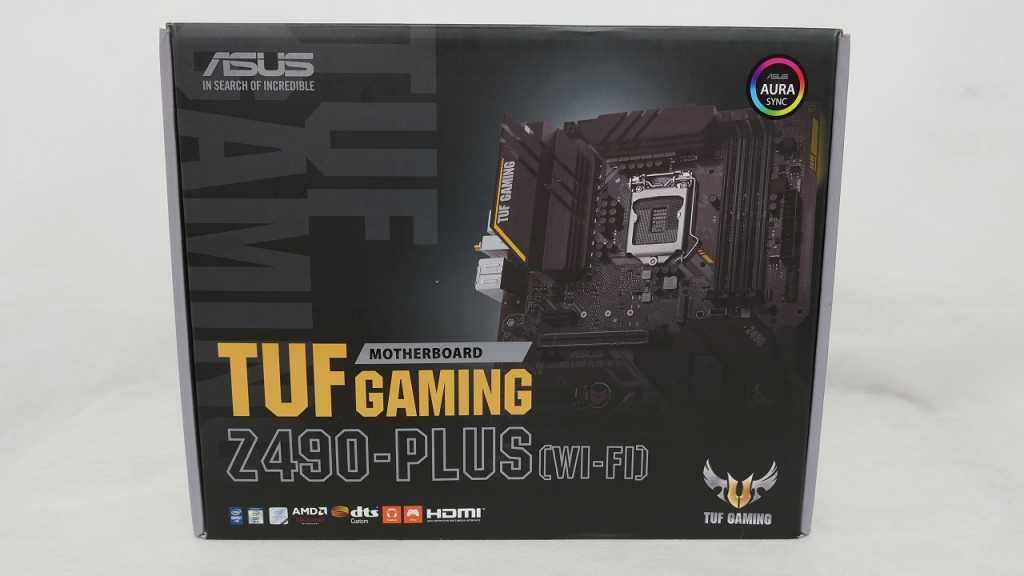 The Asus TUF series started out as a parallel series to their ROG, alongside flagships. The mantra was to use ROGs but get a different color layer, and maybe even my body Cooling More serious. After all, a military theme must symbolize something like that.

Over the years since she introduced Asus The TUF, products that carry the branding have become increasingly simple, to the point where we are today, where the TUF series is under the STRIX and ROG gaming series in particular. Naturally Z490 boards are quite expensive, how in a series of Asus The only TUF board that exists today is actually considered one of the cheapest in the bunch, not a board if a thousand shekels is a cheap thing in general, yes… 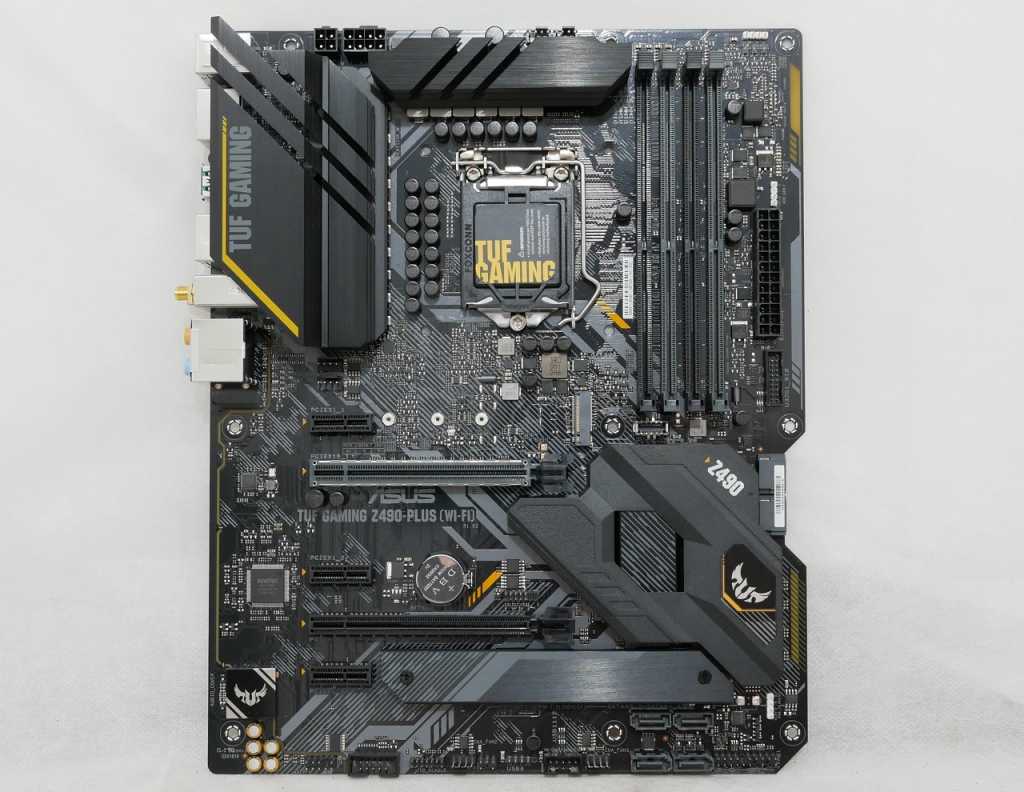 The Z490 TUF GAMING-PLUS is a standard ATX motherboard. It has four memory slots of its kind DDR4 For a maximum volume of 128GB. It will fit in any package that includes support for theATX. 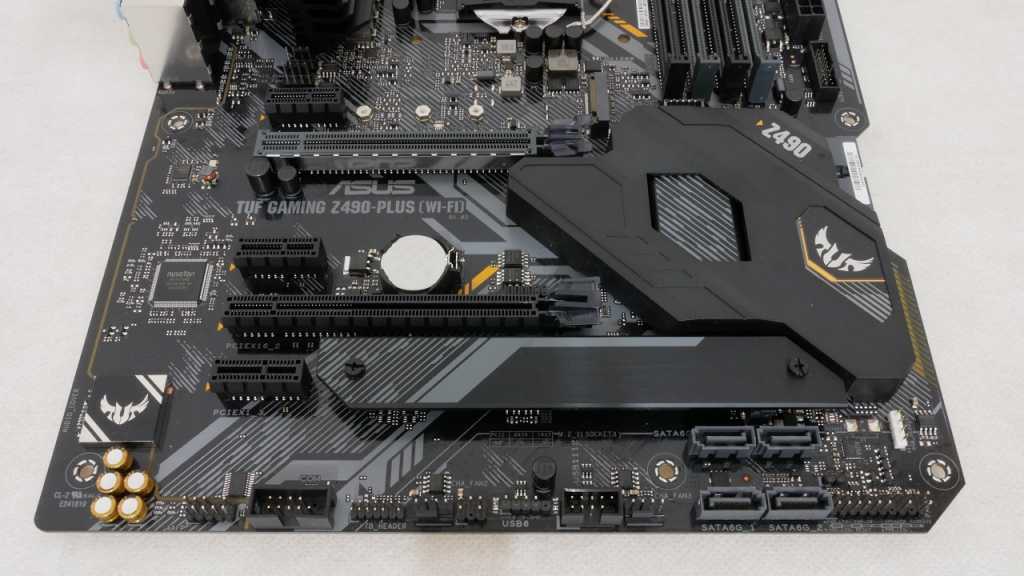 Arranging the expansion interfaces on this motherboard is good, almost perfect. A top PCIEX1 interface is excellent for any average expansion card that will not block the graphics card interface. There is a reasonable margin up to other interfaces, how there is no use of the space underneath. The lower PCIEX16 interface runs at a speed of only X4. This means that a tablet if it does not support SLI technology NVIDIA For integrating video cards, but only CrossFireX's AMD Allowing for slower X4 traffic to the second card.

It is important to note that the lower interface of the PCIEX16 along with the small X1 interfaces, their traffic comes from the chipset and is standard 3.0. In principle, the top-level interface of the video card is in this standard as well, but is expected to upgrade to standard 4.0 when the next generation processors arrive in the future.

There are two M.2 interfaces in this motherboard, with one interface under the processor, the other under the horizontal cover in the image, also used as a body Cooling. 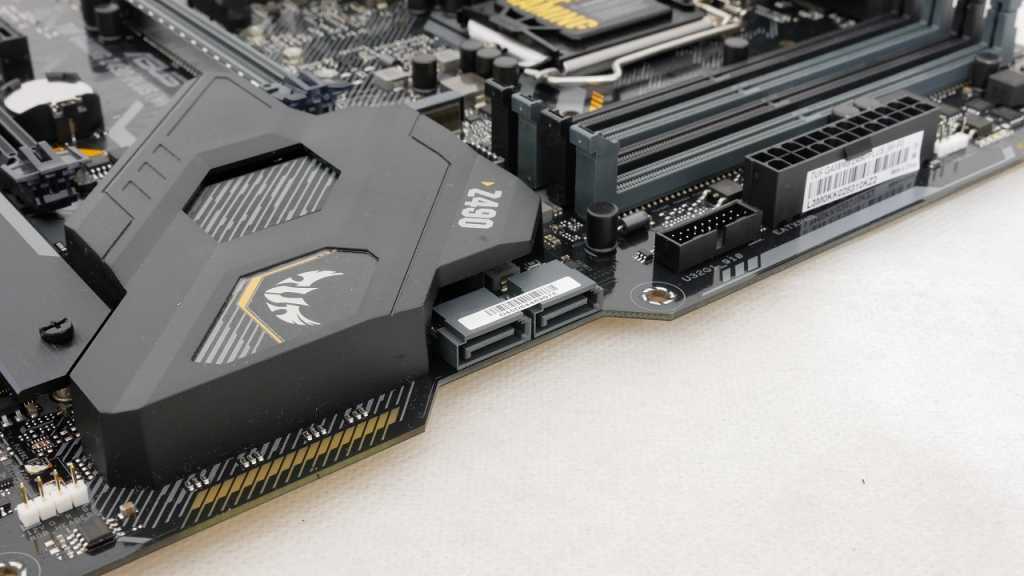 Among the six SATA interfaces on the motherboard, two are at a 90-degree angle using a design method I actually like. there are Enclosures Slightly dense wiring of SATA cables which leaves little bitter taste. Using angle connectors that easily transfer cables to the back of the chassis is something I think many other motherboards need to adopt as well. 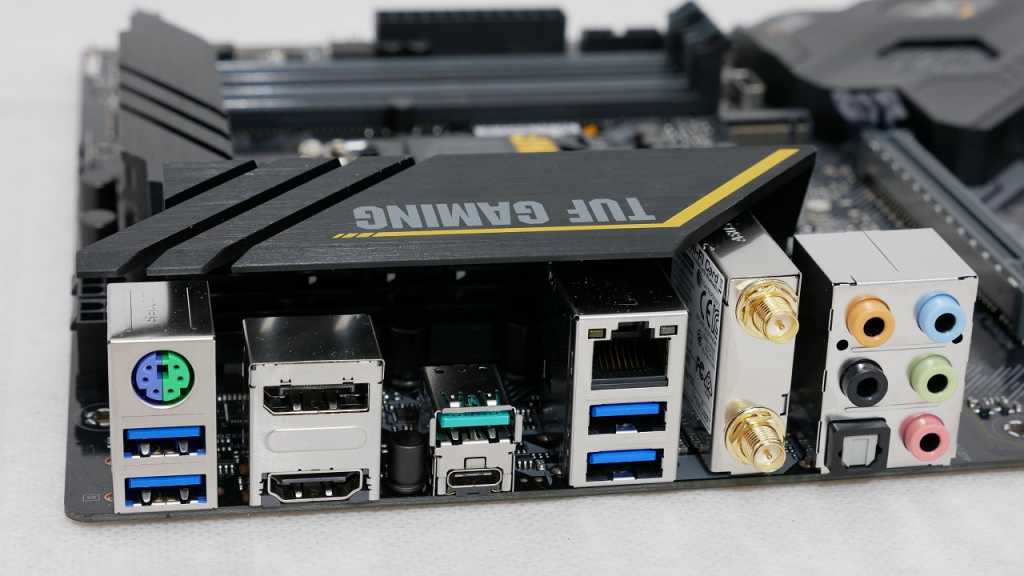 On the back of the motherboard, and in the part you find on the back of the chassis if the motherboard is installed, a fairly standard set of interfaces can be found. There are HDMI and DisplayPort for use in the built-in graphics core if you do not want to use a dedicated video card. There are four USB ports at 5Gbps and two at 10Gbps with one being Type-C. In addition, there is an integrated PS2 keyboard and mouse connection (we will remind you in 2020), an antenna to the Wi-Fi card (which also includes Bluetooth), 7.1-channel audio interfaces, and a network cable that is connected to the controller Intel I219-V at 1Gbps speed.

There is nothing "missing" anything serious about such an array, but I constantly have to remind myself that this is a motherboard of a thousand shekels, and that we have seen slightly more meaty interface arrays at such a price level in the past. I'm not talking about Asus Specifically, but more on Z490 As a platform globally. The budget… goes here: 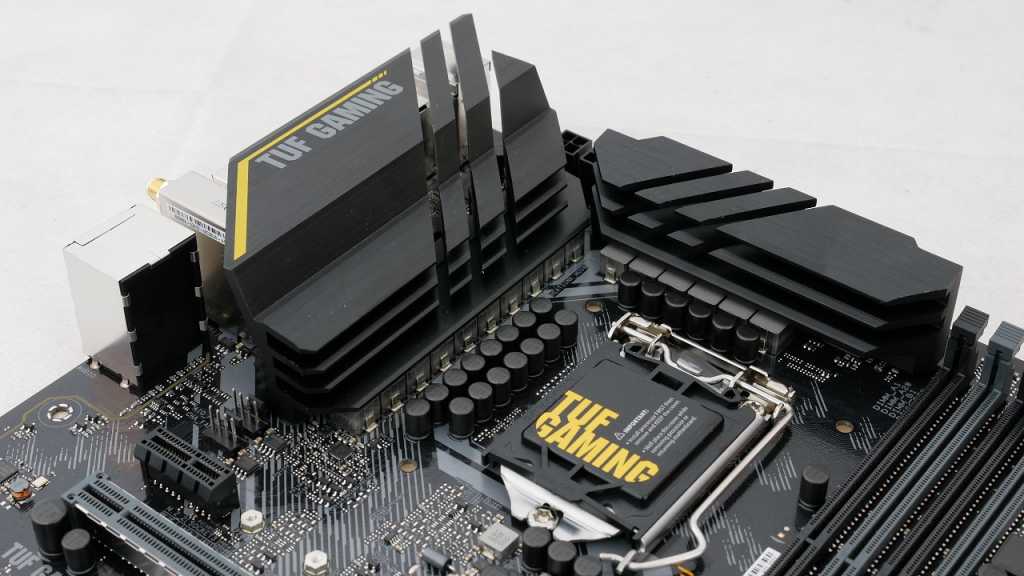 Ever since the previous residency, Asus has been very familiar with the serious power requirements of processors Intel At 14 nm. This time, with a 10-core processor, the entire platform is upgraded in terms of electrical components to provide stable, high-efficiency power to the bracket. The 12-phase Vishay SIC639 system is configured to supply power to the processor cores, each configured for a maximum current of 50A. Together, the current-to-processor capability of this motherboard is 600A. Of course Assos doesn't expect you to get that amount, but that number matters. 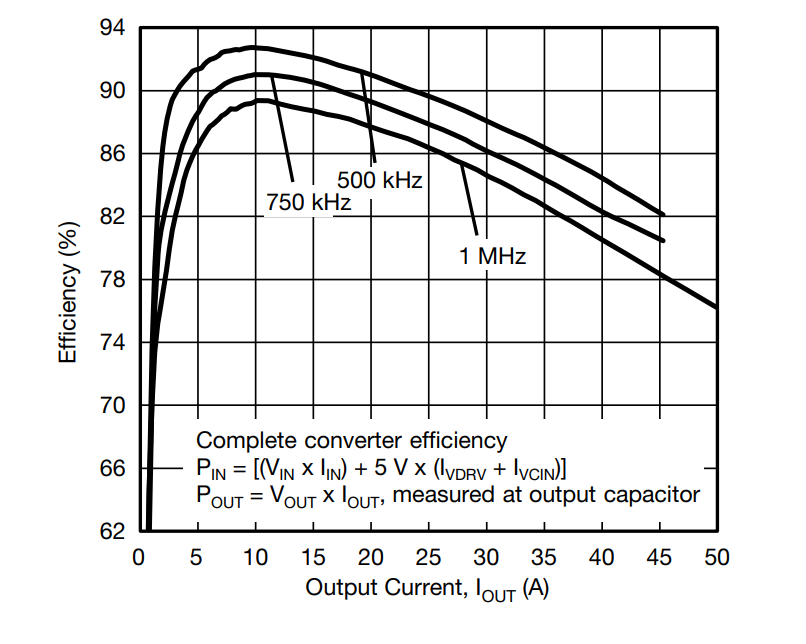 Just like regular power supplies for a computer, even in motherboards, which take 12V of power supply and converters that the processor needs to have an efficiency curve according to the current flowing through them. If they operate at a frequency of 500kHz (and most likely even less), these stabilizers' peak efficiency passes only at line 10A. Thus, if all 12 are lit with an average current of 10A for each, the amount of heat emitted from the system will be easiest to handle. In other words, the line between 120A and 240A is the one where the electrical efficiency will be the maximum, and this is the line where the bracket processors also go when consuming a processor current Core i9 10900K at maximum effort is about 180 A.

The icing on the cake is that Asus adds "excess" elements of filtration on the way to the bracket in the form of solid capacitors, and even two for each stage. This ensures that the current is clean and healthy for the processor. 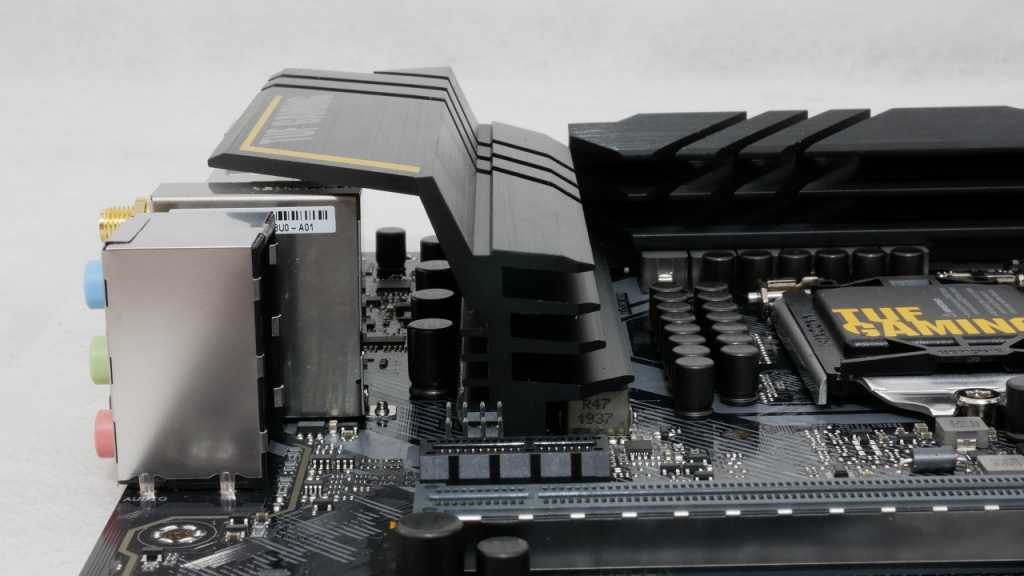 Potentially, with most processors to fit this bracket, there is no need for a serious heat sink for the voltage stabilization system. Still, there is one that I would properly define for a chore. The surface area of ​​these heat sinks is quite large and there will be no problem in cooling the system even under the speed of Core i9 10900K. 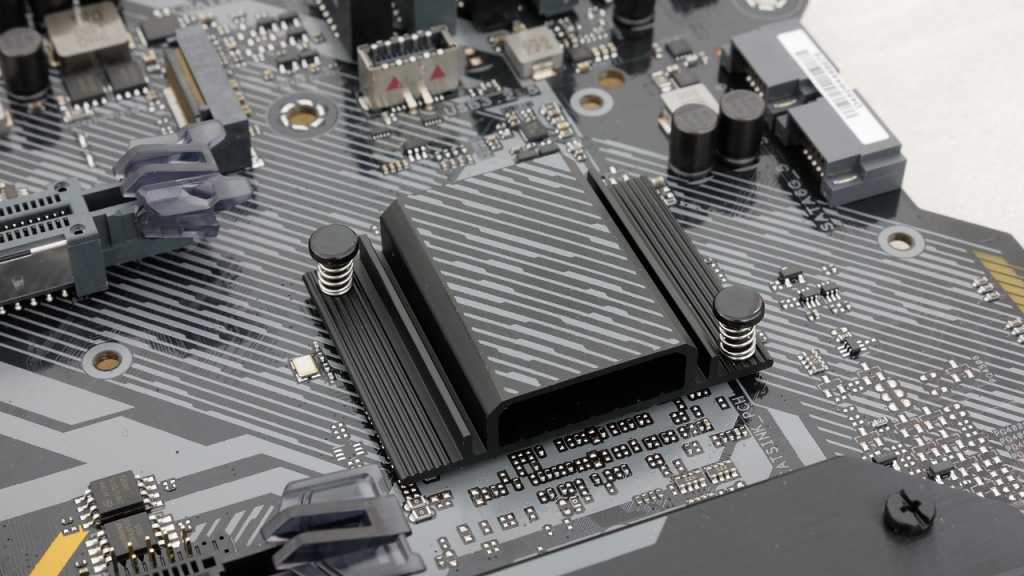 There is a small, modest heat sink beneath the fancy chipset plastic. The Z490 chipset is chip Very efficient and tiny, to the point that I wonder to myself when we will also see it swallowed up in the processor, after a decade already what was once a "northern bridge" has already been swallowed up. Another part of me explains to me that motherboard manufacturers need revenue, and that segmentation is needed for different models and that there is no excuse Motherboard Only according to components that do not rely on a model of small sting that is accompanied by enablement Overclocking Technically it is not up to him at all. 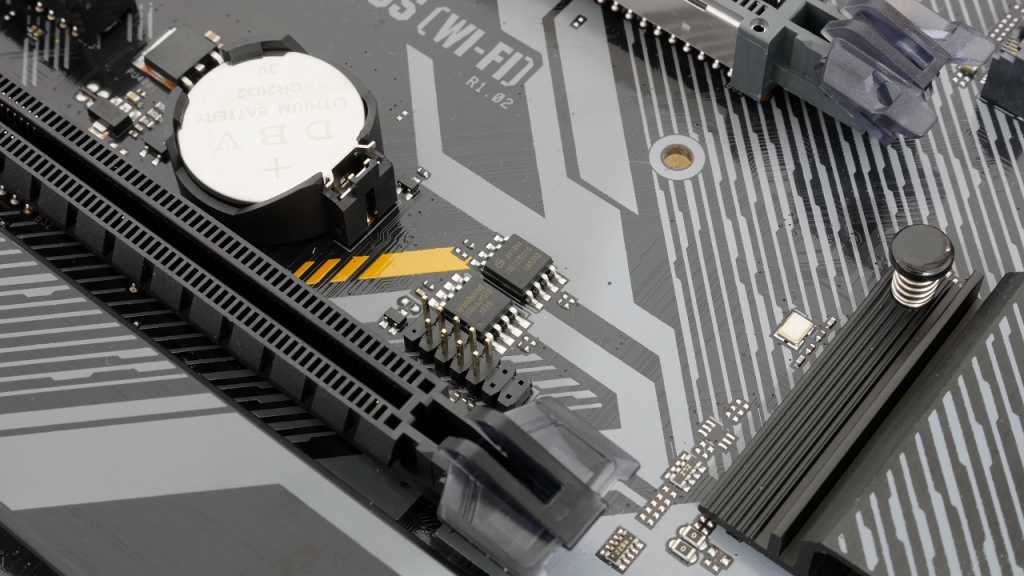 The motherboard has two bios chips, so if something unusual happens and bios course, the motherboard switches to using two. The chips are soldered to the board, and technically there is a way to program them by connecting an external burner (SPI Flasher), but there is a mechanism on the motherboard for cold burning of bios. All you need to do is connect a disc to a back port with the file and run even without a processor and memory installed and the motherboard will burn the bios to it (detailed instructions on the manufacturer's website). 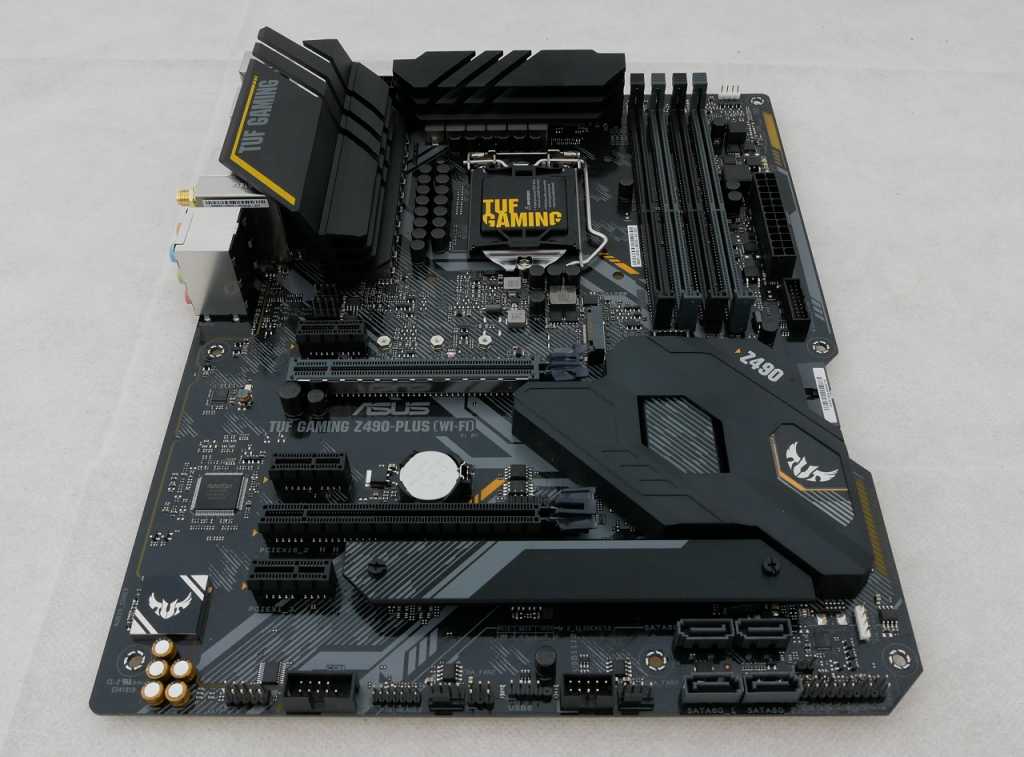 I will summarize the experience of use and the viability of this motherboard.

Quite unexpectedly and surprisingly, and based on its components, the Asus TUF Z490 GAMING-PLUS marks V in every important category used Core i9 10900K. Its cooling system does not heat up at all with a prolonged effort, the amount of interfaces it should provide to most users, and I have not encountered any weird bugs in BIOS and OS when using the effort and tests.

In general, the trend of inflated power systems at the expense of diversity of interfaces and features does little bother me. It's not something that exists in me Asus Exclusively, because all the other manufacturers are also sinning here, and I can not blame - a manufacturer that will not use a particularly advanced electrical system is one that will go through shaming. I'm afraid it may soon be with the launch of the B550 chipset for the chassis AM4Motherboard makers will have to realize that even competition between themselves will not be very simple.

Judging by its capabilities alone and compared to others with the same chipset, the TUF Z490 GAMING-PLUS is Motherboard Great, one that won't stop anyone from overclocking. It is also important to note that all interfaces and the right amount are here for the user. People may also be looking for different color schemes, even though it is Motherboard It is not particularly silly.

We have no problem at all adding this motherboard to the recommended list. The design and engineering are quite high quality, and the amount of features is sufficient. 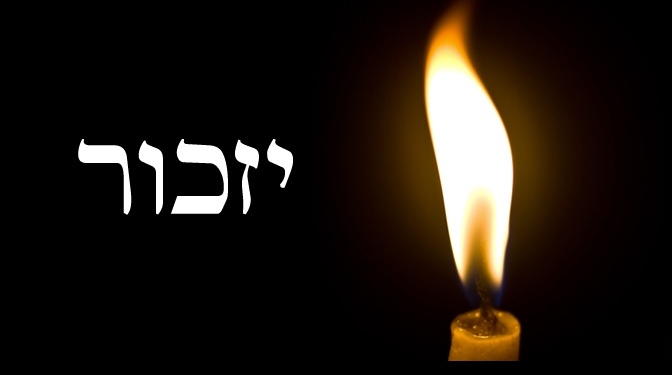 The HWzone team bows its head in memory of all those who sacrificed their lives in the war for the restoration of Israel, and in its protection, its citizens and its inhabitants