updating: The network also has additional evidence that the "Radeon RX 500X will be an easy upgrade of existing products, with no material changes except for the improvement of a few percent of the work frequencies.

In other words, this can be called rebranding the existing one - a notorious method we have often encountered in the field of graphics cards in the past. However, improving inventory levels and lowering prices that come with them will still be welcomed by the consumer audience, most likely. 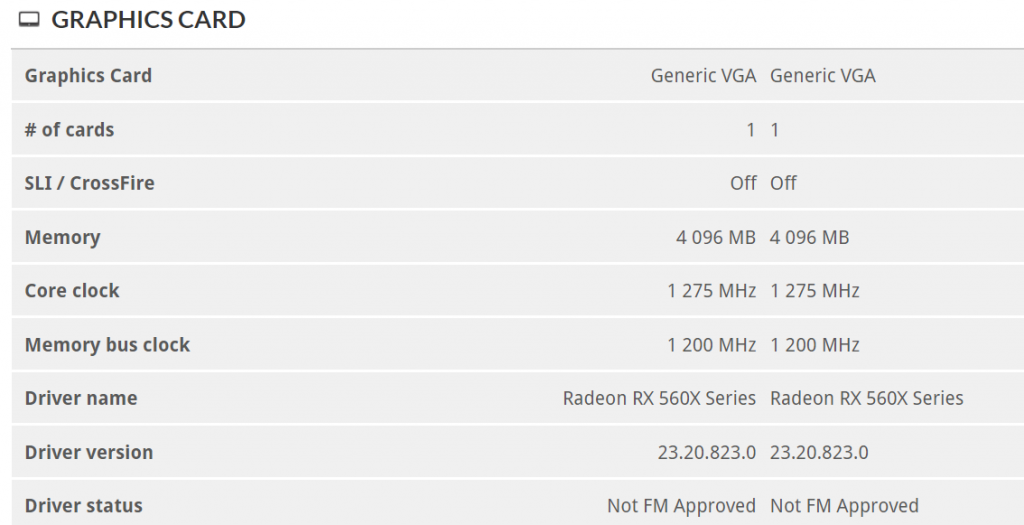 The original article: Will the next generation of chip developers offer us the "Polaris In an updated and more efficient production process

It is not surprising to assume that either AMD Plans to launch new graphics cards in 2018, despite (or perhaps because, in fact) the existing difficulty in getting existing models at a reasonable price - and now we seem to be significantly reinforcing rumors about a slightly updated mid-range product that will be nicknamed the RX500X - as successor to the modelsRadeon RX 400 andRadeon RX500 have been accompanying us in the last two years since the discovery of the C-Polaris.

The presence of the name Radeon RX500X on the official site of AMD, In the meantime with no real product under it, is a strong signal that such a brand is in the process of being prepared for public exposure during the third quarter of 2018.

It now appears that one can begin to guess and appreciate - what exactly the updated generation will offer us. The transition of AMD the production Processors Based on GlobalFoundries' fresh 12-nanometer process, it comes to the obvious conclusion that even graphics cores can move to the new lithography soon, in a way that allows for minimization, optimization and even improved performance at increased working frequencies - all within the architecturePolaris The familiar models,Vega Have gained their own unique branding and it is hard to believe that their transition to mainstream models will be marked by a family whose name is a sign of moderate and minor revision.

Polaris' transition to a more up-to-date production process, which may even offer wider output that will enable good availability of models and competitive pricing accordingly, AMD For the end of the current year and the beginning of next year - to "migrate" the architecture of theVega From a 14-nm manufacturing process to a 7-nm breakthrough manufacturing process, as an intermediate stage before launching architecture ships Completely new in 7 nanometers.

The bottom line is that we may not see a big leap in performance and capabilities AMD In the field of graphics processing in the current year - but in the situation that has arisen, it seems that even a return to the officially recommended price levels (and a little less) will constitute an important positive development - and a little more logical.