Engineer / architect / designer? Tired of carrying computers Mobile With enormous weights? The new series of HP Comes to make order with surprising design and weight for the world of workstations

In the past year, a lot has happened in the world of mobile computing, especially with the processing power we received. Intel Has advanced with its processor series for the eighth generation of the Core brand and for the first time Processors In an exceptionally low heat envelope, users can also serve significantly higher processing requirements.

Until recently, professionals like photo editors and architects had a powerful processor on their laptops and the name of the economical U series Intel Was less suitable for being a series in which all processors had 2 cores only. Recently she climbed Intel Significantly the same intensity that can be obtained under a particularly low heat envelope with a jump to 4 processing cores.

As a result, professionals today can find value and usefulness in computers Mobile Compact and extremely light. Say goodbye to the monsters 3 has made it easier to meet the new generation of ultra-compact workstations.

HP and HP are integrating forces with today's software giants such as Adobe and Autodesk. This is in order to build a machine that meets the market requirements for professional work in these programs. A machine with the ability to handle serious work for a while and not succumb to size and heat-limit limitations. Without an advanced cooling system, Processors Mobile Significantly reduce their frequency of operation.

Meet the new generation from HP 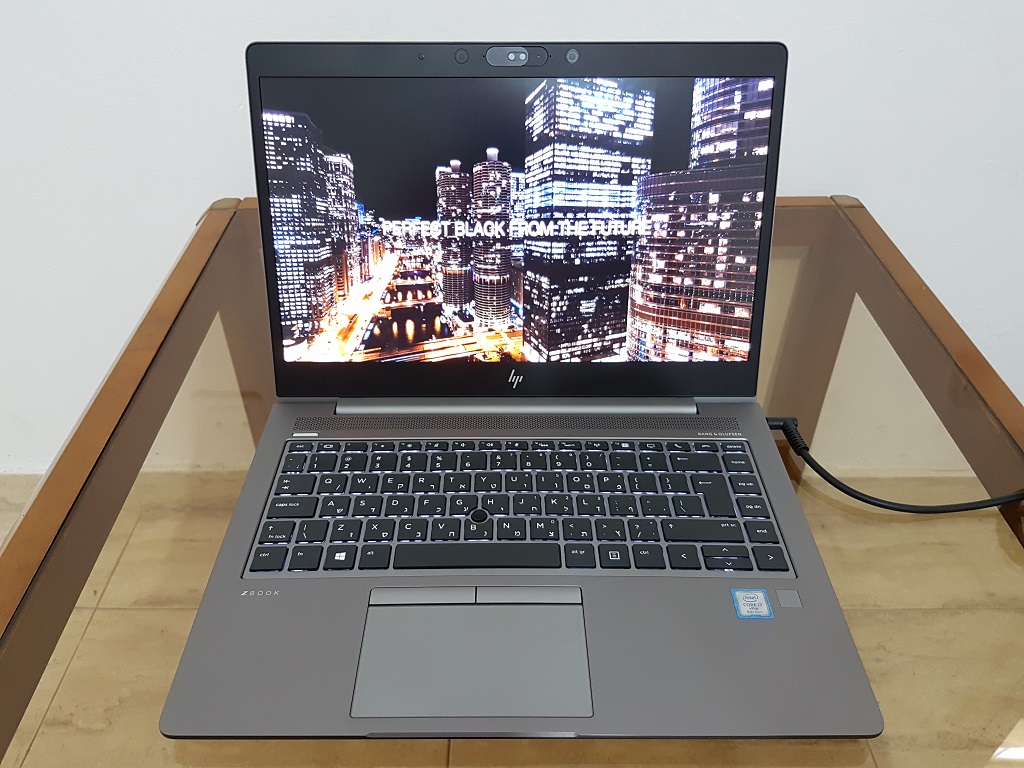 The ZBook Series HP Built entirely on the balance between weight, strength and usefulness. In this review, you will recognize the 14u from the new G5 section of HP. This is a laptop with an 14 screen and weighs only 1.48 a kilogram.

The new HP laptop is equipped with everything that creates content in ways that are needed and very little that it does not need and markets today as gimmicks on computers Mobile Many others. 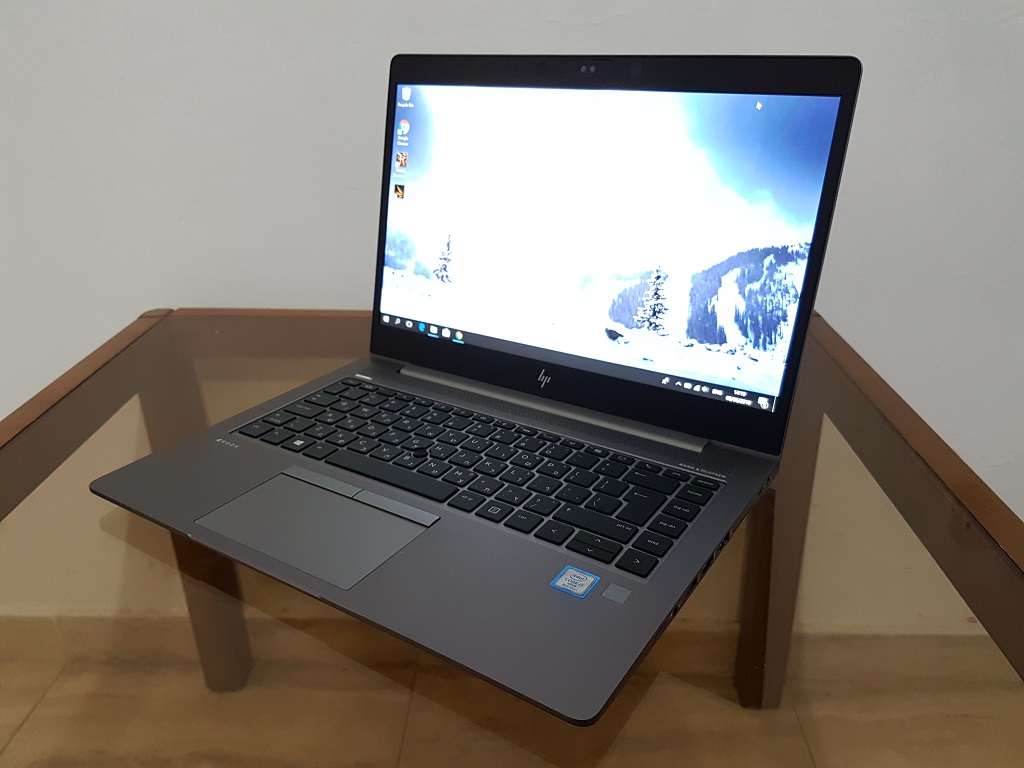 It is important to note that memory can be upgraded up to 32 gigabytes instead of 16 gigabytes.

This laptop uses minimalist and practical design for its typing area, with excellent keyboard spacing and sequencing for continuous work with keyboard shortcuts and navigation. Unlike many, HP She understands the importance of the big Hunter key. She understands that usually during continuous work the little finger will be directed to the area and will press naturally. Short enterter keys are a source of great anger among writers. 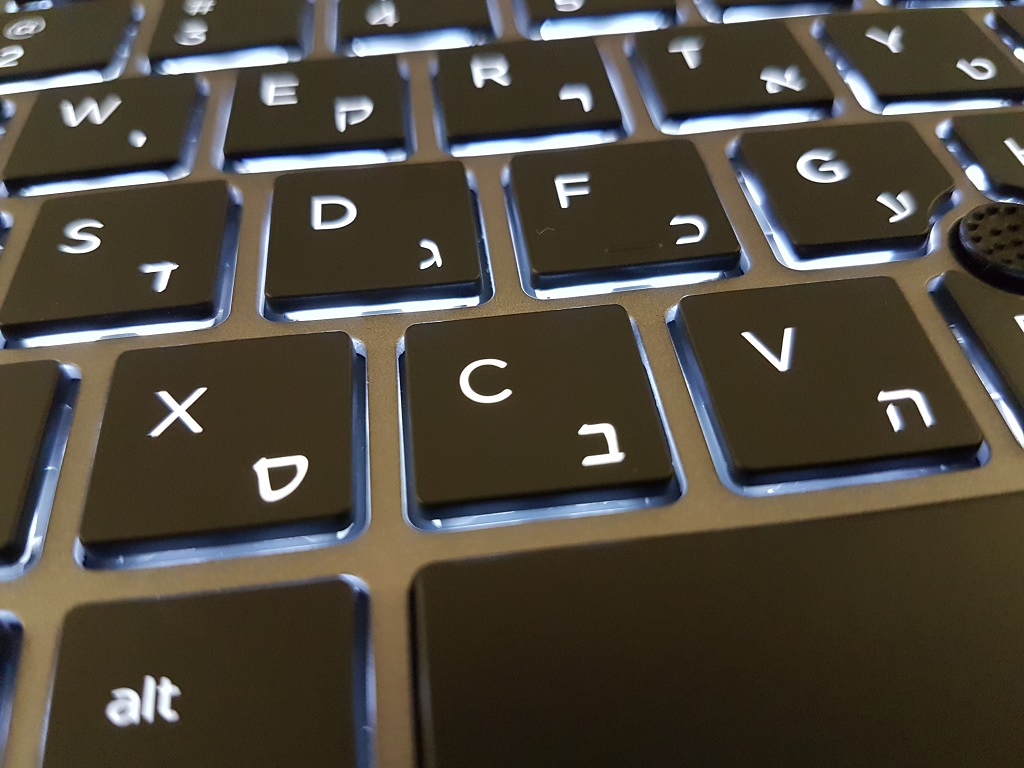 The keys are illuminated and there is a possibility to adjust between four different levels of illumination, one of which of course is the complete shutdown of the keypad lighting. The Hebrew inscription on the keyboard is as high quality as it is in English and is not scratched or decreased even using a sharp tool. At the center of the keyboard is a familiar navigation tool for many in the business market. This control button is a replacement for the touch pad under the keyboard and allows for an important feature in comfort and is working with the computer standing up. A hand in the center of the keyboard provides quick access to various keys and helps when working in the field rather than on a table. The quality of the button is great and it is as difficult as it should be to increase control even in situations where there is little movement. A button that is too sensitive will cause clicks. 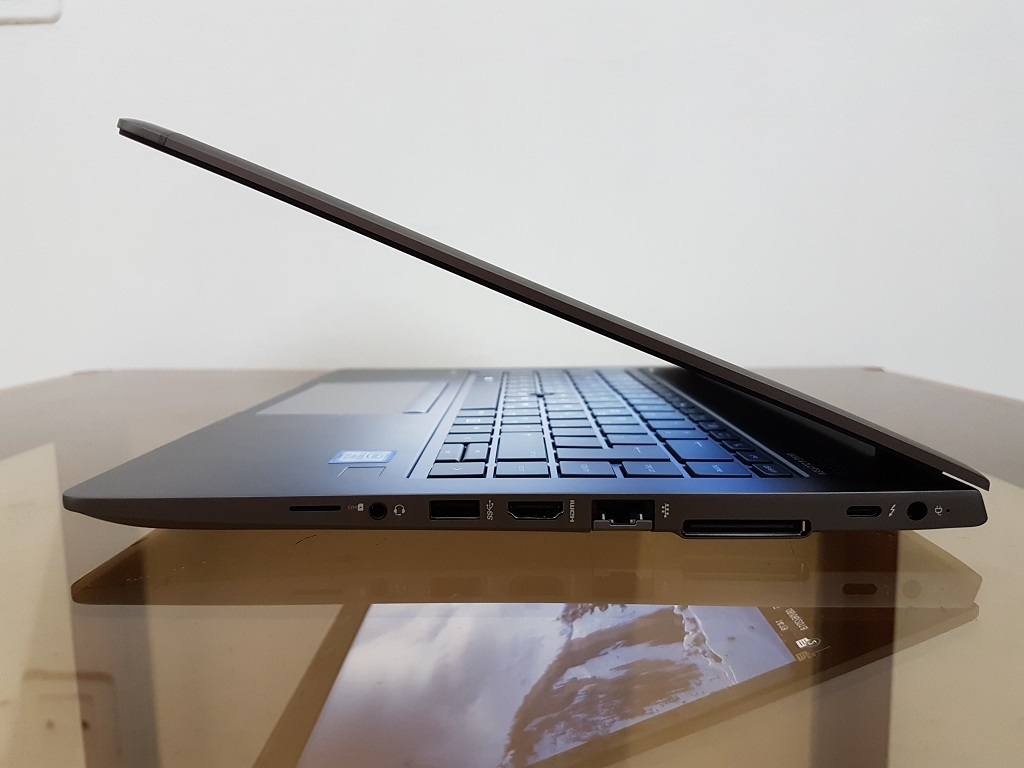 What is a mobile workstation without having interfaces? On the right side of the computer there is a connection to the charger next to a USB Type-C connection that supports the protocol Thunderbolt. This single interface enables the connection of display splitters, USB hubs and actually a whole market of dedicated products that accompany the business market. To the left of this interface, there is a dedicated interface that connects to docking stations. HP docking station includes additional screen connections in interfaces such as DisplayPort with additional USB ports and sometimes also battery To increase the life of the device until charging.

This computer has an RJ45 network port for wired Internet connection, an 2.0 HDMI port that allows for a resolution of 4k In 60 תמונות Per second and standard 3.0 USB port. On the other side there is also an integrated microphone and analog headset connection and a SIM card reader for communication אינטרנט In the third and fourth generations. Today, with the cheapest communications packages in Israel, we recommend that professionals with such a card access to the network from anywhere at high speed. 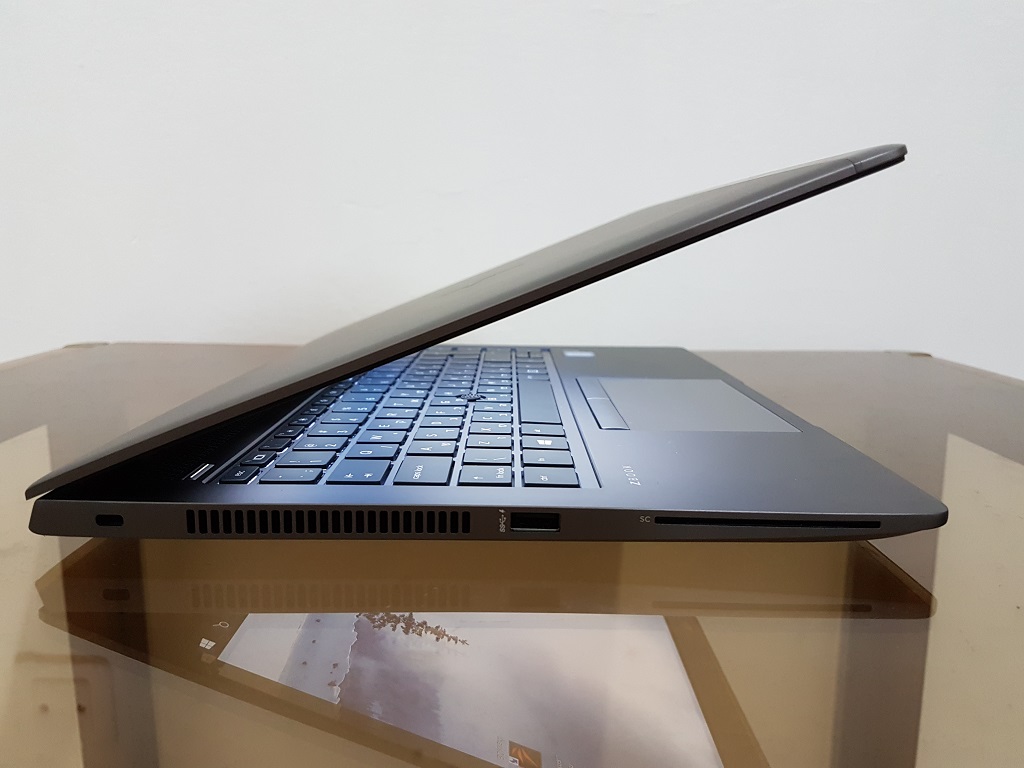 On the left side of the computer from right to left - smart card reader, interface USB An additional 3.0, cooling vents for cooling the processor and finally Kensington lock for viewing and working in a stationary position. 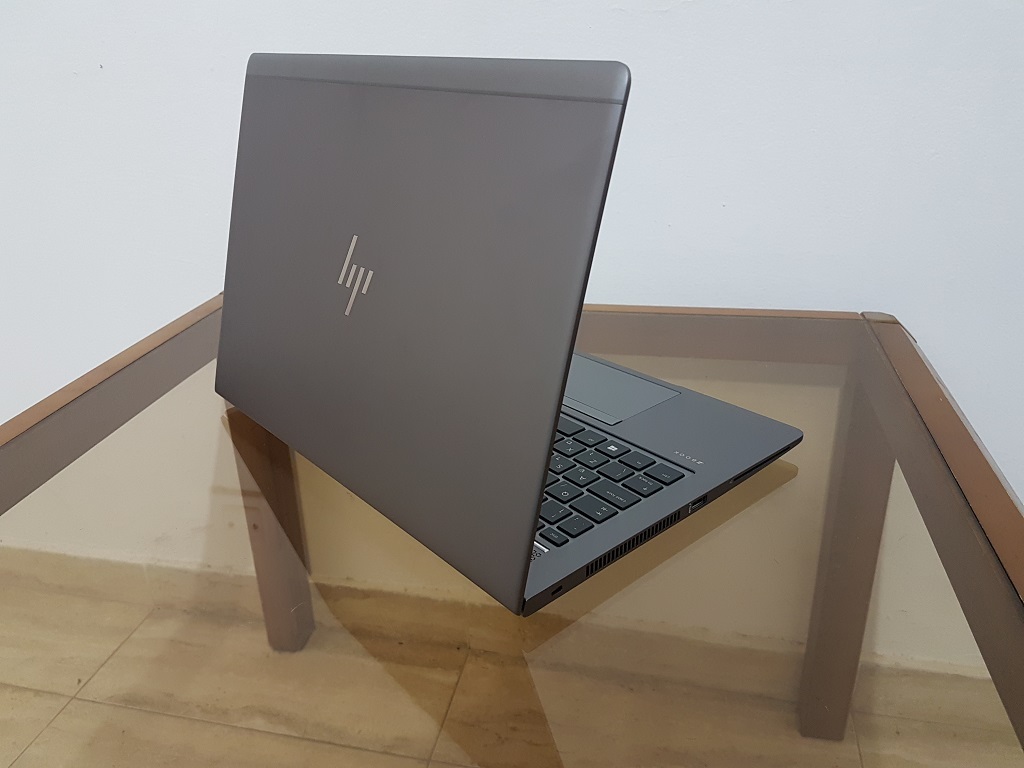 Pay attention to the solid computer design. It is ultra thin and is made of aluminum alloy with rough finish that does not capture fingerprints. A feature I really liked about this laptop is that you can open the screen with one hand, you do not need to hold the bottom of your computer. 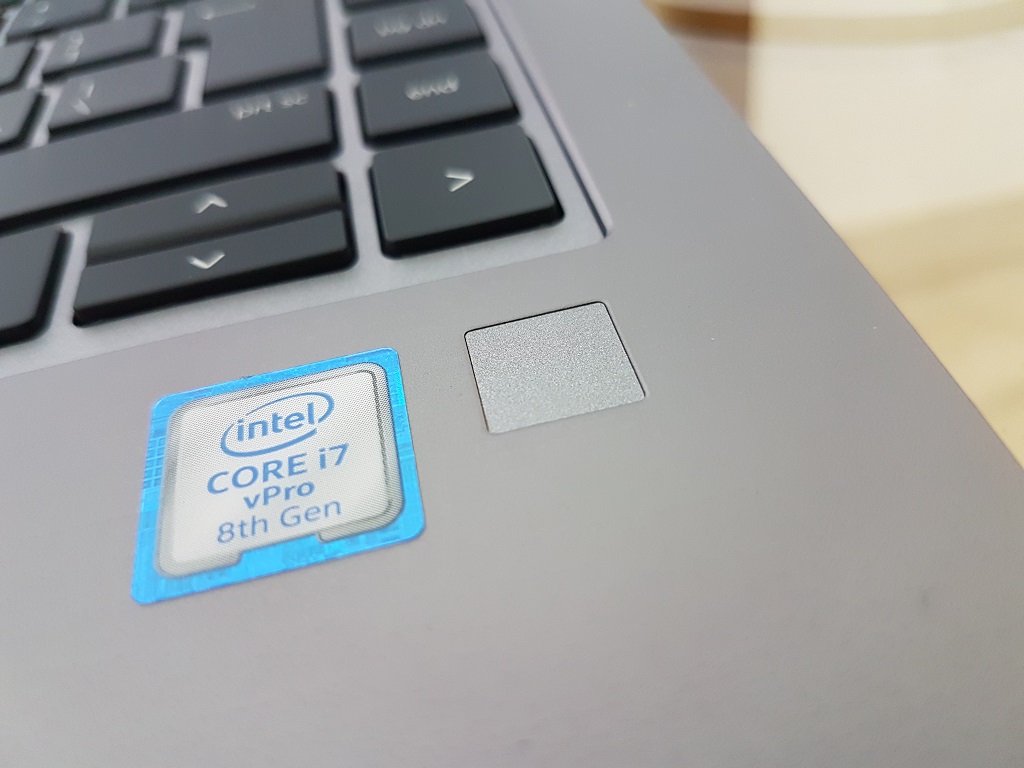 Near the keyboard there is a biometric fingerprint reader for quick login to the system if you do not want to use a password. It works quickly and the system is accessed in only a few tenths of a second. I was certainly impressed by the accuracy of the fingerprint reader and did not have to make a number of attempts to enter, as I sometimes did on cellular devices and past computers. 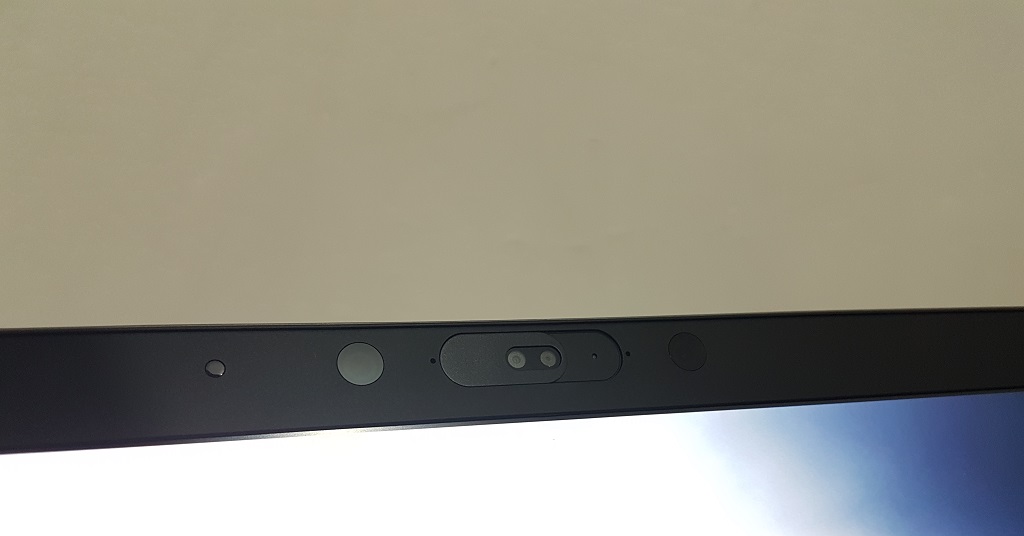 A business computer and a mobile workstation need the ability to make good quality video calls. Here's a very nice patent that HP uses to refine the experience - two camera lenses, one of which is wider and captures more people sitting in front of the laptop during a video call. Next to the cameras there are infrared LED headlights for improved visuals in more difficult viewing conditions. On the left is a lighting sensor that can be controlled programmatically. This sensor depending on the conditions will adjust the screen brightness to save battery And adjust the conditions of vision.

The technical capabilities of the ZBook - both for work and entertainment

Body and interfaces are good and beautiful, but it is important that a laptop that also serves as a workstation can give performance. One of the first things we tested when we turned on a computer was its ability to handle and decrypt content Video liver.

A good way to check this is to run a video YouTube High resolution and high rate of תמונות Per second and see how the system copes with such a load that combines demand for both general processing and graphics processing power.

The ZBook's excellent 4K screen allows for an amazing viewing experience due to the high density of pixels. But, what is such an advanced screen worth if there is no powerful hardware behind it? This is where the hardware charm of this lightweight laptop comes in. It has an ultra-powerful 4-core processor and two graphics cores - one is Intel's UHD 620 and the other is the WX3100's AMD.

In running this video, the core of Intel said that AMD "I can alone, thank you," and so it was. Along with its built-in graphics core, the Core i7 8650U has deciphered and introduced Intel The video4k In 60 תמונות Per second with an average effort of 50 per per cent of its components.

ScreenIPS The advanced one on this computer is of a slow type and that means we are not bright in daylight or find a strong light source near it. This is the most recommended type for many in writing. 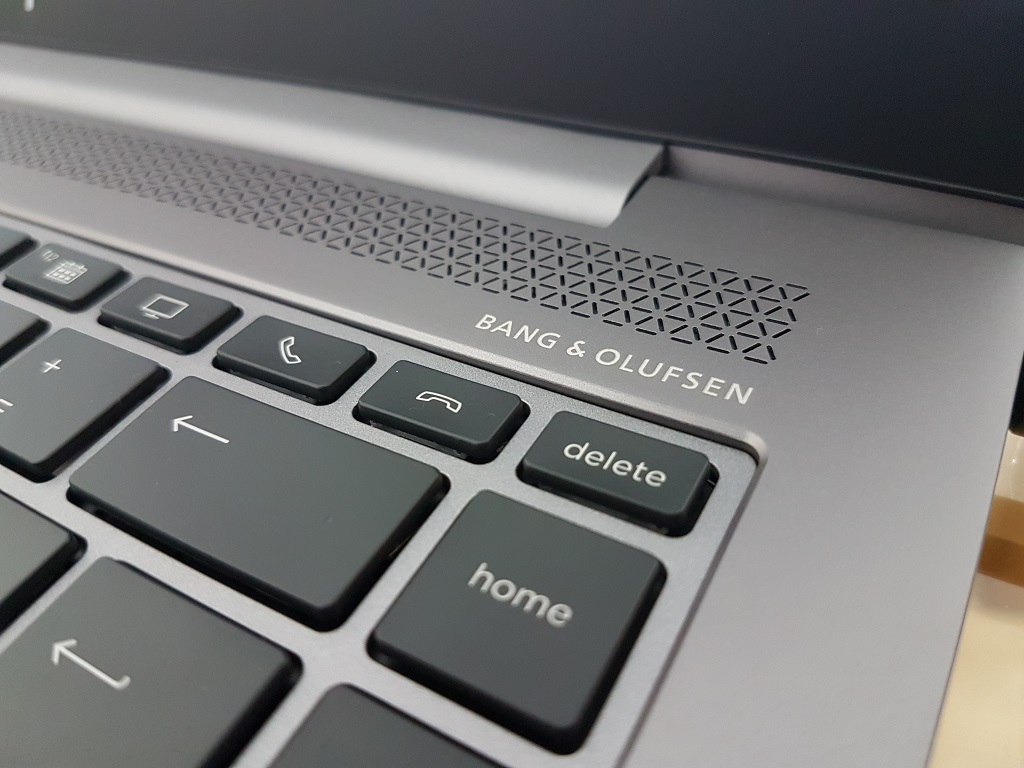 It is very important to note the very impressive speakers that this laptop has. Company HP Collaborated with audiovisual maker Bang & Olufsen to bring a very surprising audio experience from such a thin and modest device. The audio quality remains excellent and devoid of jarring tones even when the volume is set to maximum. 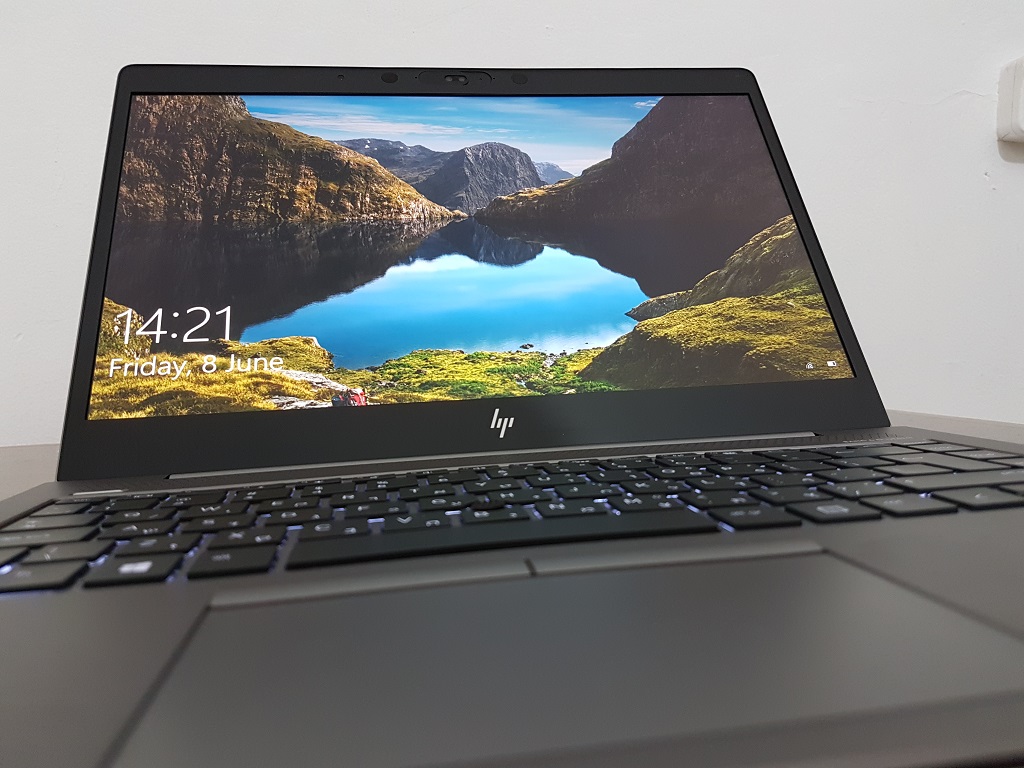 Windows 10 also enables the use of DirectX 12 which supports the professional video card type Radeon Pro WX3100 found on this computer. This API is of course enabled in games and software Development Many in the market.

Operating System Windows 10 is also a system-Windows The most secure business use today in new hardware. This comes with important updates to fingerprint reader and camera biometric identification systems. Usually important updates are made to the system in time and they arrive directly and immediately to the computer. Thus, you can build a multilayered system of protections for the sensitive information you store on this computer.

Video card sample Radeon Pro WX3100 which is on your laptop is designed to work with software like AutoCAD and a lot of Adobe software but it's also important to note that it contains enough graphic power to accelerate games 3D If you have a long day of work and you come to relax.

Games like Diablo 3, World of Warcraft, and Fortnite are completely erased at FullHD resolution on this computer. Of course this computer is not designed for games, but can handle them without any special problems at all.

In conclusion - very suitable for the target audience

As someone who has so far been using mostly business computers, I must admit that I really like the direction the market is developing. I'm holding the computer Mobile With a similar size, and a double weight and weight that contains much less processing power, and this is only a four-year computer.

The evolution that Intel and companies like HP Making for strong mobile computing is definitely the future of this market. The typing in the new ZBook is pleasant and responsive, the use of the control button feels at home and the screen is simply spectacular. A chain is as strong as its weakest point, and in this computer it uses no weak points. God-HP ZBook 14u G5 enters the recommended list of HWzone.