Images of the R420 leaked • HWzone

Images of the R420 leaked

The CeBIT exhibition, which has revealed and will continue to reveal many details about the computer world of 2004, is approaching its peak. ATI has introduced its new core R420, but unfortunately behind closed doors, so that no one but a few reporters will see the new card.

The performance of the new card will constitute a quantum leap in the quality of the graphics cards we currently know compared to the new cards. The core will work with 12 processing tubes and will support a maximum of 16 processing tubes, as compared to 8 processing tubes in Radeon 9800 cards. In addition, the memory technology used by the card is GDDR3, where the advantages of this technology are, of course, high speed and low heat output. The clock speeds of the XT card will probably be about 500MHZ for the 1GHz processor!

Although ATI wanted to hide the card from the many reporters and surfers on the hardware sites, it did not work. The card images leaked and reached the network. Digit-life has posted pictures of the new card. 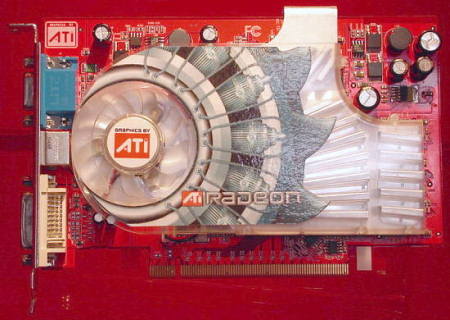