Very interesting news is coming to us from Japan: A few days after we received new bits of information about AMD's next generation of graphics cores and graphics cards, we also receive much more official and significant confirmation from rival NVIDIA - which verifies that Generation of future Pascal cores Memory will be used in the second generation of innovative HBM technology, with maximum 16GB support and an effective bandwidth approaching terabytes per second (!), More than 2 than what we were offered Memories God-GDDR5 The most advanced. 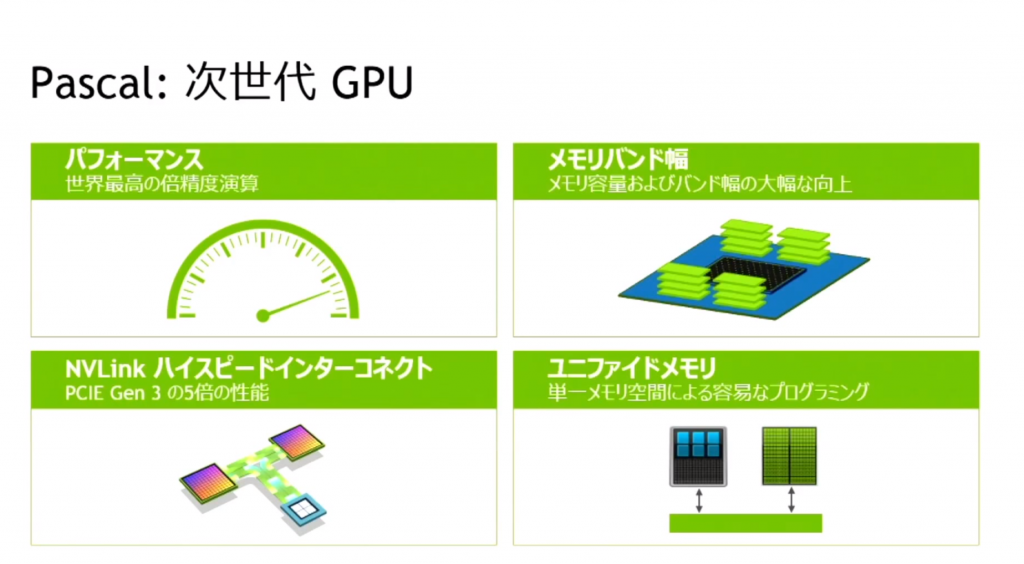 It was said that 'professional' cards from the Quadro families and especially the Tesla could come with up to 32GB of memory HBM2, And a bandwidth of almost 2 terabytes per second

B-NVIDIA Have also confirmed that the Pascal generation is indeed produced using the FinFET + process on the TSMC 16 nanometer of the old partner, which eliminates many early rumors that,NVIDIA Looking for a new partner for production, adding that the stated meta-goal for the new generation is to achieve 2 performance efficiency than we do today in the next generation.Maxwell 2.0.

Also NVIDIA And AMD Are designed to multiply the performance of each Watt of power invested, making it possible to create highly cost-effective video cards on the one hand And most powerful From the other side - and we hope that this is a goal that is indeed feasible for implementation, and not one that will be achieved 'technically' with a calculation that comes as a result of the support for FP16 'half-accuracy' processing (something thatNVIDIA Has done in the past to explain thatPascal Will offer up to 10 times higher performance than Maxwell). We'll keep our fingers crossed.

Another key feature of the Pascal generation will be the support of the company's new NVLink connection, which will replace the PCI Express interface in a faster bi-directional interface (up to 80 GB per second) in multi- graphic cards. At the moment, it seems that the initial application will be in high-performance 'professional' systems and not in the home market, but nevertheless we certainly believe that such an application is on the way, with the potential to transform arrays. SLI Advanced and much more effective.

We know that the production of Pascal cores Has already begun, And therefore the estimates are currently talking about the first models that could reach us before the second half of next year - will Computex 2016 in June serve as a stage for the big launch? We'll see.