Intel Launches World Series Processors New and we took the Core Its glittering 9K i9900 for testing: the popular desktop market finally gets 8 processing cores from Intel

Today is the dawn of a new day for Intel and its various hardware ambitions - the chipmaker is finally starting to market and sell new processors for the desktop market with eight processing cores, thus meeting the challenge posed by the red competitor AMD. Intel Wants everything to be more glittering in her and made a line Processors Fresh and improved.

The series name is Core 9th Gen, or the ninth generation of Core if you will. Since its launch at the end of the previous decade, there is no doubt that this series has been improved. In the past two years, however, there have been some radical improvements in the approach Intel Its products and the proposed power to the consumer Processors These.

The division has so far been divided into two platforms Intel For its consumers - the mainstream platform and the extreme platform. Each platform gets its own CPU mount, unique CPU series and all sorts of features that come to serve the target audience.

The Extreme platform features target audience content creators, data server systems and gamers who simply want more cores for additional tasks besides games. The more affordable mainstream platform also carries a series Processors Broad, but them Processors Are low in their cores, in support of memory volume and medium storage Of a certain amount.

In January of the year 2017 we brought you Review when launching Core i7 7700K, Intel's fastest quad-core processor at the time. It was a slight improvement on my face Core i7 6700K Which had come out a year before, but had not brought any special news. All in all, it was another quad-core processor for gamers and creators of fast-growing content.

Already in the spring of that year began an earthquake in the world of processors. The competitor, the company AMD Launched its first desktop processors with 6 and 8 cores, and did not charge a high price. It took the market for content creators and offered it processors with a healthy parallel processing capability at a reasonable price. Indeed, one of the most prominent advantages of this series was lukewarm frequency and gaming performance that did not always coincide with Intel.

With regard to gaming and specific types of editing software, i7 7700K still had some advantages in the market. Were their users and this processor was still very relevant. Intel was tired of taking the four-core model to the mainstream market and decided it was time to start climbing.

Already in October of that year, a whole new series of processors was launched, the 8 generation under the leadership of Core i7 8700K. This processor, along with his brother to the family Core He took everything the previous generation suggested, and added cores. Core i3 have become square, Core i5 became owners of 6 cores andCore i7 8700K brought together the HyperThreading technology that makes 6 additional logical cores.

A few months later AMD Refreshing its series with Ryzen 2, the same 4-8 processors cores are getting re-optimized and pushing the Intel Even more to the edge. Now, it is clear to everyone that eight cores are here to stay, and that such a thing can not be turned into a one-time launch. Or you have eight cores, or you start to bleed and lose sales. 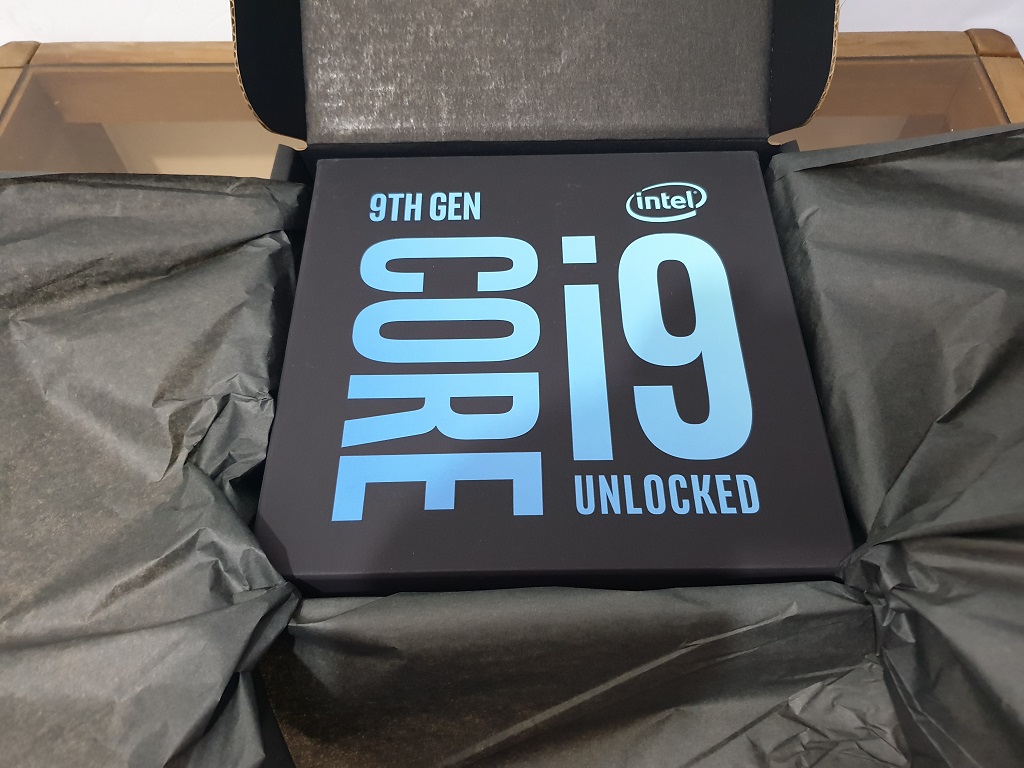 Today, Intel Meets the challenge and gives eight cores to the consumer at a lower price than it has ever offered so far. Some may say not low enough - but it already depends very much on your uses and point of view. 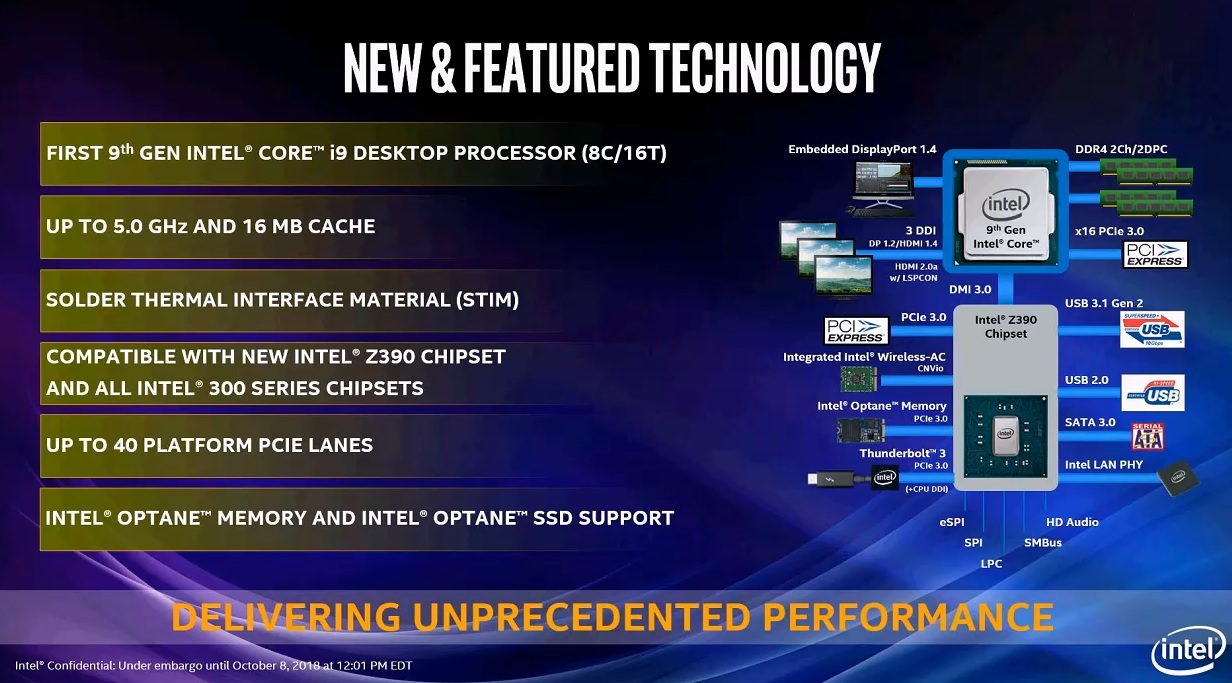 In practice there are some changes this time. First and foremost as noted, the series Core i9 comes to mainstream and sits in the same socket with Core i5, Core i7 and also Core i3 andPentium.

Depending on the increase in the number of cores, the amount of cache memory increases from 12MB in the previous generation to 16MB now inCore i9 9900K. Chassis compatibility? Full, Z370 and H370 in the existing LGA1151 socket will also be compatible with the new processors.

The number of PCI Express interfaces remains as they were, 40 on the entire platform with 20 from the processor and the 20 chip system. These processors are allocated mainly to video cards and an NVME SSD drive, and the rest to different controllers and other PCI Express ports. Like the other plates in the socket, here too support Optane's products Intel Example hard drives. Ah… and there's one more thing. 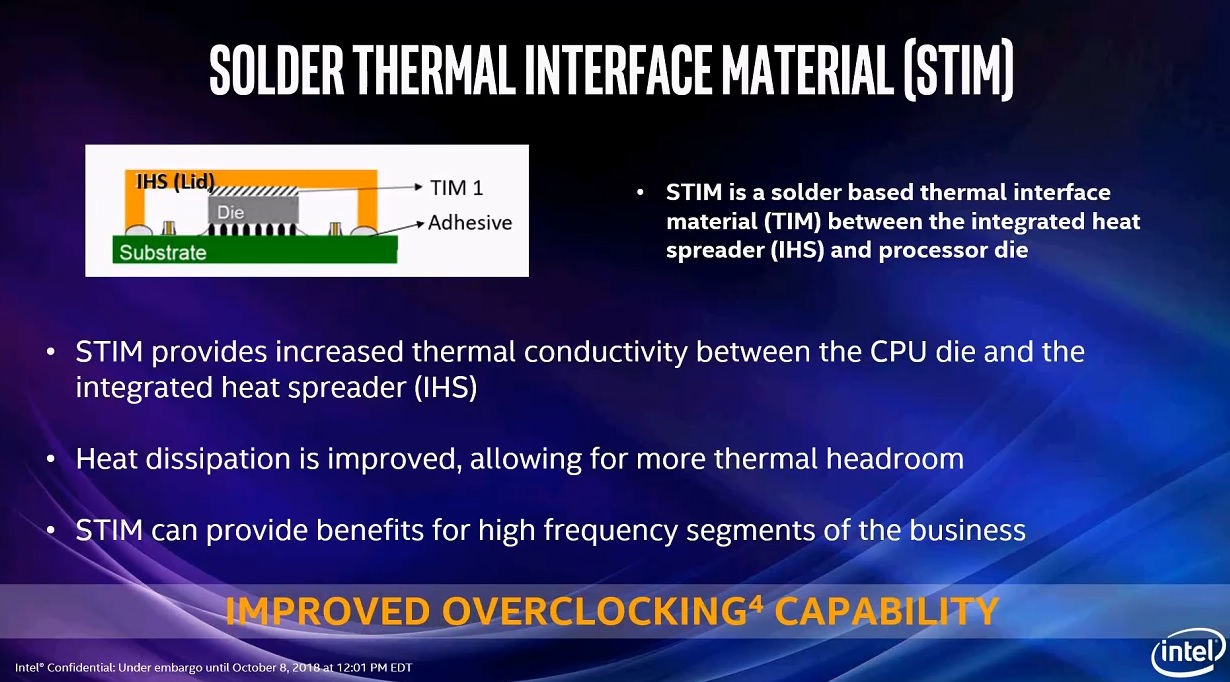 The rumors were true, and finally Intel In which the processor cap is welded to the core itself using the metal alloy it uses for its server processors and generations before the 3 generation Core. The implications are enormous for all new processor users, with the cooling requirement first and foremost reducing the amount of noise produced by the various cooling fans. This is of course compared to processors with the same amount of cores in the previous generation.

Of course, we should not forget the Overclocks, these are your sons who are still interested in pulling the processors to the edge. Now your biggest obstacle has been removed. 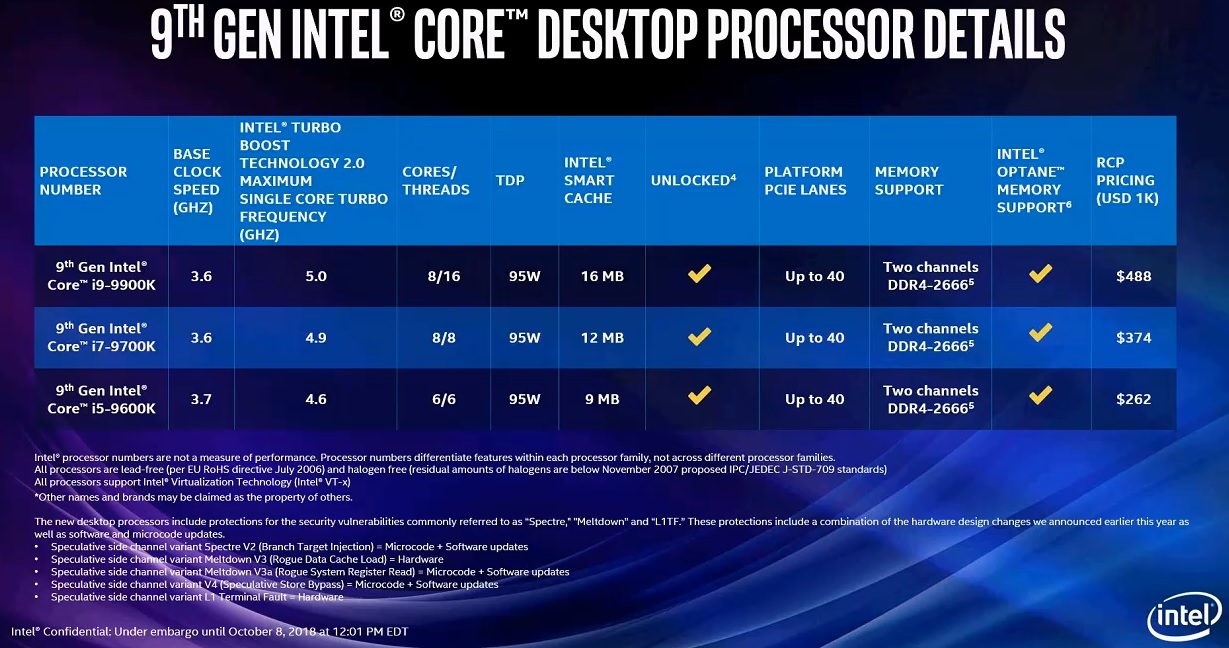 Today three new processors are coming into the world Intel Covering the upper market of the mainstream world:

Let's start with the little brother. The 9600K is an improvement in the quality of life over theCore i5 8600K which we know. The maximum frequency is increased in 300Mhz, there is the matter of soldering which is critical to overclocking and the rest is quite similar. The launch price is also quite similar when 8600K's was 260 and 9600K stands at $ 262. This is a net better return for the same amount.

The middle brother is the Core i7 9700K and this is the first processor of its kind for Intel. With a slightly unusual decision that might make people raise an eyebrow, she decided Intel To launch processor Core i7 for the first time does not include HyperThreading technology. Instead, they had two more cores than the six we knew onCore i7 8700K. God-Core i7 9700K is a 9600K improved laterally parallel calculations. The price? Taller than that of Core i7 8700K. While its parallel processing capabilities are likely to be similar, it is reinforced by gaming and overclocking over the 8700K. 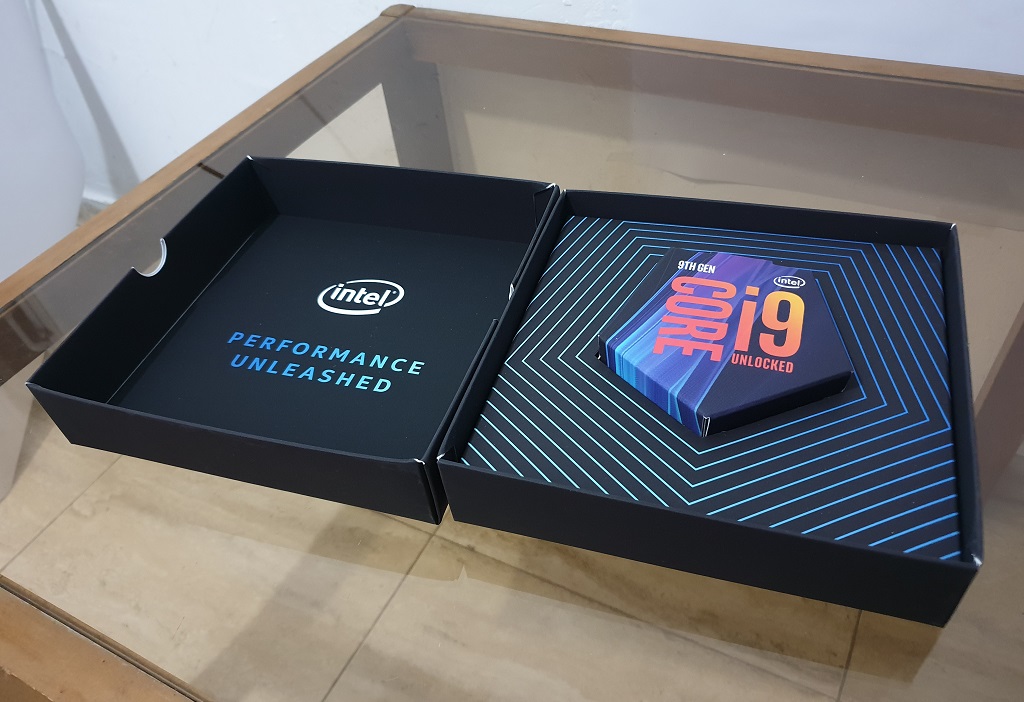 The Big Brother in the series is, of course,Core i9 9900K and I think it fully utilizes Intel's current capabilities in its 14 nanometer manufacturing process. 8 cores together with HyperThreading at the most aggressive frequency we've ever seen in a processor like this. God-Core i9 9900K does not want to be the quickest here or there, but at every end ספורט It is possible to place such a processor. 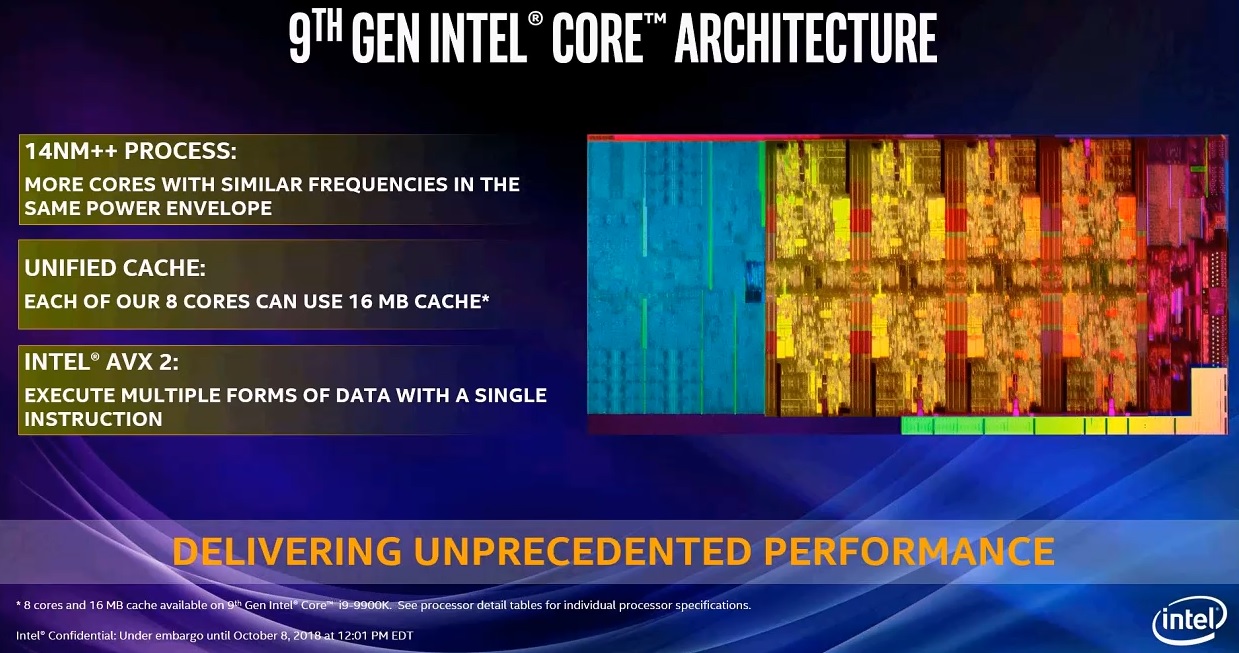 The graphics core used in these processors is the UHD630 that accompanies the processors Intel For the past two years. In addition to 3D rendering and acceleration, this is a very respectable processing unit used to speed up general processing operations with software that supports it. Core If you will.

It's time to dive into performance tests and see how powerful the new flagship of the Intel And how it copes with competition.