Intel Unveils New Generation of Processors: Everything You Need to Know About Kaby Lake • HWzone

The chip manufacturer announces the seventh generation of the family's processors -core, based on architecture And includes some interesting additions

The chip giant Intel Today announces that it is opening a new generation of Processors To all types of markets. These processors are manufactured in an advanced process of 14 nanometers and constitute the next step in the evolution of home and mobile processing power.

The new CPU series code name is Kaby Lake and is the successor to SkyLike, which we know as popular processors such as the Core i7 6700K for the desktop market and Core i7 6500U in the laptop world. Like Skylike, the Israeli team at Intel, which besides bringing us a lot of pride, has an impressive record of important achievements and developments for Intel. Intel And public users.

At Cave Lake Intel Has placed great emphasis on several technologies that enable significant improvements in processing power and power efficiency. It seems that it depicts the new processors as processors that excel in multimedia, those that were produced in order to deal much better with content that is common today on the Internet and in the entertainment world as a whole. 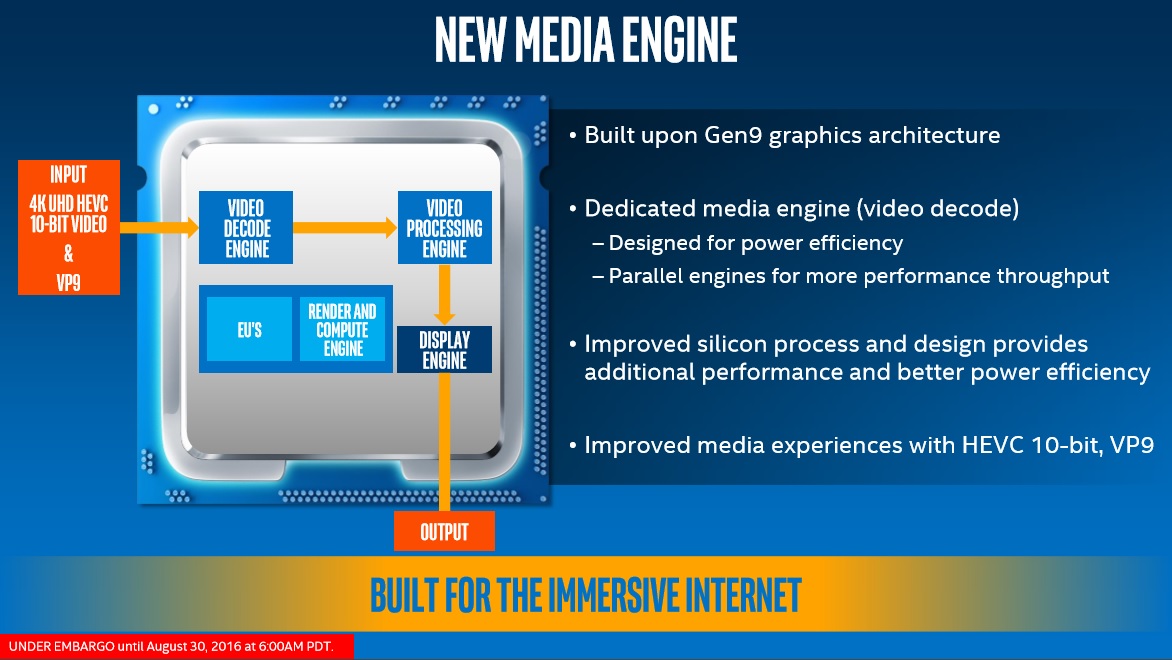 "New Media Engine" - this is perhaps the most important component of the new Kibble Lake processors and the catalyst for performance and efficiency that will greatly drive the world of laptops. In the new generation, assimilation Intel Coded Video Advanced as part of the chip's own hardware. This encoder promises to significantly reduce the amount of processing power required for the display and processing of Video Of various kinds. Thus, the encoder will enter into operation when the processing power is low or a large battery saving is required to display Video High definition.

The same engine is made up of three parts, the first is the encoder, the second is a video processing engine, and the third is actually part of the same Core Which transmits the signal to the display medium.

The improvement in overall out-of-video processing compared to the Scailex generation is not expected to be drastic and stand at a few percent. The great emphasis of Intel In this refreshment, it is simple to get on the processor with tasks that seem to take away unnecessary resources and quickly empty batteries in the mobile world. When it comes to gaming, SkyLike owners can stay calm when they choose. In fact, it seems that the owners of Processors Aswell and Broadwell can continue to use their existing platform as long as it is gaming. 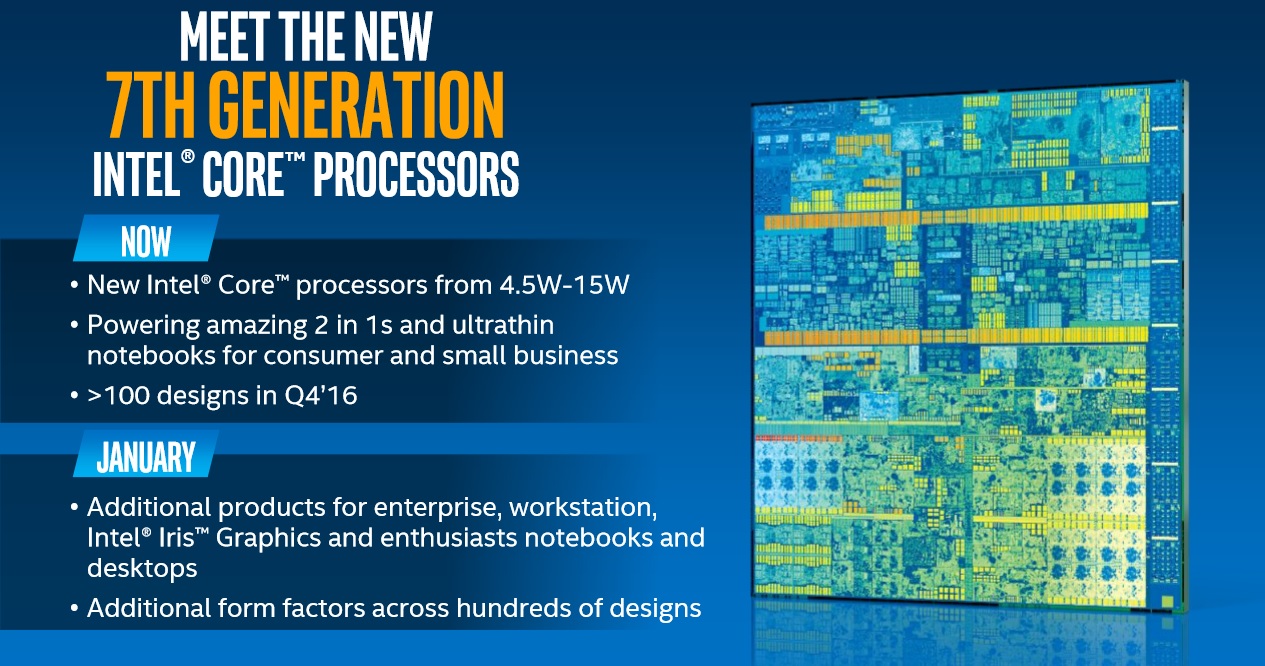 In terms of launching times, today Intel Releases its Core Series mobile processors in heat envelopes between 4.5 and 15 watts. Processors Popular in the coming weeks in new mobile models are thecore i7 7500U andcore i5 7200U next tocore i7-7Y75 mainly delivered in the most advanced ultrabooks.

The operating frequencies of the new processors are not significantly different from those existing. They bring memory support DDR3 Sleeping next to memory DDR4 New. The Core i3 7100U does not have a turbo function, and its maximum operating frequency is 2.4 GHz. The three processors have two processing cores with the HyperThreading function that enables two additional logical cores for advanced parallel processing. The heat shell of Processors These are 15 watts only.

The desktop processors will be launched later this year and will be compatible with the existing LGA1151 chassis. They are expected to support H110, B150, H170, and of course Z170. This is in addition to new and updated LGA1151 chipsets that will flood the market by the end of this year.

An important technology that will accompany the Civic Lake processors is also the 3D Xpoint announced by Intel a few months ago. Here you can get an explanation On the Optane drive that developed a new world of means storage Extremely fast. We hope to quickly drives storage Mechanical will be a part of the past and will be talked about as technologies that have passed from the home user world.

Stay tuned as we bring you more information about the upcoming series of Chevy Lake processors Performence And a wide range of technologies that the processors use.


Wait, there's more!
Join To the group of zon And you can receive exclusive updates on various offers on the net, share content that you find interesting, consult with members of the site, and more - Join now!
Tags
Intel Skylake Kaby Lake
Share
Facebook Twitter LinkedIn WhatsApp Telegram