The conference of technological journalists conducted by Intel at its IDC in Haifa provided quite a bit of interesting information and insights about its grandiose nanometer 10 programs, which will finally begin in the September 2019 area with the launch of the first laptops based The Ice Lake processors - and will gain significant momentum next year with further improvements expected in next-generation processors From the Tiger Lake family.

Intel also talked about significant improvements to the cache, processing pipes, and task adapter In the improved Sunny Cove core Of the next generationCore Tenth, with a promise of an 18 percent improvement in IPC compared to the cores of processors available today - but the highlight is actually the transition to a new 11th generation architecture in the built-in graphics cores of these products.

Built - in graphics processing cores Intel Which accompanied the vast majority of its products to domestic consumers have been in place for several years, with minor improvements and capabilities that were quite likely to surf and view images or content Video But were not suitable for modern gaming even in the case of very large compromises in display quality. 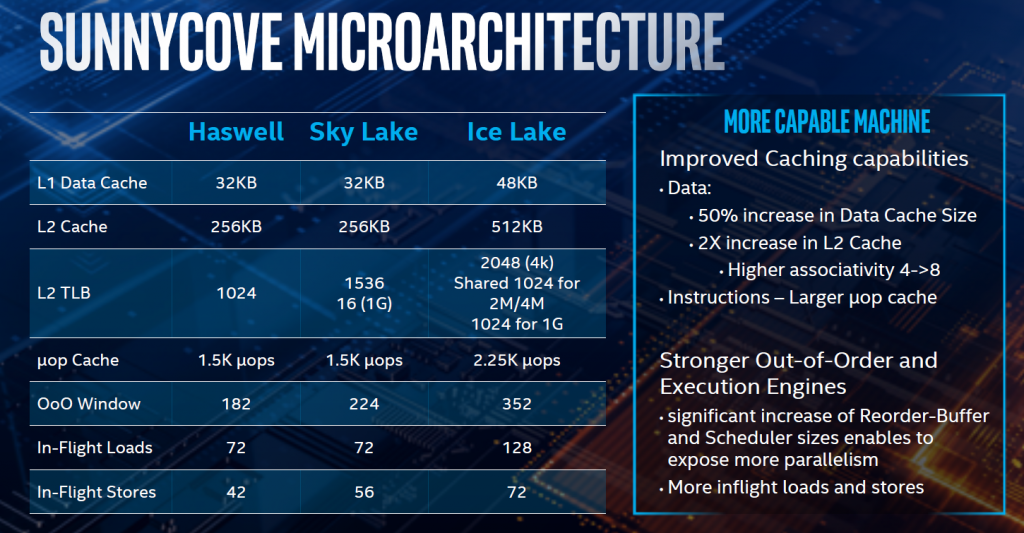 Now, when we are in front of us The company's ambitious plan to compete in the market for dedicated graphics cards, The long-awaited leap also reaches the units inside the processors - with a jump in the number of processing clusters available from 24 as a base to 64, a welcome transition to support memories DDR4 And enhancements to the cache and internal processing architecture and improvements to the drivers that together are designed to multiply (!) The capabilities currently available in standard U-band mobile processors in the 4 Watts power envelope.

Intel announced that built-in graphics processors built on 15 processors in the Ice Lake generation will be more powerful than the Iris Plus Graphics 655 chips currently offered in U-processors with the 28 Watt power envelope and a dedicated L4 cache (where Ice Lake will not be used) ), With the ability to achieve a running rate of over 30 frames per second at 1080p resolution in many current games and with superior capability over the Vega cores currently built in the Ryzen processors Mobile Compared under the same carrier casing.

At the question and answer stage held after the main technology show, we received an even more surprising and interesting promise from the company's representatives - the future generation of Tiger Lake processors (we do not yet know whether the ball will be branded).Core 11 or perhaps a completely new method) that is designed to inherit the Ice Lake During the year 2020 will not stop and be satisfied with refreshing the existing, but aims to multiply once more the built-in graphics processing power under the same power envelope. This is a very ambitious announcement, and if it does exist, it will actually be an 4 improvement in the level of performance between the UHD Graphics 620 and UHD Graphics 630 cores currently common to the cores of that future generation.

These changes should allow Intel to maintain its lead in the mobile world, especially in compact and lightweight compact systems - and all we have left is to keep our fingers crossed that all this will happen without further delay, and will soon be reflected in the world of stationary processors.