With the new Broadwell architecture on which the new processors are based Intel, The fifth generation of processors,Core For laptops and laptops show improvements in my life battery, Enhanced graphics and more

Intel unveils fifth-generation Intel processorsCore (Under the Broadwell architecture), but the first processors that the company is introducing and launching are not the very powerful desktop processors that will drive future gamers. So the improvements made to these processors, compared to the previous generation of processors based on the architecture Haswell For devices Mobile, Focus on reducing the average power consumption of chips, while (and hopefully) can be improved and increase performance simultaneously.

According to Intel, The new chips are based on the architecture Broadwell, Produced in 14 lithography only nanometers (compared to 22 nanometers to the Haswell processors), are much more economical than the same aswell processors, an improvement that translates into even over an hour and a half of time battery Added in certain situations. In addition, the reduction in processor lithography enables companies to implement the new processors on ultra-thin, fan-free computers, enabling new and ever more powerful categories of computing.

Another significant improvement that Intel does not miss an opportunity to brag about is the support for 4K resolution video by the graphics chips named "Iris" code embedded in mobile processors. These Iris chips are capable of processing high-resolution (and almost standard) video without the help of a graphics card in the form of a video card or any other external help. High performance in 4K resolution may not be here, but this improvement will allow most users to enter the 4K world more easily than before. In addition, the performance of the new processors compared to the Haswell generation is noticeable with a minimal increase of only about four percent (in office applications such as Word and Excel), a significantly lower improvement than what can normally be expected from a new generation of Processors From Intel.

For tablets and even smaller mobile devices Intel has developed the "Core M seller, Whose power consumption is more compatible with that of ultra-thin tablets and laptops compared to chips designed for laptops and "all-in-ones" computers (like Apple's iMac). But despite the huge launch of the new processors, Intel Plans to launch the next generation of Core processors, the sixth generation in number and the Tock change in the company's development, based on the "Skylake" architecture. generation Processors It is expected to show its features in the second half of the year, with high processing power and other capabilities, such as wireless, in the various parts of the computer that we are no longer used to. 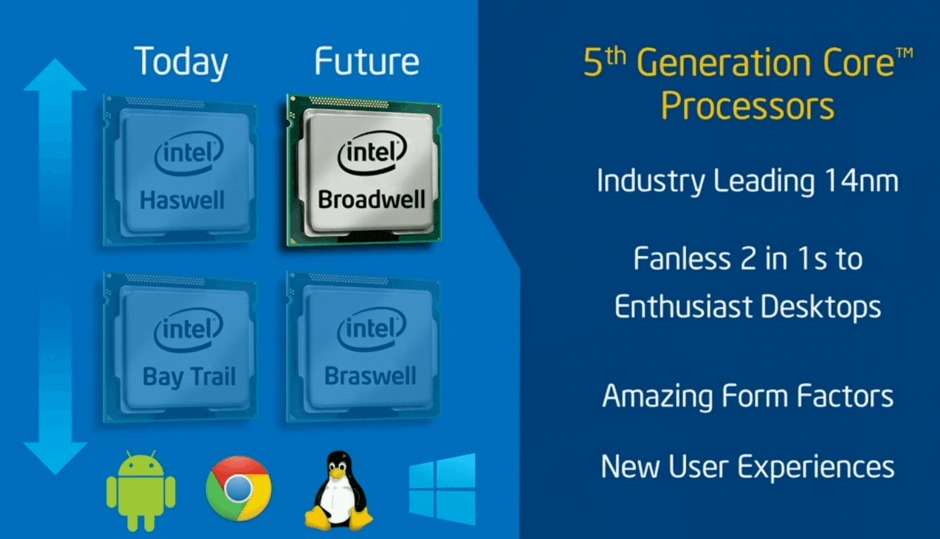 The new processors Intel introduced at the show include just two cores (Core i3, Core i5 and Core i7 processors), with more quad-core models expected to arrive later this year, called the Broadwell H, featuring the new graphics capabilities thanks to the new Iris cores. Processors Holders of eight and ten cores for professionals and heavy users are also expected to arrive later this year, with no further information on an exact availability date or possible pricing. 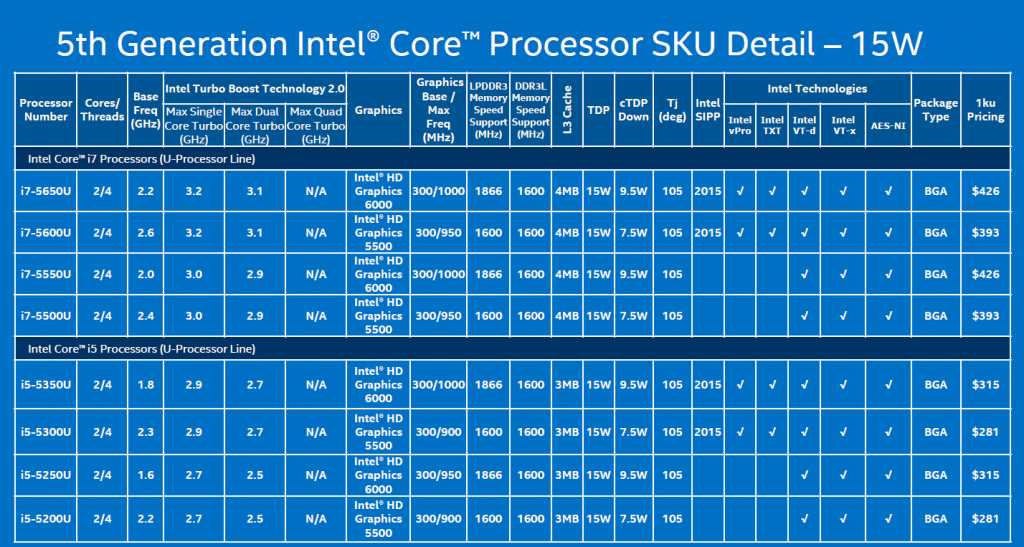