Intel continues to earn piles of money, but a little less than before, and also confirms that the first 10 nanometer chips will reach us only in about two years

After we received news definitely not optimistic about the economic situation of AMD, Came the Torah of Intel Share the investors and the whole world with its results - and here the situation is much better, naturally, but still not perfect.

Intel also made a lot of money in the second quarter of 2015, as they have done every quarter and quarter since mid-2009 - this time we're talking about net profit of 2.7 billion, out of 13.2 billion revenue. These are good increases compared to the first quarter of 2015, but also by a few percentage points compared to the corresponding quarter in 2014 - and this is the index according to which investors and shareholders tend to determine the situation, which may explain why Intel Saw a relative decline in its stock exchange value during the month. 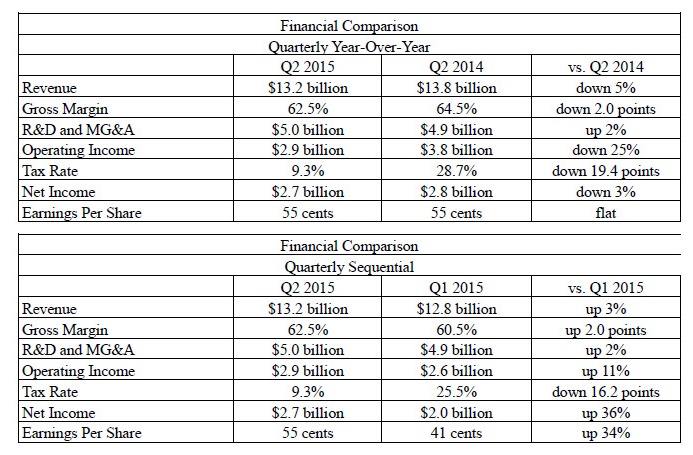 As inAMD, Intel also pointed to the expected wait and transition of Windows 10, beginning at the end of the month, as the main reason for the slowdown in revenues from the home computer market. However, Intel's decline was not close to the decline it suffered AMD, And in general it is not clear to what extent this claim actually affects the mindset, when it is clear to everyone that any computer is well established Windows 8.1, Windows 8 and even Windows 7 will be upgraded to 10 windows for free. 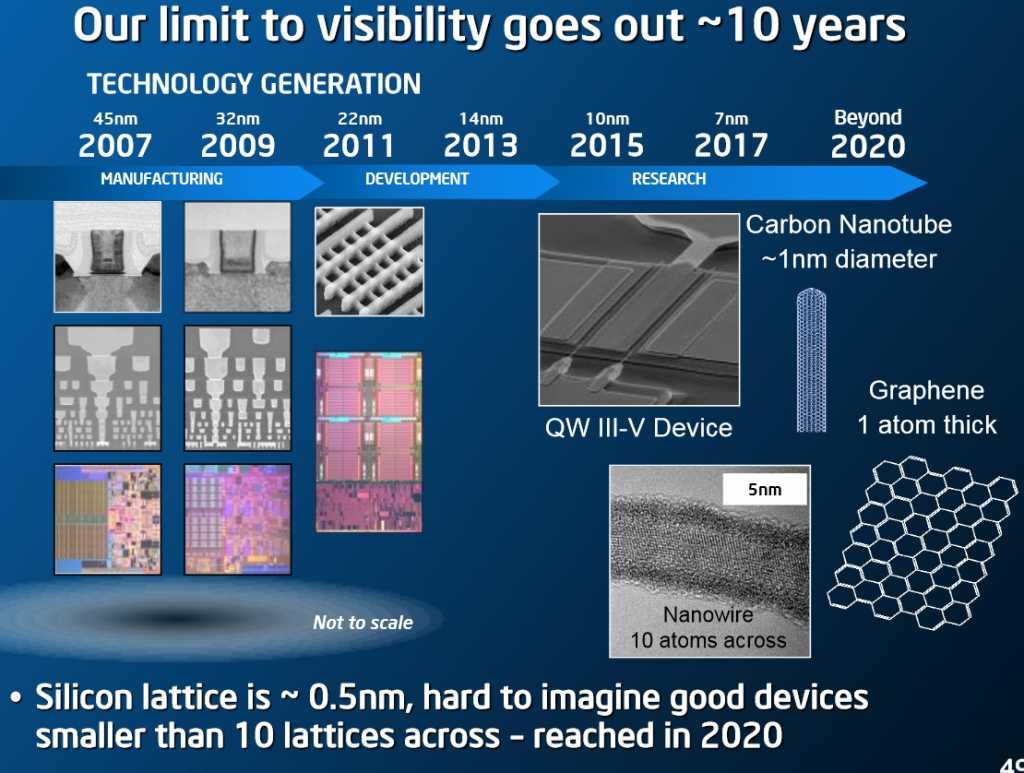 The chip giant's financial statements can continue to be debated, but we prefer to turn to the most significant announcement made by the company's investor call that came in parallel with the results - as we reported to you earlier, Intel For 10 nanometer lithography production has been delayed and officially postponed for 2017 - a two-year delay compared to roadmaps presented by the company in 2013.

Instead of the Cannonlake generation at 10 nm, Intel confirms that in 2016 we will get a third generation at 14 nm instead - Kaby Lake, which will refresh the Skylake Based on architecture Similar. It is not yet clear whether Kaby Lake There will be a slight refresh like Devil's Canyon received by the Haswell Generation or something a little more substantial and extensive, but after realizing that the 22-nm and even-14-nm transition did not bring with it world-changing ranks in most of the company's product categories - we tend to believe that Intel can Provide us with a substantial improvement in capabilities even without a new manufacturing process, if they have a really good reason for it.

And such a good reason they should have - that means rejecting the 10 nm transition means that for the first time in many years, we will see AMD And Intel offers us Processors Based on the same technological production process, and all we have left is to stick fingers to the architecture of the -Zen attitude The new chip maker from Sunnyvale, and hope that it will be able to restart the competition that has gone into processing in the CPU sector.

We wish success to all sides.