Intel is preparing its own rival for the WAHL Steam Machines

A new report tells us about the Skull Canyon,WALNUT The most powerful so far with Core Built-in IRIS Pro 580

We love you very much Intel NUC computers And countless The rolling And derivatives And in general love compact computers that can be put in almost every corner of the house without being ashamed or entangled - and so we have affection and interest also In the new Steam Machines project (Which is trying to turn the personal computers into slot machines that will be even better than the PlayStation and the Xbox).

Now Intel seems to have an intention of trying to combine these two trends. According to fanlesstech site Which specializes in small computers, the chip giant is preparing a new compact NUC computer that will answer the code name requiring something Skull Canyon (the familiar Intel logo for gaming and high performance is a blue skull) Iris Pro 580 graphics core, The strongest built-in core it has created Intel Ever, with 72 units making maximum frequency of 1GHz and 128MB's memory Dedicated cache from L4 level. 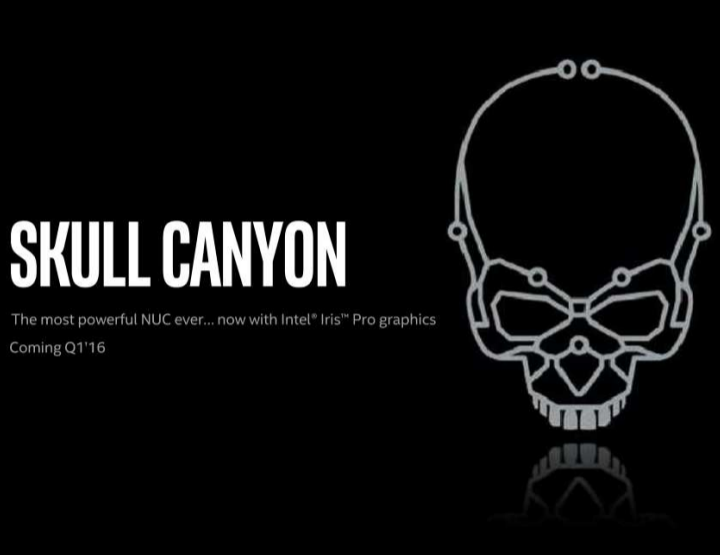 It is worth noting that Intel Has not yet unveiled any official model that will include the core of the Iris Pro 580, but to the best of our understanding it will be a model Mobile Quad-core of the HQ family. The report says that the new computer will be unveiled during the first quarter of next year, so we certainly hope to hear about the same new model soon.

This is a general assessment that does not necessarily indicate the actual level of performance - but it seems that the core of the Iris Pro 580 may provide a level Performence 1,150GFLOPS, which will place it somewhere in the area of ​​the GeForce GTX 560 Ti, or in the area between the GeForce 940M and the GeForce GTX 950M - a very impressive achievement for Core Built-in system that can enable modest gaming at appropriate rates.

If Intel can hit the target with an attractive price tag, the Skull Island computer may well find itself niche as a tiny gaming machine and promote Intel as a further step in providing a real alternative to the low- and mid-low market for discrete cards. NVIDIA and-AMD.