Excessive investments and highs: Intel is racing ahead • HWzone

Huge investments and highs: Intel is racing ahead

Another record quarter, huge investments in Israel and the United States, and even the possibility of acquiring Melanox - despite the technology delay, the chip maker doesn't seem to be slowing down

With or without 10 nanomaterials that are expected to arrive practically at the end of the year (and forgive usThe single Cannon Lake, the Core i3-8121U), It seems that the condition of Intel It is definitely positive - with last quarter record profits for 2018 and huge investment plans in our local market.

Intel Announced financial data for the final quarter of 2018 and for the year as a whole, With a record 70.8 billion revenue that is up 13 percent compared to 62.8 billion total revenue in 2017 - and a net profit of 21.1 billion for the full year, plus a positive cash flow of over 29 billion worth 16 The distribution of dividends to investors and the repurchase of shares and the balance was added to the giant's liquid reserves. Not bad at all for a company experiencing tougher competition than ever before AMD In many of its main areas of activity.

Great results - for both the quarter and the entire year, even when the company's massive tax coordination payment is overlooked since the end of 2017

The company's shares nevertheless experienced a slight decline of about 7 percent following the release of the financial results, because first-quarter revenue was expected to be below $ 16 billion "only" - though Intel is confident things will improve rapidly, it seems, with an estimate For another record year that will bring in total revenues of 71.5 $ 1 billion, or as a single percentage above what 2018 reported.

In addition to the financial news, we also received very interesting news for the local market in the form of an agreement to invest an unprecedented amount of 11 billion in building a new large production plant in Kiryat Gat for its future lithographs, which joins announcements of additional investments of billions in the company's production plants in Oregon and Arizona As well as in Ireland, aimed at increasing the supply of chips in the current production process and in future production processes, in the hope of putting an end to the existing shortage that is causing the prices of some of the products to skyrocket.

If that's not enough for you, another fresh report states that Intel has made an official offer For the acquisition of Mellanox's communications equipment developer and manufacturer (Mellanox), for an amount of between 5.5 and 6 billion - which could make the deal one of the largest in the history of the Israeli economy, second only to its acquisition deal Intel With a US company for 15.3 billion dollars two years ago. Will it happen? We will continue to follow and update.

For dessert, Intel announced that what it was - and appointed Robert Swan as the company's new permanent CEO, six months after taking up his position temporarily in parallel with his position as chief financial officer, Following the retirement of Bill Krasnitz in a scandal of forbidden relations in the workplace. Is the seventh CEO of Intel In 45 its years of existence will it be able to lead it to new heights? We'll live and see - and in the meantime, be successful. 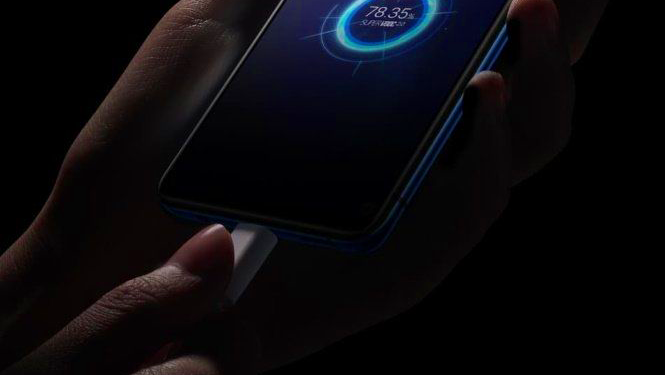 Soon with all of us? Fully charge the smartphone battery in less than 20 minutes