The 760p drive Intel Is the overwhelming answer to competition in the E-SSD Especially fast. We took him for a spin against the tough competition and we came out with interesting conclusions

The world of fast storage is not alien to Intel. Since the beginning of the decade SSD Desktop computers began to be cheaper and more accessible, the chip giant was there. First, they were drives like X25 and 310 series that brought in volumes that are now considered as funny as 30 gigabytes.

Since the beginning of the decade,SSD Made some significant improvements. First and foremost - drives SSD Become an absolute standard on laptops and laptops above the most budgetary level. Even average users learn quickly that in order to gain speed - they need to get a drive SSD. 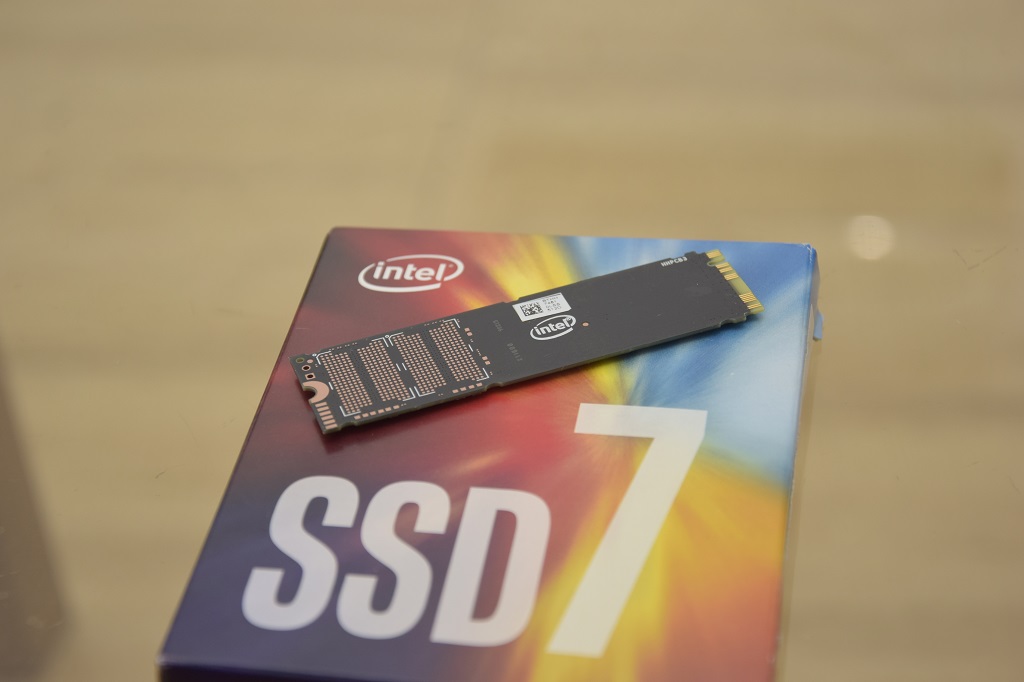 Since then, next to Intel There are two big players in the E-SSD. One is Samsung's direct competitor, and the other is Micron's business partner. SamsonMag is currently the only manufacturer in the market that produces end-to-end three main components of a drive SSD - The cattle, זיכרון The controller and the flash blades themselves.

Intel and Micron produce drives that use a controller from a third-party company, which is not unique to their drives and thus separate. This means that their production costs may be higher.

Well, it seems this time Intel Is ready to defeat the most popular SSD in its category last year. In front of the Samsung EVO 960 series Intel Drive named 760p. 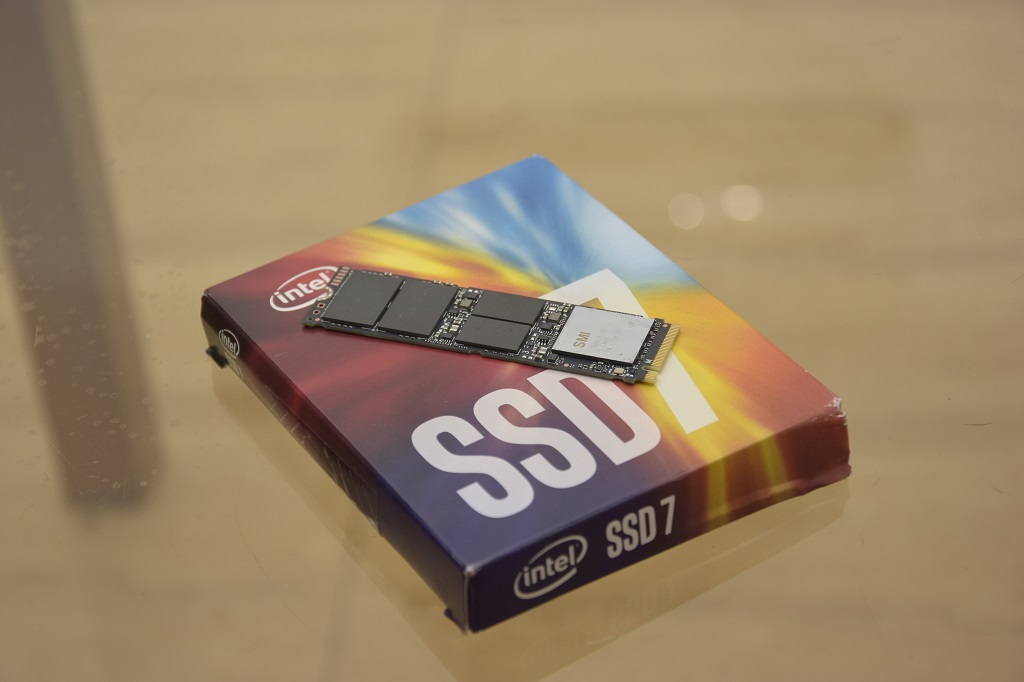 This drive comes in the M.2 interface which is common and even fixed on motherboards from the latest Intel andAMD, As well as computers Mobile Lightweight in the market. Here is a technical comparison between the 760p and the competing drive:

The models on which we put the glass in this review are about half a terabyte. Note that the price of both drives is the same. The most significant difference between the two is the warranty period. while סמסונג 3 provides only years for the EVO model, Intel provides extended warranty of 5 years.

This is due to a relatively high reliability rating for chips that stands at 288 terabytes of write cycles compared to 200 only. 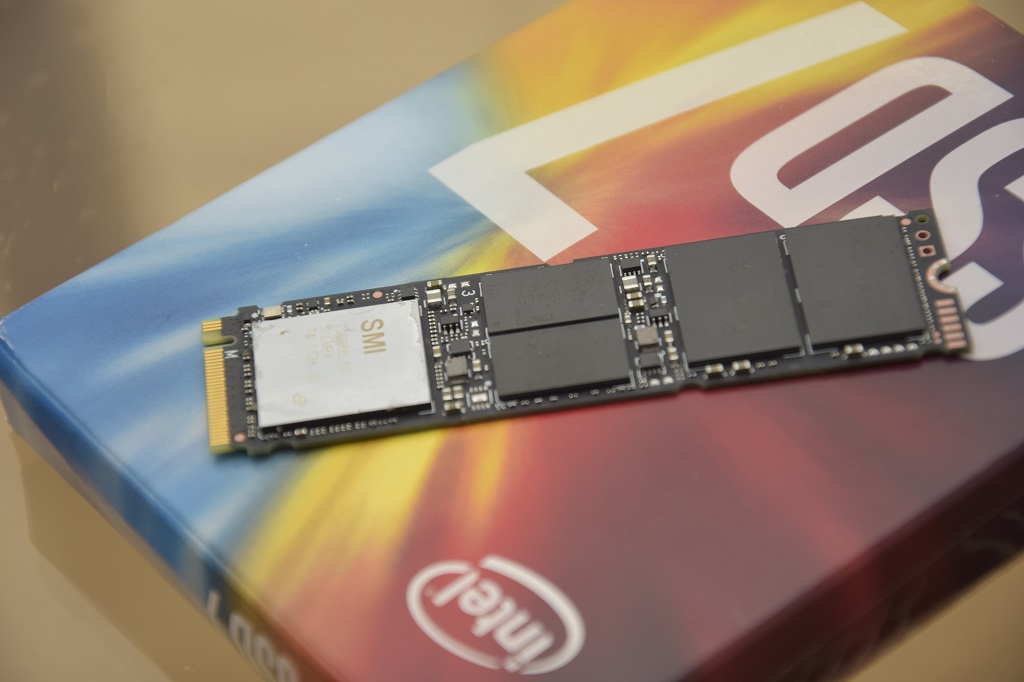 The SSNUMXp SSD drive Intel Consists of only five chips. The drive flash controller is made by SM2262 Silicon Motion. This controller is connected in two channels to two memory chips of micron type DDR4 (Center of image). To their right, there are two storage chips, each of which is 256 gigabyte.

Just like the connection between a computer's main processor and RAM memory, so does the connection between the controller and the SSD drive and its memories. There is work data storage that needs to be done for this processor, and there is a priority to be close and quick to visit. It is important to note that Silicon Motion Also display a controller that uses the main computer memory for this operation.

The price of 760p in 512 is gigabyte in principle, the same as the price of the competing Samsung drive, so most uses are a choice between these two when considering the purchase of an ultra-fast drive in the 1000 area. Here are the performance tests of these top-of-the-line drives in various scenarios which the average home user operation.

To these two drives going head to head we added a Seagate standard hard disk drive with an 3TB volume next to a drive SSD Standard SATA interface and traditional sample OCZ Vertex 460. This is to give good contrast and display how fast M.2 drives are. 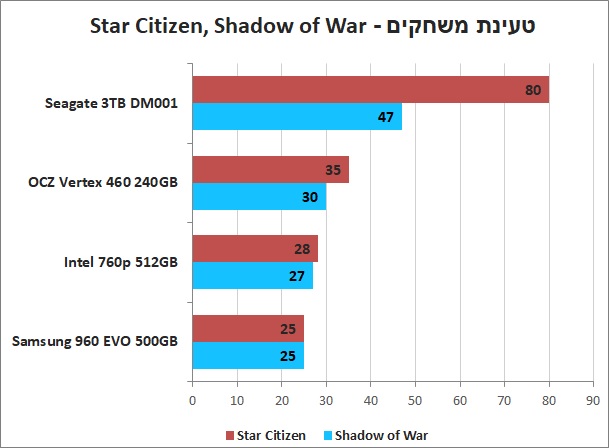 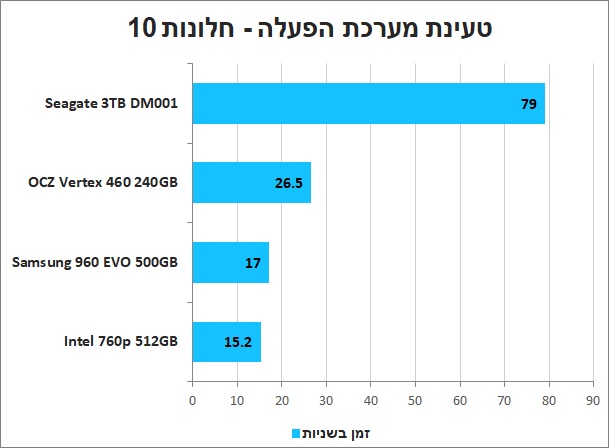 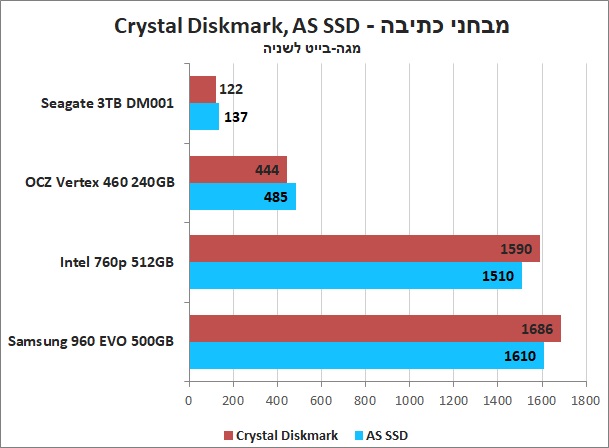 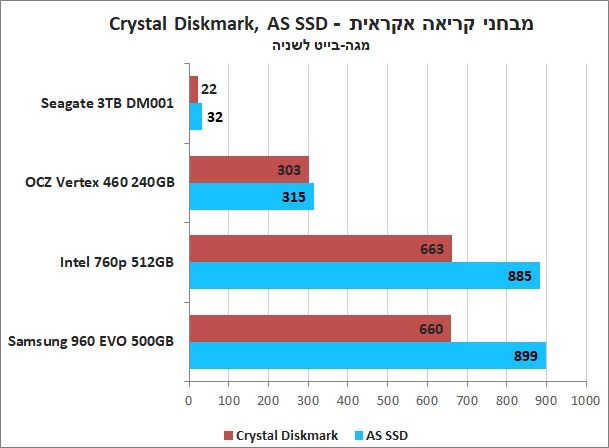 Notice how close the drives are Intel And Samsung to each other. When it comes to game loading speed, the 960 hand is on top, but with a relatively small and negligible margin. Loading drive operating system Intel Is found in similar transport. Notice how close, right up to the standard deviation of these two drives, when they exchange blows at reading and writing speeds.

Silicon Motion has been able to create a fully functioning controller. Application of Intel Combined with Micron in preparing this drive has been very successful.

Is there a new natural choice in the NVME category?

Let's start with Intel's most obvious advantage here, and it is a significantly longer warranty period than that of Intel סמסונג. When it comes to the means storage, Reliability and responsibility are very important. While your information will disappear if the drive stops working, it is best to happen at a time when you will at least get a new one instead. 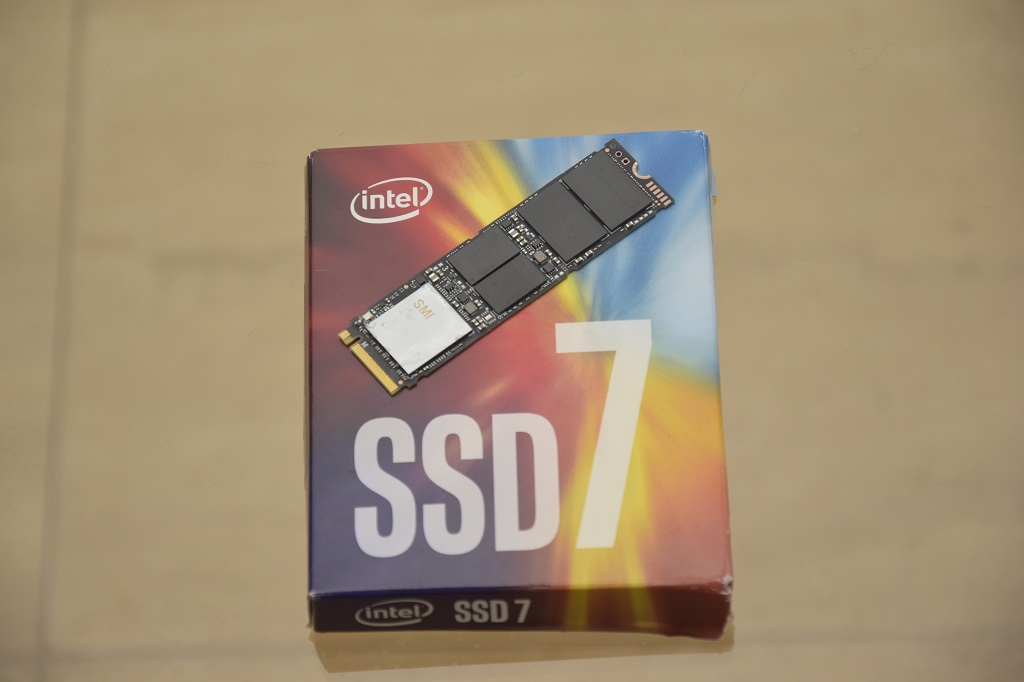 The price of the drive is approximately NIS 1000 and is expected to be available later this month. This price puts it as a worthy upgrade that can be considered for some more advanced computer systems than average. Remember, a SATA drive such as MX500 is now available Crucial, A brand belonging to Micron itself, in a volume of 500 gigabytes and at a price of about NIS 650. The financial addition when you look at the budget of an advanced computer is not great at all.

Another consideration that can make 760p a worthwhile choice is power consumption. While this drive effort needs a quint and a half of electricity, while it's of סמסונג About 2.5 watts or more. The addition is small and not particularly significant for personal computers, but can be important for those with lightweight laptops. As a result of the differences in power consumption, the differences in heat emission are not small either.

I am very happy that after serious top end products such as the 900p, Intel Launches True Drive For Masses. The 760p is a fantastic piece of engineering, and a fair and serious response to competition. I will strongly recommend it to anyone who wants a drive SSD Extremely fast at the M.2 interface and will also provide an extended warranty period.