The architecture of Comet Lake H in the tenth and new generation of Intel Based on the Ninth Generation, it contains a series Processors In the range of four cores to eight cores, HyperThreading technology accompanies all processors without any exception. 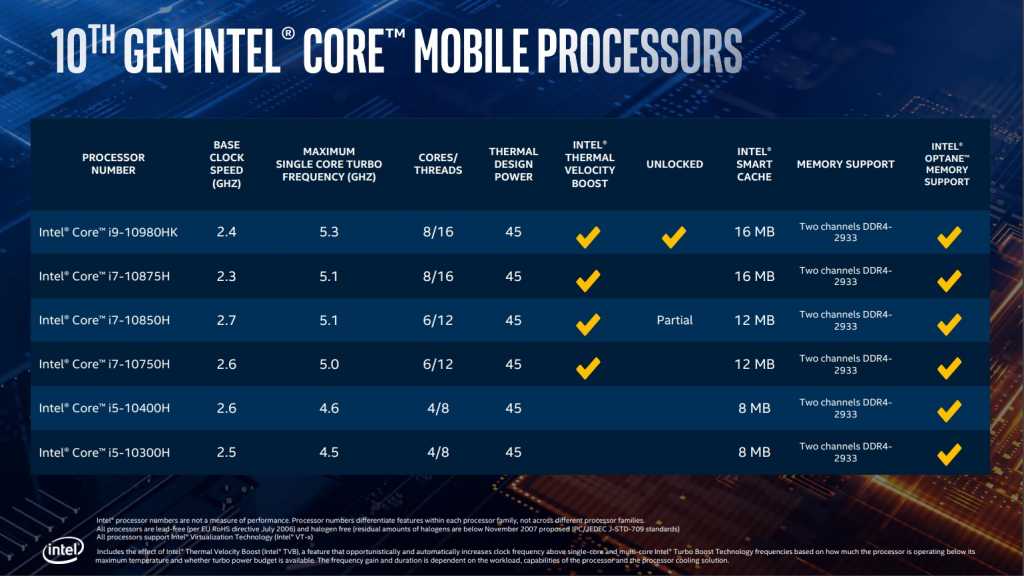 At the top is the list of processorscore i9 10980HK, an 8-core and 16-cap processor capable of reaching a maximum frequency of 5.3Ghz for 2 cores during work. It's about 300Mhz over thecore i9 9980HK it replaces. Of course it is important to mention that the K in the name can be done Overclocking Manual for this processor.

Close behind you can find thecore Although i7 10870H does not allow Overclocking Manual, but comes with the same core composition and very tight working frequency. Practically, a difference between the two is not likely to be noticeable to the vast majority of users, and this processor is likely to be significantly popular with many gaming PCs. 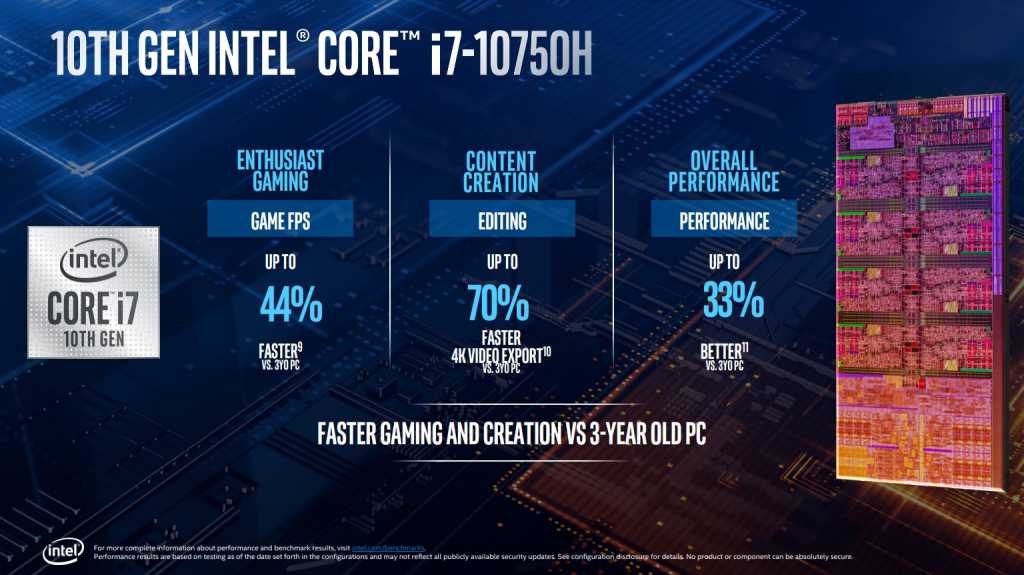 Also,core The i7 10750H is expected to be a very interesting processor, with a healthy 6-core and 12-cap configuration and up to 5Ghz working frequency, suitable for both gaming and professional work. This is a plus of 500Mhz across core i7 9750H, such a processor has become popular even in the cheaper categories of gaming laptops.

As far as the composition of architecture is concerned, we know that it is the same as we have seen so far in the previous generation. The core contains up to 8 physical cores, alongside a memory controller DDR4 Which supports natural up to 2933Mhz frequency (slight improvement over the previous generation 2666Mhz). Despite being Processors For high-end computers, Comet Lake H includes Core Built-in graphic type Intel Graphics UHD 630 which is nice for those who do coding and other operations that can rely on this graphic core.

Cache memory remains 16MB in the senior models, with 12MB of them at third level and the rest at first and second level. The CPU heat casing is set at 45W when you core i9 10980HK can be embedded in computers with a 65W setting as well. Short-term power restrictions vary from manufacturer to manufacturer. One who chooses will be able to give this processor a significantly higher power consumption for a few seconds to complete one or the other calculation operation. 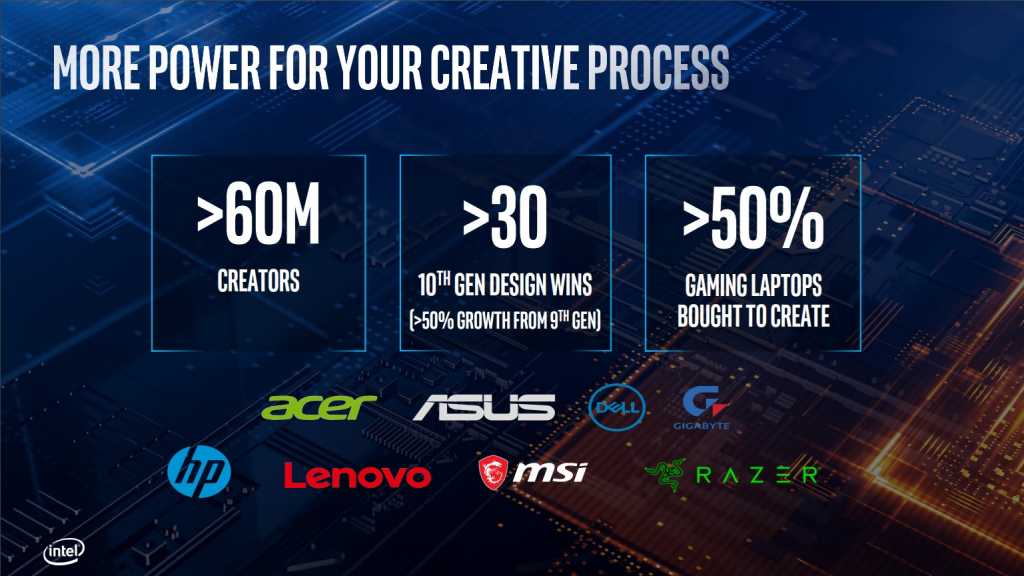